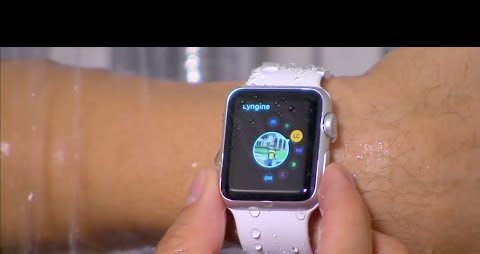 These days question such as these are getting common since the influx of waterproof devices. Showering or bathing with electronic devices, might not be a safe bet but before doing any of such you need to be sure that the device you want to shower or bath with has some water resistance feature

Recommended: Can you wear Airpods in the shower

Focusing on Apple Watch, the question “can I shower with Apple watch?” might have crossed your mind many times before searching for it. Probably you’ve seen some YouTubers submerge their apple watch inside water and afterwards, it seems to come out unaffected. Or maybe you are risk-averse, and you want to be double-sure before you take that steps.

Whatever the case may be there are a few things you ought to know before going into the shower with your Apple watch.

And below I will briefly discuss those few things before giving an answer to “can I shower with Apple watch?”

Table of Contents show
1. Are Apple Watches Waterproof
2. Difference between Water Resistance and Water Proof
3. Can I Shower with Apple Watch?
4. How to turn on Turn on Water Lock
5. Can I shower with my apple watch 7
6. Can I wear my apple watch to the pool?
7. What to do if Apple watch Gets Wet 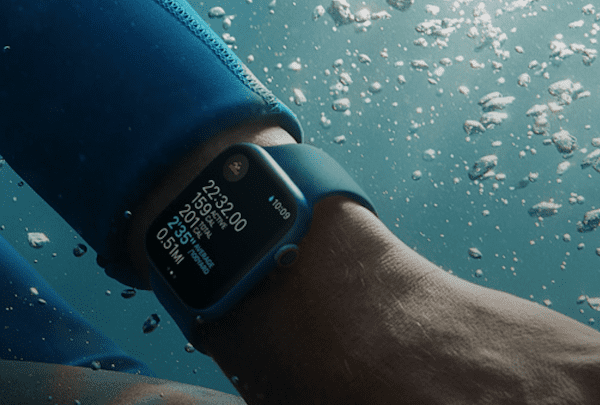 Apple Watch comes in different series, ranging from series 1 to series 7. These series have varying levels of features and one of them which we will be focusing on is the water resistance feature. You might be wondering why the features are listed as water-resistant and not waterproof. Is there any difference between water resistance and waterproof or is it just a mere duplicate word?

Water resistance usually comes with ratings and these ratings depict what pressure of water it can withstand. Usually, devices that are tagged as water resistant can’t stay underwater for too long and they could deteriorate quickly.

However, a waterproof device simply means the device can be submerged in water for as long as you want. However, constant submersion could lead to deterioration over time.

The difference between the two might not be much of a gap, but most manufacturers prefer to sell water resistance to their users to keep the device safe and long-lasting.

Now that you are aware of all these let’s find out if you can shower with your apple watch.

Can I Shower with Apple Watch?

Apple watch series 1 comes with a water resistance rating of IPX7, while other newer series comes with a 50m water submersion limit. Since that is the case, you can definitely take it for a shower without any issues. But before you go about doing that, there are some things you ought to know about the apple watch.

While you are showering, ensure that the watch is not exposed to soap or soapy water

In addition to all that, If you turn on the water lock before entering into the shower or before swimming, you will hear a series of beeps that gets louder over time. The reason for this is, the beeps work hand in hand to push out water from the watch.

This is a better alternative to shaking

How to turn on Turn on Water Lock 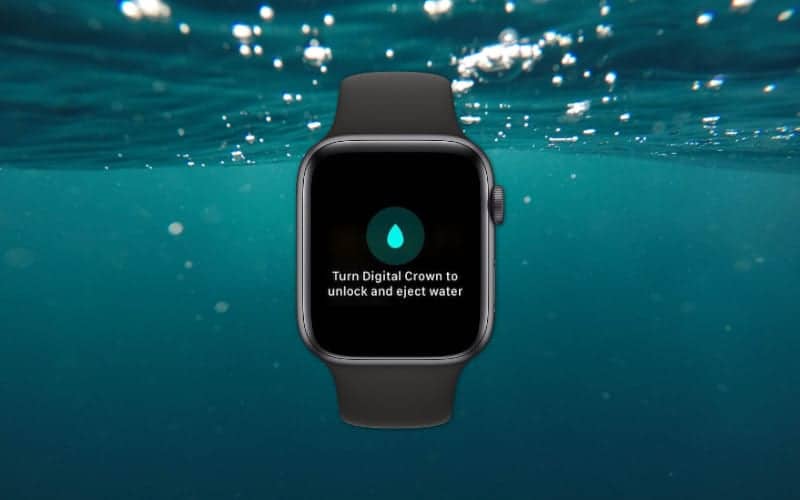 Before you go into the shower, or into a swimming pool you do not want the drops of water accidentally registering as taps on your apple watch so you should ensure that you turn on Water lock mode

Can I shower with my apple watch 7

Apple Watch 7 comes with a 50-meter water resistivity. With this feature, you can comfortably shower with it. But then, it is not waterproof so you want to be cautious of wearing it in the shower for too long as it could deteriorate quickly.

Can I wear my apple watch to the pool?

Wearing your apple watch in the pool means you would be constantly submerging it inside the pool. The water resistivity of the apple watch is not suited for a long submersion period. It is only tested that it can be submerged for a limit of 50 meters but not for too long

What to do if Apple watch Gets Wet

If your Apple Watch gets wet, you don’t need to fret about it. The first thing you should do in this scenario is to wipe it off with a nonabrasive, lint-free cloth. Don’t just run off to charge it or connect it to power.

Doing this would stop the possibility of getting a muffled sound due to water seeping into the watch. Before this skips my mind, you should not shake the water to remove the water inside it could spread to more delicate parts if you do this.

All you need to do is dry clean and dry it afterwards before charging it.

If it gets too wet and after drying it, your apple watch is grossly affected, you might need to contact apple support For repairs

However, it is safer to avoid wearing it too frequently to the lower, if you want the watch to last longer. Constant exposure to water would make the apple watch deteriorate.

That aside, you also want to ensure your apple watch is not falling too frequently. This could weaken the water resistivity making you more exposed to water damage if you constantly wear it to the shower.