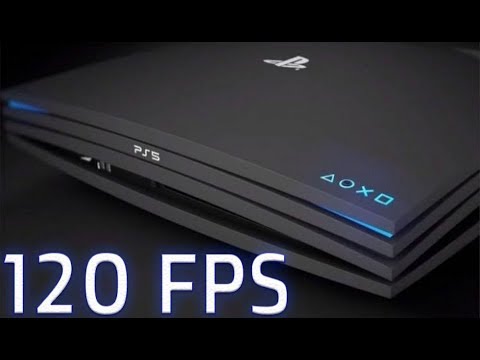 How Much FPS Does PS5 Have? If You are looking for answer to this question, then this article will help you with all you need to know

The excitement surrounding the latest version of the PS5 has been constant among fans. The PlayStation 5 has been released and has put an end to much speculation and rumours about the specifications and features of Sony’s latest console. So far, almost every detail of the PS5 has been posted on the internet, revealing much of the surprise that today’s newest launch event would entail. While Sony itself has posted vital information on the console to keep the excitement going.

With PS4 and Xbox One rocking chairs on the porch, crumpled and smouldering wooden pipes and rants from past glory days, and next-gen consoles on the horizon, many gamers are still trying to figure out who they will side with this time. That means you have to look at the technology and answer questions such as, what launch titles will be available for the PS5, or in this case what FPS the PS5 will have.

But to answer that question, we must first answer another:

FPS refers to the frame rate, or frames per second, displayed on the screen in any type of ad. Like flipping through a series of pages with old school animation drawn on them, this enables us to perceive movement through a series of static images that are displayed one at a time in a sequence that gives the illusion of movement. The key to this illusion is the subtle changes between each frame.

Long story short: FPS refers to the number of frames per second displayed on the screen and is a measure of the smoothness of moving graphics on a screen.

How Much FPS Does PS5 Have, and What is the maximum FPS on the PS5?

The PS5 will indeed be a technical powerhouse capable of running games at 8k resolution and 120 FPS. But don’t expect this to be the standard for all next-gen PlayStation games. The frame rate doesn’t just depend on the console. This also depends on the game and the screen it is connected to. For reasons we’ll see later, many games can’t run at 120 FPS and are capped at 60 or even 30.

Even so, there will be plenty of PS5 games that can hit this three-digit frame rate. Devil May Cry 5 Special Edition, the new Call of Duty: Black Ops Cold War, and Rainbow Six: Siege are just a few of the confirmed games that hit this frame rate of 120.

In addition to knowing how much FPS does the PS5 have, it is vital to know what you need to get the 120 FPS.

To get that smooth 120 FPS on the PS5, you’ll need A) a game that can do this and B) a TV with an equally capable screen. The deadweight on either side of the equation can reduce the frame rate of the entire experience, no matter what the tango console wants.

Simply put, if your screen is unable to match the 120 FPS broadcast by the PS5, it will not display the frame rate you expected. A television with a refresh rate of 60Hz is a hard limit on the FPS of a newly discovered alien game, console, or game suite of the future, no matter how powerful it is. One hand should wash the other.

So gamers looking to take advantage of the PS5’s delicious frame rate should do some research before choosing the right TV. Yes, that means the entire PS5 game could cost you some penny at the end.

How much FPS does the PS5 have? Are 120 FPS Gaming the Best?

A higher frame rate can provide distinct benefits for highly competitive gamers, especially in certain genres like shooters, battle royales, MOBAs, or anything else with a high-speed PvP bias. A smoother on-screen animation gives players more insight per second into the movement of things on the screen, whether it’s projectiles or other animations, lean more easily on reflections and perform clutching manoeuvres. Someone playing at 120 FPS can see the game world double or even quadruple the clarity of players playing at 60 or 30 FPS.

For the casual gamer and the general gaming audience, the benefits associated with achieving that divine 120 FPS can be outweighed by the many disadvantages associated with it: simpler designs, less robust rendering and environments on a smaller scale. It is difficult for the hardware to draw 120 fps on your screen, and higher resolutions with ever-increasing levels of detail only make the job significantly more difficult.

Less anxious to exploit all possible competitive advantages, the layman will generally be more likely to spend their money on the sheer visual brilliance of a game. The prettier the game, the more likely it is that he’ll buy it. The more details there are, the more polygonal the models, the more realistic the lighting, the more beautiful it becomes. Hence, developers who for some reason expect to be paid for their hard work and dedication tend to be laypersons first. And that means higher resolutions and more visual flair take precedence over things like the frame rate.

So it’s up to you, the individual player, to decide. In most cases, the higher the frame rate, the better. Note, however, that this can come at the expense of high-resolution textures or cutting-edge modelling, which gives many games a fantastic factor when you first see them.

Hope the topic ‘How much FPS does the PS5 have” was able to provide you with the information you need. Do well to visit our homepage for more information.