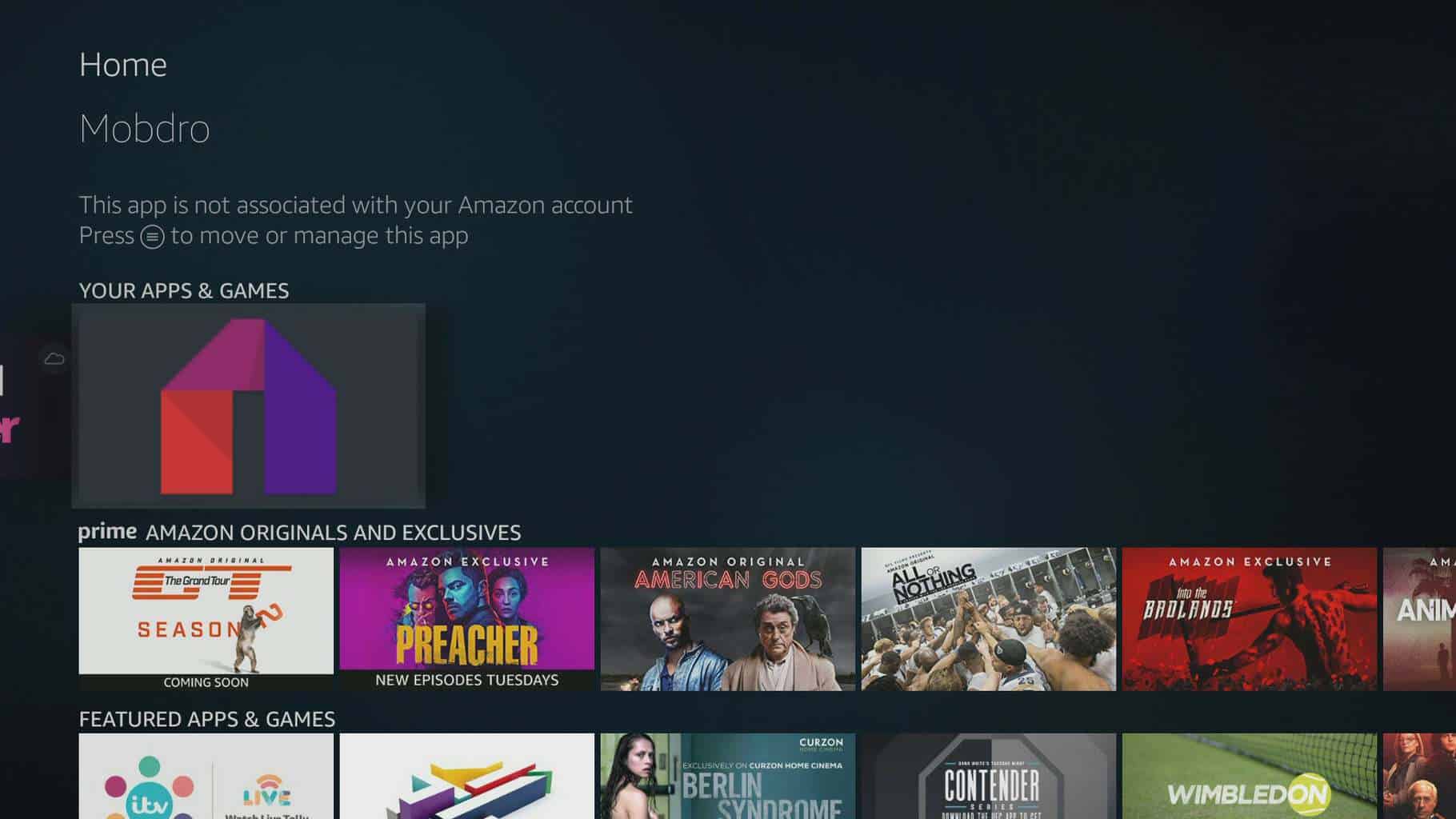 Mobdro not working on Firestick is no longer news. Since the Mobdro app was shut down in February, we have all been searching for the Mobdro app replacement on Android and other streaming devices such as the Firestick, and Smart TVs including the Apple TV, Samsung Smart TV, and Roku device.

Since Mobdro is not the only streaming apps for Firestick, we can quickly switch to the Mobdro alternatives or replacements, therefore, in this article, I share with you some Mobdro replacements to fill the gap for Mobdro on your Firestick since the Mopdro app isn’t working on Firestick any longer.

Therefore, in this article, we will consider how to fix Mobdro not working on Firestick using the app replacement as an alternative.

Update: Mobdro was shut down due to the legal actions leverage against the owner. So, Mobdro may never come back to life again except for sharing legal content.

Here is how to fix Mobdro not working on Android phones.

Mobdro not Working on Firestick: Here are the Replacements or Alternative

Even though there is no better replacement for Mobdro because it’s completely free to use. But, instead of staying idle without an app or software to watch your favorite channels, movie, episodes, TV shows, and live events, we would recommend some of the streaming services that offer a free trial before you commence your future streaming with them.

I have covered everything you need to know about Pluto.tv in this article on how to activate Pluto TV on Firestick. And I will revisit it today as one of the best replacements for the Mobdro streaming app out there.

Pluto TV is a completely free streaming app without copyright issues. The app is available in the Play Store and Amazon app store. The Pluto TV app aired popular channels such as BBC, CNN, TVC, MTV, Sky News, and other popular channels around the world for free.

Pluto TV also has a collection of content on-demand if you want to take your loyalty beyond free access. But, the downside of the Pluto TV app is that it contains ads to maintain the app and sustain the service.

So, while using the Pluto TV app on your Firestick, you will come across various ads to keep the service running smoothly.

So, if Mobdro not working on Firestick is bothering you, you should consider the Pluto TV app.

Mobdro app stands out when it comes to the total number of channels the free streaming app is airing unlike the Xumo TV. Although, the Xumo TV offers a reasonable amount of channels and access to various live events the Mobdro app is considered over the Xumo TV.

However, the Xumo TV is a better replacement or alternative for the Mobdro app on your Firestick since the Mobdro app has stopped working on all Firestick versions due to legal action against the app and other streaming devices.

Since the Xumo TV is legal and available in the Amazon App store, you can easily download and install the Xumo app on your Firestick to fix the Mobdro not working on Firestick we are all facing.

Just like Pluto TV, the downside of the Xumo TV is that the streaming app runs ads to keep its service running.

But, if you wouldn’t mind the ads, you can take the Xumo TV as your Mobdro alternative.

Redbox is different from Mobdro. But they both have the same goal which is to sare access to free movies, TV shows, episodes, and TV series but in a legal way.

On Redbox, there is no access to a premium channel that can put the app in danger of legal action. While the Redbox app developers keep adding more channels regularly, they maintain adding free channels on regular basis to keep the streaming app up-to-date.

Redbox Free Lives TV has a web-based platform, unlike Mobdro where you can easily access the platform on your Firestick and other streaming devices.

So, once the Mobdro not working on Firestick hits you, you can just turn to the Redbox live TV service on Redbox.com, access the free channel, and start streaming on the platform for free.

However, to use the Redbox Mobdro replacement effortlessly on your Firestick, download and install the Silk browser and visit the free movies streaming page.

If you are using Firestick you would know much about Kodi. Kodi has a lot of add-ons that make having a Firestick device demanding. Kodi isn’t a streaming service or platform. But, with Kodi, you can install add-ons to watch free movies, episodes, TV series & shows, etc on your Firestick to replace the Mobdro on the Fire device.

However, Kodi is not only for Firestick. The Kodi app can be downloaded and installed on Mobile (Android & iPhone) and computers.

However, for Kodi to serve the purpose of the Mobdro app (shut down) on your Firestick, you need to find out the best streaming Kodi add-ons for your Firestick.

Firstly, you need to know that Sling TV is a paid service. So, no ads to disturb your streaming. And no fear of illegal user or IP tracking. If you want to take some time off using a free streaming app, you can start with Sling TV as your number one paid Mobdro alternative.

Sling TV has access to hundreds of cable channels including but not limited to CNN, Fox News, TLC, AMC, History, TNT, Cartoon Network, Discovery, FX, and many more.

However, if you are on a low budget Sling TV might not be for you. Sling TV is unlike other (paid) streaming services where you enjoy at least 3 days free trial and at max. 30 days free trial.

So, to start with Sling TV you will be charged a whopping $35 per month. This is different from Mobdro with free service you said? But Sling is 100% legal while Mobdro is not safe and illegal.

Airy TV is an entertainment app. So, if you are looking for a Mobdro alternative in the entertainment niche, you should consider the airy TV app. Unlike Mobdro with access to all streaming categories, Airy TV only focuses more on sharing entertainment content which includes comedy, anime, discovery, history more than they do for TV shows, movies, and sports.

We believe that the Airy TV app will bring relief to the sudden disappearance of the Mobdro TV on your Firestick.

We won’t complete this guide without naming LiveNet TV as a popular and free alternative to Mobdro for Firestick users. Live Net TV has 9 different categories with more than 800 channels. That is more like the Mobdro app right?

Just like the Mobdro, the LiveNet TV doesn’t require a sign-up or subscription to access this huge database of free movies, TV shows, series and episodes, and live TV channels on your Firestick.

To keep the LiveNet TV app up-to-date, the developer adds more channels on regular basis to make sure that users have nothing to miss.

In conclusion, Mobdro not working on Firestick is truly a slap on all fans but when you look at the fact that the service is illegal for sharing copyright content, you would want to accept that nothing free ever last for free. So, buckle up and forget about the Mobdro app and focus on the Mobdro alternatives or replacements we share in this article.