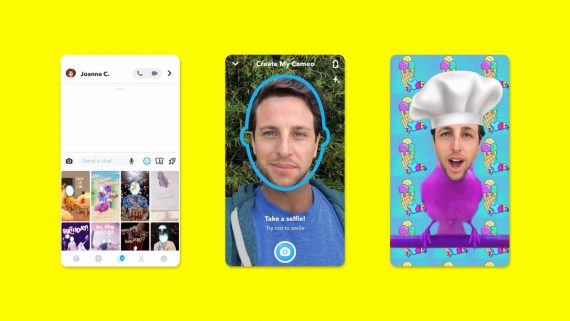 Still wondering What a Snapchat Cameo Person is? This article will provide you with all the information you need about it.

Snapchat is an essential tool for keeping in touch with people all over the world. The whole concept of making selfies disappear has taken the world by storm.

Also, Snapchat introduced “cameos” that you can use to personalize your instant messages. In this article, we’re going to cover what a cameo character is and how to define your own.

Cameos make you the star of your looping videos that you can send to your friends in chat. Whether you’re excited, exhausted, or want to say hello, you can now find the perfect cameo. You can even customize the subtitles of some cameos to make them your own!

You can search and send cameos in chat right next to your stickers. They’ll roll out on iOS and Android in the coming weeks, with over 150 cameos to choose from, with more to come.

To get started, tap the cameos button on the chat sticker bar, take a selfie, and choose a scene to jump into. If a friend made theirs too, you could even play two-person cameos together!

What are Snapchat Cameos?

Snapchat’s Bitmoji stickers were a huge hit. With the app, you can create a Bitmoji avatar of yourself and dress up as you wish. Stickers can be used in chats, snapshots, or stories. It was a great way to personalize your message. It was basically like a personalized emoji. Building on this idea, Snapchat introduced Cameos.

Cameos are short, action-packed videos that you introduce! At least your face. There are several cameos to choose from. You can add cameos to your story, capture them, or even use them in a chat! Snapchat cameos can be compared to GIF. They are a powerful way to express yourself without having to use words.

What is A Snapchat Cameo Person?

Your cameo person is you. The cameo feature takes your face and overlays it with a character in the video. That way it looks like you are part of the video in person!

How to Create your Cameo Character

To make your cameo character, you need to set up your selfie first. Launch the Snapchat app and chat with any user. Now tap on the emoji button next to the chatbox. You should see all of your regular Bitmoji stickers (if you’ve linked Bitmoji to Snapchat). 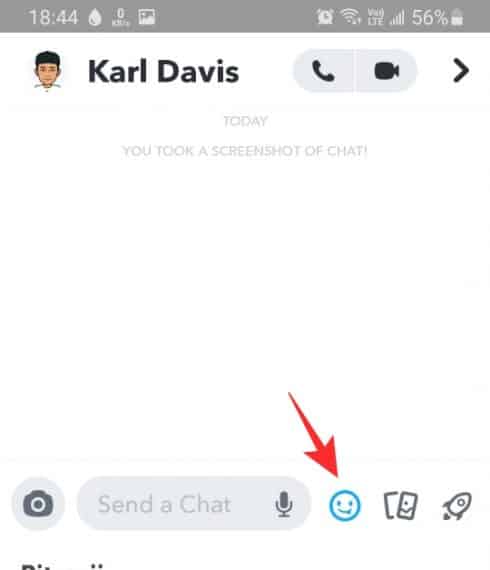 At the bottom, tap the option next to Bitmoji. The icon shows a blank face with a + sign. This is your cameo tab. 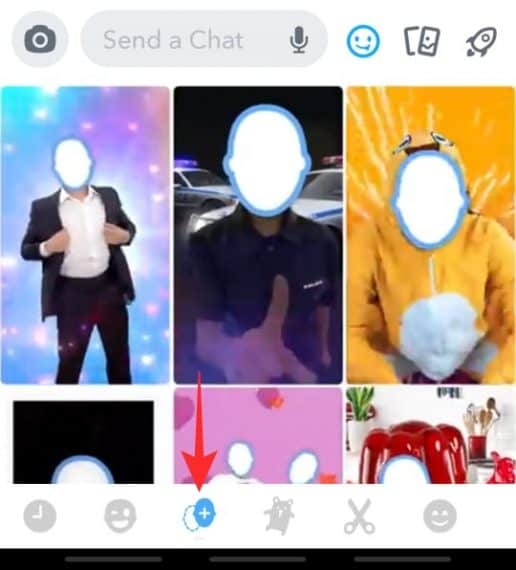 Select any video on the tab. Your selfie has not yet been saved. Once it does, you have your face in the cameos. Once you’ve selected a video, you’ll be asked to take a selfie. Perfectly place your face in the indicated section and click on the photo. 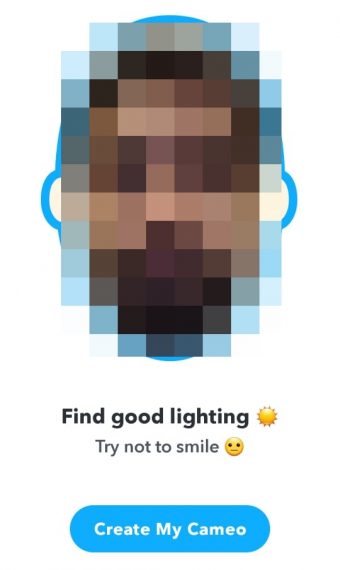 Then choose your gender and click “Next”. You can also skip this step. You can always move back and repeat the selfie if you don’t like the result. To do this, tap “Take Selfie” again to start over. 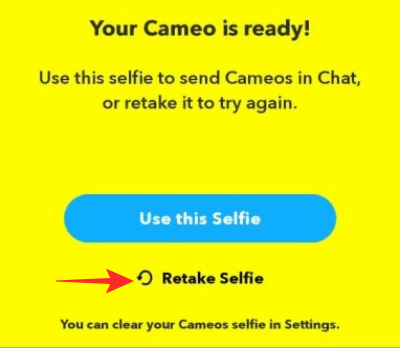 How to use your Snapchat Cameo person

After creating your own Snapchat cameo character/person, there are several different situations you can use to use them.

You can use your Snapchat cameo the same way you use your Bitmoji stickers in a chat. Snapchat cameos are a great way to customize your reactions in the app.

To use a Snapchat cameo, launch the app and swipe right to see the conversation page. Now select the chat you want to use Cameo for. Since Snapchat Cameos doesn’t have a search option, you’ll need to use the dialogue box.

Tap the emoji option next to the chatbox. Your cameos will show up under your Bitmoji stickers. Select the cameo you want to send and tap on it. 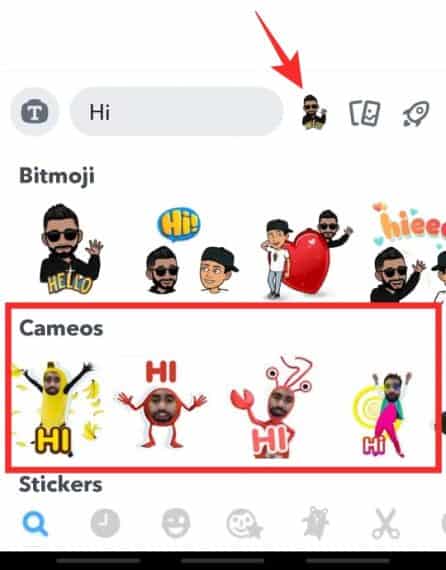 In Snapshots and Stories

Now press the “Sticker” button on the right. 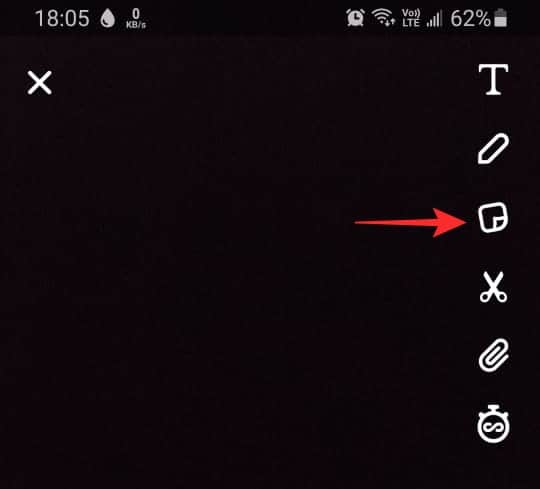 Press the “Cameo” button on the top. These are all the cameos you have. You can make good use the search bar above to narrow your search for the perfect cameo. Tap the cameo that you want to add to your Snap. 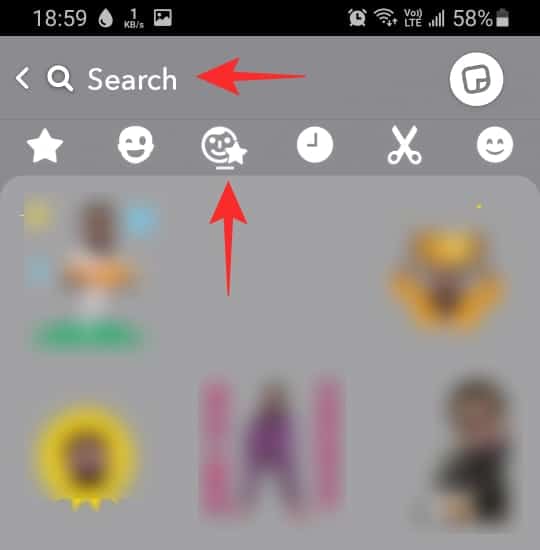 Send the Snap as it is or like a story.

How to re-take a Cameo person selfie

Well, you can’t expect to look the same years later. Fortunately, Snapchat lets you change your cameo selfie as many times as you want. To do this, however, you must first delete your old cameo selfie.

Launch the Snapchat app and tap your Bitmoji avatar in the top left. 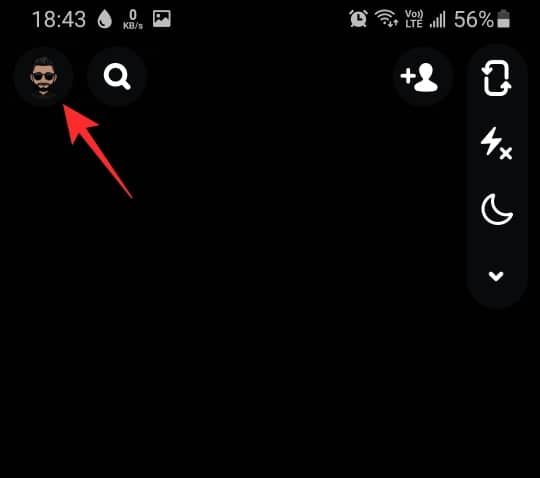 Now go to Settings and scroll down. Tap Remove My Selfie From Cameos and confirm again that you want to remove your selfie.

Now use the guide above to take a new Snapchat cameo selfie.

How to Change the Text on a Snapchat cameo

Snapchat cameos is a great way to populate. Use the dialogue to create a cameo based on what you write. So if you type in “hello,” your Snapchat cameo character will contain the word hello.

Thanks to Snapchat’s relatively new cameo feature, playing Snap is a lot more fun for many users of the app. But taking a cameo selfie is a little tricky at first. Once a Snapchat user takes and approves their first selfie on Snapchat Cameo, they may want to change it.

Once the user realizes this, the next task is to find the selfie camera for the cameo function. This can take longer than many users expect. Therefore, they are somewhat confused by the application. Snapchat’s cameo selfie feature isn’t as optimized as you might expect.

But here’s the kicker: As soon as a user knows who to switch their selfie to, they know where to find the function in the future.