For the first time here on Gadgetswright we’ll be talking on how to control your computer hotspot and barred authorized hoggers from using your internet connection. With current technology level you cannot tell whether your Hotspot password hasn’t been cracked by tech nerd in your area. Use the strongest password to secure your Wi-Fi, some bad ass hacker can still hack into it and use your Wi-Fi without your consent. While I was try to be proactive with my PC hotspot I found a software called WiFiKill for controlling Wi-Fi and I decided to test it out and see whether I can truly barred suspicious Wi-Fi hacker using the software.

And it do really works!

With the software I was able to cut-off all my hotspot internet hoggers and control my local network using this software. WiFiKill is an apk file for Android phone. It is used mainly to control your device Hotspot. I have not really use WiFikill apk for Android but my experience with Netkill for PC is really convincing.

For Android phone you need root access to use WiFiKill but for PC there is no special requirement. All you need to do is configure your Wi-Fi Kill software and let the app disconnect unauthorized users.

Some people called this WiFi controller Netcut. While some people called it network analyzer. The most viable part of Netcut we’d talk about is disconnecting  internet access from third party without permission.

So, if your PC WiFi serve as Hotspot for other device you control and you decide to enable Hotspot so that other devices will have network access then you may have to install WiFiKill for PC to disconnect internet connection of other users who do not have your permission.

WiFiKill or Netcut for PC isn’t a keylogger. So there is no need to be scared whether your passwords will be keystroked and reveal all your online identities and logins.

Digging Deep: How to Prevent Yourself From Keylogger

Disable Internet Connection of Other Users With WiFiKill

Following the procedure below you will be able to cut-off any users tapping your PC Wi-Fi using Netcut, popularly called WiFiKill on your PC.

Fire up a browser on your device and download Netcut installer. The file is rar (compressed) so unzipped it once you have successfully download it .

In the downloaded WiFiKill, there is additional file called ‘WinPcap”. After WiFiKill has installed successfully, it’s expected to install winPcap but if it doesn’t manually launch the file and install it on your PC. 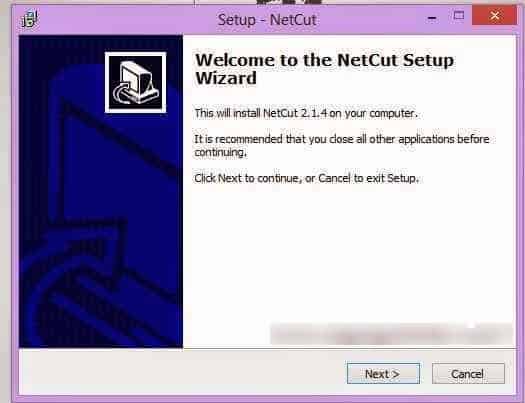 To complete installation kindly restart your computer. Launch the Netcut icon on your desktop or search for the software and launch it.

This is one of the fewer ways to protect your WiFi from hackers. With WiFiKill you can protect your wireless from been hacked and stay ahead of hackers trying to bullshit your connection with single tap to disconnect all unwanted access to your wireless and later change your wireless password.