It’s obvious that it’s very annoying when people added you to group conversation on Facebook without knowing them, most especially when most topics discussed on such group chat is of no interest to you. According to an old saying that says’ if you hang around a barber shop long enough you will have your haircut’ which is the case of while you want to leave Facebook group conversation about and that you have tolerated them enough.

But before you finally decided that you want to leave a group chat on Facebook messenger it is always good to mute messenger group chat so that you will no longer get notified whenever the group member leave messages rather you will only be able to read their messages. However, you may later decided to leave the group if content of the group is irrelevant to you in any form.

Don’t Leave Facebook Group Conversation so Soon Rather Mute it.

It’s not advisable to leave Facebook group conversation so early either on Android or on iPhone since it will automate it even on PC. Rather, it is of advise that you first mute the group chat either on Android messenger or on PC or on your choice device such as iPhone or Windows phone. Although some people added you to Facebook messenger chat without notification and without you knowing them but that doesn’t mean the group is baseless or couldn’t be full of great information that might be useful to you in the long run.

Following the steps below you will be able to mute a Facebook group chat conversation on PC. 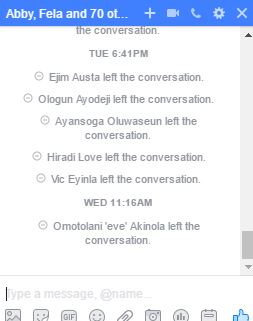 3. Click on the gear settings icon and scroll down the page and then click on mute conversation 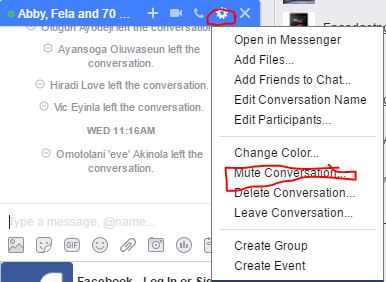 Note: You will no longer get push notifications from this group again pending the time you selected will expires. 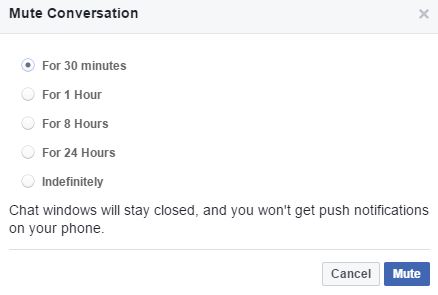 5. Just below the group members you will be notified that you have muted conversations from this group and you will no longer get a push notification from the group for the time being until the period expires. 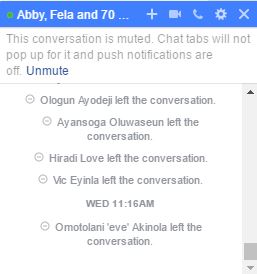 That is it … You have successfully muted Facebook conversation and you will no longer receive a push notification on your phone and messenger henceforth.

Th procedure below unwrap the exact procedure to leave conversation on Facebook group chat on messenger.

2. Click on the name of the group members. Most times, it is found within your messages before active chat and then click on it. 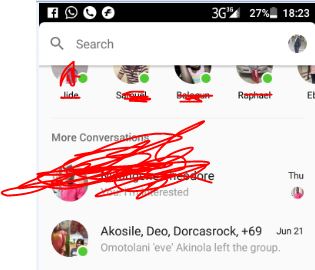 3. Click on the circle icon to the top right of the group messenger page.

4. Tap on the 3 dot to the top right of the opened page and click on leave group to exit from the group permanently. 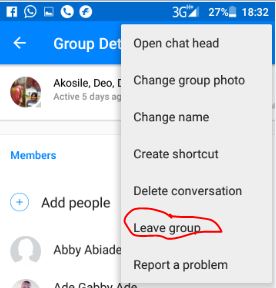 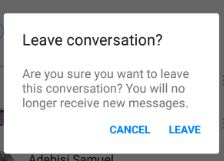 This is exact simple steps to leave Facebook group conversation on Android through Facebook messenger. And the same steps can be followed to leave group chat on iPhone/iPad messenger.