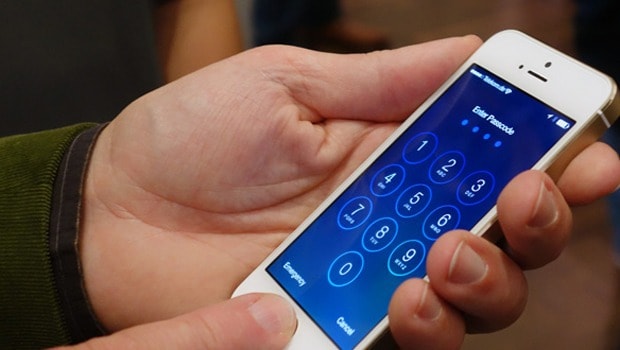 For those that uses smartphone screen guide they are still not 100% safe from broken screen if the device fall or drop from a far distance, however after placing enough priority on protecting your device screen from broken, how do you then protect the lock screen? As how do you protect your Smartphone lock screen?

This is not about app to lock screen or for lock apps for Android phone but after you have successfully use either default phone security feature like PIN code, photo grid lock, fingerprint scanner. pattern lock to lock your Android phone screen from intruder how do you then protect the lock screen?

So, it is often regarded as a best practice to secure your phone from direct access using PIN or lock screen pattern from unauthorized person from using your phone illegally and from access some vital information such as email, short messages, statement of account etc.

It’s not funny knowing that the lock screen features in iOS and Android block access to all your personal information but it’s not really covert as it can still reveal some vital information you needed to protect jealously. That is simply because intruder can still access some features such as camera and even Siri when you lock your Smartphone screen.

Here we’ll guide you have how to secure your Smartphones lock screen and makes it more secure from intruders using the main feature such as Camera app and Siri feature in iOS.

Despite these flaws in Smartphones lock screen feature there is still a way to maintain balancing when you misplaced your phone such as using the security feature to direct people on how to return your phone when misplaced once they can’t have access to it directly if not knowing how to use the main feature in the camera and Siri. Like leaving a warning message or apprehensive message on how to get the phone delivered to your destination.

However, here we’ll consider lock screen for iOS and lock screen for Android to put more light on your smartphone security features include the newly introduced fingerprint feature.

Back in 2008, Apple introduced Siri, and since then it has become very important for iOS. And by default, you can launch the program directly from your smartphones lock screen with just ‘hey Siri command’. This is actually cool when you talk about iOS smartphone lock screen with a voice command when you don’t want to access your phone lock screen directly but after this, the iOS lock screen still block some important command relating to your phone messages, email and some other vital information. Nevertheless, there still some potential problem that can still be put to work.

Funny enough, any one can simply use your phone and use Siri command to get lot of important information such as asking questions like what is your name, what is my contact number, who do I call most and other vital information which in turn can be used to harm your device.

Meanwhile, Apple leave this option open so that anyone who have your Smartphone with lock screen in possession can simply use the siri command to get back to you. But this is a flaws in iOS smartphone lock screen which can allow a total stranger or intruder who get hold of your phone to do away with some vital information using the command without your prior knowledge.

Which open more vault about your personal life like where you stay, where you park your cars, your home address etc. However, if you would love to protect your iOS the more and block all open source to your Smartphone lock screen without lock screen app for iOS, then simply follow this direction.

In practice, open your device Siri settings and click to toggle the access when screen locked to switch off and this will block access to unauthorized users using Siri command. Meanwhile, without using Siri command on your smartphone lock screen you can still prompt people who found your phone to return it to appropriate location using the inbuilt heat to health app and fill in some of your vital information

We know that Android phones are not powered by iOS and they don’t use Siri command on lock screen but there are pretty more options that are even similar. By default, once your device screen is lock on Android it’s very difficult for third party to access your device. While you have your device screen lock you can try to use voice command to unlock Google assistance, Google manager etc but nothing will show up except your unlock the locked screen.

Meanwhile, you can still get past your Android lock screen using voice command but it must be your voice alone. Meaning that unauthorized voice can not past through your Smartphone lock screen without your own voice command.

This is one of Android smartphone lock screen feature over iOS.  To enable this feature go to your Android phone security settings and tap on the smartlock option and select trust voice. Note that no other voice will be able to unlock your device outside your own. While you are enjoying this you friends will still have access to your phone camera but that is not the big deal. When your phone landed on your funny friends hand they may take as many as possible selfie behind your back but you just have to delete them.

This won’t give any access to your vital information on lock screen and it’s consider a better option to protect your lock screen from unauthorized users.

How do you protect your Smartphone lock screen? Are you using any phone lock app or you are only using the default phone lock option?

1 thought on “How to Protect Smartphone Lock Screen”