Youku is a Chinese website to stream Chinese movies for free except for the VIPs. There is a YouKu VIP which is similar to YouTube red or paid membership. Due to a series of restriction from streaming movies free on Youku in different regions, we have compiled the best ways to unblock Youku outside China and have full access to Chinese movies.

Youku.com is alternative to YouTube.com in China. As a YouTuber, to target the Chinese audience, Youku.com is the right video streaming and download website. Make sure you are able to speak Chinese fluently to the level of communicating with your audience. You can stream Chinese movies on Youku.com with the help of Youku APK app for Android in case you don’t want to visit Youku on PC.

However, if you are blocked from accessing Youku there are some ways to unblock the video’s site and start watching videos on the website.

How to Unblock Youku with VPN

You have probably heard about VPN in one way or the other. VPN means a virtual private network. It’s a service to hide online identity and remain 100% anonymous without a trace of your search history and your location.

In the real sense, while using VPN you have a specific location your IP address is tied to but the location is different from your real location.

Therefore, the first and recommended approach to unblock your access to using Youku is to use a VPN service. Some VPNs offers 30 days free trial before you finally subscribe if you love the service.

While searching for a VPN to use you do not need to empty your credit card to pay for a VPN service. Some VPN are expensive while some are really affordable. With $7 a month, you should be able to subscribe to VPN service for a month from the following VPN service providers.

For a complete list of best VPN to unblock Youku check out this article by PC Mag. It has a list of all VPNs with quality service delivery there.

Opera VPN is a free VPN for mobile. But, being a free VPN is not really recommended for Android and iOS users. Rather, Tor browser is recommended. Although, Tor is also free, yet, it appears to offer a better free VPN service. To download Opera VPN for your Android, just go to your OS apps store and search for Opera VPN and then install it. 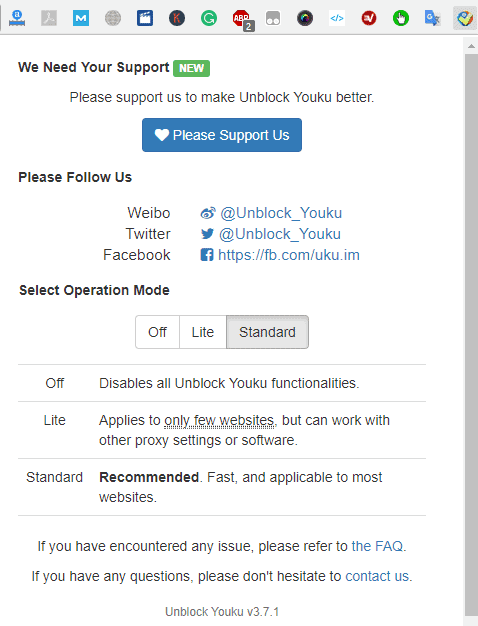 Google Chrome is a popular browser among Windows users. The browser has a lot of extensions to help fix most users difficulties. However, here in this article, we’d take a look at Youku Unblock Google Chrome extension to unblock Youku Chinese video website.

The Unblock Youku Chrome extensions are of a different type that worth your attention, however, we’d recommend Youku unblock plugin developed by https://www.uku.im/index_zhs.html. Both work perfect and without a loophole that divulges your activities. However, you need to know that the Chrome extension does not block advertisers’ and publishers’ ads.

How to Unblock Youku on Opera Mini 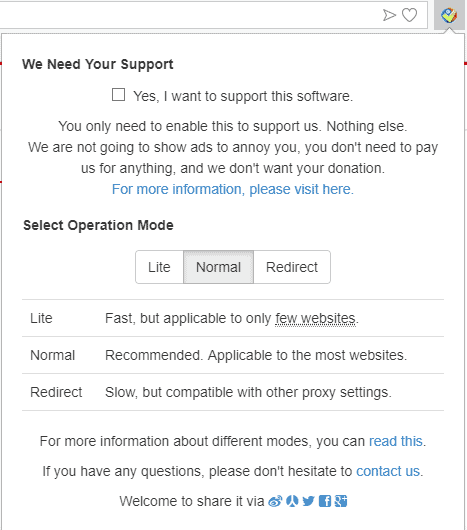 Here you can download Youku unblock add-on directly using if you are reading this article using Opera mini browser. Other browsers will return 404 error.

Similarly, you can unblock Youku on Mozilla Firefox browser with Firefox extension called “Youku unblock”. You can learn more about the extension’s source code on Github.

A simple way to unblock Youku videos streaming site is using Youku unblock extension for Chrome, Opera, and Firefox. You can also unblock Youku with a VPN.