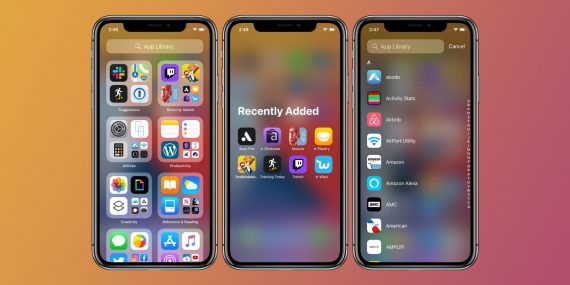 How to Group Apps on iOS 14 has been explained in this article with picture examples, to make it easy for you to group your apps on iOS 14

Before iOS 14, one of the main problems with iOS (compared to Android) was that all of the apps you downloaded had to be somewhere on your home screen. You can have folders, you can have multiple home screens, but you can’t just hide an app that you don’t use very often.

The iOS 14 version changes all that. Not only can you put widgets on your home screen, but you can also delete apps without uninstalling them. A new top-level screen called App Library contains all of the apps installed on your iPhone. It’s like the app drawer on most Android phones, but it looks and acts differently.

The current version of iOS 14 introduced many customizable features that had never been seen on the platform before. You can now create custom widgets, use third-party widgets, change app icons, create unique home screen layouts, and even hide selected apps from the home screen.

While all of these features are must-have on iOS, what about app bundling? Can you bundle apps on the latest version of iOS? Let’s take a quick look at it, and how to group Apps on iOS 14.

Yes, iOS 14 is the first generation of the iOS platform that integrates the app library. The app library is similar to App Drawers on iOS in that you can find all installed apps in alphabetical order. Apple has expanded the app library even further by introducing automatic app categorization.

At first glance, you don’t see a list of apps in the app library, but different groups for things like productivity, finance, entertainment. Games, travel and more. These categories are automatically created by iOS and provide quick and easy access to your apps with moderate usage in the app library. However, you can just tap the search bar at the top to see all of the installed apps in alphabetical order. Continue reading to discover how to group Apps on iOS 14.

How to Group Apps on iOS 14 and create folders manually

As you may have noticed, Apple is creating these new categories in the App Library for you. While this is a cool feature, it’s also a hit with apps that aren’t that popular. Often, your apps are categorized incorrectly, which can make your search difficult. In such scenarios, you can create your custom folders on iOS.

This way you can add your apps to a category and even rename the folder with whatever name you want. Let’s see how you can do this on your iOS 14 device.

Note: iOS 14 currently only allows you to create folders on the home screen. The ability to create custom folders in the application library is not yet available.

To understand how to group apps on iOS 14, you need to first add the icons to your home screen for the apps you want to add to the new custom folder. Let’s take a look at how to do it.

Swipe left on your home screen. 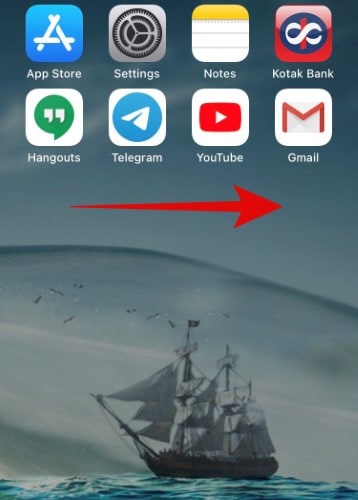 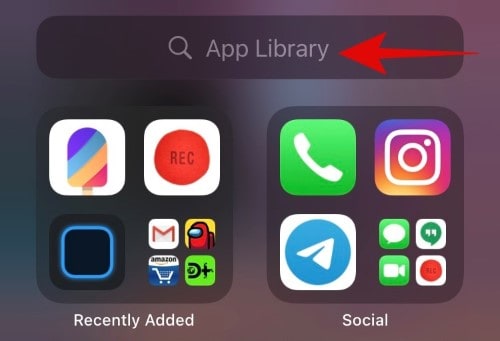 Now find the app that you want to add to the new folder. You can also scroll alphabetically and search for the app. 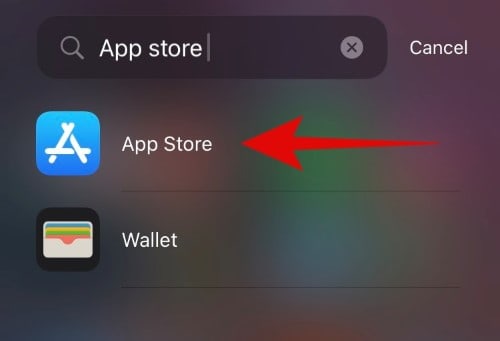 Long press/force the app once you find it and just drag it from the list. You will now be automatically redirected to the start screen where you can place the app. 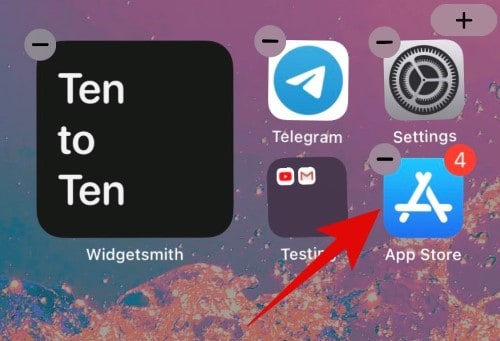 The app should now be added to your home screen. Repeat the above steps for all apps you want to add to the new folder.

After you’ve added the app icons to your home screen, you can easily create a folder for them. Let’s take a look at how to do it.

Press and hold any of the icons you want to add to your new folder and select “Edit Home Screen”. 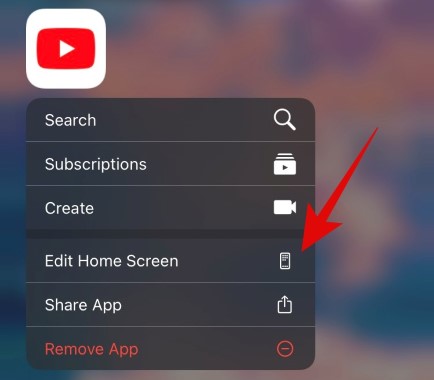 In edit mode, drag the app you want onto another app that you want to add to the new folder. 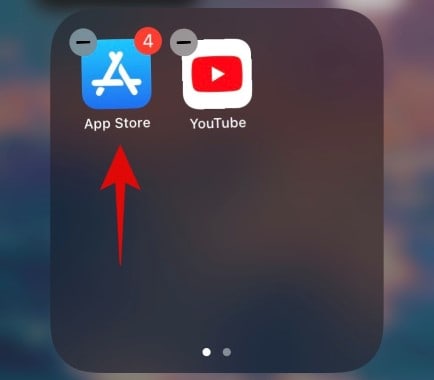 iOS will now automatically create a folder for you. Drag and drop more apps you want to include in the folder and add them.

Tap the folder to open it. 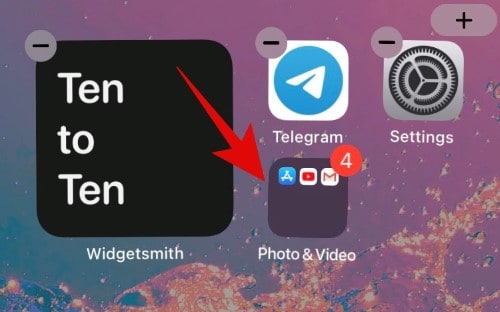 Once it opens, tap the text box at the top and enter the custom name you want for your folder. 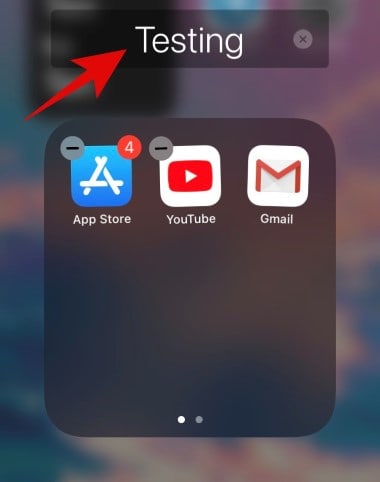 Press the start button when you’re done. iPhone X and later users can use the swipe home gesture or the Control Center gesture to get out of edit mode for the home screen.

And that’s it, you should now have a custom folder in iOS right on your home screen.

How to create folders in the application library

Unfortunately, Apple hasn’t yet introduced the ability to create custom folders in the app library. Currently, apps are automatically categorized and grouped according to their function and there is no way to change/customize this new layout. Currently, the only way to change is when adding apps that have just been installed on your device to the home screen or moving them directly to the app library. Let’s see how you can do that.

Open the settings on your iOS 14 device and tap on “Home Screen”. 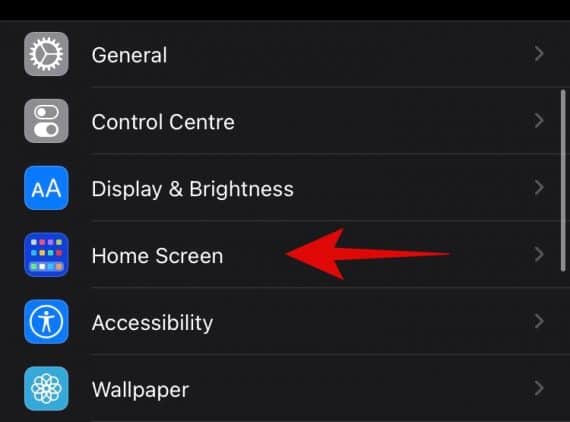 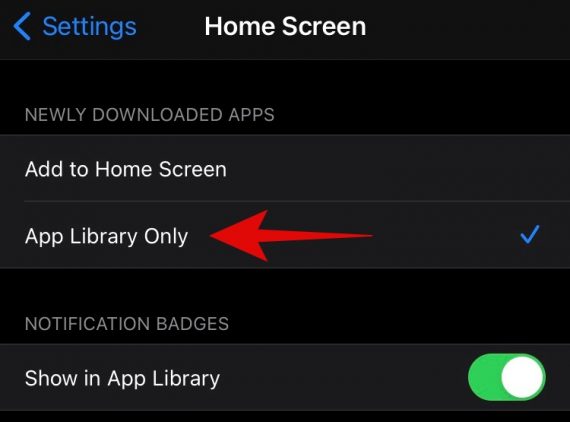 With the switch “Show in-app library” you can activate or deactivate notification points in your app library. 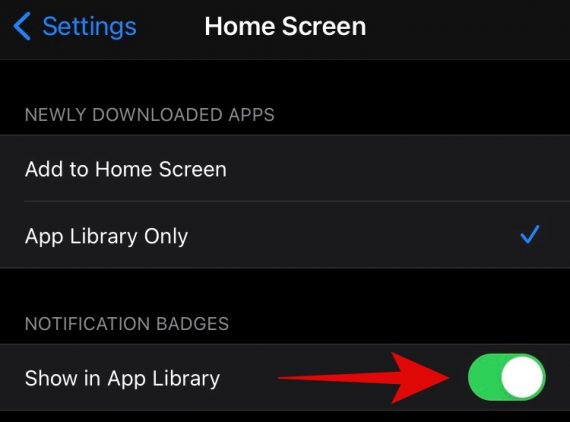 Quit the Settings app and your settings will be saved automatically.

Can you delete apps from groups instead of a folder in the app library?

This feature is also missing in iOS 14. There is currently no way to remove apps from a specific category or group or to completely change their category. The categorization of installed apps seems to be a background process. This can be useful for users who don’t want to spend hours creating a custom theme, but can be limiting for users who prefer complete freedom on their devices. There is no workaround for this issue yet, but if we find anything soon we will update this post as soon as possible.