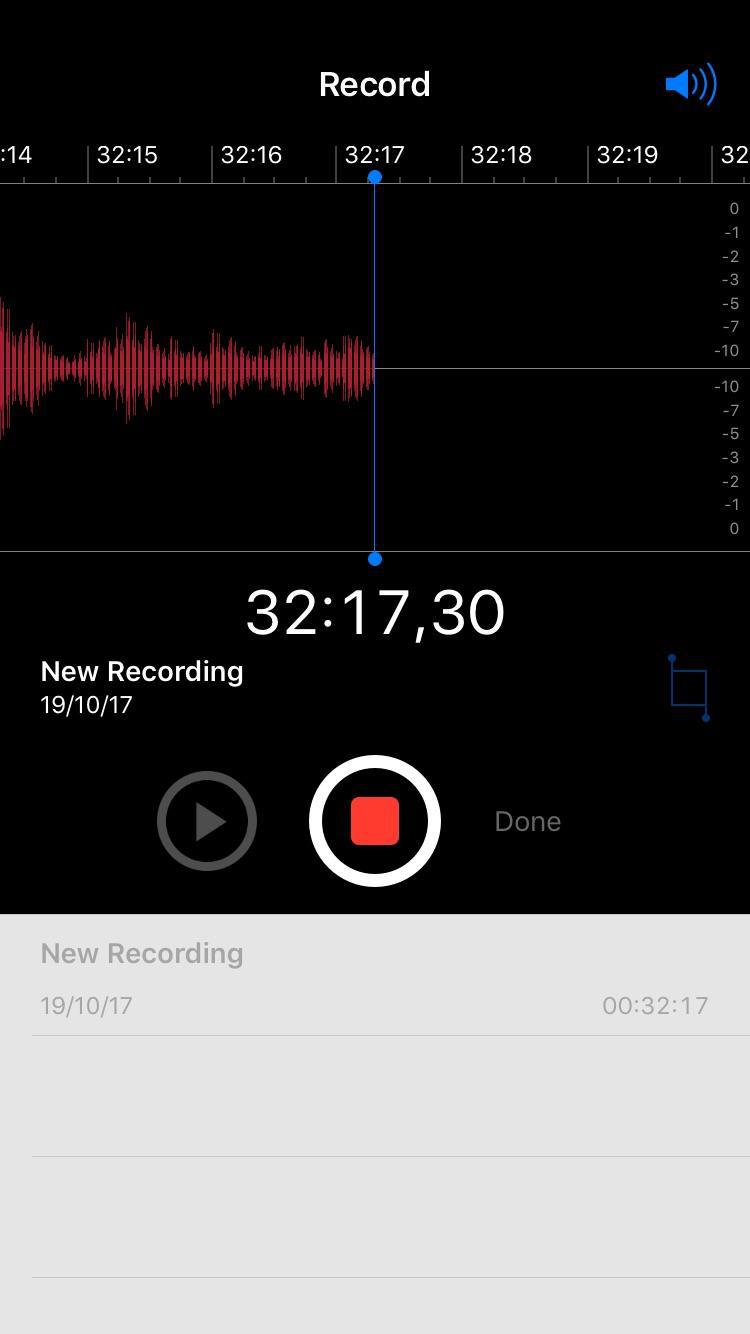 Recording is not a thing a lot of iPhone users do. And as a result, there are a lot of iPhone users who don’t know all iPhones come with an app for this. In other words, if you’d like to use your phone for some audio recording, you don’t have to download anything, to use your phone for this purpose. But as for people who don’t find the iPhone’s recording app to be good enough, you can always try out some other recording app available in the Apple AppStore. So how can we record some audio with an iPhone? Well, here in this guide you will get to know how to record audio on iPhone without using a 3rd party app.

How to Record Audio on iPhone

Table of Contents show
1. How to Record Audio on iPhone
1.1. Step 1: Locate and Open the Voice Memos App [No need to download anything]
1.2. Step 2: Tap the red circular button, to begin the recording
1.3. Step 3: Tap the red circular button, to pause the recording
1.4. Step 4: Tap the “Done” button, to save the recording
2. iPhone Audio Record Frequently Asked Questions [FAQ]
2.1. How Can I Transcribe a Recording To Text?
2.2. Why Are My Recordings Not Loud Enough?
2.3. For How Long Can I Record Continuously?
2.4. Are There Other Voice Recording Apps?
2.5. Can I Retrieve a Deleted Recording?

Here is how to record audio on an iPhone without using a 3rd part app.

Step 1: Locate and Open the Voice Memos App [No need to download anything]

To use an iPhone for audio recording, the first thing needed to be done is to locate the app which would carry out the recording. And on all iPhones, this app is called “Voice Memos”.

In other words, locate the Voice Memos app on your phone, and when you locate it, tap it, to open the app.

Step 2: Tap the red circular button, to begin the recording

When the app loads, the first interface you’d see, is an interface having a black background. And towards the bottom of the interface, you’d find a red and circular button. This button needs to be tapped, to begin the recording of whatever it is you’d like to record. And once you tap it, you’d see the counter counting how much time has been elapsed.

Step 3: Tap the red circular button, to pause the recording

Once the recording has started, the phone would continue recording unless someone stops it, or the phone shuts down for one reason or the other. And when you’d like to pause the recording, all you have to do is to tap the red button again.

Step 4: Tap the “Done” button, to save the recording

So far, we have only discussed how you may start and pause recordings. But what about when you’re done with a recording and would like to save it? Well, all you have to do, is to first pause the recording. Once the recording has been paused, you are expected to tap the “Done” button.

Tapping the “Done” button would cause the app to make an attempt to save the recording to your phone storage, but to complete the process, you’d be asked to give the recording a name.

Here are answers to some frequently asked questions on how to record audio on an iPhone device.

How Can I Transcribe a Recording To Text?

We have many people who wonder if their recording to could be transcribed into text. And the simple answer to this question is yes.

You should, however, note that the Voice Memos app of iPhones isn’t capable of doing this. So to transcribe an audio recording into text, you’d need a third-party app. And we have a good number of them on the Apple AppStore. But the best among this kind of apps, happen to be paid apps.

Why Are My Recordings Not Loud Enough?

Ordinarily, when you take an audio recording, using your iPhone, you should be able to loudly hear whatever it is that you recorded when you’re playing it. But there are times when people are unable to properly hear things they record. If you are having this kind of problem, one of the things most likely to be causing this is the additional protective casing you’re using for your phone.

A lot of times, these cases interfere with the sound waves your phone should be capturing. So if you bought some additional protective case, for your iPhone, you should try to remove it, and see if anything changes.

There are also times when the microphone of your device is what has some issue. Under this kind of situation, the options available at your disposal, are: one, ask a phone technician to replace the microphone for you, or use an external microphone.

For How Long Can I Record Continuously?

This is also one of the questions people often ask. But the truth is that the duration for which you can record continuously is not constant. It rather depends on how much free storage you have on your phone.

Are There Other Voice Recording Apps?

The simple answer to this question is yes. There are a lot of other voice recording apps. We have some which are similar to the iPhone’s Voice Memos app. And we also have more advanced apps.

However, you should note that most of the excellent advanced apps are paid.

Can I Retrieve a Deleted Recording?

If you accidentally delete an important recording, retrieving the recording is under probability. If you’re in luck, you’d be able to retrieve it. But if you’re not, then your recording is gone for good.

But to see if it’s possible to retrieve the deleted recording, you’d have to use one of the data recovery software available for iPhones. We have a good number of them, and you only have to use Google to find them.