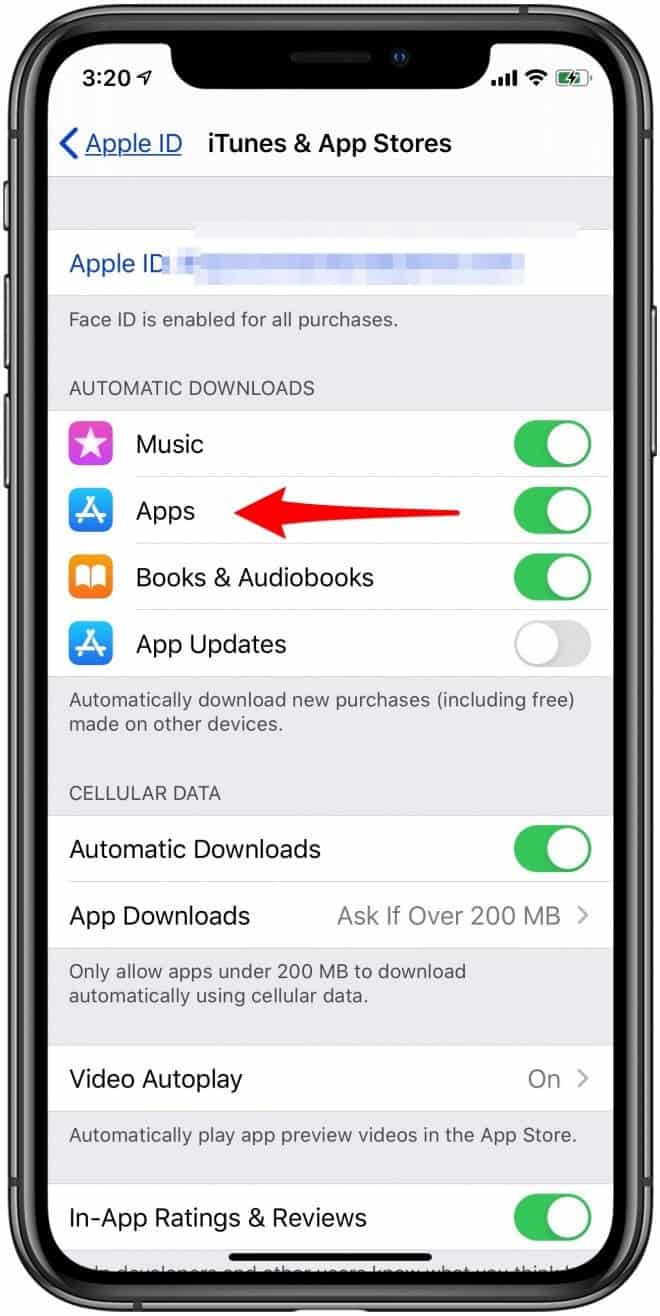 How to stop iPhone downloading apps by itself. This often occurs when using multiple iOS devices, any new apps that you install on one device will also be installed on your other devices, provided that the application’s automatic download function is enabled.

Automated downloads in iOS can be undeniably useful in some situations, but they may also be frustrating and unpredictable and can lead to a decrease in storage capacity on devices where they end up downloading the same apps, whether you want apps on both devices or not.

Like many iOS features, automatic downloads or iPhone downloading apps by itself can be turned off.  Once disabled, you will be able to download an app directly to your iPhone or iPad, and it will not automatically appear on other iOS devices you own that share the same Apple ID.

How to stop iPhone Downloading Apps by itself

The setting to turn off automatic app downloads is the same on all iOS devices:

If you are not using any other iOS device or iPad OS, or if you are absolutely sure that you have not installed new applications on your other devices, your Apple ID may be at risk.

Another person could log in with Apple credentials to download free or paid apps, prompting you to automatically download the app to install on your device or devices.  Therefore, it is always wise to follow some precautionary measures.

Start by looking at the list of devices associated with your Apple ID – tap your Apple ID in the Settings app, then scroll down to the Apple ID screen.  If there are unknown devices in the list, delete them from your Apple ID.

You must change your Apple ID password as soon as possible.  On the Apple ID for iPhone screen, tap Password and Security, and then tap Change Password.  Also, configure your device with two-factor authentication to improve security.

You must also check for any unauthorized app purchases made with your Apple ID.  To do this, open the App Store, tap your profile picture, then tap Purchases.  If there are such purchases, you can request a refund from Apple as long as they were made within the past 90 days.   Once you’ve done all of this, continue to monitor your Apple ID list and shop regularly for any additional signs of unusual activity.

Another useful tip after disabling this feature is to review apps on all your iOS devices, then uninstall iOS apps from iPhone and iPad that you don’t want on every specific device.  This can help free up storage space that you might not have known was taken up by unused applications on each device.

This can be an important switch setting if you frequently run out of storage on your iOS devices (and who doesn’t?).  For example, I have a 256GB iPhone X, on which I frequently download new apps, and a 32GB iPad I use a handful of specific apps on it.  Because of automatic app downloads, many app downloads on iPhone X quickly consumed all the storage capacity on the iPad, which has a small portion of storage space by comparison.

How to stop iPhone or iPads downloading apps by itself

Fortunately, it is very easy to prevent iPhone or iPad from downloading applications automatically.  Open the Settings app on your iPhone or iPad, then tap the iTunes and App Store option.  Now just turn off the switch next to the apps (located under the automatic downloads section).  This will get rid of the automatic app download function.

However, this setting does not apply to any other iOS or iPadOS devices.  To prevent apps from also downloading apps from them automatically, you need to manually disable the feature on each device.

If you want to keep the automatic app download function but want to prevent it from consuming cellular data, turn off the switch next to automatic downloads instead under the cellular data section.  Applications will download on their own once they are connected to Wi-Fi.

Uncheck the Installation from Unknown Sources

Turn on the settings on your phone and go to “Security.”  Now go to unknown sources and uncheck “Allow installation of application from unknown sources.”  This is the essential and necessary step that should be taken to stop installing random applications.

Some spam and malware cling to the most popular apps downloaded by users.  These unwanted applications install themselves as updates.  If you want to avoid spam installation randomly, just go to each app or app that you think is the culprit, and deselect updates / automatic installs by clicking on the list of three-point options.  This will allow you to check before installing any update.