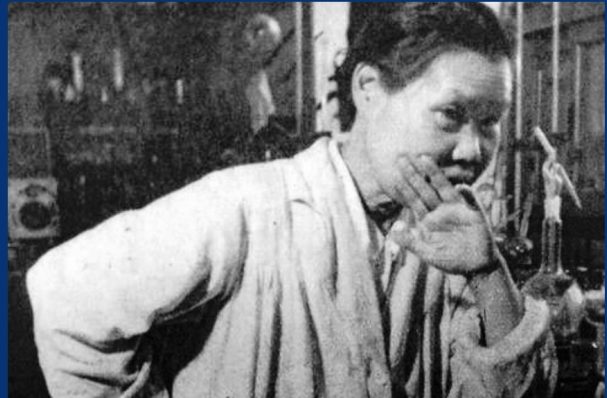 Michiyo Tsujimura is a Japanese agricultural scientist and biochemist, green tea researcher, born on 17th September 1888 and died on the 1st June 1961 in Toyohashi, Aichi, Japan. Michiyo Tsujimura was awarded a Japan Prize of Agricultural Science in 1956 and became a professor emeritus in 1963.

Michiyo Tsujimura was the first female to receive a doctoral degree in agriculture in the history of Japan.

Michiyo Tsujimura’s research on green tea in the Agricultural Chemistry field became the first female professor emeritus. It was later conferred the Order of the Precious Crown of the Fourth Class in 1968.

Michiyo Tsujimura started her educational career at the Tokyo Prefecture Women’s Normal School, the division of Biochemical Science at Tokyo Women’s Higher Normal School and graduated in 1909 under the tutelage of a biologist, Kono Yaui, where she gathered her inspiration to go into scientific research.

In 1913, Michiyo Tsujimura graduated and started her career as a school teacher at the Yokohama High School for women in Kanagawa Prefecture.

Michiyo returned to Saitama Prefecture in 1917 to take up a teaching job at the Saitama Women’s Normal School.

In 1920, after Michiyo Tsujimura had taught for three years in Saitama Women’s Normal School and joined Hokkaido Imperial University as a laboratory assistant in an unpaid position at the Food Nutritional Laboratory University’s Agricultural Chemistry Department because the University did not accept female students at that time.

Michiyo Tsujimura focused her research on the “Nutrition of Silkworm”. In 1922, she was transferred from the Food Nutritional Laboratory of the University’s Agricultural Chemistry Department to the Medical Chemical Laboratory at the Medical College of Tokyo Imperial University.

And in September 1923, the Medical College of Tokyo Imperial Unversity was destroyed by the Great Kantō earthquake. Michiyo was transferred to a new research institute in Japan, RIKEN, as a research student instead of unpaid staff.

As a doctor of Agriculture, Michiyo Tsujimura worked in the laboratory of Umetaro Suzuki, where she researched Nutritional Chemistry. And in 1923, Michiyo and Seitaro Mura, her colleague, discovered Vitamin C in green tea and published an article in the Jornal Bioscience, Biotechnology, and Biochemistry titled ” On Vitamin C in Green Tea.”

Tsujimura continued her research and isolated the “Flavonoid Catechin” from green tea in 1929. In 1930, Tsujimura extracted “Tannin in Crystal” from green tea. After the discovery, Michiyo wrote a thesis on green tea’s constituents titled “On the Chemical Components of Green Tea.” And Michiyo Tsujimura was awarded a doctorate in 1932 from the Tokyo Imperial University.

In 1934, as the first woman to receive the award of a doctorate in Japan, she isolated “Gallocatechin from green tea. In 1935, Tsujimura registered a patient on her method of extracting Vitamin C crystals from the plant.

Fast forward to 1942, Tsujimura joined RIKEN as a junior researcher, and in 1949, she became a professor at Ochanomizu University. In 1950, Michiyo was announced a professor at the Tokyo Women’s Higher Normal School and became the first dean of the Faculty of Home Economics.

A year after her official retirement, in 1956, Michiyo Tsujimura was awarded the Japan Price of Agricultural Science for her notable effort and discovery from green tea and was conferred the Order of the Precious Crown of the Fourth Class in 1968 and died at the age of 80 in 1969 in Toyohashi.

After Michiyo and Seitaro discovered Vitamin C, she [Tsujimur] published an article in the journal Bioscience, Biotechnology, and Biochemistry titled “On Vitamin C in Green Tea.“

After the publication, the extract of Vitamin C from green tea helps to increase the green tea export to North America.

In 1932, Tannin was extracted from green tea in crystal form. This research earned Michiyo Tsujimura a doctorate in Agriculture from Tokyo Imperial University with a thesis titled “On the Chemical Components of Green Tea.“

And in 1942, she was recognized for her research work and got promoted to work in RIKEN as a junior researcher and became a professor at Ochanomizu University in 1949.

Michiyo conducted various research, but she was known for her green tea research and discovery of Vitamin C from green tea.

However, some of Michiyo’s research components, such as a tea shrub, a cup of green tea, a pen, a flask, and a notepad, were used by Google to form her 133rd Google letter in the Google Doddle.

Michiyo Tsujimura’s death cause isn’t documented in any online journey or archive. However, the Japanesse researcher died at the age of 81 in  Toyohashi, Aichi, Japan.

Note: It was not recorded whether Michiyo was married and had a child during her career.