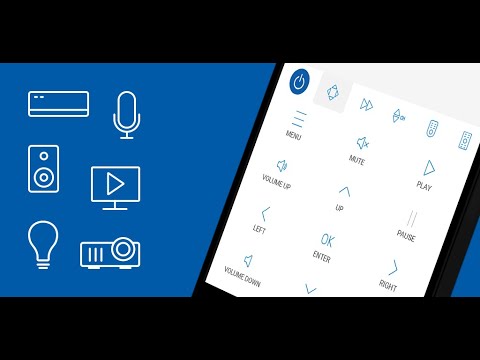 Although all virtual devices for home entertainment and other uses are equipped with a remote control except your phone, the modern home is full of such devices and it can sometimes be difficult to have so many remote controls on your desk. If you’re a techie like me, you may be looking for an app that turns the only device without a remote, Android or iPhone, into a universal remote.

What is a Universal Remote Application? 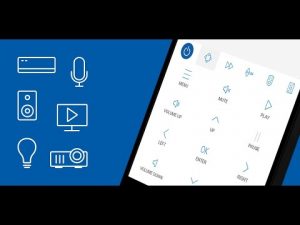 With the universal remote control app, your smartphone can act as a remote control. In other words, use your phone or tablet instead of the normal remote equipment of our sofas. And we have a lot on TV, air conditioning, hi-fi, etc. Wouldn’t it be great to use one device to control them all?

How The Universal Remote App Works

As we already know, conventional infrared remote controls send signals to your motherboard via infrared (IR blaster). Some modern devices now use WiFi and Bluetooth to send the command signal, so you no longer have to point directly at the controller.

How a universal remote app works depend on the type of your phone. Some Android phones from manufacturers such as Samsung, LG, HTC, and Huawei have an integrated infrared blaster. Infrared technology has always powered remote controls. Phones with an IR blaster can act as remote controls for IR-compatible devices. If you have such a device, it is easier to install a remote app to control almost all other devices.

No IR blaster requires separate devices for devices. This other device will pair with your phone and act as an interpreter to help your application communicate with infrared control and other compatible modes on your devices. By turning your phone into a universal remote control, you can control your home without having to worry about the remote control being in the wrong location or which device.

What do the Universal Remote Apps Cost?

Most universal remote applications are free. Sometimes you need a physical device that you have to buy, e.g. Amazon Echo or Dot. In other cases, the apps contain ads and offer you the option of a paid update to remove the ads. I have never seen a remote application that charges a flat fee for a single application. At this point, I would be suspicious if I found it.

8 Universal Remote Apps Available for you

After you’ve got an idea of ​​what a universal remote application can do, here are a few to try. We list them in alphabetical order. Please note that we have not analyzed the privacy and security of the apps and devices listed below. Be sure to take the time to check it yourself.

Every device, one remote control is the motto of AnyMote. This universal remote app uses WiFi and IR technology to give you control over many devices. The company sold a small IR to WiFi converter that opened IR controls for people who didn’t have a blaster on their phone but no longer have it.

In contrast, AnyMote is betting on more Wi-Fi enabled devices and has changed the business to focus only on software solutions.

In any case, you can use the app on Android and iOS to connect and control your devices. If you have IR capabilities on your Android, you can control almost anything in your home that uses a remote control.

If you have a Google Home Nest, Google Home, or Mini Hub or Chromecast device, the Google Home app is your best choice as a universal remote app. It is available for Android and iOS. You will be able to use it to control, manage, and connect your smart home devices that are compatible.

As with the Amazon Alexa app, you can create routines with the Google Home app. These are multiple actions that your devices perform simultaneously or in sequence.

For example, you can set up a morning routine that turns on the lights, turns on the coffee maker, and plays a podcast with the morning news. Google Home works with a range of devices, from robotic vacuum cleaners to smart blinds.

SmartThings is a smart home and a smart assistant, similar to Amazon Alexa. You need a compatible SmartThings hub to use it. This starts at around $ 69. With the app, Android, and iOS, you can control everything associated with your IoT startup settings.

Everything works via WiFi or Bluetooth. You control everything in your smart home that is compatible with SmartThings, from the lighting to the baby camera. The list is wonderfully long. Since Samsung has the SmartThings brand, the app is supposed to work better with Samsung phones and tablets.

In the App Store, this is referred to as SURE Universal Smart TV Remote. In Google Play, the full name of the application is SURE – Smart Home and TV Universal Remote.

No matter what you call it, this app will help you manage your smart home and media. You can control your smart TV, entertainment devices, surveillance cameras, lighting, air conditioning, and more via WiFi.

Since Android devices have IR transmitters, this version of the app offers more functions than the iOS version because you can control IR devices.

If you don’t have a phone or tablet with an IR blaster, you can buy an external WiFi / IR converter (around $ 24) to get the same effect.

Unified Remote is available for Android and iOS and uses WiFi or Bluetooth to connect to your PC and become a remote control for virtually any application.

It’s a one-stop-shop that lets you control everything on your computer. One caveat: when browsing this application, we find that the iOS version has not been updated since October 2018, although the Android version is more recent.

(Since this application and the following application have essentially the same name, we’ve added the developer’s name to increase them.) WaveSpark’s universal TV remote control sometimes referred to as the “IR remote control”, is an Android Application that can replace the remote control for your TV, air conditioning, lighting, and other electronic household appliances.

You need an IR compatible Android phone or tablet for this to work. With the app, you can create a personalized remote control for each device, which you can select from a side compartment if required. You can also customize each remote control on the screen with different colors and designs. The app even supports macros, so you can press a key to trigger multiple actions.

Universal TV Remote is a Twinone Android app that only works with mobile devices with an IR transmitter. If your device is compatible, you can use this app as a remote control for TVs and set-top boxes. You can connect to a variety of TV brands like Sony, LG, Samsung, Sharp, Phillips, and others. Although the app continues to receive positive reviews from the Google Play Store, it has not been updated since 2015.

Yatse is a remote control application for Android that works with Kodi, Plex, and Emby, programs for organizing and transferring media. (Kodi used to be called Xbox Media Center.) The Yatse app lets you find, control, and play the media you want to play on other devices.

You can send content to Android, AirPlay, Chromecast, Roku, and other sources, including many smart TVs. The app also supports natural voice commands. Yatse has long been a favorite among Kodi users. The free app supports ads. You can purchase an in-app update to remove the ads and get additional features.