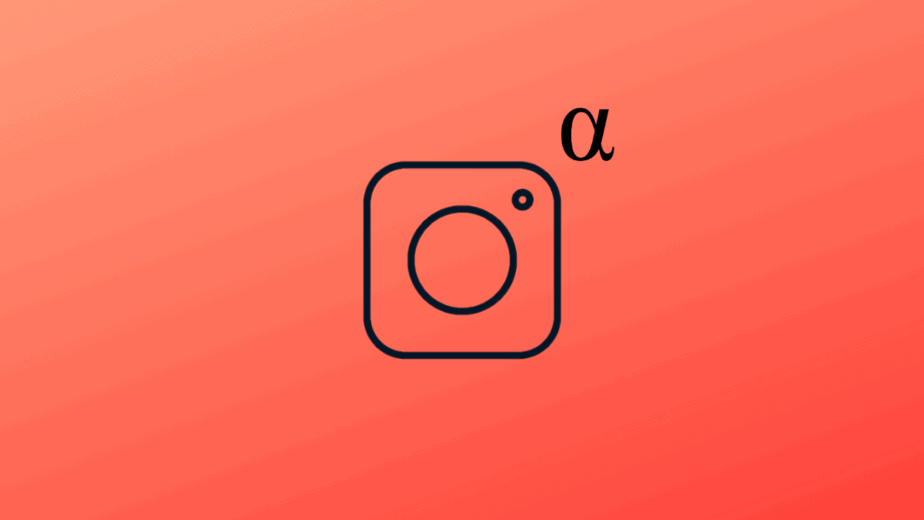 The Instagram Alpha Program is a concept that, if understood and used properly, would be fun; this article offers all you need to know.

Are you one of the first to adopt new things? Okay, but are you an early adopter and enjoy trying new and experimental things, even if it means you will run into problems and bugs? Then you might be interested to know that Instagram has released alpha testing programs for iOS and Android for those who want to test preview versions of their popular photo-sharing app.

Instagram has been running an Android beta program for some years. This was where things like switching accounts and posting albums with multiple photos, which are now standard Instagram features, made their debut.

However, the company’s recently released alpha program gives testers a different version than beta testers so users can test features that won’t even make it to the next step, let alone the general public.

The Android Police website first learned of the Android Alpha program’s launch after seeing a post on Reddit by an Instagram employee (which has since been deleted). In the message, program participants were asked to offer a link to join. Reddit commenters then turned the feed into a series of feature requests, asking for things like a reverse timeline option, a dark theme, and support for “regramming,” i.e., repost someone else’s photo with attribution.

Of course, who knows what Instagram might end up testing when this alpha program goes live. (Write to me if you find something good!)

If the Alpha program’s news was just discovered, it isn’t new. We understand that the program started two weeks ago. But Instagram didn’t make an official announcement of its availability, so its existence is new information for many.

An Instagram spokesperson confirmed the Alpha program’s launch in a statement to TechCrunch.

“We recently introduced alpha programs for our versions of Instagram for iOS and Android, in addition to the beta program that we have had on Android for a while,” they said. These programs are “a great way to get feedback from the community,” they added.

Test programs are not intended to be a secret, but neither are they widely advertised. Those keen to join Alpha and Beta groups usually know where to look by signing up for test builds of apps on the Google Play Store, for example.

Google made it even easier for developers and consumers last year to introduce the Early Access feature that centralizes open applications for testing in a dedicated tab on the mobile version of Play. Business.

We all like to think that the little goblins fix all of our bugs on Instagram, but the truth is that Instagram’s features undergo rigorous testing before they are released. Beta programs are not uncommon for games and apps. They are used to experiment and troubleshoot problems with a small group of testers. Instagram has an alpha program that follows a similar protocol. Here’s everything you need to know about it.

What is Instagram’s Alpha Program?

Instagram is constantly being updated with new features to keep you updated with the latest social media apps. However, before a feature is published, it must undergo rigorous testing on various devices. This helps in solving any problems that may arise.

The Instagram Alpha program is a subscription program that allows users to try out the latest Instagram features in development. The Alpha program requires users to register and report any issues they may encounter while using the new features. Instagram Alpha doesn’t take away your experience on Instagram. It’s essentially used as a platform to test new features and see how well they’re being received and to get feedback on bugs. You can turn off the program at any time and use your stable Instagram app again.

How to Participate in Instagram’s Alpha Program

To become an Instagram Alpha program tester, you need to register and install the app. This alpha app replaces the stable Instagram app on your device.

To participate in the Alpha Program, you must first join the official Google Instagram Alpha Group. Use the link below to open the group, then select “Join Group” to become a member. In this way, you can now also get information about upcoming functional errors. You can visit the Instagram Alpha Google Group

Then you need to register for the Alpha program by becoming a tester. Use the link below to the Google Play Store and click “Become a Tester”.

What Happens After you Become a Tester?

Once you become an Instagram Alpha Program Tester, your device’s Instagram app will automatically update to the Alpha version. If it doesn’t, make sure you’re signed in with the correct Google Play Store account.

The alpha program sends updates to the app much more frequently than the stable version. So be ready to update your app every few days. You can look out for tested features on Instagram Alpha Google Group. You need to remember that the alpha program contains bugs, application crashes, and possible fixes. You can’t choose which features you want. While the Alpha program is really interesting and will keep you updated on the latest features tested, you shouldn’t join the program if you are a professional on Instagram.

What’s the Difference Between the Alpha and Beta Programs?

The beta program is used to troubleshoot and test user feedback on features that are almost ready to be implemented. Potential new features are typically rolled out to beta testers before being generalized.

How do I get out of Instagram’s Alpha program?

If you’re tired of constant updates and app crashes, don’t worry, there is a way out. Exit the alpha program at any time and return to the stable version of the Instagram app.

To exit the Alpha program, visit this link and click the “Exit Program” in the lower right corner. 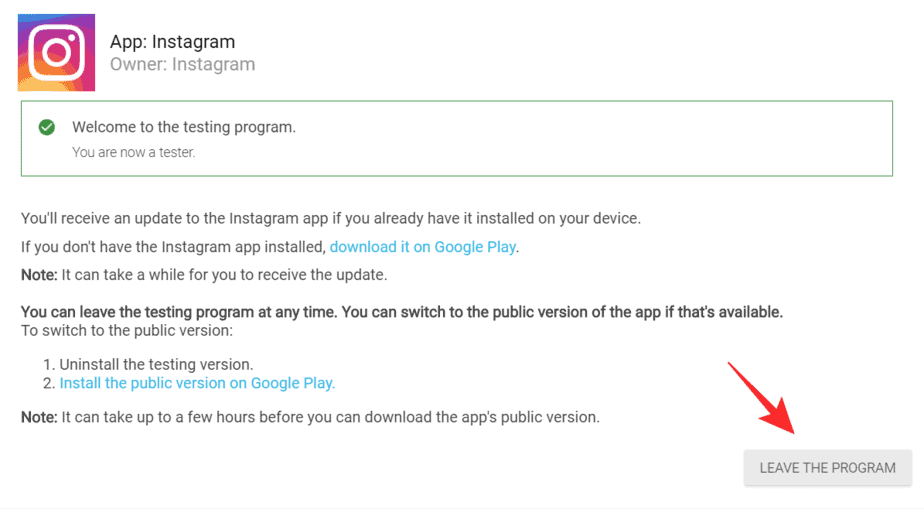