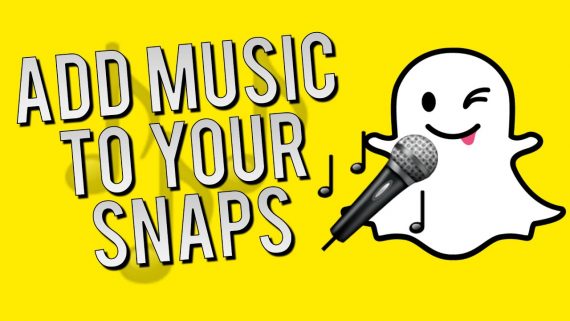 How to add music to Snapchat on your iPhone has been explained in this article with clear pictures to make it more understandable with ease.

With TikTok’s growing popularity and Instagram’s ability to incorporate as many features as possible, Snapchatters have been eagerly awaiting new additions to their popular social media app. Fortunately, the company released a new sound feature that seems to activate an important option that TikTok is famous for.

In this article how to add music to Snapchat, we’re going to help you understand what this new Snapchat Sounds feature is, how to use it, and how to transfer it to your iPhone.

Sounds allow Snapchat users to add soundtracks to their Stories and Snaps. Users can create song stories from a selected catalog of song titles listed under featured Sounds. Those looking at your story or photo can swipe up to see more information about the song and play it on a music streaming app of their choice.

The sound feature is currently only available to iOS users and it is unknown when it will be introduced on Android.

Snapchat has partnered with Kobalt, the Warner Music Group, Merlin, the Universal Music Publishing Group, Warner Chappell Music, BMG Music Publishing, and NMPA to create their list of recommended sounds. We can only hope that this list and the titles of songs will be expanded in the future.

How to Add Music to Snapchat videos

How to add music to Snapchat stories is to open the Snapchat app on your iPhone and tap the Camera tab at the bottom. 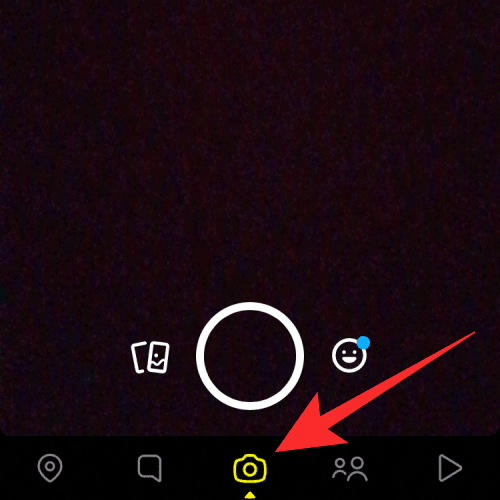 On the camera screen, you will see several options in the upper right corner. Among these options is a sound option indicated by a musical note icon under the lightning bolt icon. Tap it. 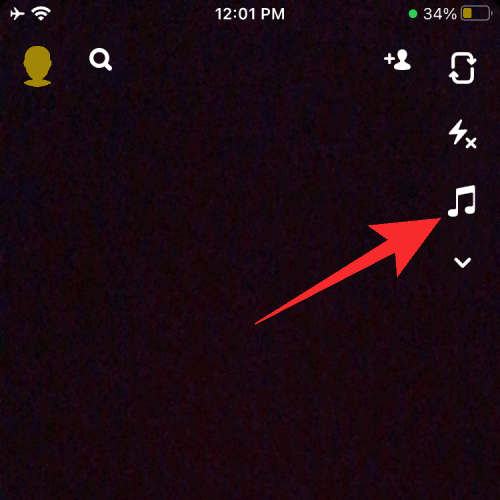 When you open the Sound feature, a list of tracks is displayed, labelled “featured Sounds”. 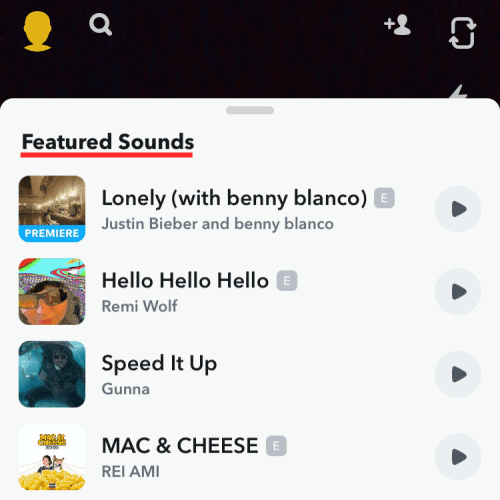 You can preview any song from this list by tapping the play icon next to the song name in Featured Sounds. 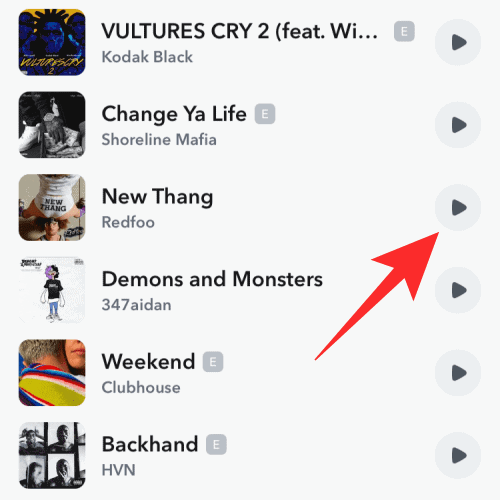 To add a song after previewing it, tap the Next button at the bottom to add it to your story. 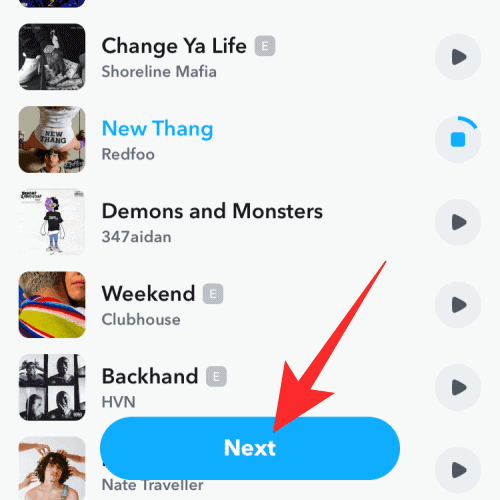 To add a title to your story directly from this list, tap the title. The title will automatically be loaded into your camera feed. 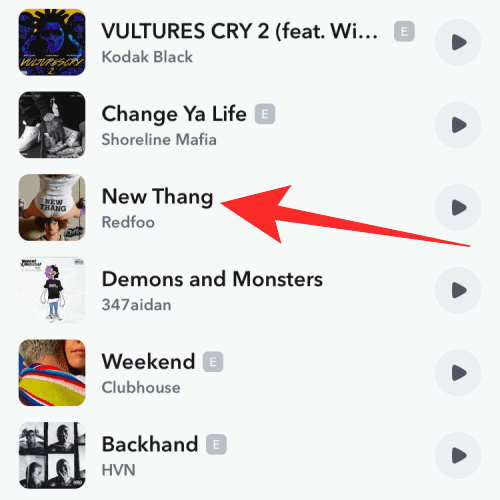 When you add a song to Snapchat, the song search bar will appear at the bottom of the screen. Tap the play icon next to the search bar to play the track. 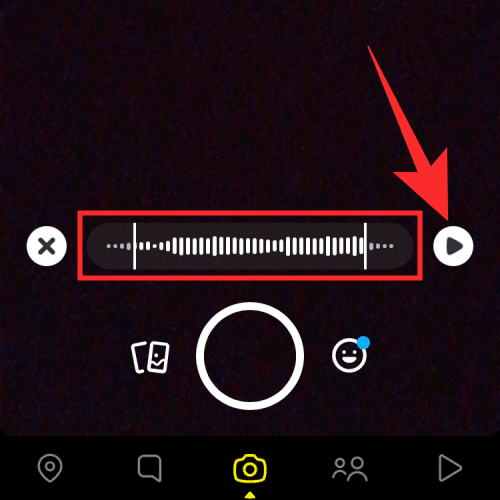 You can drag this bar left and right to play the part of the song track you want others to hear while viewing your story. 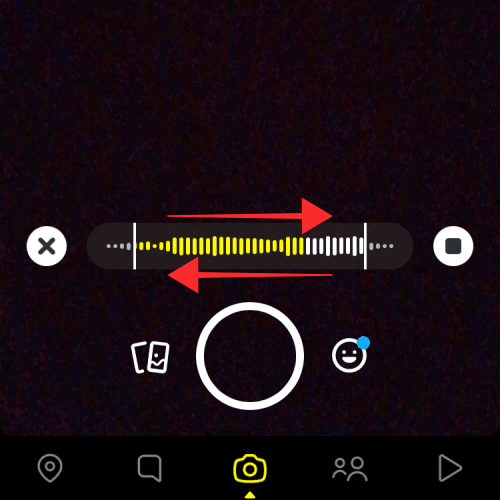 To add the soundtrack to your story, press the lower centre camera shutter button to capture a picture with the audio highlighted. If you want to download a video as a Snapchat Story, hold the shutter button and save the video you want to create. 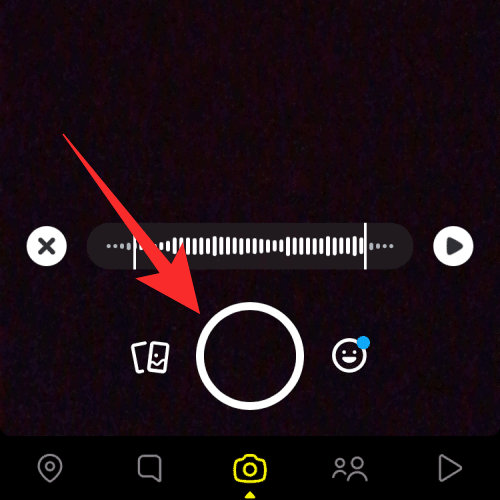 When you’ve recorded your Snapchat story, a new sound bubble will appear on the story screen. This bubble shows the song title and artist name, which can be dragged anywhere on the screen. 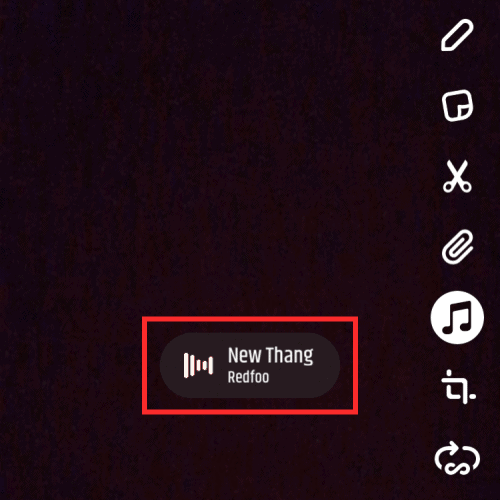 You can now share it as your story or as a message to any of your contacts by tapping the “Send To” option in the lower right corner and then choosing who you want to share the snap with.

Here. Your new Snapchat story will now be visible to everyone you’ve shared it with. Viewers can see the album cover, song title, and artist name by swiping through their story. You can also listen to the entire song through streaming services like Spotify, Apple Music, and Soundcloud.

How to Add Music to Snapchat: How to get the Feature on iOS 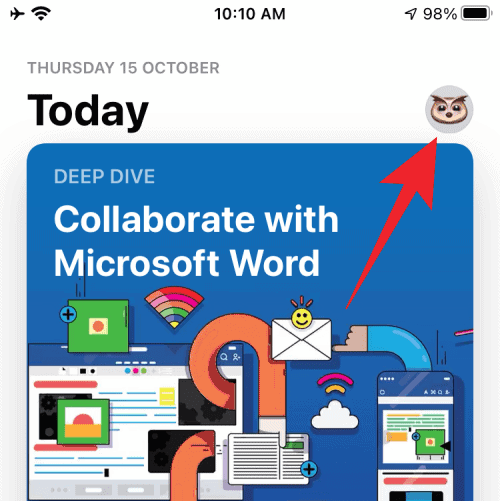 Under the “Upcoming Automatic Updates” section, you should be able to identify the Snapchat app that should be updated. 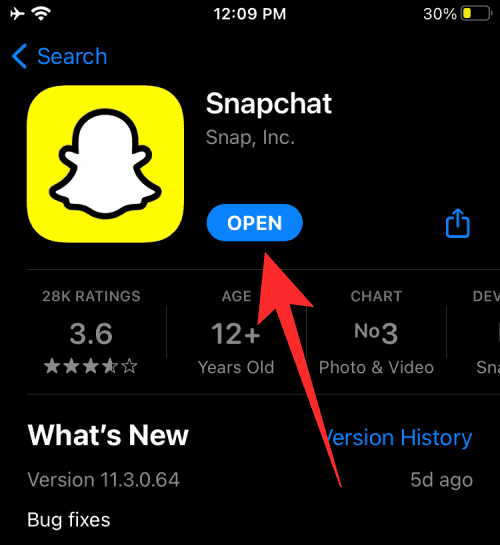 To update the app, tap the “Update” button next to the list of Snapchat apps and wait for the update to download and install. With the update installed, you can click the “Open” button to access the new music feature on your iPhone.

I don’t see the music icon on Snapchat. What can I do?

As mentioned above, you need to be running the latest version of the Snapchat app on iOS for the music feature to work on your iPhone. You can install the latest Snapchat update from the App Store.

Can you find and add the song you want?

No. Currently, Snapchat doesn’t allow you to search for titles to manually add to your stories. This is quite disappointing as not only could music be added late to videos, but Instagram, which has been offering this feature for a while, has given its users a chance to browse for the songs they want to add.

While it isn’t currently available, you can expect more music and an in-app search option soon once the feature becomes popular and widespread.