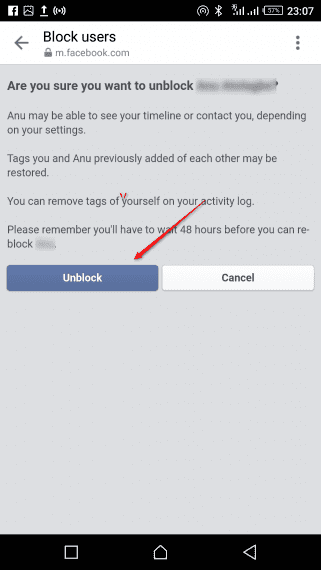 All you only need to do is navigate to the user’s profile you want to block to unfollow the person and click on friend option to unfriend the person. That is really simple.

To reconnect again goes beyond unblock the person. You’ll have to resend friend request again!

Meanwhile, on Facebook messenger the procedure followed another direction. By default you can follow the conventional way of blocking users on Facebook to block the person on messenger but there is also another way to simple block friends on Facebook without access their profile and without unfriending them.

What happened when you blocked someone on Facebook is that you will no be able to receive and send messages to them and also you will no longer have access to their profile page again. Since you are the one that blocked the person and depending on the option you choose to go with, Facebook might ended up stop suggesting the person to you as a friend.

It’s very easy for me to know if I am blocked on messenger by any one on my friend list. This is because we will both lost connection and the person will no longer be available at the top of my chat as it used to be. But if the person is someone I don’t normally chat with be it’s possible I don’t get to know whether the person blocked me or not.

Facebook algorithm is designed in such a way that the person you blocked or who blocked you will not know that you have done such except you let the person know.

The procedure doesn’t required a rocket scientist knowledge. If you can do just copy and paste either on your phone or laptop you should be able to do this alone. Before you do this you may want to note that once you blocked Facebook users on messenger the person will be blocked on Facebook web or Facebook app.

Click  on the name of the user you want to block on Facebook and click on thread details to the upper right of the page besides camera icon. 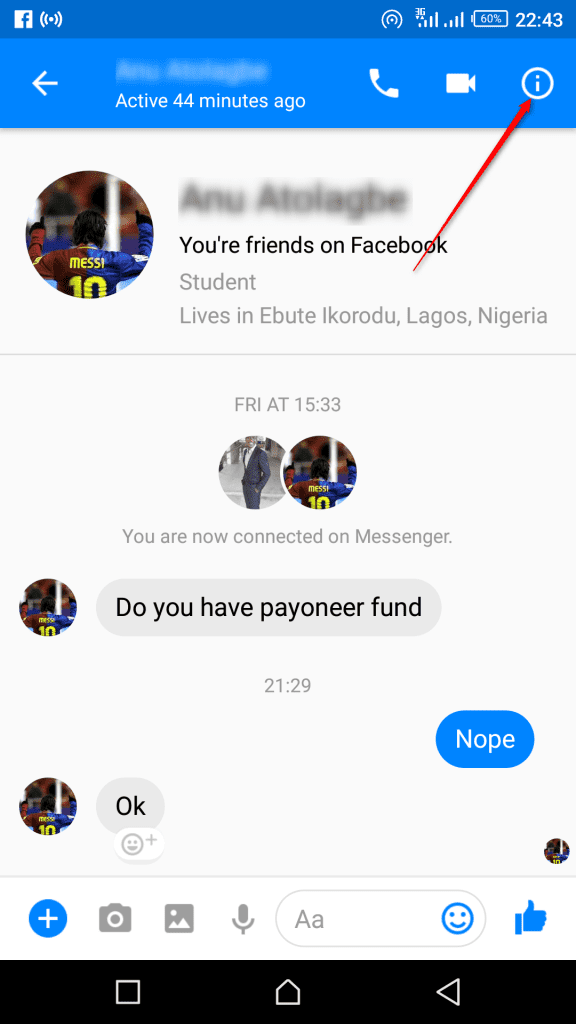 Try to scroll down the page and you will see series of options. Click on block icon above game and below ‘create group with user e.g Anu. 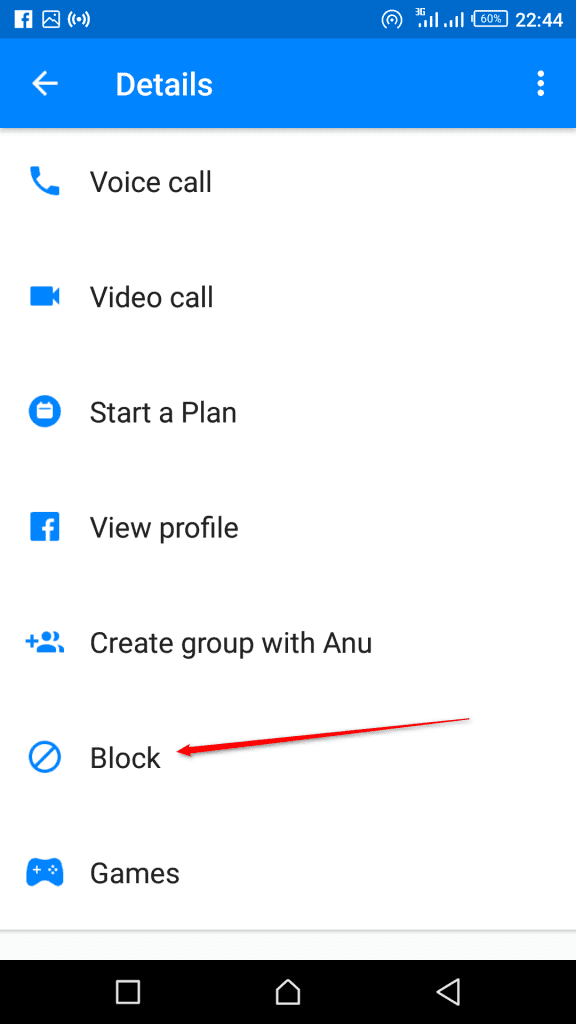 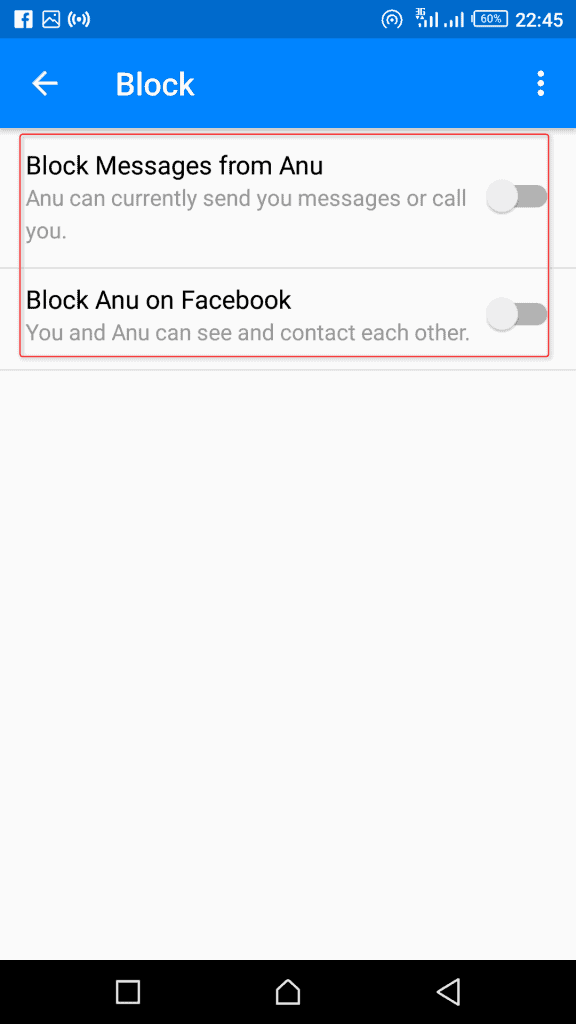 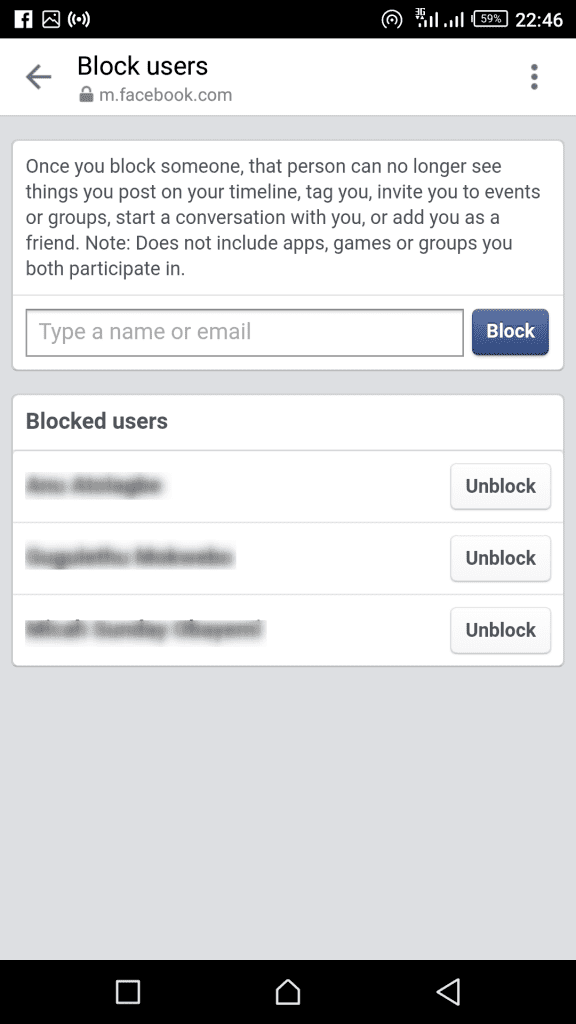 Note that you can only block same user once in every 48 hours!

Just the way you blocked the person. Click on thread details as shown above and scroll down to block option. Don’t worry you ain’t going to block the person again. 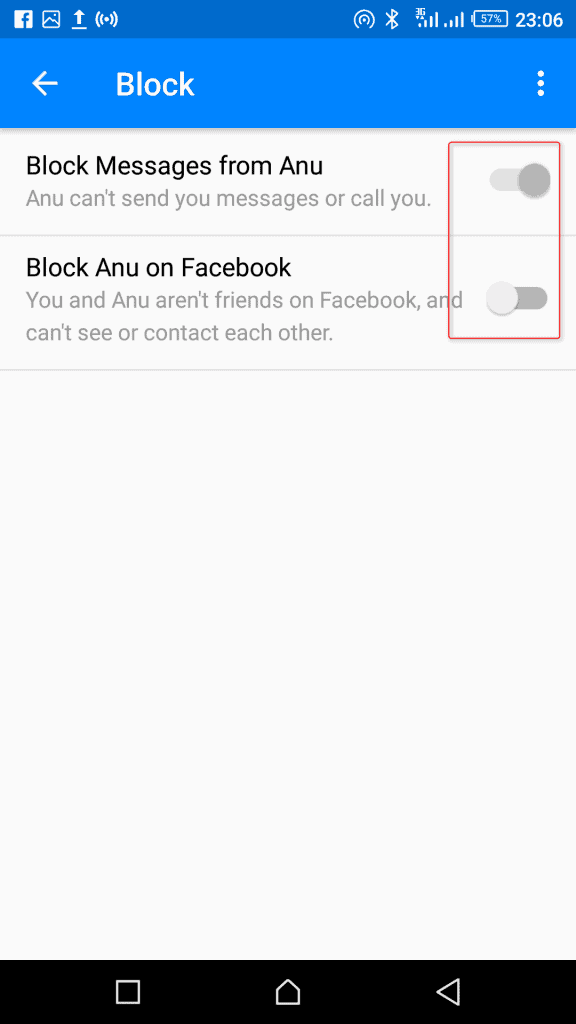 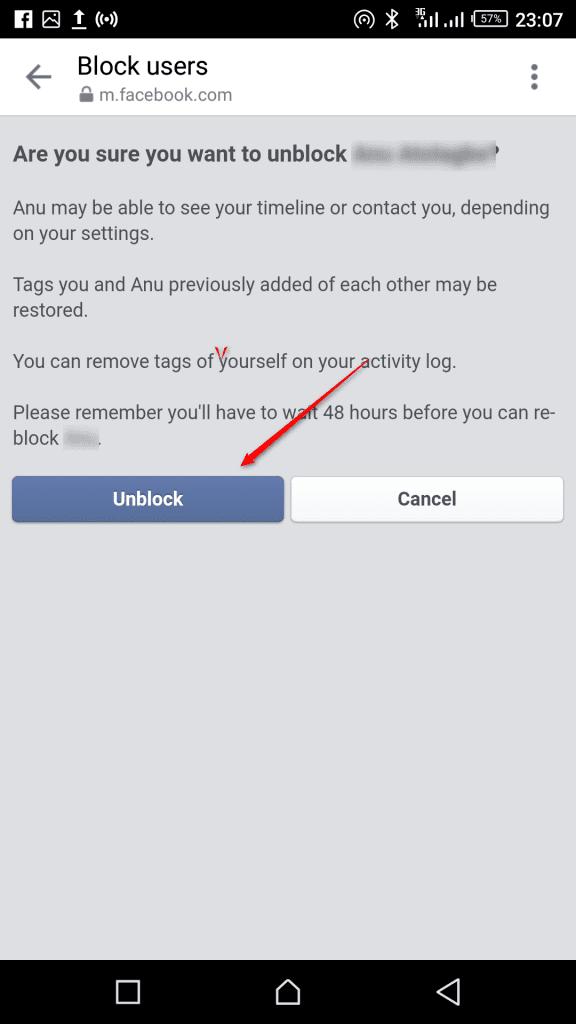 Congratulations you can now block Facebook users on messenger and at the same time unblock someone on Facebook messenger.