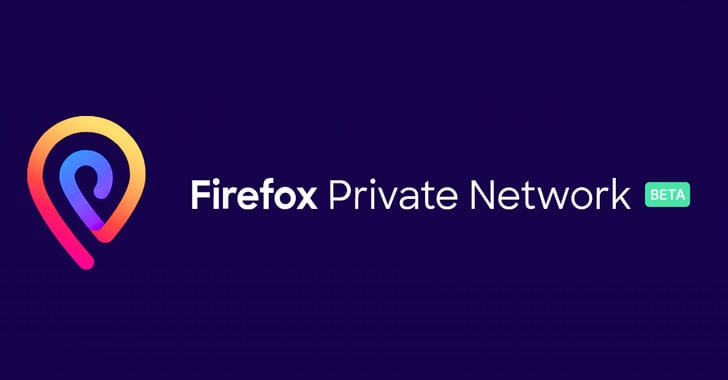 Firefox browser today launched Firefox VPN extension which is a new privacy-focused VPN to protect and encrypt users online activities and stopped all advertisers from knowing what you search for to target their audience on Mozilla Firefox browser.

The Firefox free VPN ad-on is Firefox self-certified ad-on. According to a report from Firefox, the Firefox Private Network (FPN) is the best free VPN for Firefox extension you can use for free to secure and stay safe online on Mozilla browser.

The Firefox Private Network is still in the beta version just like when VPN for Chrome extension was released. As at this time, the Firefox VPN extension is currently available for Firefox browser users in the United State.

The VPN extension for Firefox is not available for mobile users yet. However, before the Firefox Private Network finally entered the beta state, the service was first called Pilot Text Program which allows individuals to first try the new FPN before the official release of the beta version.

If you have been using VPN for Chrome extension which allows you to hide your identity online with 1 click on the browser or the Browsec VPN, you’d be able to set up the Firefox VPN extension.

VPN for Chrome Vs VPN for Firefox

Chrome browser is a world-renowned browser that has the backing of tech expert and reviewers over the past decade as well as the Firefox browser.

Both Chrome and Firefox browsers developer are putting all effort to make sure they have the best product and help protects users activities online. This isn’t to say that other browsers such as Opera, Vivaldi, etc are not top browsers.

And the way VPN works on Firefox is similar to the way VPN for Chrome works, however, the only difference has to do with the VPN authenticity and how they can protect their users online and leave no trace of users logs.

The new Firefox Private Network [PFN] encrypts and funnel all your activities on the internet via the Firefox own browser through several collections of remote proxy servers which then helps to mask your real internet protocol [IP] address or location to your desired location and hide all your online information from third parties protecting your activities 100% from all sorts including the government security agency and ISP from poke nosing into your online activities.

However, this Firefox VPN proxy server is provided by Cloudflare which is the biggest company in the world that offers the fastest CDN, DNS, and DDoS protection services among others.

This is to reveal to you that the Firefox browser VPN extension has a strong privacy control ties which help to limit the type of data the Cloudflare can collect from the VPN extension users and how long the data collected can be stored on the Cloudflare service database.

Criteria to Use Firefox VPN Service

The criteria to use the Firefox private network service as at this time include the followings.

If you have all the criterion above you can download Firefox VPN and install it on your browser.

How to Signup for FPN Service

Only desktop users can download the Firefox VPN extension for now and the VPN is still in the beta stage. Once the service passes through this stage, Android and iOS users will be able to download and install the VPN to work with Firefox browser or better still add the VPN service to Firefox mobile browser settings.

The best VPN for Firefox [VPN Firefox owned VPN] is free for all for now and there is no trace that the service will be made premium anytime soon. However, to sign up for the VPN service you must reside in the State.

1. Launch the Mozilla Firefox on your desktop computer

2. Go to the sign-up page for the FPN service 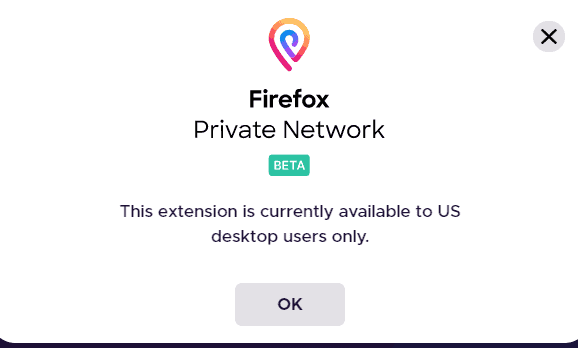 5. Upon successful installation of the VPN, the icon will be added to the browser’s toggle bar.

How to Enable Firefox VPN Extension

Once the VPN extension for Firefox is installed you need to restart the Mozilla browser and follow these steps to enable it.

Now, your connection will be fully secured and you can browse any site of your choice using Mozilla Firefox without having to fear about your online identity and online privacy.