Inmate has the privilege to communicate with outsiders using government email channel when the inmate send request and the outsider accepted the request through which an email is sent to the non-inmate with the inmate code which could be the inmate attorney or family member or friends or spouse to register for an email to communicate inmate from outside the prison with CorrLinks.

Meanwhile, before you can register and communicate a federal inmate through CorrLinks, a request will be sent out by the inmate to the person outside to accept with the email containing the inmate code for email registration on www.corrlinks.com or to complete your registration if you have already started it.

Corrlinks is a privately owned company that operates the Trust Fund Limited Inmate Computer System, the email system used by the United State Federal Bureau of Prisons to allow inmates to communicate with the outside world. Wikipedia

This email access is different from the public email service provider such as Gmail, Yahoo, etc which is totally free to users. The CorrLinks provide direct access to communicate with a federal inmate (prisoner).

Is CorrLinks free for Inmates?

The Bureau of Prisons allows the federal government prisoners to communicate with the people outside through an electronic means which is mainly through a private email service own by the government.

Unlike most commercial email service provider, the CorrLinks email is not free for inmates but free for people outside to use the email. Meanwhile, people out cannot communicate with inmates without an invitation by the inmate.

This means that you have to give your email address to the inmate you want to communicate with first for then to send a request to the email from prison. The estimation of how inmates are charged for using the CorrLinks to communicate with people outside is detailed below.

The inmate has to pay $0.05 per minute for using the Federal government system, cost $0.15 to print a page as an inmate, and sending a message to the outside world cost  $0.30 per message despite an inmate wages starts from 12 cents per hour.

How to Recieve Invitation from an Inmate?

For you to be able to communicate with an inmate from outside the inmate must first send a communication request. This does not have to do with whether you have an active email registered as CorrLinks user or not. The only thing is that during registration if you do not enter an inmate code you will only have an account with CorrLinks that is not linked to an inmate account.

Find a means to contact the inmate by sending your own email to the inmate (this has to be the email account created from www.corrlinks.com) for the inmate to send a request with inmate code to you.

When the inmate send the invitation the subject of the message will be the name of the inmate and the sender will be CorrLinks. Sometimes, the message can end up in spam box or junk box, always endeavor to check your spam or junk box.

An example of inmate request send by CorrLinks is shown in the image below for proper clarification. 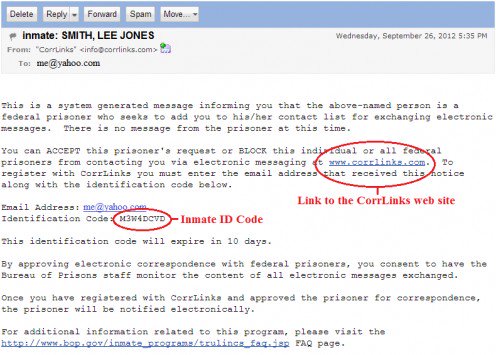 The link and inmate code are circled in the attachment. An exact email request from an inmate should look like the one above.

If you have not registered for an email in CorrLinks it is time to go ahead and do that. Open the email sent to you by the inmate and click on the CorrLinks website URL in the message and you will be taken to their website’s registration and login page.

Fill the registration form using the required details and copy and paste the inmate code in the position of the inmate code. Meanwhile, do not use another email account different from the email you use to receive the invitation from the federal inmate otherwise it will not work.

Also, do not forget to confirm that you are above 18 years of age by click the age confirmation option to the bottom of the page.

Now, you will be sent a verification link to verify your new email account. Log into your regular email address and click on the confirmation link with a sender name Web@CorrLinks.com and subject Sign Up Verification Link. 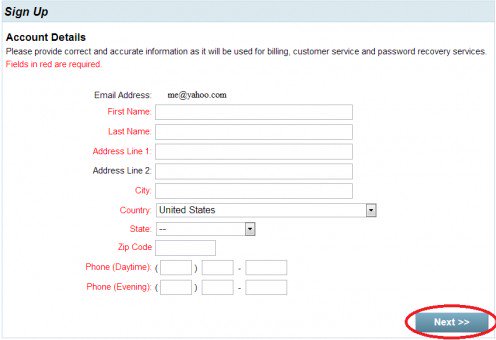 Once you click on the next button above you will be taken to your email account where you can send and read received messages.

How to Compose Message on CorrLinks

You cannot contact inmate using your regular email service but you can read an email sent to your CorrLinks account on your regular email account. However, to send a message to a federal inmate it has to be through web.CorrLinks.com website otherwise there won’t be a single connection between you both. 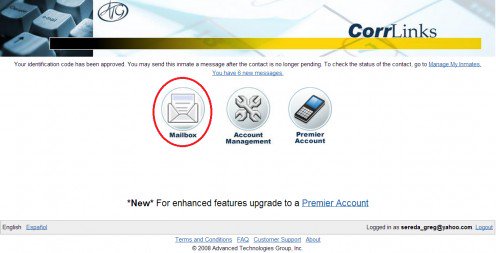 To the top left of the page click on New Message and you will be taken to a page where you can compose your message to be sent to the inmate. Enter the CorrLinks email of the inmate, enter the body of the message, and subject and then click on send. You can also send a bulk message to a group of inmates if you have their email contact confirmed by @web.CorrLinks.com

There is no single difference composing messages using the federal prison inmate communication email and the regular email. However, the only concern is that messages are monitored by federal prison workers.

How to Read CorrLinks Messages

1 thought on “How Inmates (Prisoners) can Use CorrLinks For Free”