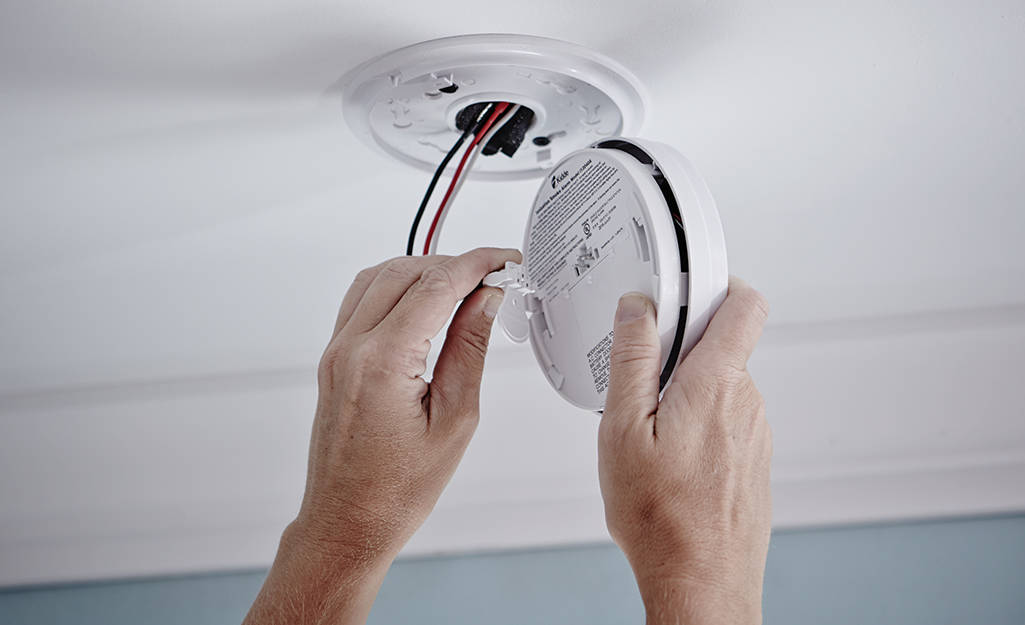 Having smoke detectors installed in your home keep you and your family safe from any incidence of fire outbreak. Your smoke detector could be battery-powered or wired directly into your home’s electrical system. In this article, we will show you how often to replace battery in hardwired smoke detector.

Although almost every smoke detector has a battery even the hardwired detectors do have backup batteries in case there is a power outage in your home.

It is therefore important to change your batteries from time to time to enable your smoke detectors to work optimally without any glitch.

Read Also: How to Fix Chirping or Beeping Smoke Detector

Read on as we take you through a ride on how to replace battery in hardwired smoke detector in this post. Signs that You Need to Replace Smoke Detector’s Battery

Here are the signs to look out for once there’s a need for a battery replacement in your Smoke Detector. Take note that only the smoke detector with a low battery will chirp while the other interconnected alarms should be silent.

Although, these signs vary from one brand or manufacturer to another. The major differences could be the color of the blinking light, the intensity of the chirping noise, or the pattern of the light, that’s all. Below are the signs:

This is one of the common signs users see once there’s a need for battery replacement in the smoke detector. This red light usually blinks at an interval of 30 seconds accompanied by chirps or beeps.

However, the red blinking light could also mean that the unit is powered on or it’s receiving energy. Therefore, you need to consult your user manure to be sure of what the red light is for before assuming it’s for battery replacement.

Some brands of smoke detector usually give a loud chirping noise once the battery gets low and weak. You don’t have to panic! There is no fire anywhere, this is not the alarm triggered, the sound is quite different and distinctive.

However, the majority of the sound detectors today combined signs 1 and 2. Therefore once you see the red light blinks and it’s unusual, ensure you check your battery status.

No Sound During Testing

Testing is an effective way to know if the alarm in your detector is armed or active. 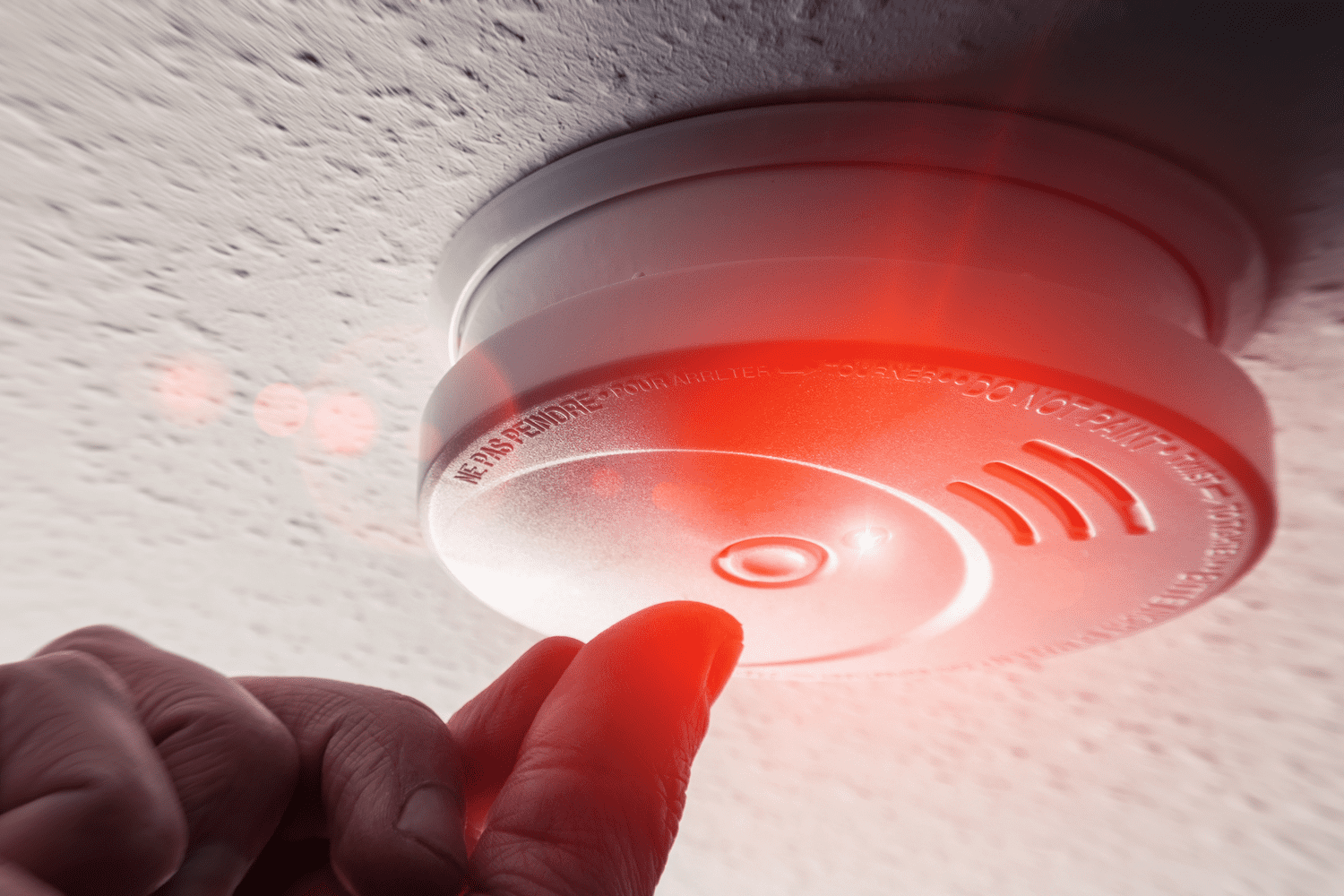 How Often to Replace Battery in Hardwired Smoke Detector

It is always best to replace your smoke detector battery immediately you start hearing the beeping or chirping sound from your device, instead of waiting till the noise increases which can damage the smoke detector.

The majority of the smoke detector manufacturers recommend replacing the battery at least once a year. However, you should change all of the batteries twice every year at a convenient time.

How to Replace Battery in Hardwired Smoke Detector

Replacing batteries in Smoke detectors vary from one model to another, but the following steps are the essential and easy steps on how to replace battery in hardwired smoke detector:

Now, you have been able to replace battery in hardwired smoke detector successfully. 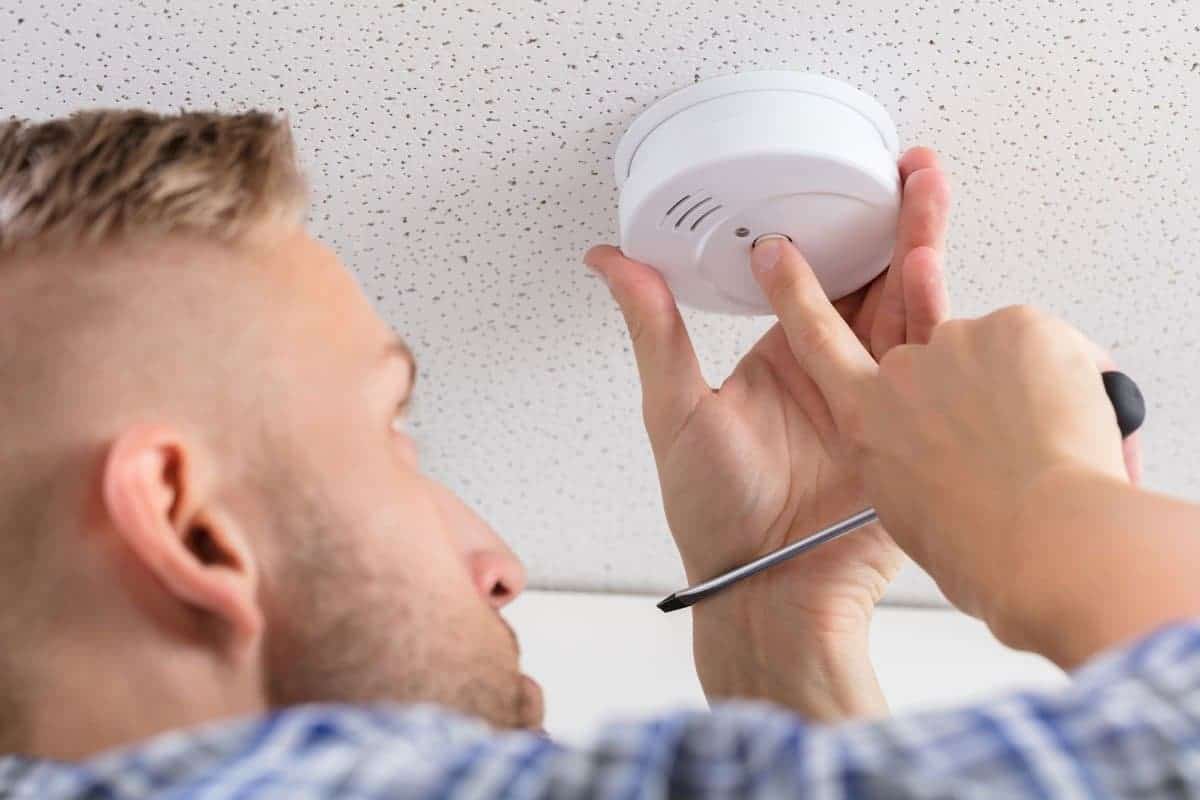 How to Test Smoke Detector Battery

If you have the ten-year lithium-powered smoke alarms, you don’t have to replace the battery. Instead, replace the whole alarm after ten years of using them. In case your smoke detector is hardwired into your home’s electrical system, then you will also need to replace the backup battery at least every six months and replace the unit itself every ten years.

The smoke alarms in your home play a very important role in keeping you and your family safe by alerting you of possible dangers ahead. It’s however quite underrated, but the battery in your smoke detector is very essential to your family’s safety device and your safety too.

Which makes it a must for you to know how to change a smoke alarm battery because it is risky for you to have the best smoke alarms without functional batteries. 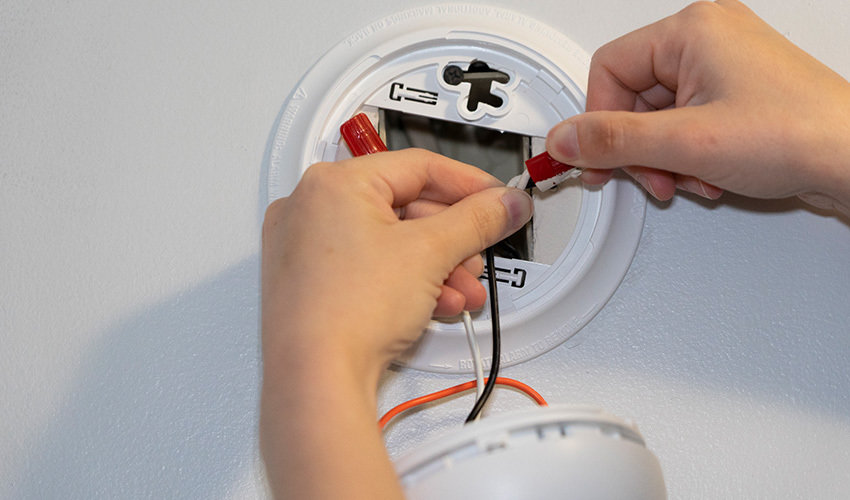 How to Change the Smoke Detector Alarm Batteries

Once there’s a need for battery replacement, the alarm will give a short beep or chirp sound. Then, you must remove the old battery and replace it with a new battery of a similar brand.

Read Also: How to change battery in smoke detector hardwired.

Below is how to change the battery in your smoke detector. Follow the steps below once your new batteries are available for replacement:

Climb up the ladder or chair to remove the cover or the alarm from the bracket, once it detaches. Switch off the electricity to mains-powered smoke alarms first.

Remove and replace the batteries

Now you need to unclip the old battery/batteries and insert the good and new replacements. Ensure all batteries connect with the right positive and negative terminals.

Replace the cover or place the smoke detector back into its bracket.

Make sure you locate the test button on the external part of the smoke alarm and press it shortly. If the batteries are working properly, you will hear a chirping sound once it is pressed.

I hope this post has helped you to know how often to replace battery in hardwired smoke detector and how to change our smoke detector battery without stress. Let’s know how this gadget fix solved your issue in the comment section below. Thanks for reading thus far!