Facebook video chat is not new but we have not seen on Facebook messenger Lite for those that are using the Lite app. The 1.47MB Facebook mobile app for Android and iPhone today released a new feature that allows users to make a video call on the Lite app. The new video chat in messenger Lite Facebook app is a great feature that made the app a sub-standard one compared to official Facebook Android and iPhone app.

The Facebook Lite app was introduced to replace the official Facebook app when there is a slow internet connection and there is a need to stay glued to your friends and family on Facebook.

However, the absence of video chat in the app made the app less valuable but now that the messenger has a newly upgraded video chat like Facebook desktop and Facebook official app, the app now stand the chance to double it download rate and improve the app users’ rate.

The WhatsApp parent company, Facebook, introduced Facebook Lite app video chat because of the pleasure of video call over the voice call. The video chat update on Messenger Lite app will make it easy and improve the flexibility on how Facebook users make video call via Facebook live-chat on Android, iOS as well as on Windows and Mac OS. 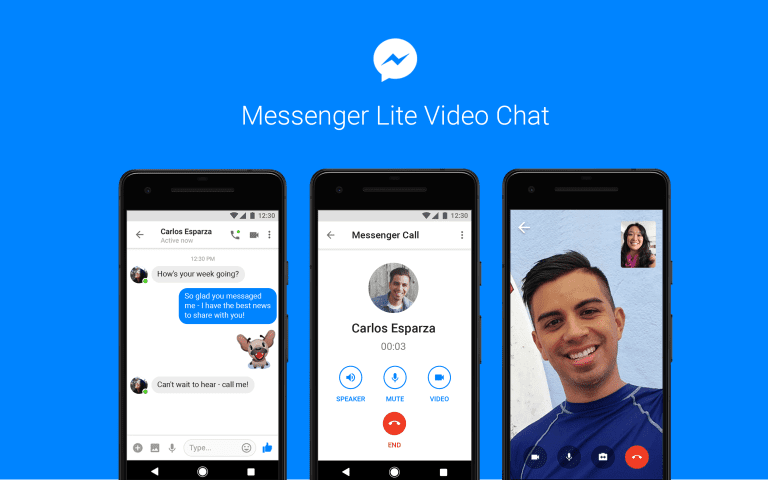 How to Make Video Chat in Messenger Lite

There is no special skill or requirement to enable the Facebook Messenger Lite feature to start making video calls via the app chat interface. Here are the procedures to make video chat in Messenger Lite for iOS and Android phone.

1. Upgrade Facebook Lite to the latest version from your phone app store

2. Open conversation with the person you want to male video chat with on your friend list

3. Click on the video icon to the upper right of the screen

4. Once the other user accept the incoming video call you are good to go.

Meanwhile, before you can make a video chat in messenger both parties must have the latest iteration of Facebook messenger lite.

With the new Facebook messenger Lite feature you can now have face-to-face chat on Facebook and can also swap from voice call to a video call on Facebook Lite app by clicking on the video icon to this button of the voice chat screen.

Do you enjoy the new Facebook feature to make video chat in messenger? Please share your experience.