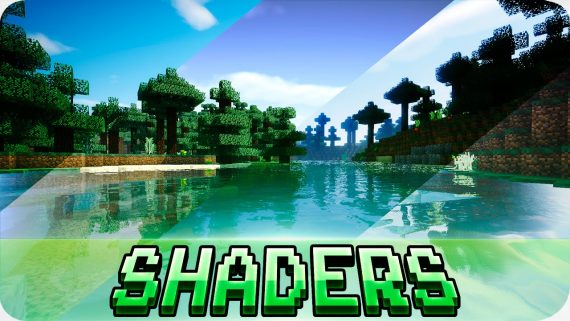 Discover the top 5 Shader Packs for Minecraft that you can install today and make your Minecraft experience more enjoyable and fun.

Minecraft already has a fantastic art direction, but the simple block look can get a little old after a while. If you are tired of the old visual style, you can install Minecraft shaders every time you play on your PC. Shader packs change the lighting and rendering techniques used by the game, give the game a complete visual makeover, and make it look like a next-gen version of Minecraft. Some Minecraft shaders are more intense than others, but each one will transform the game in remarkable ways. These the Top 5 Shader Packs for Minecraft.

There are many options to choose from when looking for the best Minecraft shaders. If you wish, you can follow individual modders and visit their websites to choose from the shaders they produce. But if you’re starting from scratch and are unfamiliar with the community, then you should venture out on a Minecraft mod site.

There are several good ways to read carefully. Minecraft Forum and Planet Minecraft are the places where many modders initially upload their mods. However, when it comes to finding the best Minecraft shaders, 7Minecraft and 9Minecraft in particular have some of the largest collections on the internet.

How to install Minecraft shaders 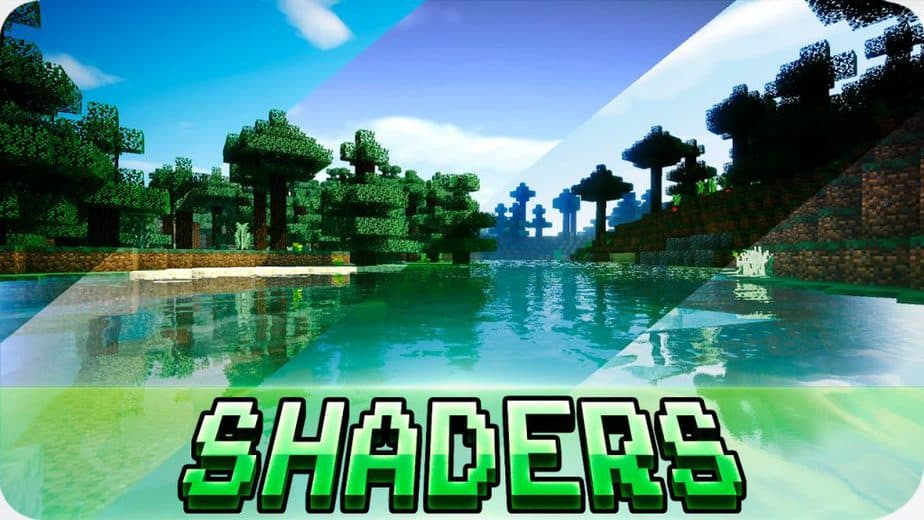 Installing Minecraft shaders is not that much different from installing mods in other games. To get started, you’ll need to install a mod manager and a program called Optifine.

Optifine greatly improves Minecraft’s graphics and performance, and allows you to increase the number of frames per second (fps) in the game. It also avoids delays and lets you change the graphics settings on a granular level. The latest versions of Optifine are also directly compatible with most shaders.

Before we list the Shader Packs for Minecraft, it is important we talk about finding the right mod. When it comes to mod managers, the Minecraft community generally recommends Forge. It’s effortless to use and has enough features to make installing mods easier than ever. Besides, it has the complete features.

The Forge API ensures that all mods are compatible with each other before they are released to avoid game crashes due to mod mismatches. If you want to see other options, MultiMC is also a good open-source option that is widely used by the Minecraft community. It has the added benefit of allowing multiple instances of Minecraft to run at the same time.

How to install Shader Packs for Minecraft

Before you can start the download, you need to change Minecraft. Just install Optifine, an optimization and display tool that improves the look and feel of Minecraft. The only caveat is that Optifine is not yet optimized for 1.14, the Village and Pillage update. To get the best and widest selection of shaders, you need to be running Minecraft version 1.13. It’s not a big deal, it just means that there are no volumetric light pandas.

Then simply put the unzipped shader package in the appropriate folder. You can find your here: C: \ Users \ [Name] \ AppData \ Roaming \ .minecraft \ shaderpacks. If you did it correctly, the shader will immediately appear on the video options screen. If you want to completely revamp the appearance, you should also install a texture pack. In the meantime, however, these shaders will change your game quickly, some more completely than others.

If you want to take the Minecraft look to the next level, a shader pack is the best solution. Shader packs completely change the look of Minecraft and add all kinds of new visual features. From shade and sunlight to stunning water and rippling grass, the shader pack can completely change the look of Minecraft and make the game extremely realistic. Here is our list of the 5 best shaders for Minecraft! Below are the top 5 Shader Packs for Minecraft

Continuum Minecraft shaders back then were a pack of lighter shader’s. It has more white light than yellow light, and with it we can see better during the day. At night, however, the Continuum shaders are a little darker. It’s not the darkest on this list, but neither is it the lightest nighttime shader package. Overall though, this is my favourite because it’s so great during the day. This is one of the top 5 Shader Packs for Minecraft 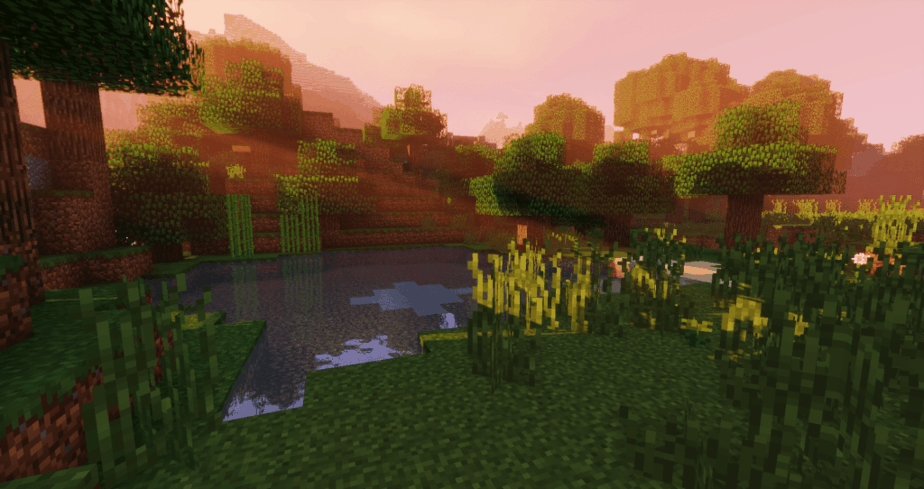 Sildur vibrating shaders. This is one of my old favourites that are still very actively updated. Sildur shaders offer many different options that allow them to be used on older computers as well. If you want to use shaders on a broken/slow PC, this shader pack is for you. Just choose the lowest setting for everything. Sildur’s Vibrant Shaders Pack for Minecraft is a very yellow shader pack during the day, which makes it very dark at night too. 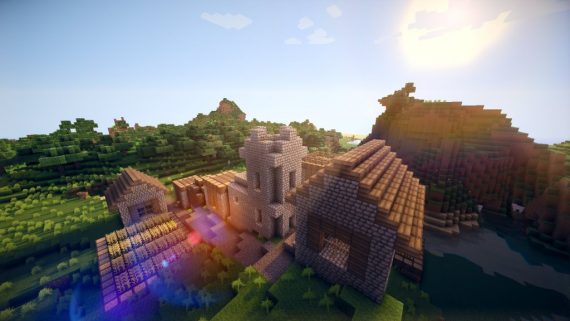 Third on the list are the Cocapic Shaders. It’s a nice combination between Continuum and Sildur’s. It has a meid yellow appearance during the day but is very dark at night and one of the darkest, if not the darkest, on this list at night. Make sure you always have your flashlights with you and your areas are very well lit with this shader pack. 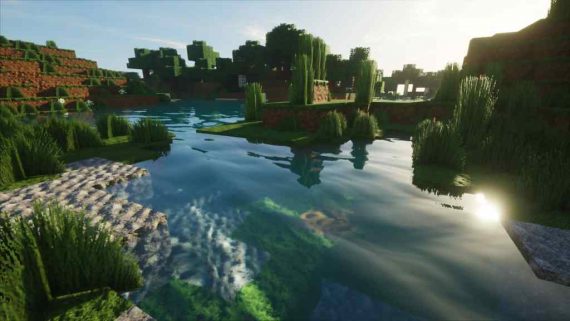 After the shaders from Chocapic13, we have the incredible shaders from Sonic Ether. This is another class of Minecraft shader packs that were still actively updated in 2019. SEUS is a yellow-tinted shader package with very clean sun and looks great at night. This is one of the best night shader packs in my opinion, which makes it a great option if you do a lot of exploring in the dark. 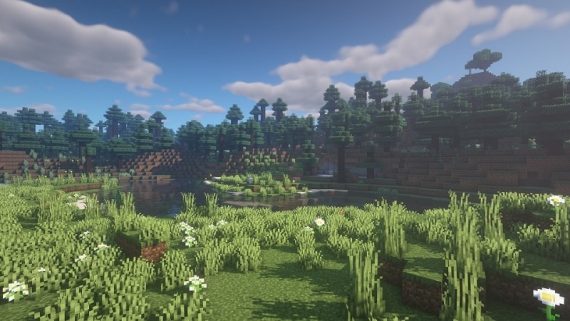 BSL Shaders for Minecraft has some of the best imagery you can get in Minecraft without the need for a fantastic PC to run. It has warm and cosy light with realistic-looking water that fits perfectly into Minecraft. This shader pack is also a little more realistic than some of the other packs on this list without losing the full vanilla look of Minecraft, which can be the case with other shader packs.