Android security is a no joke with when you have intruders and hackers around you. Only password or fingerprint lock is not enough to lock intruders out from access your privacy on your device. Using screen lock to disable unauthorized access to phone gallery and videos is not a bad idea. After all, it’s your phone so you have every right to block anyone you don’t like out with passwords, PIN, fingerprint, facial unlock recognition, with or without lock apps like screen lock apps, gallery lock app, phone screen lock app, and the rest of them to lock phone screen with a secret access known to you alone.

Therefore, if you want to take securing your phone access beyond a mere fingerprint lock or using a password you need to download, install, and set up additional security measure using AppLock that are multipurpose which can lock phone screen, gallery, lock messengers like Facebook, WhatsApp, Twitter, Gmail, and even your dating app so that everything will remain absolute hiding.

That being said, you can just open your phone to download screen lock app from Google play store or download an APK. However, to ease you the stress here in this post I have compiled best 10 app locks to lock phone gallery, phone apps, phone video, phone messenger, phone screen, and to also deny access to phone wallpaper when the screen is locked.

Here are some the list of the best apps to lock phone screen, protect fingerprint lock, and lock screen wallpaper to denied unauthorized access to unlock your phone with either a password or fingerprint or face lock.

Diamond zipper lock screen design is dope and everyone want to use it. What about? Do you consider this the best app lock for Android because of the premium feature?

This gallery lock and phone screen lock app is a funny app to lock your app with emoticons or emojis like most emojis most ladies add to their pictures. With different types of funny wallpaper lock, you can create a scene using the lock app.

The funny and safe-lock screen app features unbeatable 3D wallpaper alongside lock screen feature. You have the privilege to choose different lock code such as a password, PIN, and even face lock if your phone has the new Face lock feature.

A full proof that you can use a fingerprint scanner feature on an Android device without fingerprint scan feature. It’s meant to be prank though but the app does exactly what the pranks analyzed.

Use this app to add a real door effect to unlocking your phone with a pattern or a password using Door app lock for Android. 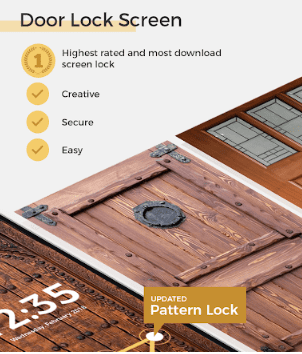 When you set up a lock option using the app it does use door design to lock the phone screen and unlock your phone when the correct pattern is drawn or correct password is typed as if you were opening your entrance door with an opening indicating the phone is unlocking. Should you want to use this app here is a source information.

AppLock is a multipurpose Android lock screen app to lock phone screen, phone apps, messengers, videos and phone gallery. The most popular app lock for Android device could be narrowed down to this app.

It works like other app locks in this archive yet the simplicity of the app to perform multiple locks at the same time with different lock code set the app aside from other lock and unlock apps.

Do not be an unromantic boyfriend or girlfriend. Learn to add some spices to what your fiance or fiancee think about your every day. You don’t have to wait until your friend, fiance or fiancee birthday to use his or her photo as wallpaper.

Rather, you can let each other feel and see love in the air using each other’s photo as your phone lock screen. That is really amazing to describe with myopic eyes.

With the Photo Zipper app, you can set a different photo as a lock screen wallpaper to keep the intruder on your phone screen without even thinking of accessing your phone. Meanwhile, don’t poke a friend.

This is similar to zipper app to lock your phone screen with a tweak of iPhone iOS9 wallpaper, your personal wallpaper as the background photo.

To simply create and clone iOS design on Android with either a pattern or password lock screen Kpop lock screen is a choice with that awesome features.

The Kpop lock screen has some advanced features which include mobile battery optimization and a custom background feature to set a different wallpaper on your phone locked screen.

This actual the best face lock prank app to fake unlocking your phone with a face lock feature in Android nougat, Android Oreo, and Android P. 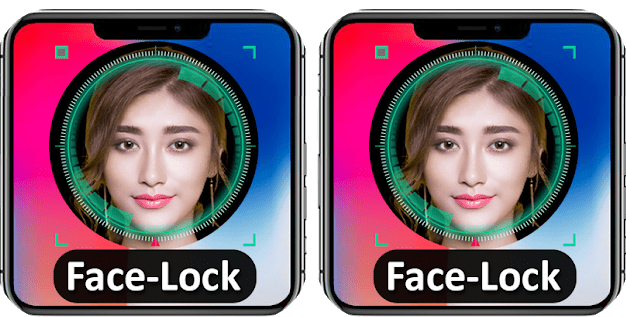 You basically fool your friend by setting up a face lock feature to lock your phone screen with your own face. Meanwhile, the phone screen lock app is not a real face lock app but for the fun of it, you should consider checking it out.

This app is mainly for protection and to create additional protection layer on both apps and folders with secret information on your device. This is virtual the best AppLock for Samsung and Android Marshmallow +. 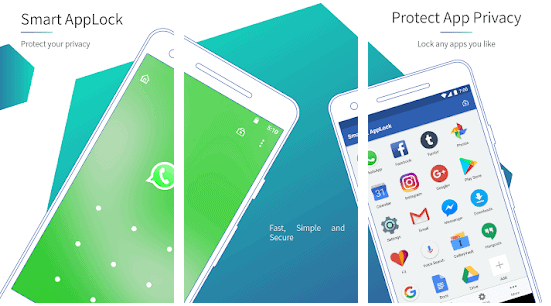 The AppLock features a fingerprint unlock feature different from the fingerprint lock screen prank app. To lock phone screen when someone clicks on a file access is not granted you should consider installing Smart AppLock.

Apart from normal phone app locks you can also lock call logs, lock phone settings, and lock app market to stop an intruder from having direct access to your privacy.

To lock phone screen you can either use the built-in lock feature such as a password lock, pattern lock, or a PIN lock on your Android phone. However, to lock private folders such as gallery, documents, videos, etc you need a special phone lock app. And from our research, to lock phone screen without a fear of bypassing the lock code or passcode these are the best apps to lock private folders on Android.

Lock On Snapchat Story: What It Is And How To Create One