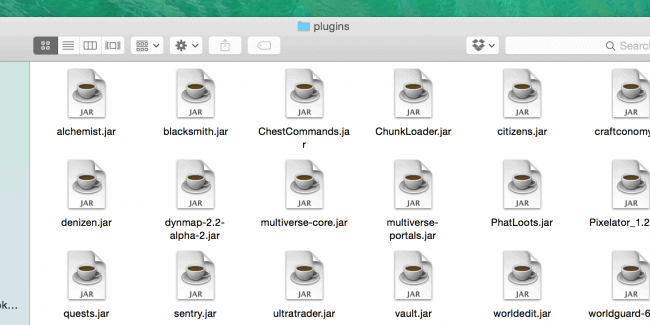 Discover the Top 10 Plugins for Bukkit and Spigot Servers in this article and make your Minecraft experience more fun when you download them.

Finding plugins for your Bukkit & Spigot servers can be detrimental to the success of any Minecraft server. From ensuring a lag-free experience to controlling community guidelines and rules, a solid list of the best plugins for Bukkit & Spigot servers is essential. That’s why we decided to make a list of the 10 best plugins that you must have on your spigot server. From duelling protection to protecting your spawn, warp and more. So let’s jump into our list of the 10 best bukkit plugins. Let’s show you the top 10 Plugins for Bukkit and Spigot Servers in this article!

The original Bukkit was a modified offshoot of the official Minecraft server program, meaning the developers took the code from the Minecraft server and modified it to automatically install and run the Bukkit plugins. That project ended when Minecraft publisher Mojang bought Bukkit hardware. However, you can still use Bukkit plugins with Spigot and CraftBukkit servers.

One of the most versatile and useful plugins to add to a server is EssentialsX. This Bukkit & Spigot server add-on is technically a performance upgrade for Essentials with a few additional tools to enhance the Minecraft multiplayer server experience. EssentialsX lets you customize chat appearances, spawns, prefixes / suffixes, and more.

EssentialsX offers many advantages over using the standard Essentials plug-in on your server. Some of the additional benefits of EssentialsX are:

EssentialsX also allows commands like / Home and / Spawn. If your Minecraft server uses the Vault plugin, you can also create signature shops, sell items and enjoy complete economy for your players. This is the first on our list of the 10 Plugins for Bukkit and Spigot Servers.

World Edit is a must-have for quick creation on a Minecraft server. You can create massive structures, paint the floor with the brush function, and create amazing server setups with just a few clicks and a few commands. Additionally, World Edit offers players the option to grant access and only use items in their inventory.

With version 1.14+, World Edit has also become much more efficient and has no problem with building tall buildings or importing massive blueprints. This is because it has been re-coded and optimized as much as possible for version 1.14+, removing all of the old inefficient code for much better lag-free solutions. 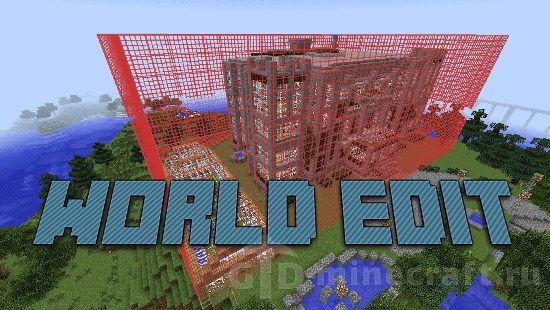 If you are using a public server, you will have issues with grieving players, other player builds, etc. World Guard helps end server pain and makes it one of the best plugins for Bukkit & Spigot servers. With this add-on you can also protect certain regions and at the same time give players access to certain items in these regions, e.g. B. Chests, enable.

For example, in a spawn, you can allow players to open chests, boxes, anvils, etc. without being allowed to place or remove blocks.

If you want players to be able to fight in PVP, you can easily set a region where PVP is enabled, disable theft, etc. All you have to do is enable the PVP indicators in World Guard.

Every good Minecraft server has some sort of store where players can buy and sell items using the server economy. While you can easily set up a simple sign store with EssentialsX, gamers expect a graphical user interface for the server store. This is where ShopGUI comes into play. ShopGUI Plus allows you to create a store that players can access regardless of where they are on the server.

ShopGUI Plus is an amazing premium plugin that allows you to give your players easy graphical access to the store. This plugin is also extremely easy to configure. Any item in Minecraft can be bought and sold through this plugin in the GUI. This will make your server look more modern and more interactive for players. This is one of the most exciting plugins on our list of the 10 Plugins for Bukkit and Spigot Servers

The top 10 Plugins for Bukkit and Spigot Servers won’t be complete without mentioning the LiteBans plugin. It is another fantastic premium plugin for Bukkit and Spigot servers. As we all know, you will occasionally come across players on the server who break the rules or ruin other players’ gaming experience. While normal ban controls work well in most cases, it is difficult to apply ban bypass, player history, and clarification of why a player has been banned from all admins.

LiteBans takes the bad apples ban on your server to a whole new level. With this plugin you can save all prohibitions in a MySQL database, which makes it perfect for servers on the BungeeCord network. Plus, you can check players’ alts, lock history, and more. Best of all, you can access this information from any server on your network.
This is one of the few Bukkit & Spigot server plugins that you can’t live without.

From this point of view, when a new player arrives and joins your server it can sometimes be confusing what to do next. You can of course use books or posters, but why isn’t it fun and easier to read? You may need to focus on a specific rule or command to generate it. Holographic screens work great in these situations.
We now have holographic screens for almost everything. From essential out-of-the-box instructions to basic controls to get you started, we’ve configured holographic displays on our server network so gamers know what to do.

With this plugin, you can place text anywhere in your world with the text and format you want. It is fully compliant with the Bukkit colour code and is currently on almost all public servers. Holographic screens allow you to get your players’ attention without constantly spamming the chat with broadcasts.

Players are pretty much useless most of the time unless a player finds one right in their claim. SilkSpawners, however, is a game-changer. This plugin is extremely simple and allows its players to use a Silk Touch pickaxe to mine and collect generators. In return, players can place players in factories, factories, etc.

To reduce the delay, you can only allow one ranked players to use SilkSpawners in certain game modes. This not only gives players a reason to level up, but it also frees players from using it. by players who leave after a few hours of play.

Do you remember the carefree days of honing your lumberjack skills in Runescape? Well, MCMMO is giving Minecraft a new look by adding similar capabilities. That alone makes it one of the BEST plugins for Bukkit & Spigot servers! Players can hone their skills in everything from logging to fishing, mining, and more! Either way, there is likely an MCMMO skill, including repair tools!

As you level up, these skills will provide you with additional perks to help you with this skill. For example, MCMMO’s Tree Feller ability allows you to fell an entire tree with one shot. The higher your level, the more chances you have of getting new items or more from a block.

Plus, it gives your Minecraft server a new look so your players can get addicted to your game and play more! Overall, MCMMO is a great plugin to add to any Bukkit / Spigot server.

Stop the pain with just one add-on! GriefPrevention is intended for survival based servers and allows players to claim territories with a golden shovel. After claiming an area, other players cannot place, remove, or use blocks unless authorized by the claim owner.

GriefPrevention takes the pressure off the operation of a Minecraft server by reducing the number of player buildings destroyed and items stolen. This is hands down the best pain reliever plugin available today and a must-have on any survival server!

Delay: is the demise of almost all servers. ClearLagg handles many lagging situations without having to worry about them. For this purpose, mobs are deleted, uploaded shards are deleted and stored elements are deleted after a certain period. Among other things, it also limits the spawn radius of a mob.

ClearLagg also monitors the delay and takes action to reduce the delay if your server experiences large spikes in usage. If you have more than 15 players running concurrently on your server, you should install ClearLagg to prevent players from experiencing horrific lag spikes.

Lag can prevent a player from easily returning to a server, which is why ClearLagg was on our list of the best Bukkit & Spigot server plugins. It is an essential addition to any server. This is the last on our list of the 10 Plugins for Bukkit and Spigot Servers.