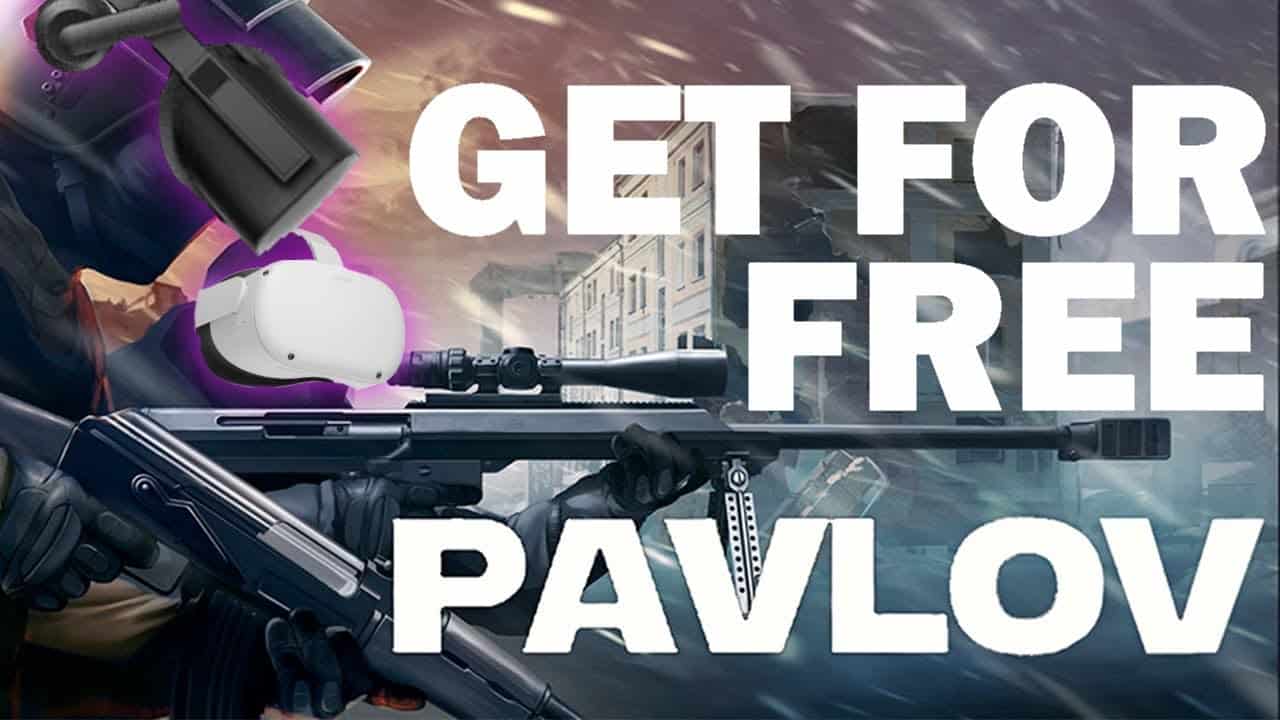 Pavlov is a VR multiplayer shooter video game with a lot of fascinating features loved by VR gamers around the world because of its realistic combat experience and mod potential! To learn how to get Pavlov on Oculus Quest 2, follow this guide to the end to enjoy a worthwhile VR experience.

The fact that the game is bespoke makes it exceptional, in the sense that you have the luxury to allow your friends and the whole community around you to also experience it.

Pavlov is set in both the modern and World War II eras, taking you through a VR adventure in different historical scenarios. Do you have an Oculus Quest 2 VR headset, and you are wondering if you can get Pavlov on it? Well, the answer is yes! Just follow this post to the end.

The authentic Pavlov VR is only available on Steam and not the Oculus Store. To be able to get Pavlov on Oculus Quest 2, you might need a gaming PC and then stream the content to your headset (via Oculus Link or Virtual Desktop).

However, in case you don’t have a gaming PC, you can install and play Pavlov: Shack, a disapproved unofficial version of the original game, on your Oculus Quest 2 using Sidequest.

In this article, you will get to know the different ways to get Pavlov on Oculus Quest 2. Read on! 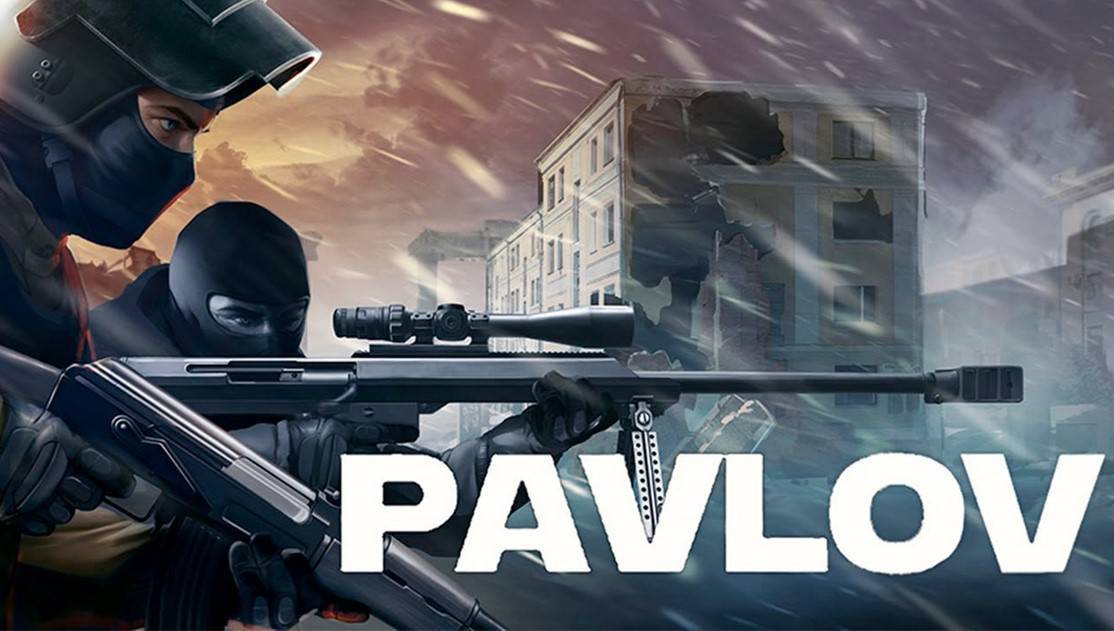 Can you get Pavlov on Oculus Quest 2?

Yes, you can get Pavlov on Oculus Quest 2 but via sideloading. You can’t find Pavlov on the Oculus Store because it is not available on it. However, the developer declared that the App Lab could be used to sideload the game.

The Quest 2 version is referred to as Pavlov: Shock Beta, and on the official Meta Quest website, Oculus attests that the game is experimental or still in the grooming stage, hence might not work effectively. While using your gaming PC, you can also use SideQuest to sideload Pavlov on your headset.

Meta Platforms launched the Oculus Store for Oculus Quest headset users, so they can easily locate and download all games and apps with Quest support. In case a particular app or game can’t be found on the Oculus Store and you need it, you can make use of the Sideloading option.

Pavlov is a well-known military shooter video game initially released as a PC VR game. However, as different tech companies started releasing their VR headsets, Pavlov’s developers began to include support for specific VR headsets like the HTC Vive and Valve Index.

In case you love Pavlov VR, you might be wondering if you can get it on your Oculus Quest 2 VR headset. Even though it has been available for download since January 2020, it was until it was made available via the Oculus Store that the servers began to pop.

As of the time of writing this article, Pavlov VR is available for purchase via Steam and playable via your PC. You can’t buy it directly from the Oculus Quest 2 game store. Therefore, you can’t download and install it directly onto your Quest 2 headset. 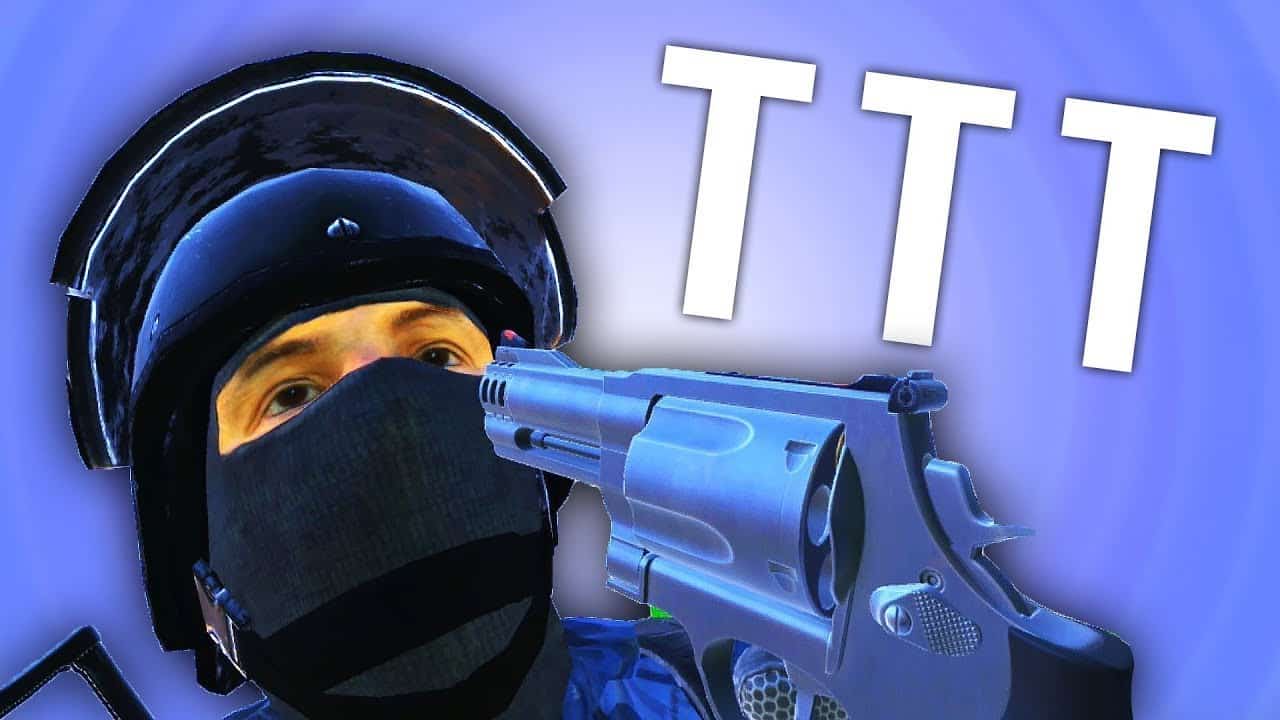 Is Pavlov on Oculus Quest 2 free

Pavlov VR is one of the very first games that Sony verified in its next-generation VR headset. With the ever-growing and blooming Pavlov VR community over time, you may be wondering if Pavlov on Oculus Quest 2 is free or not.

Anyway, Pavlov VR is available at $24.99 on Oculus Quest 2 and PlayStation VR 2 headsets. At this price, gamers as well enjoy crossplay functionality. However, crossplay will not be extended to the initial PSVR users.

While Pavlov VR is purchased at a cost, Pavlov: Shack continues to be free on all platforms, however awaiting its official release.

However, some days ago on Twitter, the Pavlov developer, Davevillz announced that the official Oculus Store version of Pavlov on Quest, named Pavlov Shack, will cost $24.

How to get Pavlov on Oculus Quest 2 without PC

The Oculus Quest 2 can download the game via SideQuest, and by sideloading the game to your standalone VR headset which will require you to have a developer account. However, this process is very easy and will not require extra purchases.

There are numerous ways to criticize the game, but once you consider the fact that it provides you a Pavlov experience totally for free, you have to accept that the game has standards.

Therefore how do you get Pavlov on Oculus Quest 2? Well, you need to download the Sidequest application, and utilize the games library of this app to get Pavlov: Shack directly. Installing SideQuest for the first time can be time-consuming, but you only get to go through this ordeal once and for all.

Follow the steps below to get Pavlov on Oculus Quest 2 without PC:

How To Play Pavlov VR On Oculus Quest

Fortunately, you can connect Quest 2 headset with your PC, and use the PC to play games that are not directly available for the Quest 2. You can consider other options.

The first simplest method is via the Link Cable. By using a cable to connect Quest 2 with your PC, you can effectively use the PC to provide power. Your headset then becomes the screen displaying whatever you are doing on the screen.

Before you purchase a cable though, it’s very vital to check that your PC meets the minimum requirements to use this method. In case your computer meets all the requirements, here’s what you should do next:

Note that the Link Cable is 5 meters long, therefore there won’t be an issue when it comes to moving around. You can as well use other compatible cables if you want to get something cheaper. Although there is another option as well that allows you to play Pavlov VR wirelessly.

Follow the steps below to play Pavlov VR wirelessly:

Absurd right? You can try it out anyway! 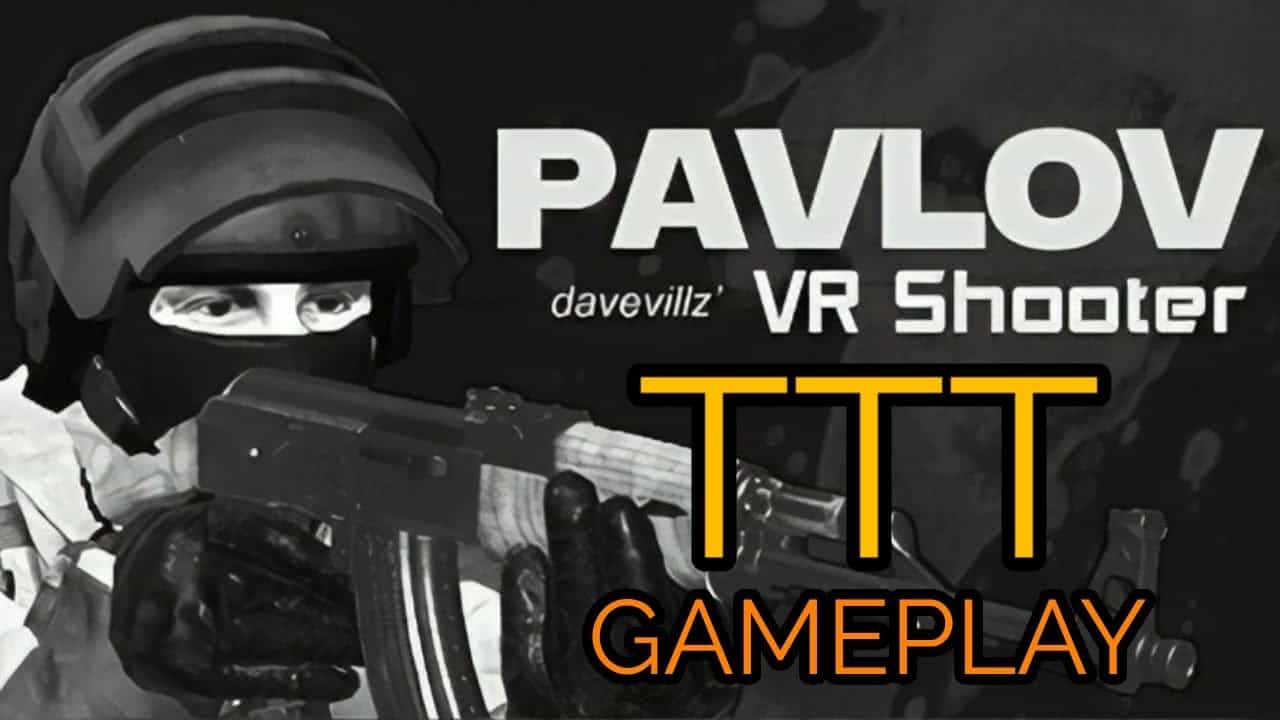 In case you don’t have a gaming PC, the Pavlov: Shack is the best option for Quest 2. Pavlov: Shack, formerly known as Pavlov Lite, is different from the authentic Pavlov VR because of its graphics, customization, and cross-play amazing features.

Pavlov Shack Beta, the free standalone Quest version of the well-known PC VR shooter, is out now on App Lab! The download clocks in at just under 4GB (3.95GB) with zero sideloading required.

Pavlov: Shack features toned-down graphics, based on the limited resources in creating the game. Pavlov Shack Beta is out now free of charge on Oculus App Lab for Quest. 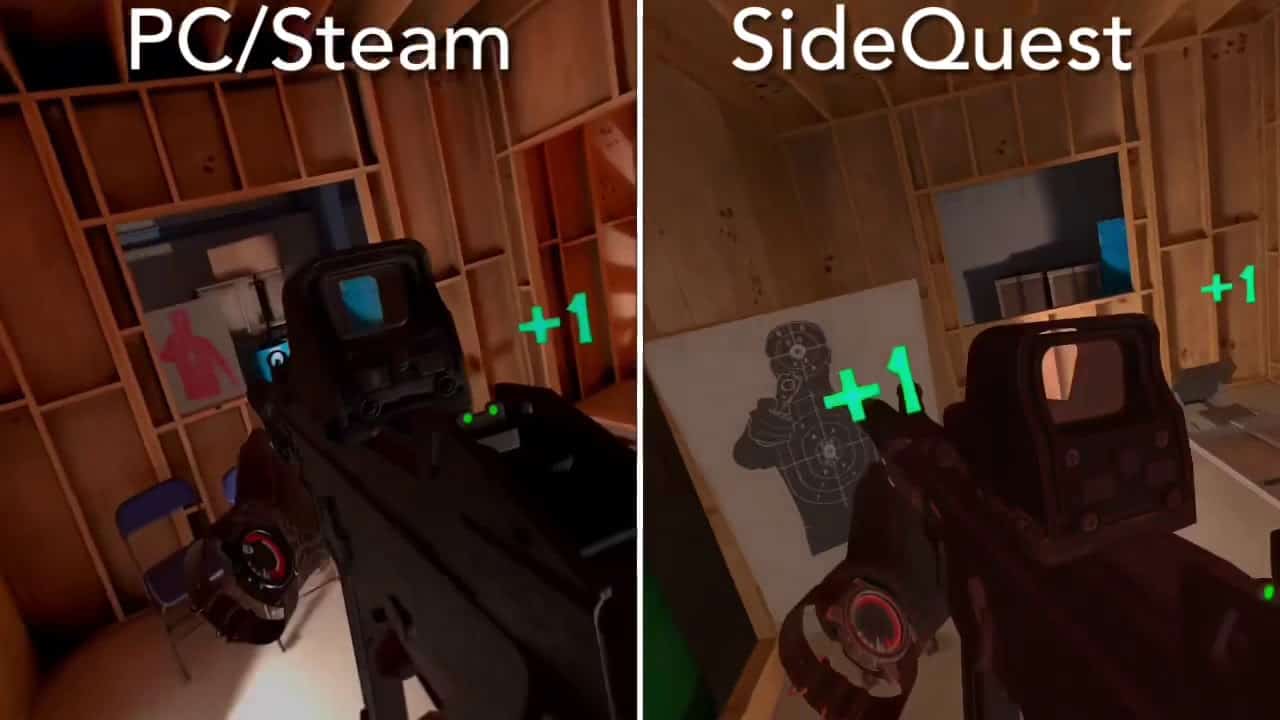 The ongoing Pavlov: Shack beta will be free on all its platforms till its official release. Oculus Quest or Oculus Quest 2 can download the game now using SideQuest. You will need to set up a developer account to sideload the game onto your standalone headset.

You might also experience some limitations with the custom maps, bots on maps, game modes, and weapon scopes on Pavlov: Shack than Pavlov VR. The cross-play feature is also unavailable, and you can only play with users on Pavlov: Shack and not those using its PC version.

Pavlov: Shack features uninterrupted gameplay despite the above limitations, attracting more users into its community. You may want to go in this direction to access the game, you will have to download the SideQuest app and then use its library to access Pavlov: Shack.

The Quest 2 version of Pavlov Shack looks impressive in the upgraded gameplay clip. Pavlov Shack Beta is coming to App Lab as well on Quest, for free, but there’s no date on that. It sounds like the developers are still waiting on approval for App Lab from Oculus.

Although, they are planning to submit it “to the Store” later in the year which hopefully implies that it will be on the official Oculus Quest store alongside Onward, Contractors, Population: One, Hyper Dash, and more soon.

I hope this article has helped you get Pavlov on Oculus Quest 2 without any hassle? Kindly drop your reviews in the comment section below.