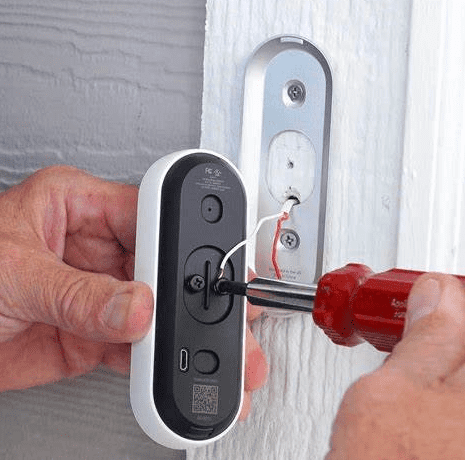 Video doorbells are now increasingly used as a popular security solution. With video doorbells, you can easily see who’s at the door, have two-way communication with them, perform face scans, and much more

Google has its doorbell, called Nest Hello. Nest Hello Video Doorbell was launched in 2018 and it contains some impressive features.

Although it isn’t far off from other video doorbells, it comes with its perks, and stress especially while installing it.

If you have a Google Nest Hello doorbell. Installing it to an existing doorbell might not be easy to figure out on your own.

Not only that, setting it up usually requires some compatibility checks. Meaning: If you want to install a Google Nest Hello Video Doorbell with an existing doorbell, you have to check if it is compatible.

And in this article, I will be showing you how to check for its compatibility while focusing on how you can install your google doorbell with an existing doorbell

To check if it is compatible you need to have some tools, these tools are going to be required for the installation process.

So what are the needed tools for you to install a Google Nest Hello Video Doorbell. 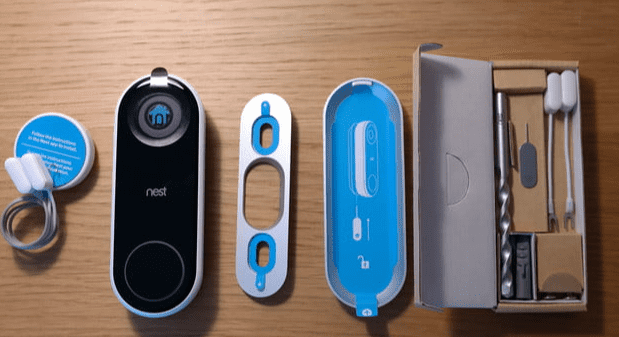 Since you’re now familiar with what is required to install a Google Nest Hello Video Doorbell, you can proceed to start it, by connecting the Googe nest app with the video doorbell device.

And, here’s how to do that: 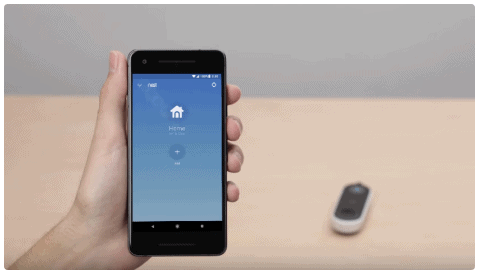 Since we will be making use of our smartphone device to view, the visitors outside the door, perform face scans, or have two-way connections with them, we have to link the smartphone with our Google Nest device.

And that will be done using the app. If you are a new user kindly follow the instructions below,

however, if you have a nest device which means, you have an account, kindly skip these instructions and proceed to the next subheading.

For a New user

Now, if you’re not a new user/ you have an account do these:

Note: in a scenario where you have more than one home in your account, hit the “menu icon” at the top left corner to switch homes.

once you’re done with this, you have to check if the Google nest video doorbell works perfectly with the current doorbell you have.

And to do this, you first have to check the voltage and the wire arrangement.

How to check compatibility and voltage requirements

To install a Google Nest Hello Video Doorbell you have to carry out a check on your Google video doorbell for its Compatibility follow these few steps below:

Closely follow these steps to ensure that your current doorbell system is compatible with your Nest doorbell.

How to check system compatibility with Nest doorbell

Scenario 1: The chime has two or more wires

Scenario 2: The chime has both wires and batteries

Scenario 3: The chime only has batteries and no wires

Now, after going through these three scenario with your chime and it passes the compatibility test, you should also check the voltage ratings of your transformer if it is within these ratings below:

Once you are done with that, proceed with the chime installation process before you begin to install a Google Nest Hello Video Doorbell 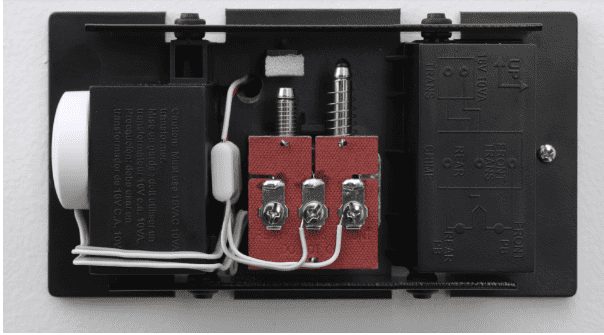 Now, if your chime cover isn’t removed go ahead and remove it. you might need a screw before you’re able to do that in some cases.

As soon as it’s removed take a photo of your chime’s wiring before touching anything.

Taking these steps makes you have something to look back to in case the need arises to rewire it later.

1. What You Should See on your chime box:

3. Wire in the Nest Connector.

5. Next, remove your old bell.

6. Mark the holes for drlling 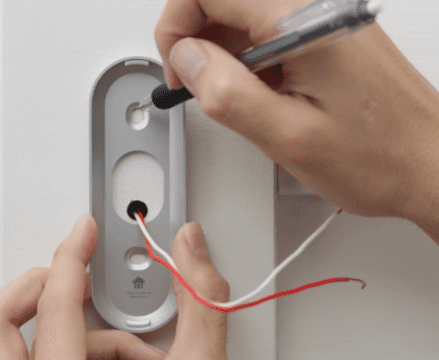 On the point where you’ve marked the screw holes with a pencil, grab a power drill and drill right into the wall. 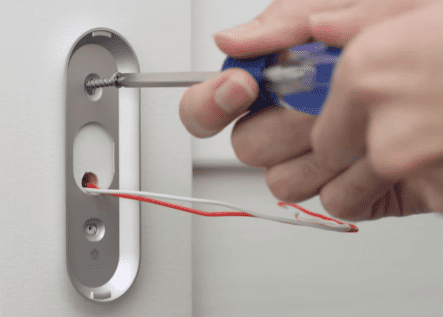 9. Connect the wires to your Google Nest doorbell. 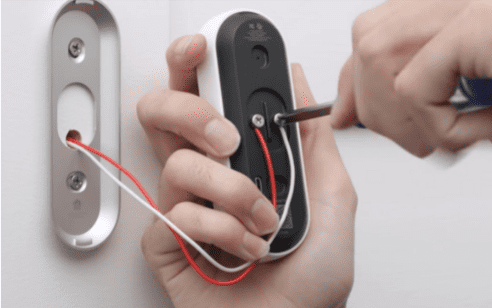 10. Clip in your Nest doorbell.

Carefully, put the wires back into the wall and clip in your new doorbell.

11. Now, switch the power source back on.

Check if the ring around the button is glowing blue.

If it is, everything is working perfectly.

Once you’re done with all these. you should have installed your Google Nest Hello Video Doorbell perfectly and it is ready to use. 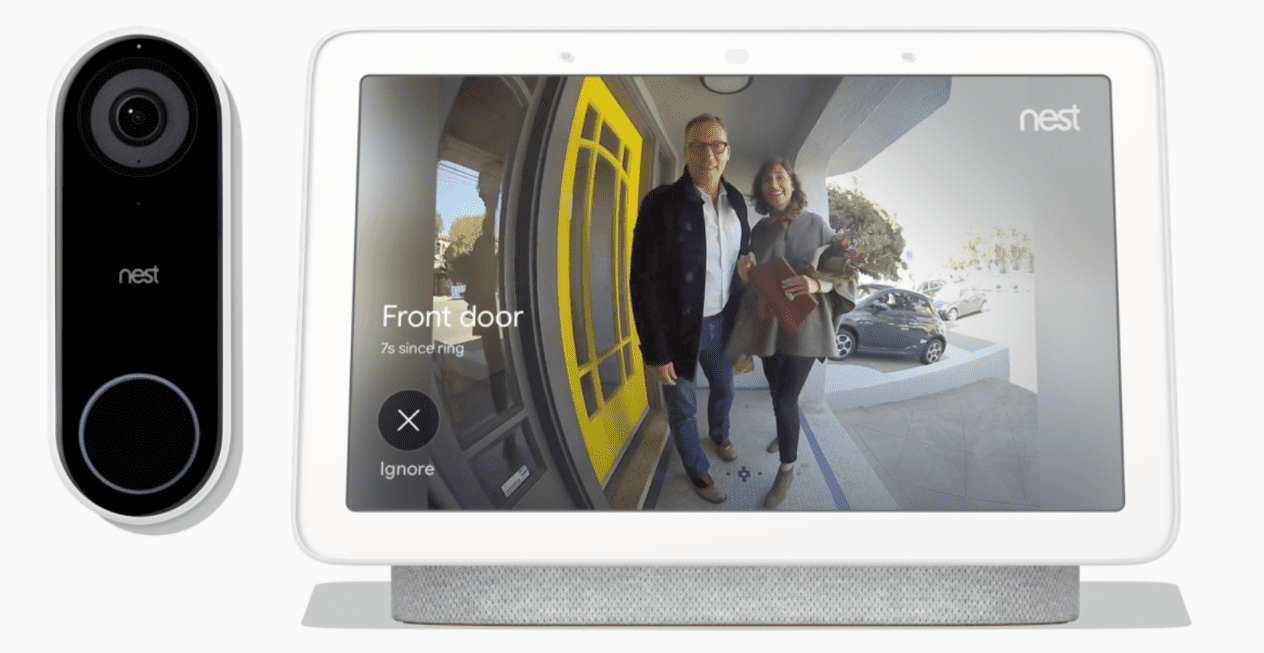 Figuring out how to Install a Google Nest Hello Video Doorbell might break quite tedious as it involves quite a series of steps to get it fully set up.

Setting it up is fairly easy, you only need to follow the steps above carefully, and within minutes you’re done.

but, if you don’t have an existing doorbell set up and you want to install a google Nest Video Doorbell, you need to get an indoor power adapter, as compared to the google nest doorbell(wired) which is the newer version of the Google Nest Hello Video Doorbell.

If you have a ring video doorbell instead, over here you can find instructions son how to install it.