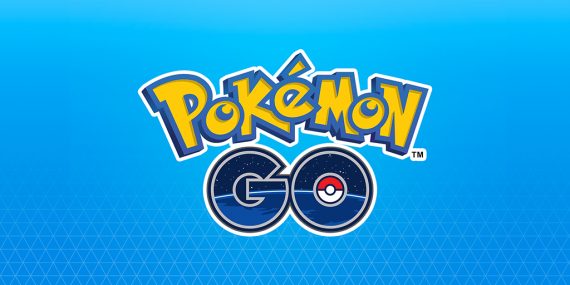 Many Pokémon GO players are primarily focused on participating in the game through home games and taking advantage of the mobile AR game’s generous temporary item packs and increased drop rates. Even so, Niantic is still looking to the future and starting to plan how the AR aspect of the game can be improved in the future.

Although the AR feature is completely optional in Pokémon GO, with rare exceptions for certain event tasks or the capture of certain Photo Bomb Pokémon; Niantic is still very keen on developing and improving the AR capabilities of all of its core games (Ingress, Harry Potter: Wizards Unite, and Pokemon Go). With this in mind, the company is beginning to roll out new features that will allow players to be recruited to collect additional points of interest data on the in-game map.

In creating a compelling AR experience, it is obviously helpful for developers to know as much about real-world landmarks as possible. While the phone’s camera says a lot about 3D space in real-time, knowing more about the location in advance can potentially help developers plan more interactive and engaging experiences tailored to specific locations.

With that in mind, there’s a very interesting new section of code in the latest Pokémon GO data mine that points to a new Pokestop scan feature. As always, please note that the datamined code can be changed or removed and is no guarantee of the future of the game.

The Pokestop scan code is very interesting and suggests that Niantic will soon be recruiting PoGO players to scan Pokestops and other POIs on the map to create Niantic resources and hopefully help players earn badges. great on the way.

How to Scan PokéStop in Pokémon Go which we are going to show you in this article allows users to record a video or take a series of pictures from PokéStops or gyms in their area. When you scan an object in a PokéStop, the game can generate a 3D version of the object from the real world, updating its dynamic 3D maps in real-time for others to see.

Niantic is a firm believer in promoting augmented reality technology and interactions within software. This is exactly what the AR mapping functions in Pokémon Go do.

Starting today, any level 20 player who does not have a Niantic Kids account can interact with certain PokéStops and gyms in new ways.

Some PokéStops and gyms look a little different, which means you get AR mapping assignments to spin along with the usual items. These tasks work like normal daily field research, regardless of how you perform them.

First of all, you need to do an AR assignment action on the PokéStop that you received the assignment on. To do this, tap an arrow that appears in the task and explore the area around the PokéStop using the PokéStop scanning system.

Pokémon Go fans, an exciting new feature is coming to your favourite game. Pokémon GO now includes AR mapping tasks that allow players to scan objects on nearby PokéStops to do their day-to-day field research.

How to Scan PokéStop in Pokémon Go

Below is how to Scan PokéStop in Pokémon Go:

This will open the Pokéstop and you can see the location photo disc. On this screen, tap the right arrow icon in the top right corner. 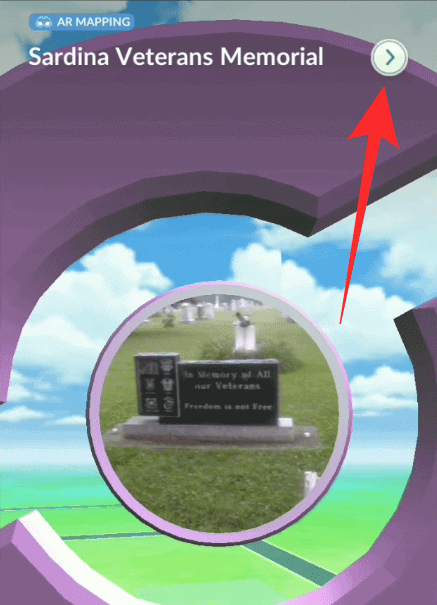 The image visible on the Photo Disc can now be enlarged on your screen. On this screen, tap on the 3-dot icon in the upper right corner.

On the next screen, tap the “Scan Pokéstop” option.

You are now warned to scan with caution and to respect those around you. Press the OK button to access the camera screen. 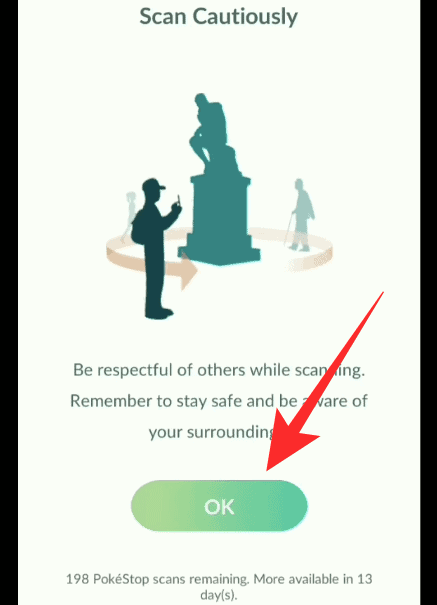 You can now see the camera feed right in Pokémon Go. When you are ready to begin scanning, press the shutter button to start recording. Walk around the object to cover it from as many angles as possible. The following sections provide information and tips on how to better scan PokéStops.

As the subject moves and records, a red progress bar fills around the shutter button. When the red bar closes the circle, Pokémon Go is preparing for the scan and then loading it onto your screen for review. The number of pictures taken is displayed when playback starts automatically in the background.

To download the analysis, click the “Download Now” button below and select “Download Now” to confirm on the next screen. If you are not satisfied with the result, you can simply start the scan by clicking the “Rescan” button in the lower-left corner.

Your PokéStop scan will now be uploaded to Niantic’s servers, which will scan the content you uploaded and then host it on Pokémon Go.

That is how to Scan PokéStop in Pokémon Go.

How to Scan PokéStop in Pokémon Go: Tips to successfully scan a PokéStop and the environmental effect on image capture.

PokéStop scans can usually be completed in around 20 to 30 seconds. You should leave the PokéStop in the center of the frame, making sure it is visible from top to bottom in the frame.

Maintain a constant speed of movement and distance between you and the object.

If possible, walk 360 degrees around the PokéStop. If it is not possible to walk fully, 180 degrees will work in most cases.

You can choose when to download your scans. Once you’ve completed one, you can wait until you get home to send the data to Niantic and complete your task. Pop-up messages may also appear while a PokéStop is being scanned, which is typically used to troubleshoot any issues with the quality of your scan.