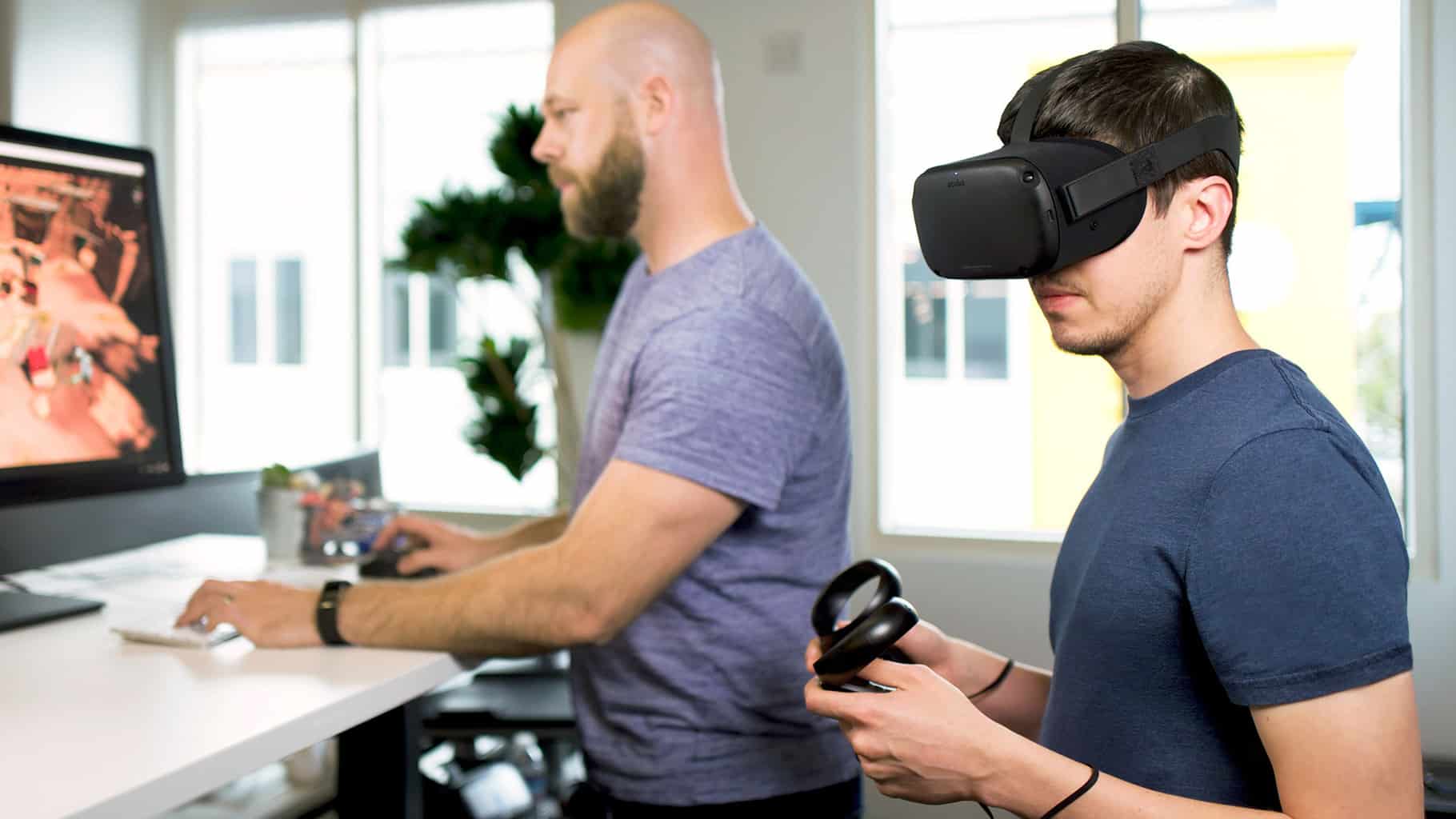 The Oculus Quest is an amazing free VR headset that allows you wirelessly play games from any location with full 6DOF positional tracking. An upgraded version has however been released known as the Oculus Quest 2. In this article, you will learn how you can stream Oculus Quest to Twitch without any hassle.

One major limitation of using a wireless device is that what you are doing can’t be shown on a screen such as with a PC monitor or a PSVR connected to a Television. However, Oculus included some options which are not as flexible as we would have loved it.

Twitch is one of the biggest hits among lovers of gaming video live streaming. Therefore, if you are a loyal fan of Oculus Quest, you may be interested to know how the VR collaborates with the streaming service.

A USB C cable can also be used with the Vysor app once your headset is in developer mode. Finally, you will need a USB, audio cable, and the Quest phone app for the wired connection. The wires must connect to the PC and the headset so it can directly transmit visuals and sounds. 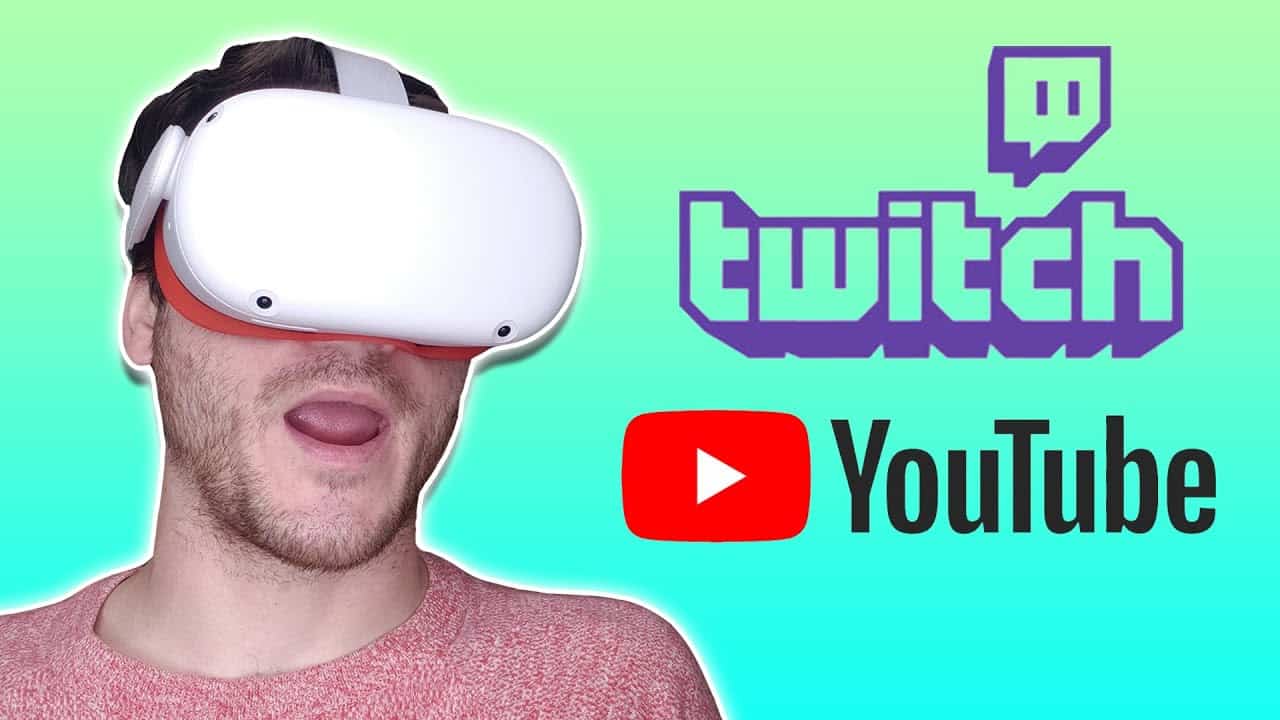 Here’s what you will need to successfully stream Oculus Quest to Twitch:

These are all you need! Ride on!

How to Stream Oculus Quest to Twitch

Streaming Oculus Quest or Quest 2 to Twitch while enjoying the experience with the world can be fun and exciting. However, do you know how to stream Oculus Quest to Twitch with sound? Although the methods available are a bit complicated, there’s an easy solution for you! Read on!

There are two main wireless methods to stream Oculus Quest to Twitch. The first and most commonly-used option is Chromecast. In case your devices support it, you can connect them via an HDMI or a capture card.

Once you discover that the gadgets use the same network, you can link the Chromecast, HDCP Stripper, and the PC. On the other hand, you can as well use the Quest Website which doesn’t need Chromecast devices. Once you sign in to your portal, you can always choose your PC from the available gadgets and then begin streaming.

Before you can use this method, you must make sure that your PC supports Chromecast, whether version 3 or Ultra. However, one limitation is that the service does not link directly to the PC, thus, an HDMI is needed. Therefore, you may have to get an HDMI Splitter to bypass that.

Another important thing you will need is a different capture card to transmit the visual from the Chromecast to the computer screen. For example, you can use an El Gato HD60 S+ that guarantees high quality and stable images. The card also maintains a 4K image transmission, isn’t that superb! Follow the steps below to Stream Oculus Quest to Twitch via Chromecast

In case you encounter any issues, you can always double-check the networks and developer mode or restart the devices. Finally, some gamers experience delays where the actual video and the casted one are not in sync. You can discover this if it’s switched off quickly while testing and tweak your webcam and mic to align, which is specifically essential if you plan to communicate with your viewers. Facebook has introduced a different casting method that doesn’t necessarily require a Chromecast gadget. All you need to do for this method is follow the simple steps below:

The visuals usually come in high quality, and there are very slim chances of video delays, unlike the first method. However, this method also has its limitations which is it doesn’t offer a full-screen option. Instead of the image occupying the whole screen, it will only appear vertical with dark boxes on the sides, leaving a broad blank space while streaming.

You can however take advantage of the black part by concealing it up with sponsored content, reminders, or personalizing your chatbox. On the other hand, the Chromecast method offers a 16:9 output and is a go-to for gamers who would love their videos to take up all the space.

In addition, you need one more setup for the webcam and audio feed. In case you want to engage with your fans, you will only obtain the audio wirelessly from your computer to hear responses. An effective wireless microphone will also come in handy for you to respond to them.

Many times, some other gamers simply insert headphones into the headset, and they are good to go, but they still obtain another wireless microphone for responding. 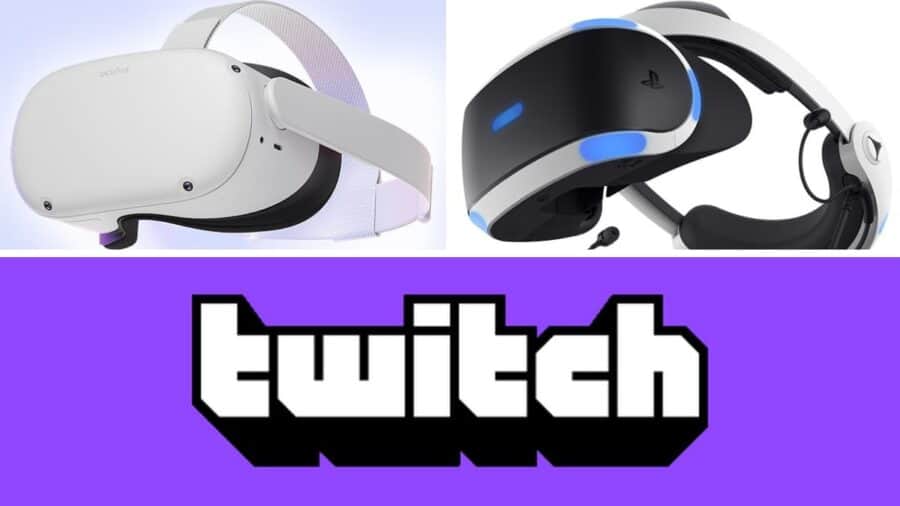 Follow the steps below to stream Oculus Quest 2 to Twitch via the SideQuest app:

How to stream Oculus Quest 2 to Twitch without PC

To stream Oculus Quest 2 to Twitch without PC is quite easy, all you need is either an Android or iOS device to stream. Follow the steps below:

Here’s how to connect Oculus Quest to phone.

How to Connect Oculus Quest 2 to PC

There are two ways to connect your Oculus Quest 2 to a PC, follow the steps below to do this:

This is the simplest way to connect your Oculus Quest 2 to a PC, but it means you will be restrained to your computer and won’t be able to move around as freely as possible. For this, you will need a USB-C cable.

In case your PC has a USB-C port, you can use a USB-C to USB-C cable; or else, you might need a USB-C to USB-A cable. Meta sells a 16-foot Oculus Link cable for $79, but before any USB-C cable should work; you will want a pretty long one, though. You can locate one on Amazon for around $20. Follow the steps below to connect your Oculus Quest 2 to a PC via the link:

Now, you should be connected. From here, you can mirror your PC’s display onto the Oculus Quest 2, which will allow you to play any VR-compatible games, like Microsoft Flight Simulator, Half-Life: Alyx, and Star Wars: Squadrons.

In this mode, you can as well control your PC via the headset and its controllers; you can launch apps, open windows, and do anything you could do with your PC’s keyboard and mouse, although typing is a bit difficult. 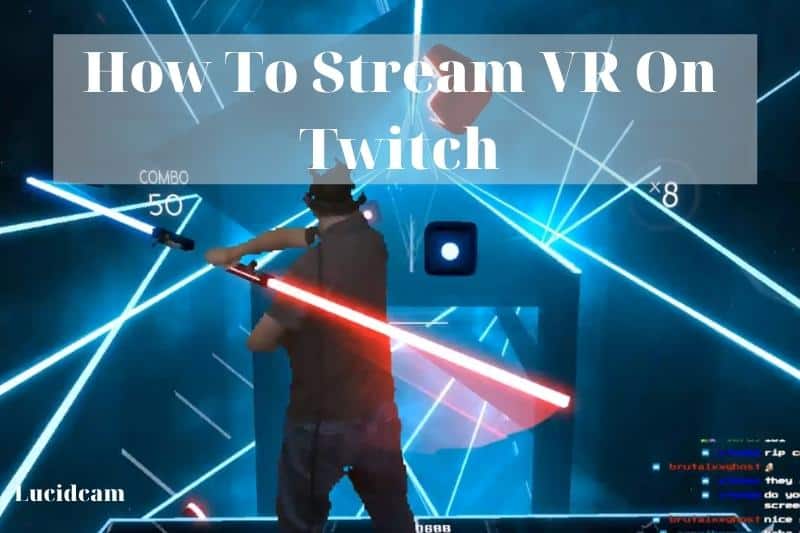 How to Stream VR on Twitch

Here, only one method will be described so that your work gets simpler. This is also the easiest way to learn how to stream Oculus Quest to Twitch! Follow the steps below to stream VR on Twitch:

Streaming is a recent method of sharing gameplay where one person streams their gameplay on the internet.

Watching a stream of someone else playing a video game may not sound like fun to some people; it’s quite popular. Some of the most popular streamers have millions of people subscribed to their channels. They regularly have tens or even hundreds of thousands of views of their streams. Most famous streamers are either one of the best in their chosen games or have a strong and engaging personality that keeps viewers coming back for more.

In case you are new to streaming and you will love to show off some cool VR gameplay to your friends, one of the things to do is stream to Facebook. You can do so easily straight from your Oculus Quest 2 VR headset.

I hope this article has been able to perfectly show you the way to stream Oculus Quest to Twitch without any issue. Feel free to drop your comments in the section below. Thanks for reading thus far! Gracias.