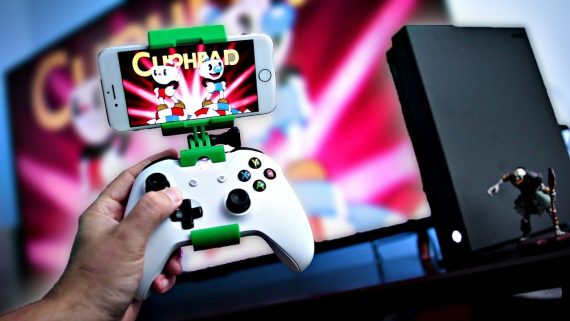 How to Play Xbox on iPhone has been explained in this article, and all you need to do read to the end, and follow the picture examples.

With the new Xbox app for iOS and iPadOS devices, you can now stream games directly from your console over the same network. This has been a very popular feature since Microsoft announced the release of games in 2018. After extensive beta tests and negotiations with Apple, the company has finally succeeded in releasing the app for all iOS devices.

This new Xbox app shouldn’t be confused with Microsoft’s xCloud streaming service, which uses dedicated servers instead of your local Xbox console to stream games. xCloud is still in production, and if the reports are to be believed, Apple’s restrictions are forcing Microsoft to release dedicated apps for every game to be presented on xCloud. This becomes a chore not only for Microsoft but also for users who want to use xCloud on iOS and iPadOS devices.

Right now, you can take full advantage of the new Xbox app and stream your entire game library from the cloud to your entire home. Let’s see how you can do that.

How to Play Xbox on iPhone: What you need

How to Play Xbox on iPhone 2: Enable remote features on your Xbox

To Play Xbox on iPhone, Turn on your Xbox and press the Xbox button when you are on the home screen.

Now use the side buttons to access the Profile tab. 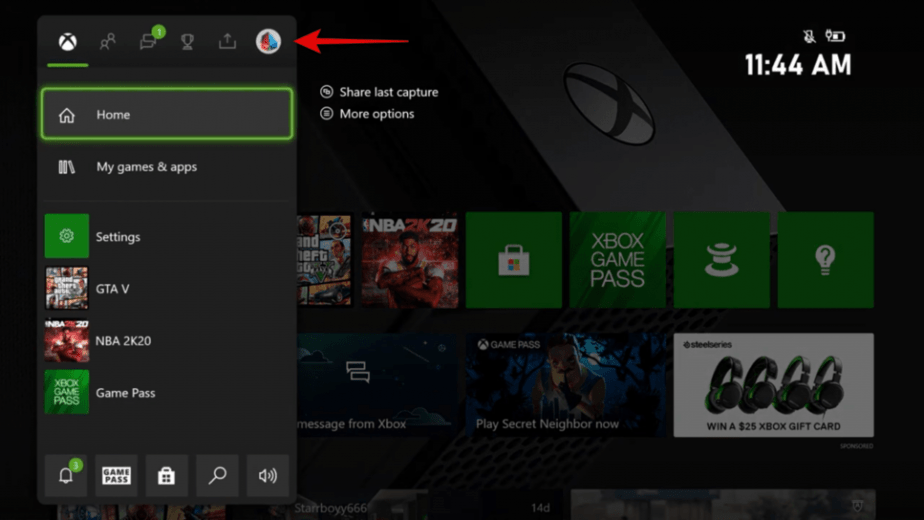 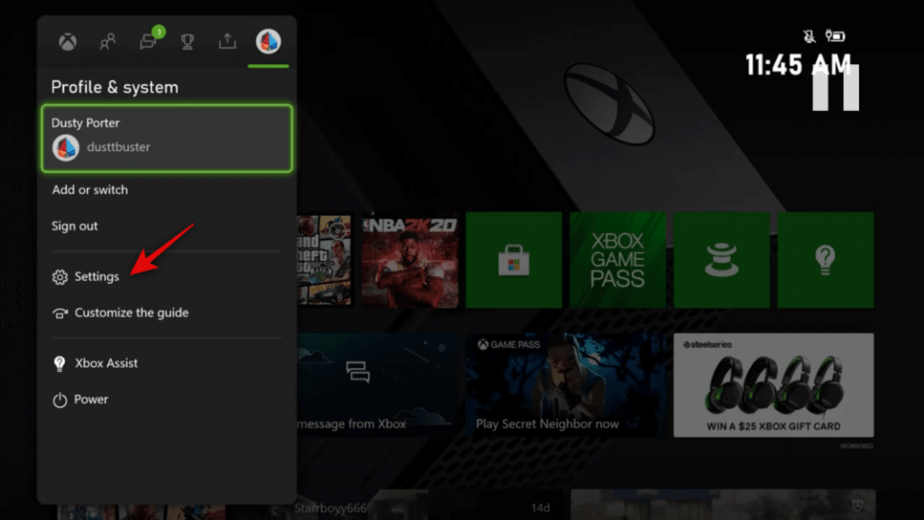 Now scroll down and select “Devices and Connections”. 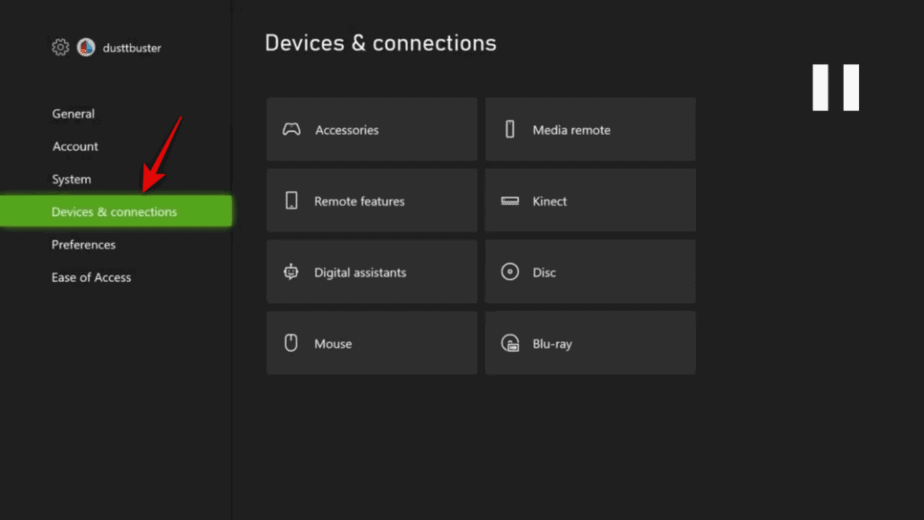 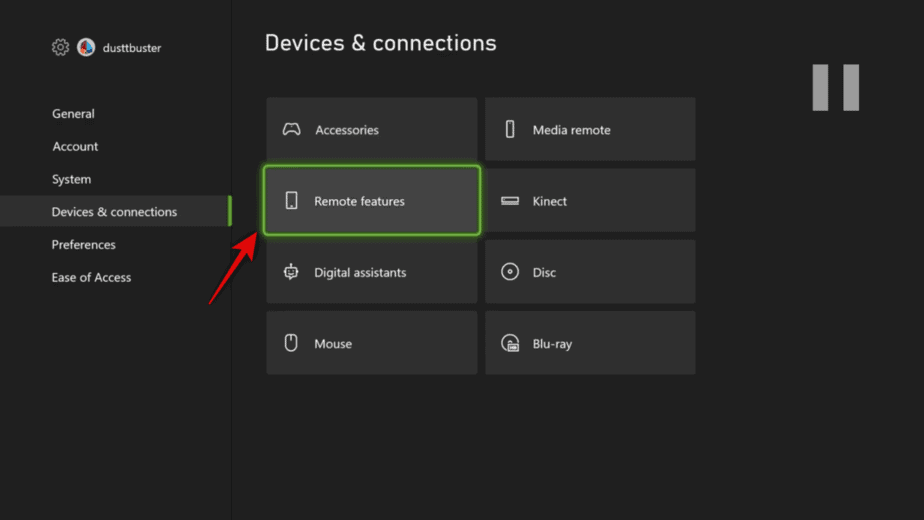 Now activate the “Activate remote functions” check box at the bottom of the screen. 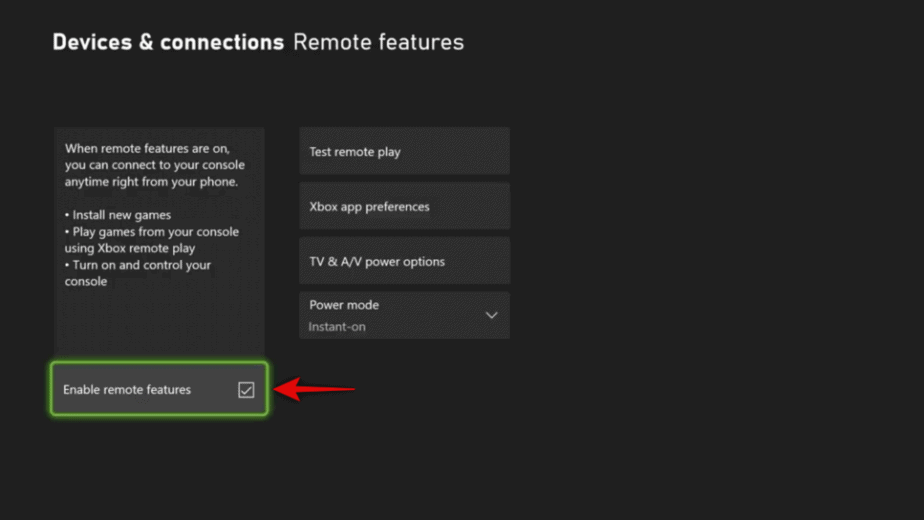 Select “tap on the Remote Play”. 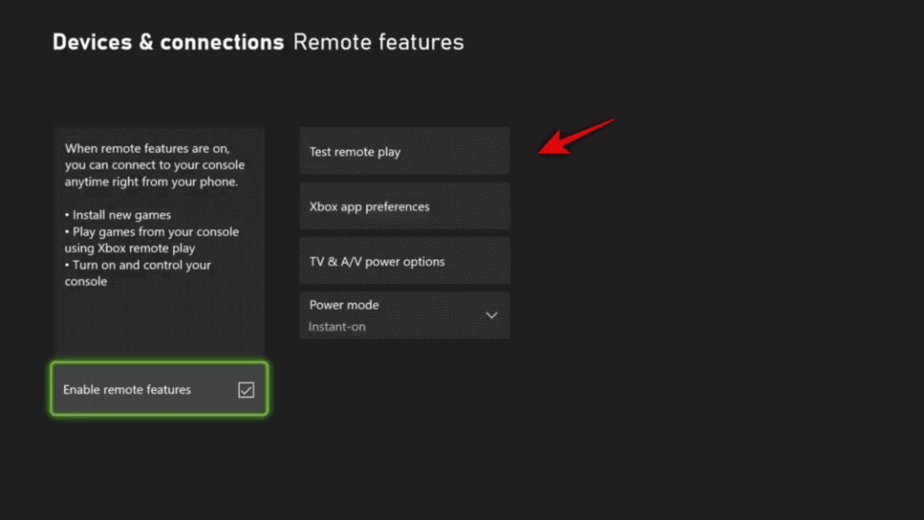 Xbox will now test your network and show you a report when the test is complete. This will help you determine if your Xbox is ready for remote playback.

If you have problems testing, or if you are using a 2.4GHz network, we recommend making the necessary changes before moving to the next guide. 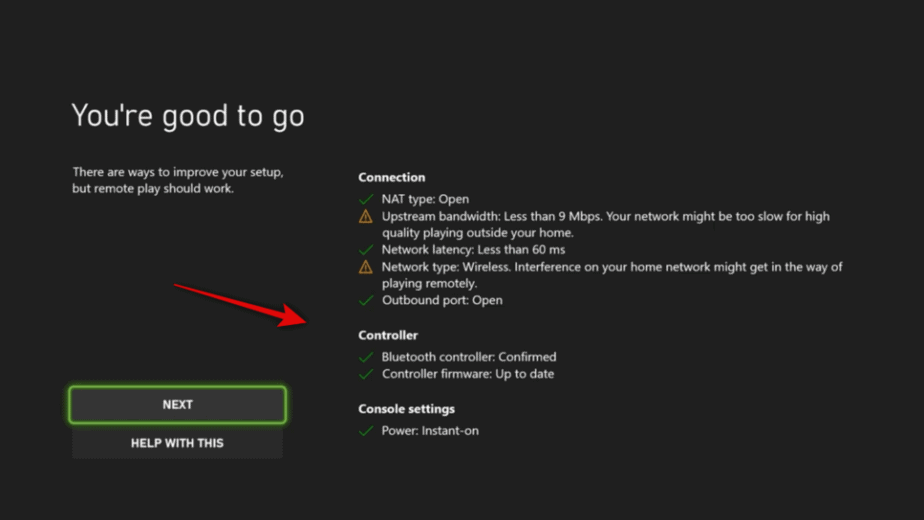 When your Xbox is tested and ready to be used remotely, simply follow the instructions below to set up your device.

3. How to play Xbox on your iOS device

To properly understand how to Play Xbox on iPhone; First, download the new Xbox app from the link above and install it on your iOS or iPadOS device. 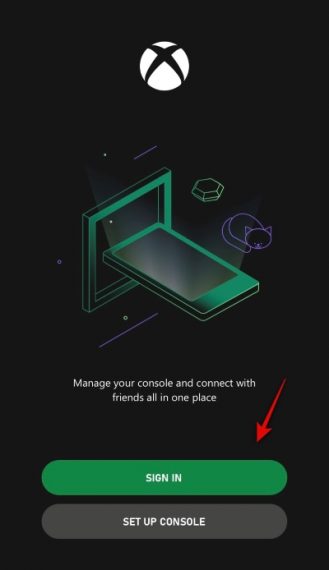 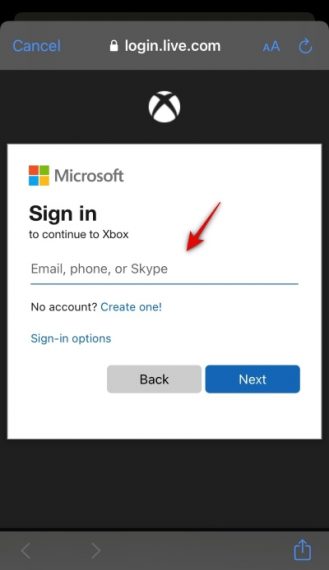 Once you’re signed in, you’ll be returned to the home screen. Now tap on “Configure Console” at the bottom of the screen. 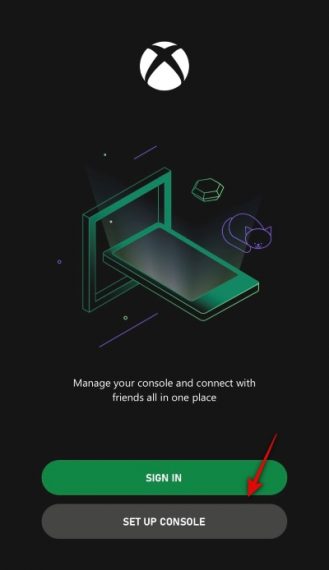 Make sure the device is on the same network as your Xbox (not required, but recommended for a simple pairing process the first time). As soon as you click on “Configure Console” you should see a 6 or 12 digit code on your TV. 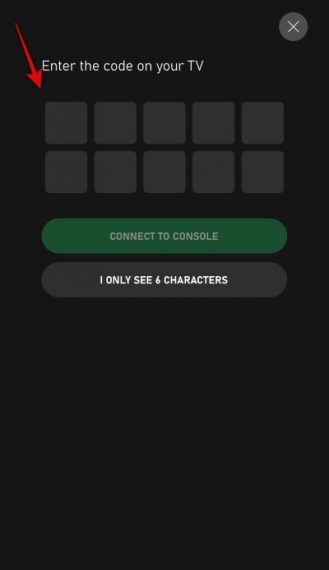 Note: If your console does not turn on and does not display the code automatically, turn it on manually and repeat the steps. You should be able to get a code by manually turning on your console. If your Xbox can connect to your cloud account, this step can be skipped for you.

Once you’ve entered the code, your Xbox will connect to the Xbox app on your iOS device and you will be taken to the home screen, which will show you all of your game library that is currently stored on your console. On the home screen, tap the My Library icon as shown below.

Your console should appear here under the Consoles tab. It also shows your console’s storage space along with its current status. If your console is not listed in this section, you can repeat the pairing process by clicking Configure Console again. If everything is set up correctly, you need to verify that remote play has been enabled for your Xbox, and then restart your console.

On the My Library tab, in the Consoles section, tap your console. 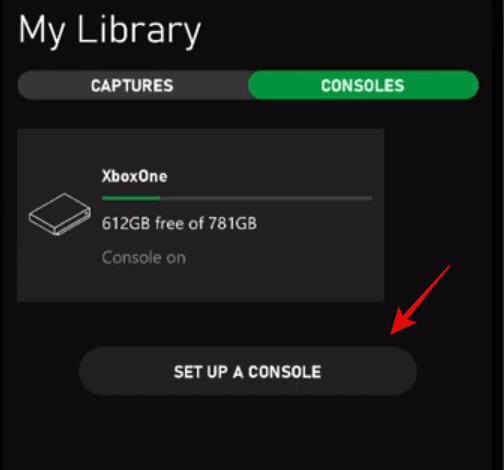 This will open a submenu at the bottom of the screen. Tap “Remote Play on This Device”. 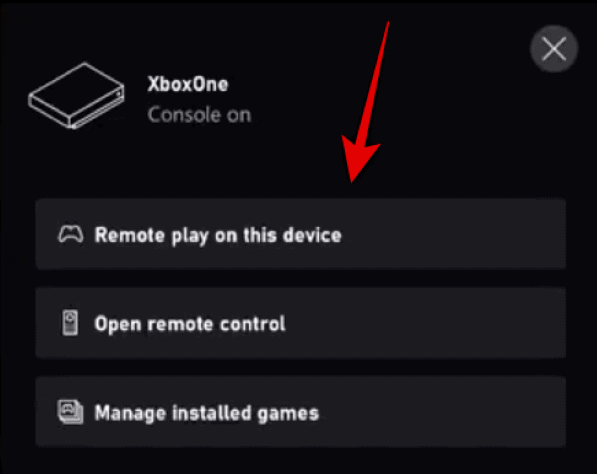 The device now switches to landscape mode and shows a spaceship animation. This means the connection process.

A pop-up window will appear saying “Xbox wants to find and connect to devices on your local network.” Press “OK” to go to the next step.

If you’ve ever hooked up a controller, you’re good to go. However, if you haven’t connected the controller to your iOS device, the Xbox app will prompt you to do so.

You can read this comprehensive guide from us to easily pair your controller with an iOS or iPadOS device.

And that’s it! You should now see the start screen of your console unchanged. If your console was off, it should automatically turn on and show you the home screen. You can then use your controller to navigate to the home screen and start any game you want to play on your iOS or iPadOS device.

Can I remote play Xbox on iPhone only on WiFi?

No, Microsoft has made it clear that you do not have to be on the same network to use the remote play function. You can access your Xbox directly from the app, and you can even stream games over a cellular network. Your cellular network needs to be at least 4G, and this consumes a lot of data.

So if you have a measurement data plan, you need to use this feature wisely. Also, the app informs you whether the current cellular network is not suitable for streaming games.

Can’t I pair my Xbox controller with my iPhone or iPad?

If you cannot pair your controller, older firmware is likely in use. It may come as a surprise to many, but Microsoft is releasing firmware updates for its Xbox controllers to fix bugs and improve performance.

Support for iOS devices was added much later and requires a firmware update. Also, the controller is not automatically updated to the latest firmware and needs to be updated manually from your console, so this feature will go unnoticed by most users. You can refer to this guide from us to easily update your Xbox controller firmware.

Once the firmware is updated to the latest version, you shouldn’t have a problem using it with your iOS or iPadOS device. If you’re still having issues during the pairing process, consider updating to the latest Apple-released iOS or iPadOS.

Apple introduced driver support in 2019 and only managed to get it to work properly after iOS 13.2 and higher. If you’re using an older version of iOS then this is likely the cause of all of your pairing problems. The easy way to fix this problem is to update to the latest version of iOS 14 that is available for your device. 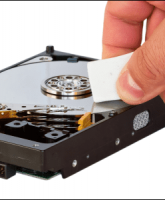 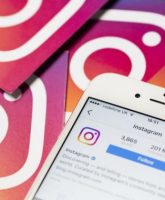 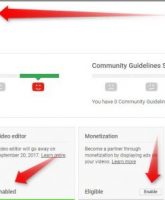 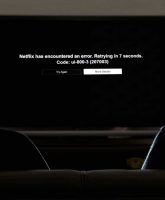 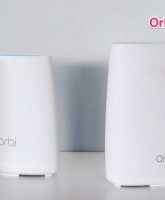