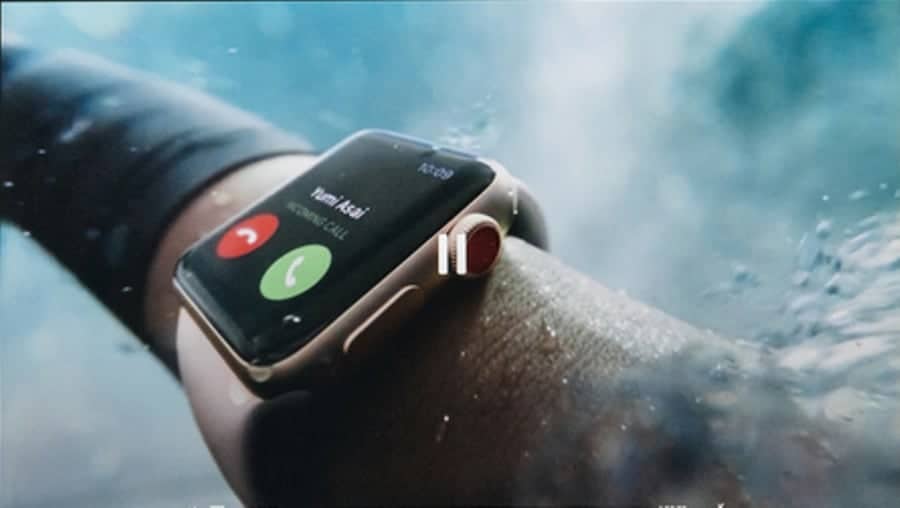 Notwithstanding, there are a few things you ought to know before taking your Apple watch into the shower.

In this article, I will be walking you through those things before finally weighing the option of taking your apple watch to the shower or rather leaving it out.

Recommended: Can you wear AirPods in the shower 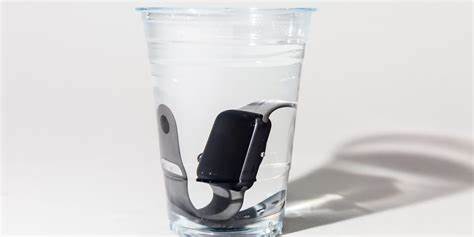 If you answered no to that, is it water resistant? Some might not be aware of this, but the apple watch series 3 comes with a water resistance limit of 50 meters. What this means is that it can be submerged in water for at most 50 meters and for a very short time.

That being said, let us break down the present ratings of other apple watches

Difference Between Water Resistance and Waterproof

Water resistance and waterproofing have very similar meanings. However, there is a clear difference between them when they are used as future tech gadgets.

A Water resistance device usually comes with ratings and these ratings depict what pressure of water it can withstand.

Additionally, water resistance devices can’t stay underwater for too long as they could deteriorate quickly.

However, a waterproof device simply means the device can be submerged in water for as long as you want. However, constant submersion could lead to deterioration over time.

The difference isn’t much between the two, However, manufacturers prefer to tag their devices as water-resistant to make people cautious while using them in wet conditions

Now that you are aware of all these let’s find out if you can shower with your apple watch series 3.

Can you Shower with Apple watch Series 3? 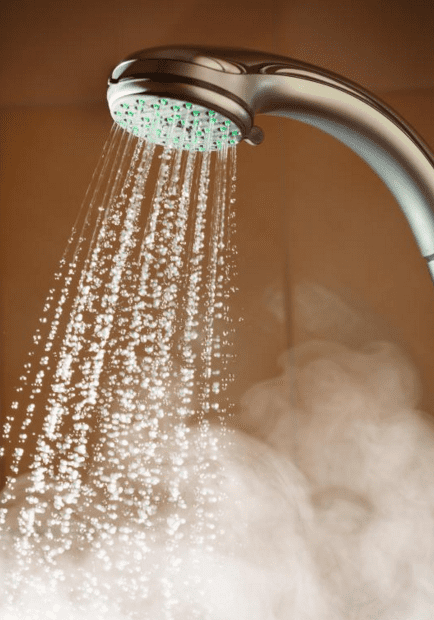 One thing you’ll notice about apple watches is that they come with different specifications which makes them different in capability.

Since it comes with this much water resistance limit, Submerging taking it for showers shouldn’t cause many issues. But it could definitely cause a serious issue if you are constantly using it in wet conditions.

However, it shouldn’t be much of an issue, the only thing that could happen is your apple watch getting very wet such that the speaker is sounding muffled.

In cases like that, here is what you need to do

Things to Avoid when using your Apple watch during a shower

While you are showering, ensure that the watch is not exposed to soap or soapy water

NB: In addition to all that, turn on the water lock before entering the shower or before swimming, you will hear a series of beeps that gets louder over time. The reason for this is, the beeps work hand in hand to push out water from the watch. This is a better alternative to shaking

How to Turn on Water Lock on Apple Watch Series 3

Before you go into the shower, or into a swimming pool you do not want the drops of water accidentally registering as taps on your apple watch so you should ensure that you turn on Water lock mode

Can I Shower with my Apple Watch 7

Apple Watch 7 comes with a 50-meter water resistivity. With this feature, you can comfortably shower with it. But then, it is not waterproof so you want to be cautious of wearing it in the shower for too long as it could deteriorate quickly.

Can I wear my Apple Watch to the Pool?

Wearing your apple watch in the pool means you would be constantly submerging it inside the pool. The water resistivity of the apple watch is not suited for a long submersion period. It is only tested that it can be submerged for a limit of 50 meters but not for too long

Apple watch series 3 is not waterproof, It is tagged as a water resistance product. And with that said, you should avoid using it in wet conditions too frequently.

But if you are looking to fugue out the answer to Can you shower with Apple watch series 3? you can

What to do if Apple Watch Series 3 Gets Wet

With the water resistance capability that the apple watch offers, it is very rare for your apple watch to get spout just by submerging it in water for a short period.

However, If your Apple Watch has been dropping on the ground ever since, the water resistivity might have dropped lesser than the specified ratings.

But if it doesn’t get wet. The first thing you should do in this scenario is to wipe it off with a nonabrasive, lint-free cloth. Don’t just run off to charge it or connect it to power.

Doing this would stop the possibility of getting a muffled sound due to water seeping into the watch. Before this skips my mind, you should not shake the water to remove the water inside it could spread to more delicate parts if you do this.

All you need to do is dry clean and dry it afterwards before charging it after a few hours, it should revert to normal, but if it doesn’t after 24 hours, you might need to contact apple support For repairs

By now you should have figured out the answer to can you shower with Apple watch series 3 and also the things you should do when it gets affected after getting wet.

While all these might seem like an assurance for you to go out there and use it underwater without issues, you should be mindful of the fact that the Apple Watch isn’t made directly for wet conditions, Water resistivity is an added feature.

If you keep using it under wet conditions to frequent your apple watch would deteriorate quickly.