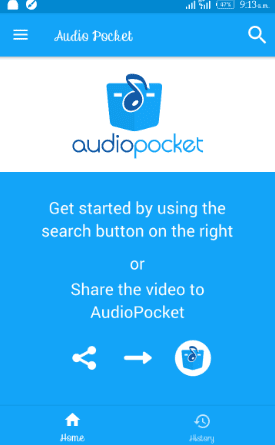 YouTube doesn’t give an option to users. It’s either you play YouTube video and watch the video playing or the video stopped the moment you open a new page on your Android phone.

However, this makes it very difficult to play YouTube video as MP3 on your Android phone. Let alone give a chance to turn YouTube video to MP3 officially.

However, the combination of Smartphone and apps have made life become so easy that you can do everything at the tip of your finger.

With the series of free and paid apps available in Google play store, you can play YouTube MP4 as a background music on Android, play YouTube video when your phone screen is locked and even turn YouTube video to MP3 without using MP4 to MP3 video converters.

YouTube is designed in such a way that you are allowed to watch videos and see a live event on the platform. The moment you close a YouTube video tab, the video will stop playing and will have to buffer again when you open the tab. However, you can take an audio from YouTube video using MP4 to MP3 converter.

A most standalone website can be used to convert YouTube video to MP3. But officially, YouTube has a music section on the platform if you would love to engage in the YouTube MP3 music platform for latest MP3 songs.

Some of this audio are while some paid. The free audio can be used as YouTube video background song instead of voice.

In addition to that, you can use an app like AudioPocket to listen to YouTube video as MP3 and leave YouTube video screen for another assignment while multi-tasking your device.

If you are familiar with tons of Android apps you would have heard about an AudioPocket app. AudioPocket app is an Android app to stream YouTube video in audio format and turn your video to MP3 as it plays on your phone background.

The beauty of an AudioPocket is the ability to quickly turn any YouTube video to MP3 and start playing it on your Android phone background without thinking whether the audio player would stop or not. And of course, the audio player will continue playing until the video has completed streaming. Also, if you enable the auto-play option in YouTube, the AudioPocket app will continue with the next set of videos available on the channel.

However, here I will share with you how to turn YouTube video to MP3 using the well known Android app called “AudioPocket” app.

1. Download and Install “AudioPocket” on your Android phone without quotes. For effectiveness clear your phone caches [settings–>Apps–>AudioPocket–>Storage–>Caches]. 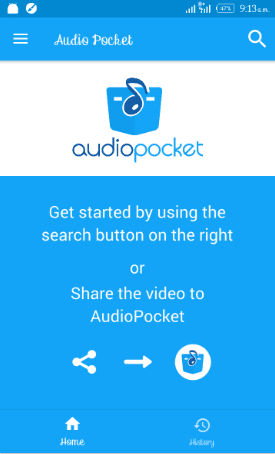 2. Open the AudioPocket app and search for the YouTube video you want to turn to MP3 from the search result and click it. 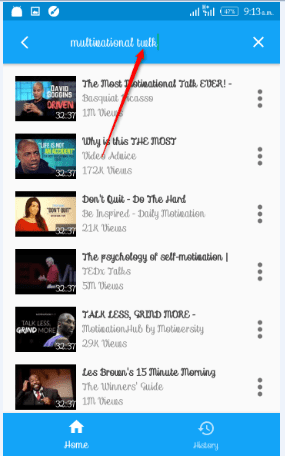 3. The video will be playing in the foreground of your Android phone as a video when the screen light is on and as MP3 when the background light is off. 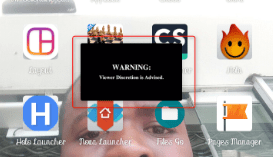 This app is a 2In1 Android app. When search for a video you want to stream using the AudioPocket app, it opens the video in a small video player using either the app built-in video player or video player from your phone. However, the video plays as MP4 as well as MP3 in your phone background.

Except with the help of MP4 to MP4 converter like VLC player you cannot literally turn YouTube video to MP3 but, YouTube video can be played as an audio on Android playground while the video is streaming.

This is virtually the best way I have seen on how to turn YouTube video to MP3 that plays in the Android background without using a converter.