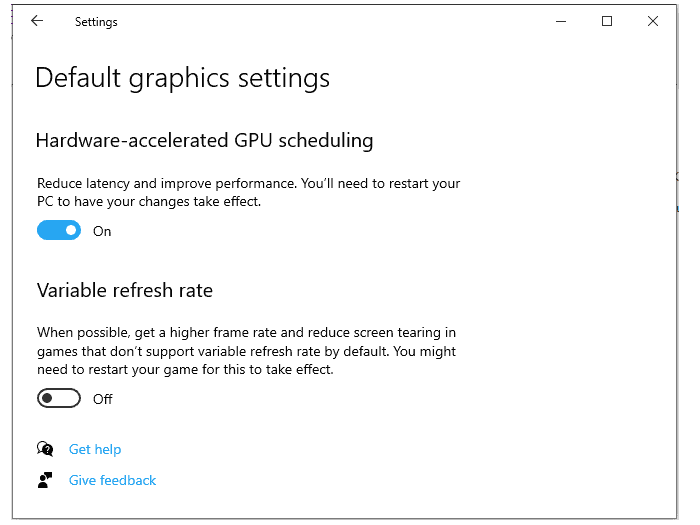 Discover what Hardware-Accelerated GPU Scheduling is all about and find the best way to enable on Windows 10 now with ease.

The Windows Update from May 2004 (version) brought more than usual this time. In addition to some visual improvements and bug fixes, it has also given your PC a new way to schedule tasks! Hardware-accelerated GPU scheduling is a small but necessary step towards better GPU optimization under Windows 10.

GPU Hardware Accelerated Scheduling is a new feature in Microsoft’s May 2020 update, Windows 10, version 2004, and is now supported by NVIDIA and AMD through driver updates. This feature should not be confused with DirectX 12 Ultimate, which was included in the same Windows update. Hardware-accelerated GPU scheduling is supported by NVIDIA Pascal and Turing cards and the AMD 5600 and 5700 card series. In today’s content, we’ll first see what exactly this feature does, and what it is supposed to mean, then we show some performance tests of how behavior affects change. 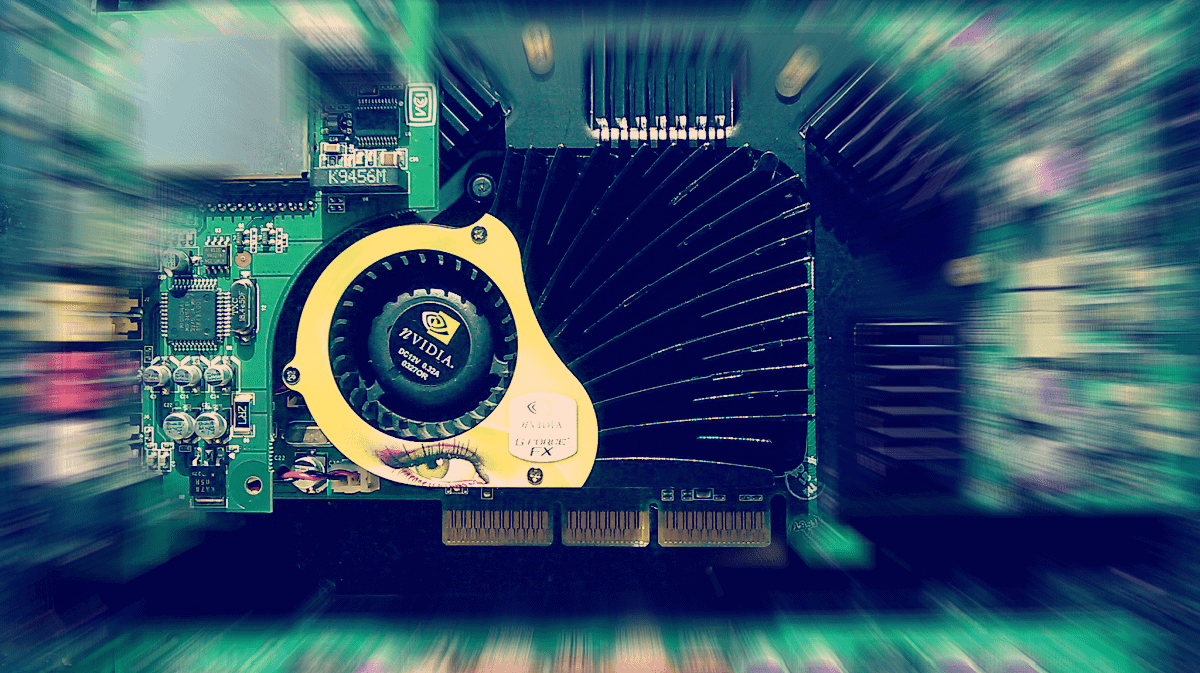 To enable hardware-accelerated GPU scheduling, Windows 10 2004, a supported GPU, and the latest GPU drivers are required (NVIDIA version 451.48, AMD version 20.5.1 Beta). As soon as these requirements are met, a switch titled “Hardware Accelerated GPU Scheduling” should appear in the Windows 10 “Graphics Settings” menu, deactivated by default. Activation of the function requires a restart. This switch is the only visible sign of the new feature.

Here’s everything you need to know about the new feature and how to enable it.

What is Hardware Accelerated GPU Scheduling?

While there was nothing wrong with the old (WDDM) method of GPU scheduling, graphics cards were not separated from the operating system. Hardware-accelerated GPU scheduling is a fundamental change in graphics scheduling that contributes to higher latency and better multitasking.

The idea is to create a dedicated GPU-based scheduling processor that would allow Windows to outsource most of its graphics processing without offering a valuable CPU. To do this, decouple the operating system from the use of the VRAM graphics card. This allows the GPU to manage its VRAM instead of relying on the CPU.

This simple change should reduce latency and load on the GPU, which invariably allows for better multitasking and overall performance, especially when the video memory is overloaded.

What are the requirements for hardware-accelerated GPU scheduling?

Microsoft describes the release of the new update as “rebuilding the foundation of a house while it lives in it”. This is because direct changes to the GPU can harm your operating system. Also, Windows has no say in the processors compatible with its computers.

Currently, the update only applies to computers with Nvidia GeForce graphics drivers that have recently added the Windows 10 GPU scheduling feature. Below is a list of the prerequisites you need to enable GPU Accelerated Scheduling. Hardware on your device.

Note: You can only use Nvidia drivers if the appropriate graphics card is installed on your device. To check your graphics card, click on the start menu and type “dxdiag”. In the new window, select “View” in the upper area. Here you can see the name of the installed graphics driver. 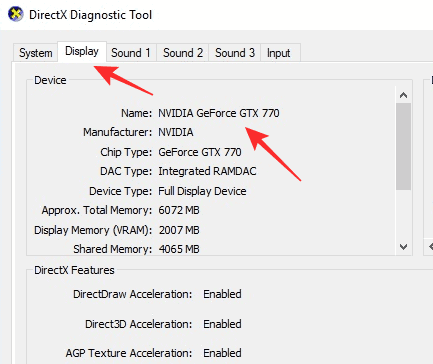 As soon as you have installed the correct drivers and Windows updates, you can activate it directly in your device’s settings. The new setup has been set to “Opt-In”, so it is not enabled by default. Windows is still in the early stages of its latest GPU transformation. 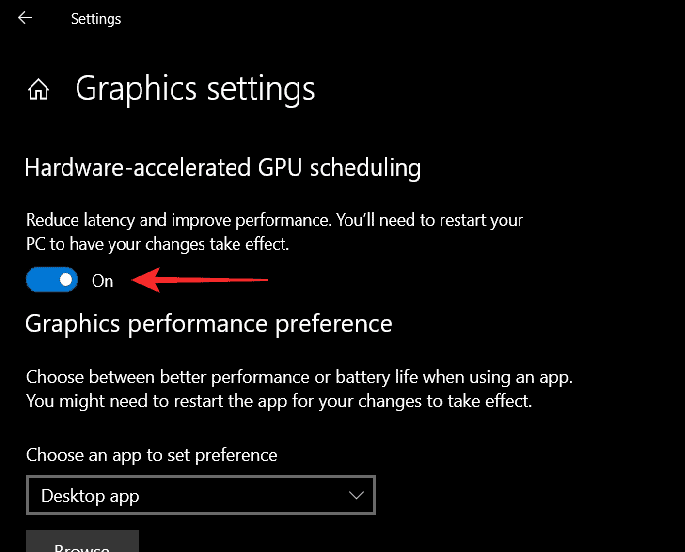 In the new window, you can activate the hardware-accelerated GPU scheduling.

Will I see a difference if I activate it?

While the feature improves the background work for the operating system, you won’t notice any significant visual changes. Although there are tons of YouTube videos that clearly show the difference in latency when hardware-accelerated GPU scheduling is turned on and off, you probably won’t notice any change.

Why is the hardware-accelerated GPU scheduling setting not available?

Currently, only Nvidia GeForce processors support the new Windows 10 GPU scheduling feature. If your computer has an Nvidia processor, use the Nvidia GeForce app to make sure you have the latest drivers.

Also, make sure to install the Windows 10 update. Once downloaded, you will need to manually install the update.

While you may not notice any significant changes in your operating system, the new way of scheduling the GPU will make a big difference as games and apps get heavier graphics. A dedicated graphics scheduler is vital to ensure fewer latency delays and a smoother experience.

There’s no word on AMD support yet, but an AMD employee has told Reddit fans to “be patient”.

If you are sure that Windows and your NVIDIA drivers are up to date, you can enable the feature in Windows 10 settings. Open the System section, scroll to the Display tab and click on “Graphics Settings” at the bottom. After activating the settings, restart your PC.

We tested the feature on both Oculus and SteamVR and found that it doesn’t reduce latency in VR depending on the debugging tools on each platform. This suggests that the VR latency bottleneck is elsewhere.

However, the frame rate seems to improve in games where performance is often an issue. We, therefore, recommend trying this feature.