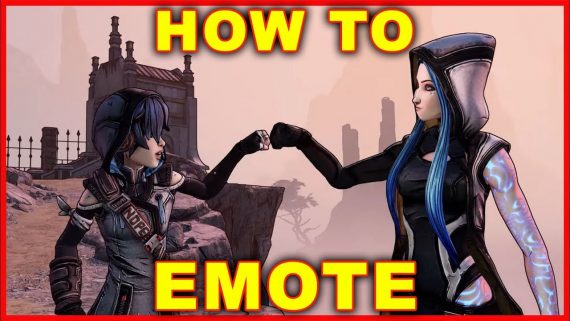 You can easily emote on PC, Xbox, and PC when playing the Borderlands 3 game with the information in this article.

If the original Borderlands was responsible for the Herculean rise of the looter shooter genre, Borderlands 3 is undoubtedly the third instalment in this popular game series. It is a worthy successor who proudly carries on the legacy. Borderlands 3, the latest in the series released last year, returns with the best of its predecessors and a few.

As one of the four rookie vault hunters of the Crimson Raiders, you can team up with your fellow players to pillage and fight your way through the game’s chaotic adventure.

Of course, when you are playing with your friends, there will be times that require your reaction. This is where the emoting sets in.

Wondering how to emote in Borderlands 3? When you play the Gearbox co-op looter, you want to express yourself with your friends. If your partner has just scored a headshot, you’ll want to clap.

A member of your team could end up in an embarrassing and highly preventable death, so you look for the emote of applause again, but this time with sarcasm. Unless you’re only playing FL4K, but you can still emote your pet buddies if you want. 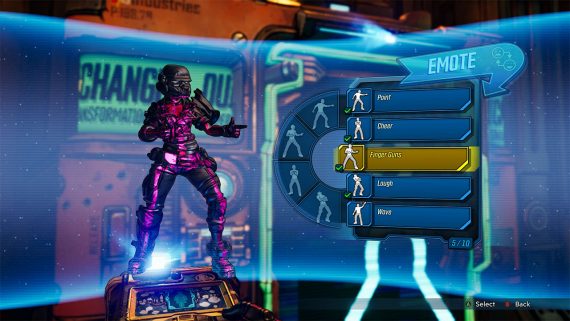 However, it is unclear how to emote in Borderlands 3. It’s easier on PC, but we don’t want our console friends to have trouble expressing themselves. To keep you from standing still if you really want to party, empathize, or make fun of your coworkers, I’ll show you how to do it.

As virtual interactions have set great precedents in recent years, a character’s ability to emote is considered almost essential, especially in multiplayer games where players use characters to express themselves. 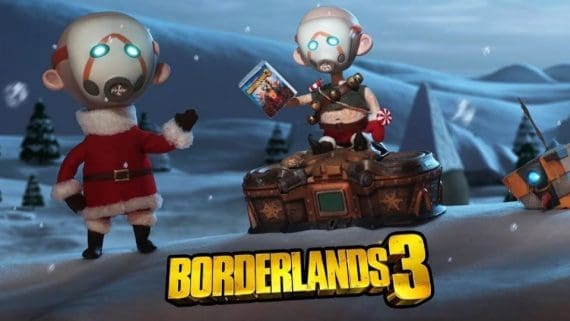 The most common communication methods are those you are likely to be familiar with, such as audio chat or text messaging. This is one of the most obvious and easy ways to convey what you want in the game. However, these methods don’t use the character itself, but rather additional resources such as a dialog box.

Thanks to emotes, it is the character you play that communicates, and in Borderlands 3, players love to do so. There will be scenarios where you want your character to trigger a reaction like laughing, teasing, and, most importantly, dancing, especially when you interact with your friends in their character avatars.

What Emotes are there in Borderlands 3?

Well, there are a few emotes available in Borderlands 3, and even if you start at 10, you might be able to unlock a lot more as you level up. These range from basics like sitting down, using a clever, sarcastic voice line, saying hello, blowing a kiss, farting, crying, flirting, singing, dancing, flirting, and sleeping to more spiritual ones like hearts, robot dance. , Chicken dance, finger dance, funny moves, death, etc.

You already have access to the most basic emotes, but you’ll need to unlock the funniest emotes in the game.

How to Unlock new Emotes on Borderlands 3 Game.

Although you might come across new emotes by chance around the world, going to Sanctuary III (your ship) and visiting Crazy Earl, the cargo hold black market vendor, will be more reliable to get new emotes, offering cosmetics and unique exchanges. Loot-O-Grams for random loot. Please note that you must have Eridium on hand for payment; otherwise, you will not be able to purchase the emotes.

How to Equip new Emotes

After purchasing new emotes, you will need to equip them to use them. To do this, you need to find a quick change machine. Once there, you can select the emote menu and swap out one of your existing emote for a new one. Right now, you can only equip four emotes at a time.

Borderlands 3 is currently available for Xbox, PS4, and PC. Here’s how to enable the emote feature for each of them.

How to Emote in Borderlands 3 on Xbox One and PS4

To use an emote, press and hold the Menu button on Xbox One or the Options button on PS4 until you see a menu of your currently available emotes and a few other options. Just press the menu/options button to bring up the pause menu. So keep it pressed, otherwise the emote function will not work. 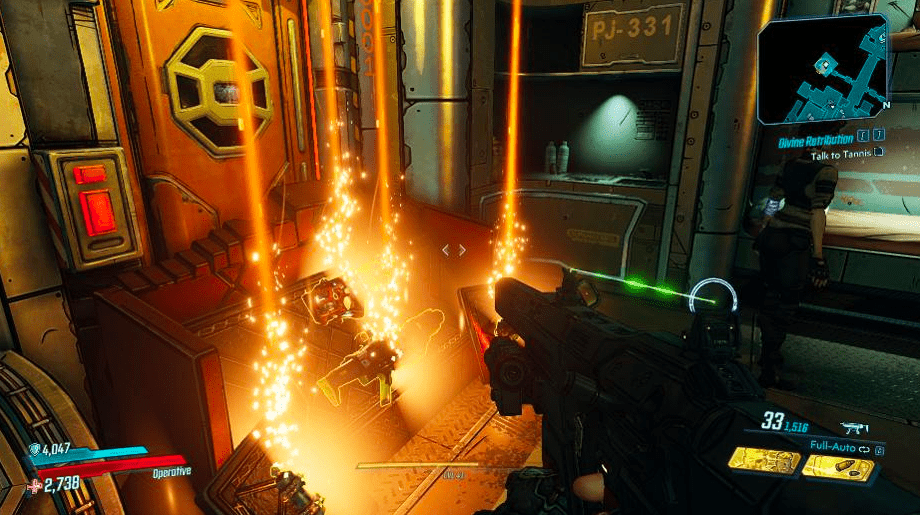 The four icons displayed on the wheel are available emotes that you can choose from. Use the left analog stick to switch to the one you want and press A. This indicates that the emote is being performed from a perspective of a third person to the left before returning to the first-person camera after doing it.

How to Emote in Borderlands 3 on PC

When playing Borderlands 3 on your PC, all you have to do is press the up, left, down and right arrow keys on the keyboard. This will activate the emotes you’ve associated with those keys so your character can do their job. 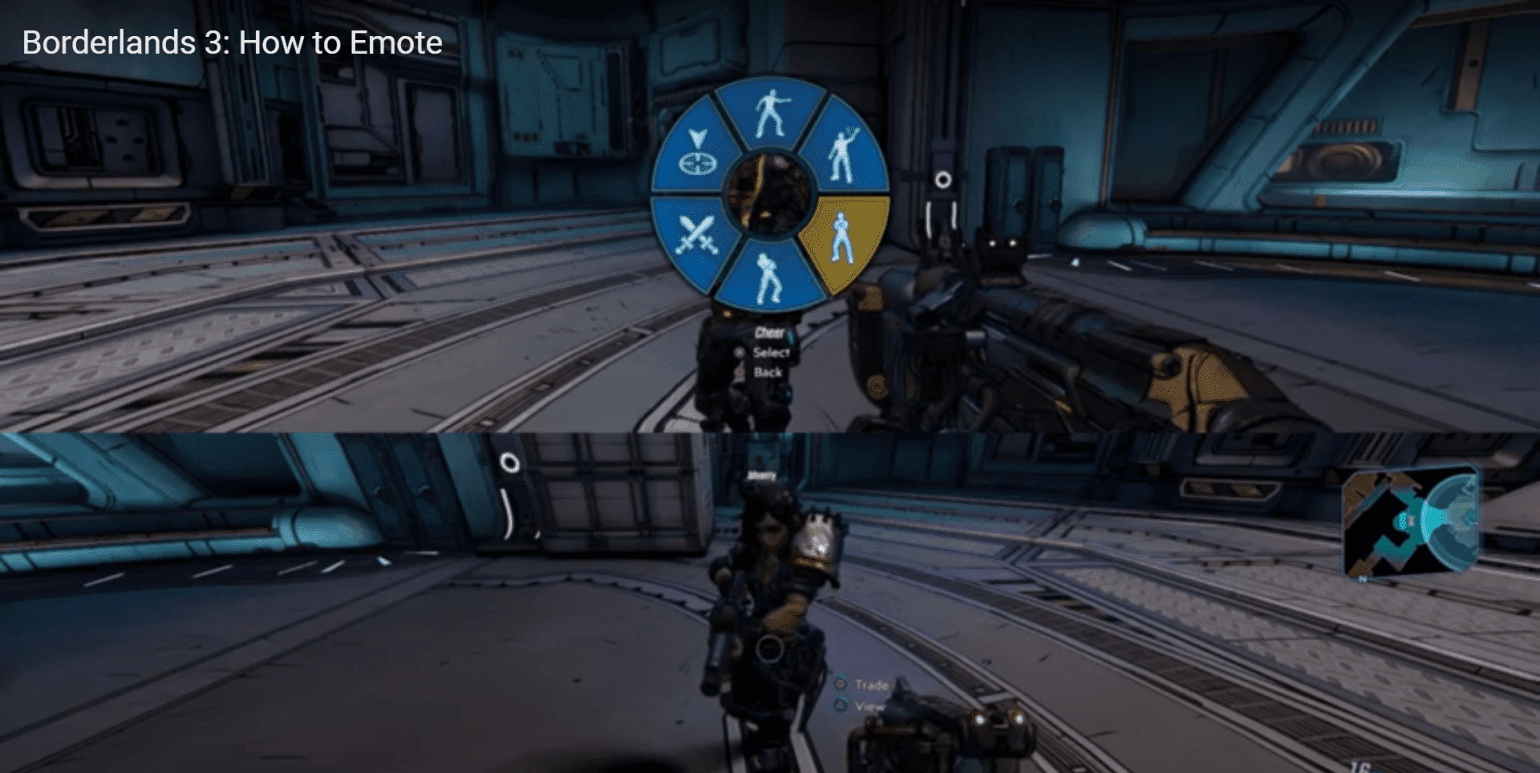 We are sure you can’t wait to explore the emote feature at your next multiplayer meetup fully. Crazy about this cool feature and take character interactions to the next level. Take care, and stay safe!

Press the Z button on the PC to emote. From there, you can choose the emote you want. When playing on the console, you’ll need to hold down the pause button on your pad. Just pressing this button instead of holding it down will bring up the pause menu. If you want to show off your new legendary weapon in a hurtful way, you can duel with other players.

However, only four Borderlands 3 emotes can be equipped at a time. If you feel like freshening them up a bit, you can swap them out on a quick change machine, like the one instantly found in the tutorial with Claptrap. The one you’ll come across the most is on your Sanctuary III base ship in front of the Lost Loot Machine.