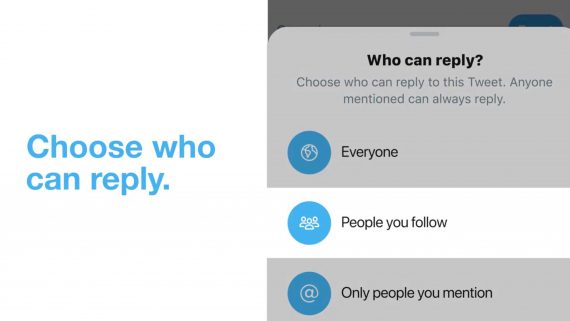 Limit your replies on your Tweets with the guide this article provides and avoid unwanted intrusion.

Twitter is one of the most popular social media platforms today, thanks to its conversational style and fact-checking history. The strict policies enforced by Twitter have also turned the platform into a hub for breaking news. A few months ago, Twitter announced that it would introduce a new feature that will allow you to limit who can post replies to your tweets.

And now, Twitter has released a new feature that has been in testing for so long and is finally here. This function helps the user limit the tweet’s responses and put some restrictions so that the tweet is not bombarded with the opinions of internet users. This Twitter reply limit feature is useful if you want to limit replies to your tweet.

This feature is just a small update to the user interface and is relatively straightforward to use. You have three options to choose from. You can let the people you follow respond to your tweet. You can also allow people to whom you only mentioned the tweet to reply to the tweet. Or you can turn off replying to your tweets entirely so that no one can reply to your tweets.

This feature has been made available to all users, and here we have a short guide to show you how you can use this feature.

Reply Limit is a new feature that lets you control who can reply to your tweets. This way, you can keep confidential information unbiased and better understand your colleagues in the comments section.

Although Twitter has heavy users, there are also a lot of trolls. You will also find spam and bot accounts that will post comments on

your message and evacuate the traffic. You can use the response limit to filter these users.

How to Limit Replies on Tweets On PC

Limiting responses to your tweets on Twitter is a fairly straightforward process. Follow one of the guides below, depending on the device you’re using, and you should be good to go. 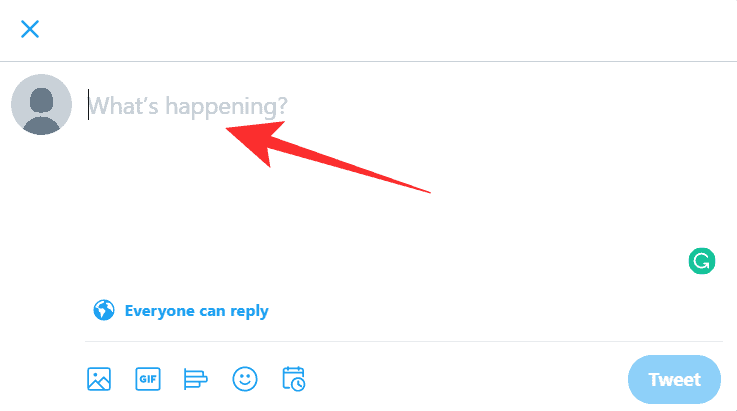 Once added, click on the new icon in the lower-left corner titled “Anyone Can Reply.” 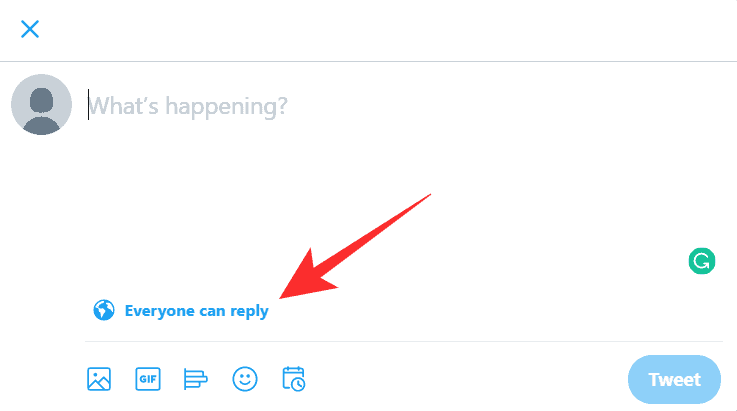 You can now limit the number of people who can reply to the tweet you post. Select one of the options below that best suits your needs.

You can choose between these three options:

See below what happens in each of the options. 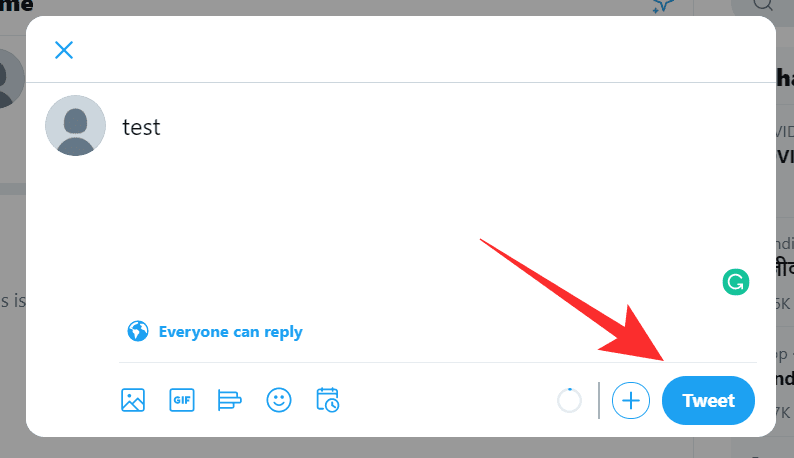 How to Limit Replies on Tweets On Android and iPhone

When finished, tap “Anyone can respond” in the lower-left corner of the screen.

Now tap on one of the following options that best suits your needs.

You can choose between these three options:

See below what happens in each of the options.

What happens when you select “All or Everyone” in reply to the Twitter option? 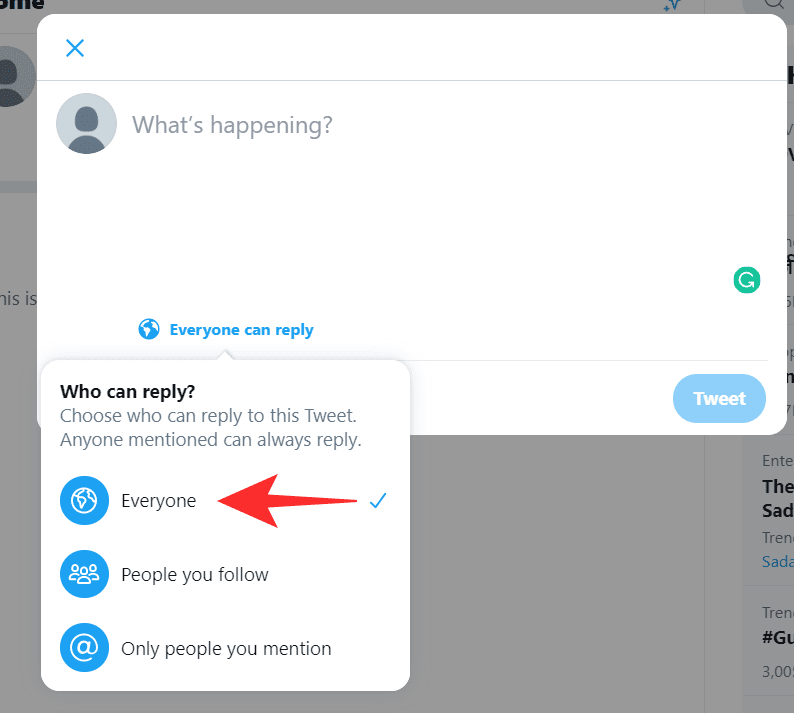 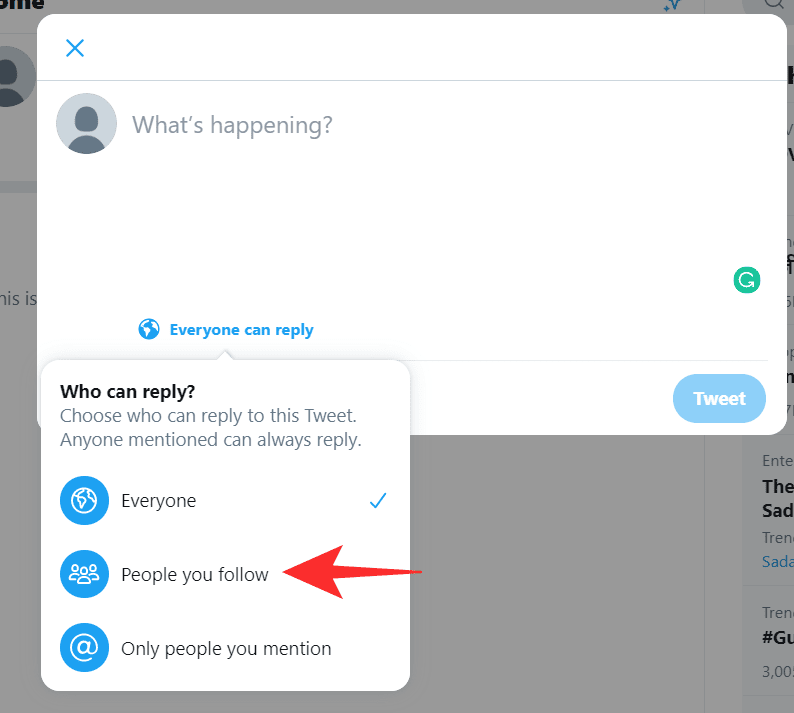 What happens when you select “Only people you mention” in Reply to the Twitter option? 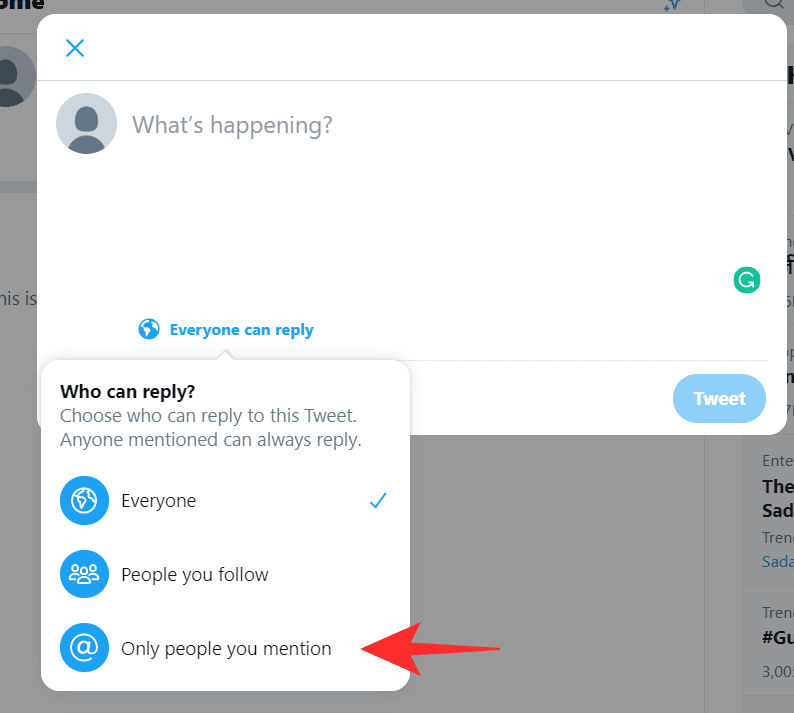 Note: If no one is mentioned in the tweet and select this option, no one on Twitter will be able to reply to your tweets.

What happens when you limit responses to your tweets?

1. The response action will be grayed out.

When you prevent people from replying to your tweets, the reply icon will appear grayed out for them. They won’t be able to click on it and send you responses. An easy way to use this feature to turn off replying completely is to choose the “only people you mention” option and not to mention anyone.

This feature only blocks responses from people you selected. It won’t stop them from viewing your tweets, retweeting, sharing, and liking your tweets. This is great for avoiding unwanted conversations without completely getting rid of your subscribers.

Some argue that this feature is the antithesis of Twitter’s ethics, its long-standing status as a wildfire hose. This might have been true when the website started, but today’s Twitter is a very different place. The platform has a huge problem with abuse and inconsistent moderation standards, and I think this new option is a smart move on your part and could help curb some of those issues.

Twitter is not the haven of informed debate and free speech that some believe it is; it is just a social media site used by people from all walks of life. Sometimes people want to share their thoughts without worrying about trolls and unsolicited “well, actually…” responses get in the way of their mentions. For many users, the mute, block, and now limit response functions are the only things that make Twitter interesting.