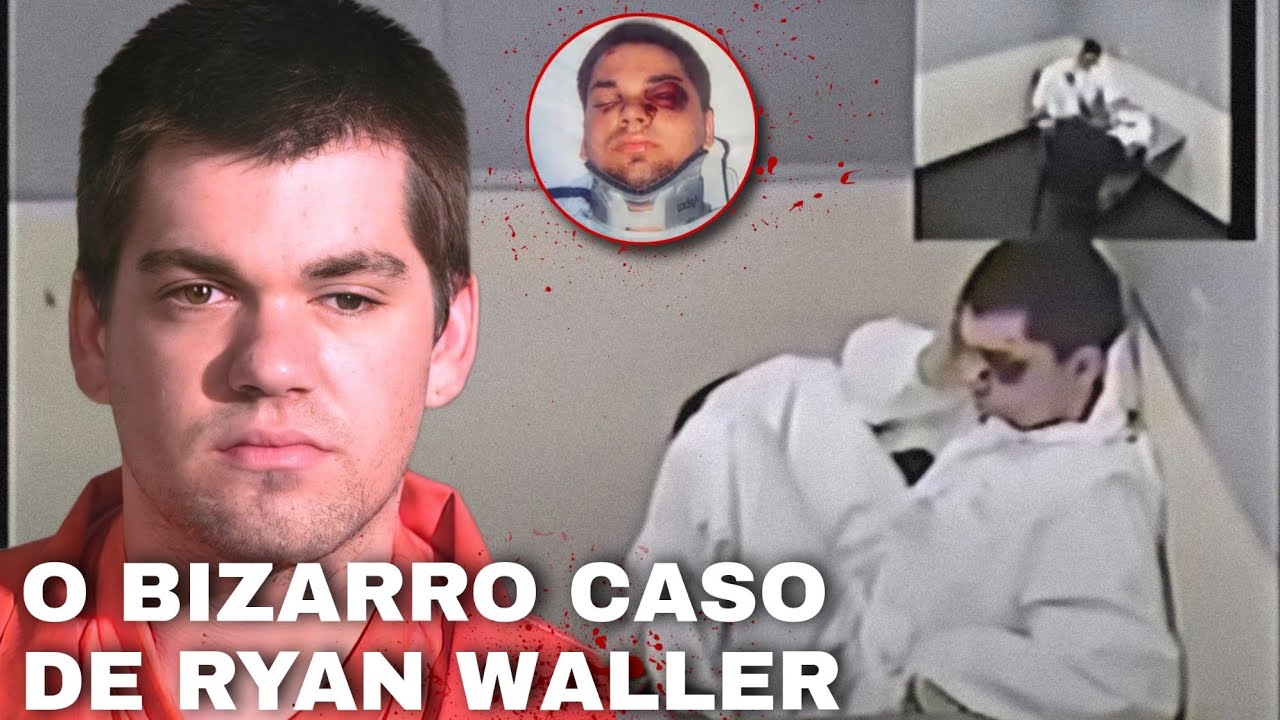 Ryan Waller’s case has to be one of the most controversial stories to date because it became a matter of National interest. Nobody reads Ryan and his girlfriend’s story without getting a chill down their spine. It’s such a sad story! Ryan displayed such a strong prowess, for someone to have a bullet stuck in his skull for 6 hours, that’s dreadful! Scroll down to unravel the complete story of Ryan Waller and his girlfriend who was murdered in cold blood.

It was an unfortunate incident that changed the course of Ryan T. Waller’s entire life and made his story gather global attention. On that fateful day, December 23, 2006, Ryan and his girlfriend Heather Quan were having a peaceful night at their apartment when they heard a knock on the door. Waller went to answer the door and a gun was pointed at him. In the process of trying to prevent the intruder from entering his apartment, Waller tried to close the door but he got shot in the face.

Thinking he was dead, the intruders proceeded into the apartment and shot his girlfriend in the head, she died instantly. She was just 21 years old at the time of the incident. Before the intruders left, they shot Ryan again in the head as they carted away with several weapons and a computer.

2 days after the incident which was on a Christmas day, Ryan’s father didn’t see his son attend the family dinner. He was worried and had to pull a call through to the police. When the police got to Ryan’s apartment they were surprised to see him alive and conscious but he had a severe black eye that was swollen shut which looked like he had taken a couple of punches. However, they failed to notice the excruciating pain he was going through and they began interrogating him instead of giving him urgent medical attention.

They took him outside of the apartment to sit in the back seat of the Police truck while checking through the crime scene for anything that could lead them to the perpetrators. Eventually, they took him to the station for a thorough interrogation. They allegedly took 43 pictures of his injuries before they started questioning him.

The police officers didn’t accept Ryan’s story as they claimed someone couldn’t have survived being shot in the eye. However, they later believed him but the gunshot was already affecting his brain and he started speaking incoherently. In the process of questioning him, he mentioned the name, Richie Carver who was an old roommate of his. Waller told police that it was Carver who shot them, Richie was accompanied by his father Larry Lloyd Carver to carry out the evil act that night.

For more information and revelation about Ryan Waller’s story, scroll down to the end. Who is Ryan Waller?

Ryan Waller became popular after his sudden ordeal with intruders who invaded his residence forcefully on the 23rd of December, 2006. He was a victim of robbery and shootings related to it. Ryan Waller was born on the 12th of February 1988 in Knoxville, Tennessee. His nationality was American and he had a mixed ethnicity.

His educational background and family details are unknown. Ryan became popular after the dreadful event that happened in his apartment on the 23rd of December 2006, just 2 days before Christmas.

Ryan Waller was born on the 12th of February 1978. He was 18 years old at the time of the incident. He would have been 34 years old this year if he were to be alive. 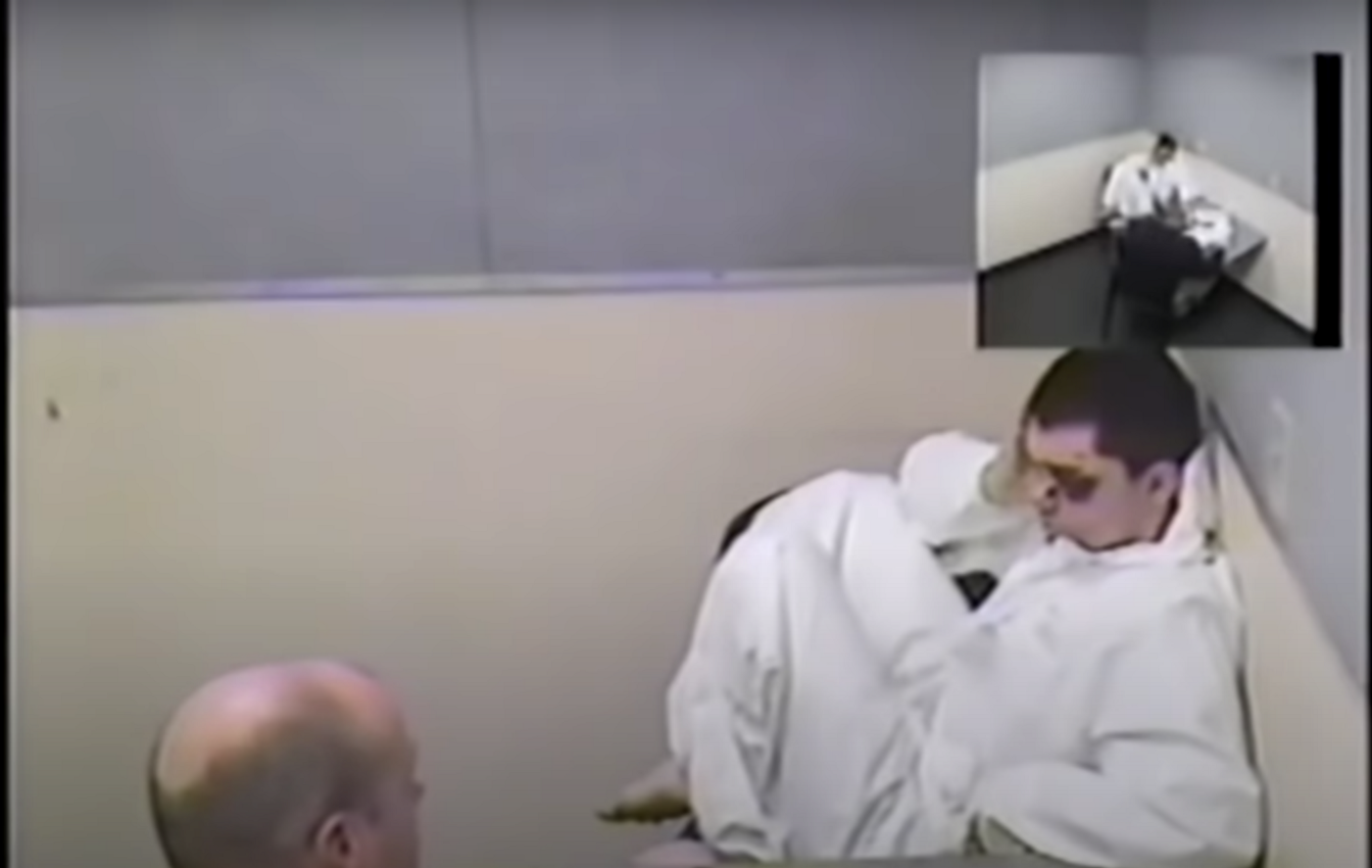 Ryan Waller’s body measurement details are all unknown at the time of his demise. Although, from his pictures, he had a huge body mass and height complementary to his body weight.

Ryan’s weight is unknown at the time of his death. His eye color was presumed to be brown while he had brown-colored hair.

What happened to Ryan Waller?

Two burglars invaded Ryan Waller and his 21-year-old girlfriend, Heather Quan house on December 23, 2006. One of them later revealed to be Richie Carver shot Ryan at the back of his head. After presuming Ryan was dead, Richie went ahead to shoot Heather to death in the head.

Ryan’s father made a call to the police when his son didn’t show up for the family Christmas dinner. When the police arrived at the crime scene, they were surprised to find Waller conscious with severe injuries while his girlfriend was dead.

Instead of rushing him to the hospital for urgent medical attention, the policemen allegedly took him in for interrogation where he was kept for about 6 hours, baffled by what had happened. 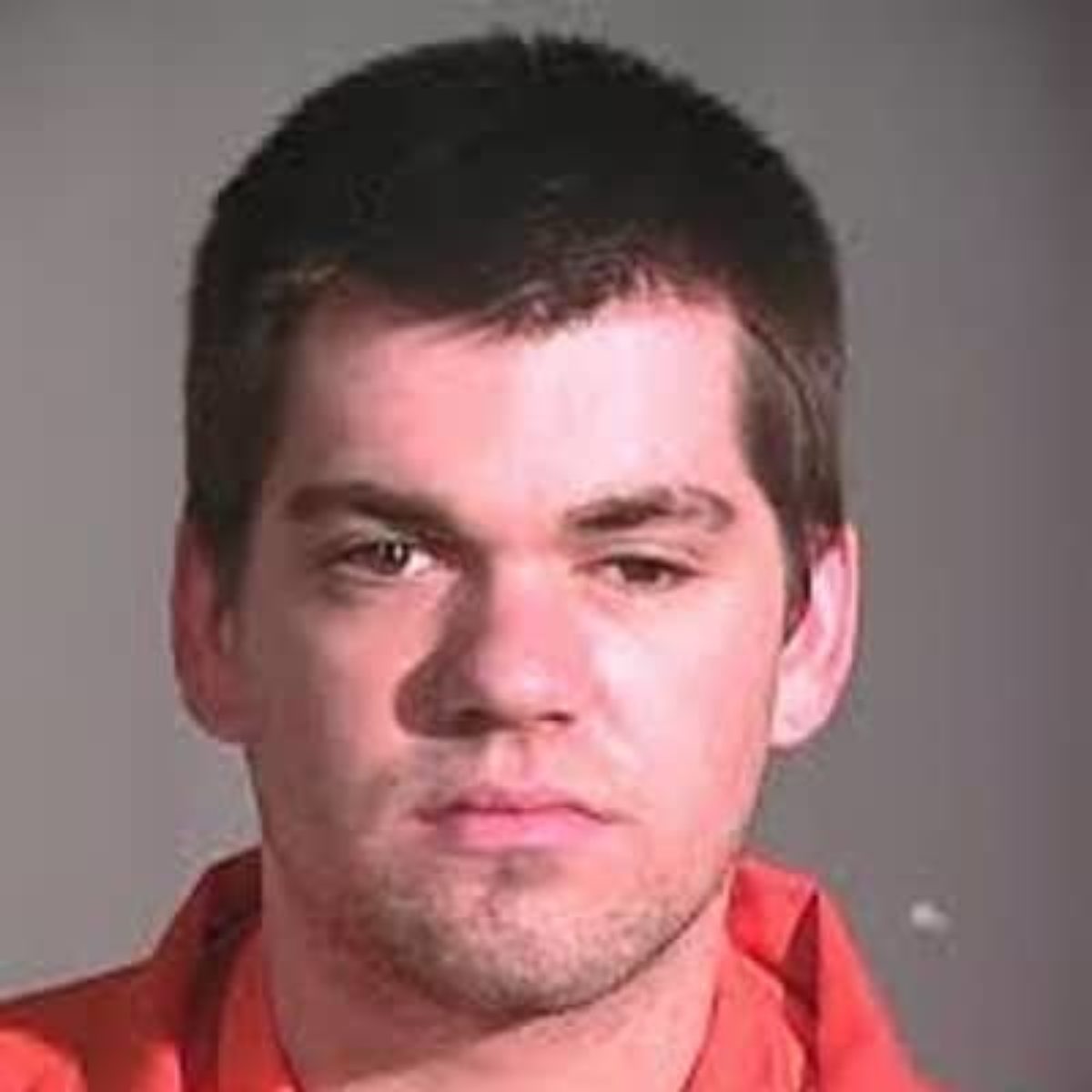 The burglary incident was later revealed to be a strategic vengeance and not a random incident after Richie and Wyan’s earlier provocation.

It was reported that Larry Lloyd Carver and his son Richie Carver intruded on the couple’s apartment seeking revenge for an altercation. Richie was also Waller’s ex-roommate.

It was this same Richie who shot both Ryan and Heather. In addition, they stole several weapons and a computer from Ryan’s house.

Ryan Waller was shot in the face (specifically in the eyes) after trying to prevent the burglars from gaining access to his apartment.

After getting 2 bullets in his head, Ryan had a severe black eye that was swollen shut which looked like he had just taken a couple of punches. The look is quite awful. 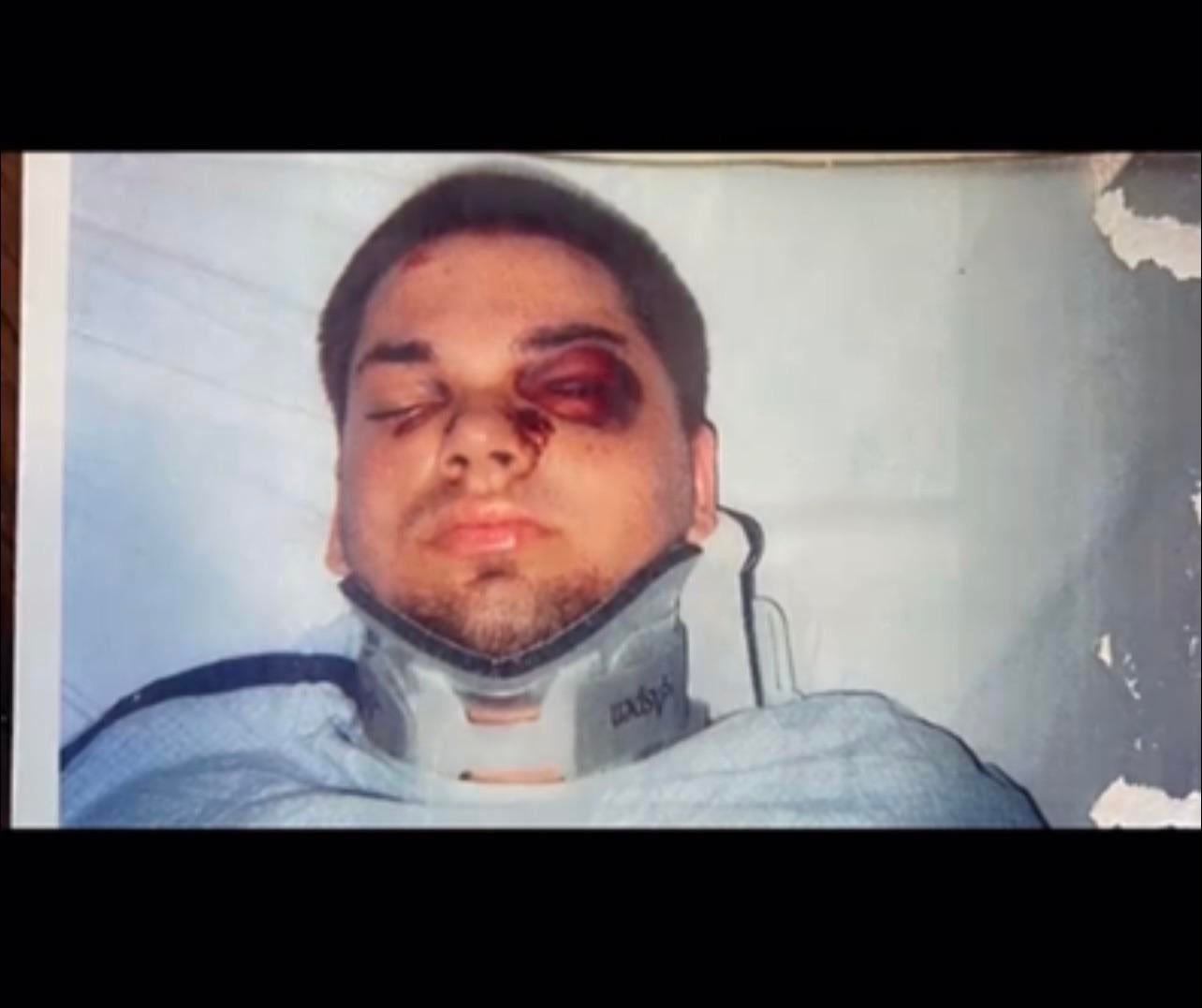 Ryan Waller had internal brain injuries from the deadly shot that tore a piece of his skull and affected his cerebrum forever. He also lost both of his eyes (some sources say he lost just his left eye) and a large part of his brain.

His sinus was pierced by the bullet and also his brain, bone, and meal were already invading his brain.

In June 2008, the verdict for Ryan Waller and Heather Quan Case was finally announced. Richie was convicted of aggravated assault, felony murder, burglary, and misconduct involving weapons. He was eventually sentenced to life in prison.

The case however took a different turn when Larry’s wife refused to testify against her husband, using marital privilege. His charges were later dismissed.

Thereafter, Heather’s family appealed to the court, and Heather’s Law was enacted in Arizona. The court found Larry Lloyd Carver guilty of several charges in November 2011. Both father and son (Larry and Richie) are serving their time in prison currently. 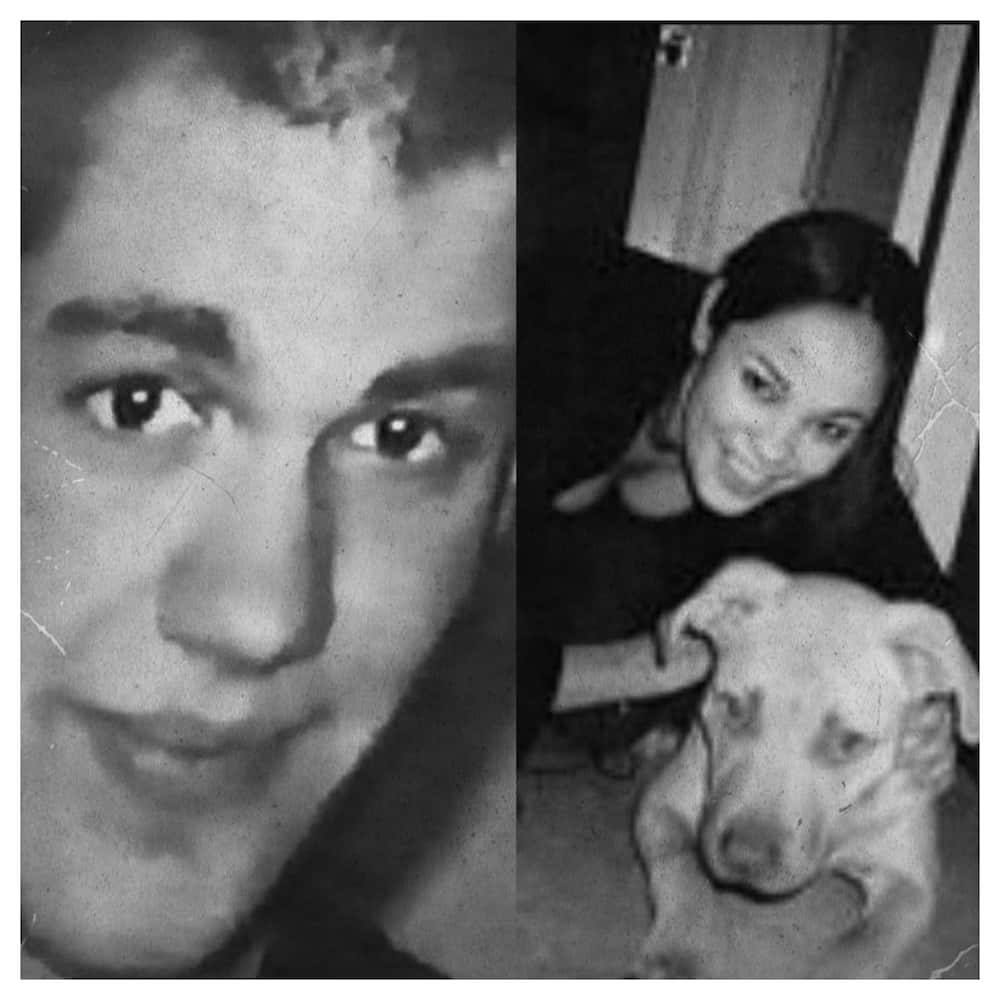 Ryan T. Waller was in a romantic relationship with his lover, Heather M. Quan. Burglars shot Ryan and his girlfriend on 23rd December 2006.

Unfortunately, his girlfriend died on the spot whereas he lived 10 more years before passing away due to seizures related to his severe brain injuries. Sadly, his girlfriend was shot because she was a witness to his presumed murder.

Sadly, the injuries Ryan Waller suffered eventually led to his death. The bullet tore a large chunk of Waller’s skull and punctured his sinus, bone, and brain, the meal was gradually penetrating his brain.

He went blind and depended on his parents for the next 10 years of his life before his demise. Ryan Waller died on the 20th of January 2016 from a seizure related to the injuries from the shooting. 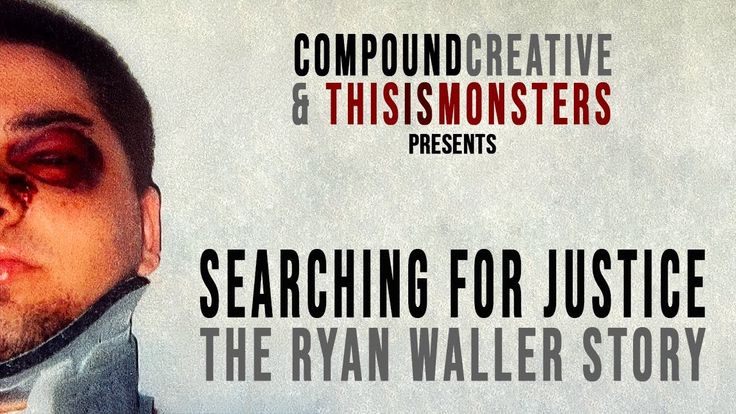 Ryan Waller obituary was released 10 years after he died from a seizure he sustained from a gunshot. Ryan Waller’s obituary was one of the scariest obituaries out there.

The shot had torn a large portion of Waller’s skull and permanently damaged his brain. His two eyes had to be removed due to the injuries he suffered. In addition, Ryan Waller was supported by his family until he gave up the ghost.

Ryan Waller’s death comes as a surprise to most of his fans. He died from the Christman day break shooting which also resulted in the murder of his girlfriend. He (Ryan Waller), died due to a serious injury he sustained from the gunshot.

Ryan Waller was shot in the face by his former roommate, Richie Lee Carver who dehumanized his face. The gunshot probably hit him in his left eye which left him bleeding. 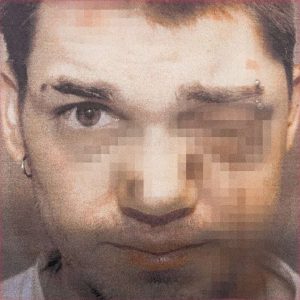 Much after Ryan Waller’s death, there was public outrage at the way the police initially handled his case, with them interrogating the injured man for 6 hours before giving him medical assistance finally.

Unfortunately, the deed has been done and the damage was too much, impacting him for the 10 more years he lived in pain.

Ryan Waller’s family had to close the chapter of their beloved son. There were no reports of lawsuits from Ryan Waller’s parents. However, they posted a video on YouTube that had all the details relating to the case. The sad incident led to the establishment of Heather’s Law in Arizona.