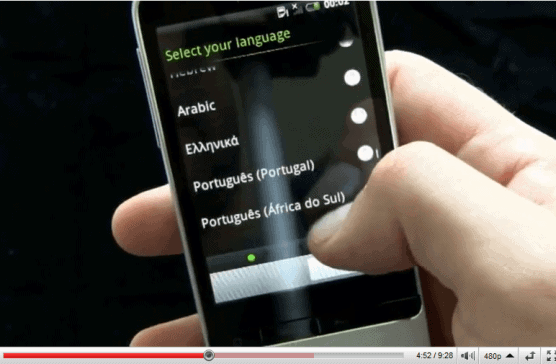 Here today we’d share with you how to change your phone language from English to Arabic (Arabic language settings on Android) on your Android phone without using Arabic keyboard apps to type and send messages in Arabian language.

In the same sense, you don’t need to learn Arabic as a language before you can change language option in your smartphone.

Arab as a major part of the world has an integral contribution and unique language different from other countries. So, when you install Arab language on your smartphone, you will begin to type messages in Arabic, and use Google voice in Arabic language.

Meanwhile, if you are scared about playing with your Android phone setting while installing Arabic on it, you may consider using some notable Arabic language keyboard for Android phone readily available in Google play store.

But for simplification and to ease your Android phone from running with too much of Android apps, you may consider this how to add Arabic Language to Android keyboard without using any Android app.

How to add Arabic Language to Android keyboard without

1. Swipe down your Android settings on either your home screen or from your app sections and click on language & input found in personal section of your phone. 2. Click the first option which is language. Note that the default phone language will shown under language option. And scroll down to the bottom of the page. 3. There you found series of languages you may not recognized. Click on Arabic language option printed as (العَرَبِيَّة). Note that once you choose Arabic instead of English language your phone display will change from right to left instantly which is the default way of writing in Arabian countries. NOTE: Note that once you changed your phone language from one to another, it’ll affects the entire apps on your Android phone and it’ll start showing the language option.