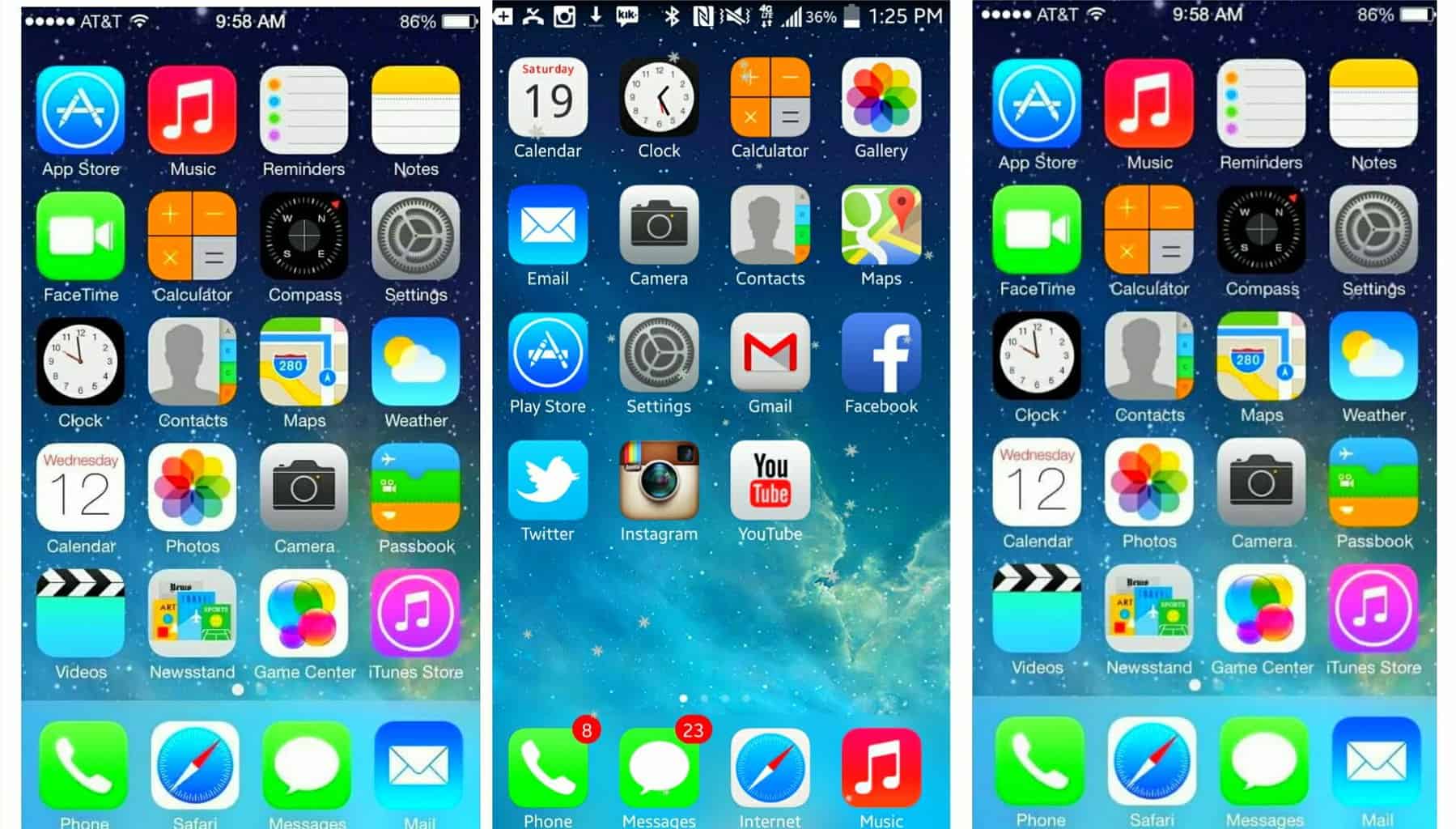 I will share with you the best iPhone launcher that is designed to turn your Android phone UI to an iPhone. The best launcher to make Android looks like an iPhone will be shared with you here. Just take note of them all.

If you are keen to have a taste of how iPhone looks in display and you can’t afford an iPhone for now, don’t die of brooding, try to use iPhone launcher on your Android phone and you will have the rest of mind.

There has been a lot of argument as to whether iPhone is better than Android or the other way round, however, the first fascinating thing to check out about an iPhone apart from the device performance and design, it’s the launcher and how it makes the home screen and lock screen looks beautiful and appealing.

Therefore, the quest to buy an iPhone may be very high to want to see the beautiful iPhone apps and its customization. However, with these iPhone launcher apps, you can easily bring a similar experience to your Android phone.

What is a Launcher?

A launcher is an app to change the default custom of a phone to another one which is set up using a dedicated app such as the Nova Launcher or Google Launcher.

Just like the Magazine screen lock, the custom launcher can override it to set up a personal custom to make your phone look more beautiful.

What is iPhone Launcher for Android?

As for the iPhone launcher app, it turns Android custom settings and configuration to iPhone settings and looks still maintain all the features and specs of an Android.

Irrespective of the launcher you are using whether a launcher for iPhone on Android or a launcher for Android on iPhone, it won’t change the phone OS or default settings, it will only give the installer the access to add more custom feature which doesn’t affect the default configuration of the app.

Remove Launcher at any Time?

You are not to be committed to any launcher. If you don’t like the one you currently on your phone, you can uninstall it and install another one. And, if you are tired of using a launcher, simply remove it totally from your phone and turn to your phone default launcher.

How do you remove launcher? A launcher is an app you download from your device OS store and install on your phone.

For most Android users to remove apps from their phone including a launcher, go to phone settings >> apps or applications >> click on the name of the app >> click on uninstall >> Done. 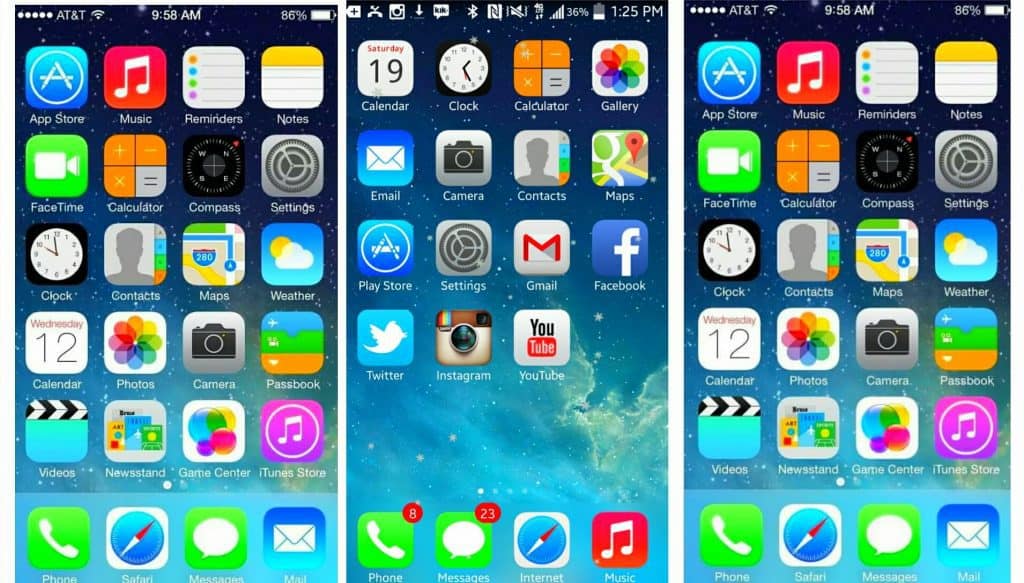 Here are some iPhone launchers we select based on popularity for iOS users. You can use more than one of them on your phone without slowing down your phone depending on your phone specs.

Note: Most of these launchers work with Android 4.0, Android 5.0, Android Marshmallow, Android Nougat, Android Pie, and the new Android Q as well. 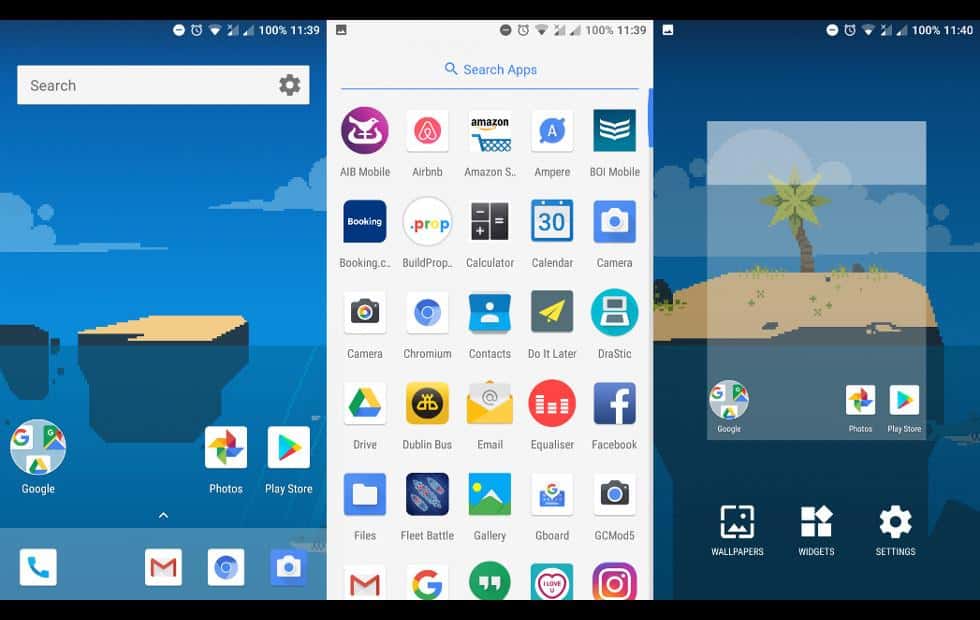 On the start is the one launcher app developed for Android users to bring the beautiful look on an iPhone to an Android smartphone. This specific launcher simply turns your Android phone to an iOS overriding the default launcher.

Starting from the app icons to home screen configuration, the one launcher changes it to what is similar to an iOS interface. With much to mention features to enjoy on this launcher, you can consider starting with it as your best launcher to turn your Android to iPhone.

Next, we consider the iOS 10 launcher. This launcher is developed mainly to work as iOS OS on Android but it won’t change anything on it. This isn’t like the VirtualBox or VM for Desktop or Laptop to install another OS on your device.

This specific launcher changes all your Android icon to iOS 10 icons once it’s activated. It offers other custom features though, by default, the app makes use of the iOS 10 custom feature a default on your Android. 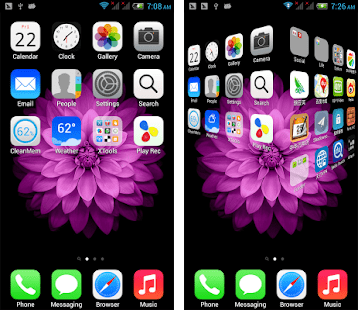 Another launcher to try on Android to convert your Android to iPhone is the xOS iPhone launcher app. There is no special requirement for this launcher app for Android. Whether your device RAM is 500MB or 1GB you are still on the safer side.

However, if you are searching for a launcher to smoothen your Android device with the iPhone launcher with a low RAM you should consider the xOS launcher.

There is no much to be done on your side. All is required of you is to download and install the app on your Android phone running a minimum of Android KitKat. 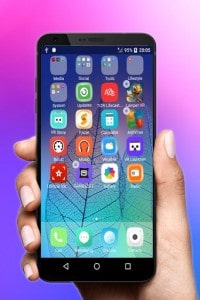 The iPhone X and iPhone XL are the trending iPhones in the late 2018 slash 2019 with some great quality of level of customization. However, this same custom feature is now available for Android users to enjoy via the iPhone X launcher.

Should you want to download a launcher that transforms your phone instantly from what you think to something really different and amazing you should consider downloading the iLauncher for your Android phone. 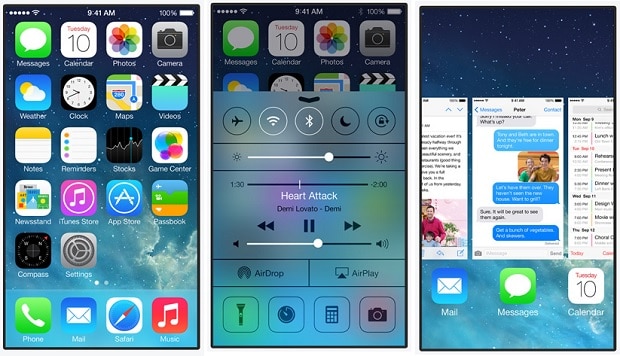 We’ve had a beautiful time using the Espier launcher on our Android smartphone and the experience is really amazing. Starting from instantly changing the phone home screen to an iPhone look, changing the Android icon to iPhone icons, and even changing the default to iPhone.

This is really amazing and beyond understanding. With this iPhone launcher app, only a limited edition of iPhones will entice you over Android.

Yes, we multi-task with this iOS launcher on your Android. It doesn’t stop Android users from multitasking on their device and it doesn’t reduce our device performance.

Really classic for Android if you don’t own an iPhone at the moment. Just download the Espier Launcher. 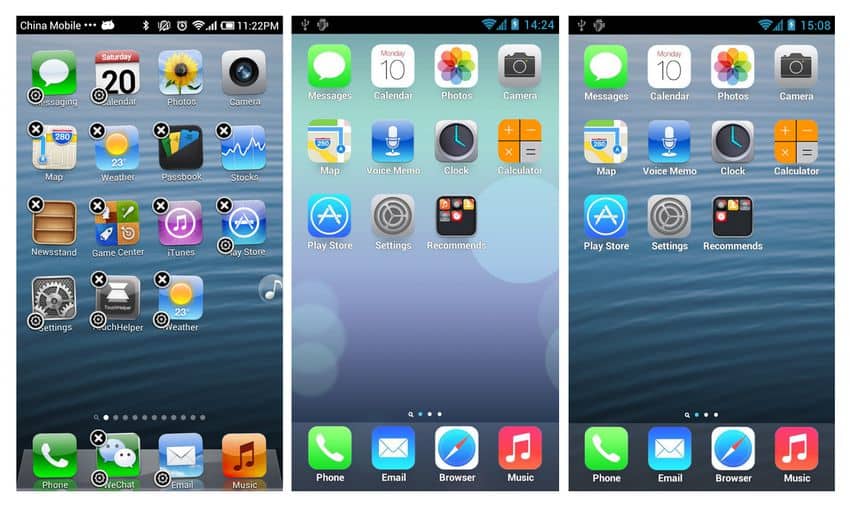 You don’t need to uninstall your old launcher, just add the iPhone 6 launcher to your archive. Note that this launcher changes your phone app icons, home screen, call features, messages, and some other features including in the launcher settings to that of iPhone 6 plus. 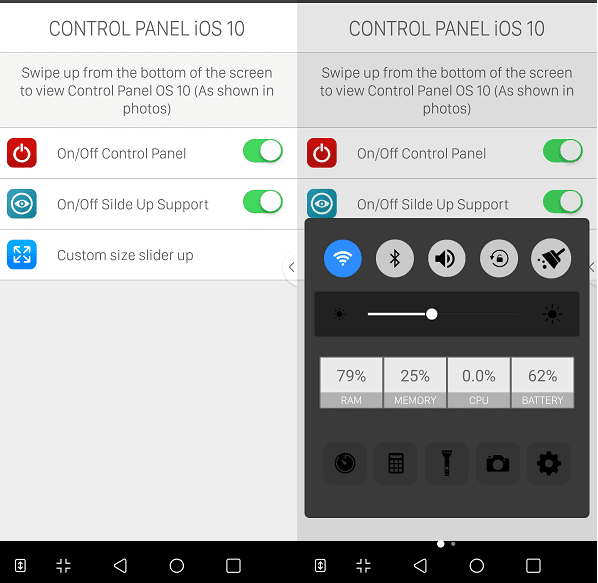 Android and iPhone are really getting close with a different kind of launchers every day. Launchers to make your Android looks like iPhone and Android launchers to turn iPhone home screen to Android look.

This iPhone-Android launcher gathers all quick features of your Android phone into a single interface with a toggle button to enable them. This includes WiFi, Bluetooth, torch, silent mode, screen timeout, Bluetooth, and multi-functional.

If you really love to have all your phone feature in a single interface you should consider the control panel smart toggle launcher for Android.

One or two of these launchers is not bad. At the time of publishing this post, apart from the Nova and Google launcher, I am having two of these iPhone launcher installed on my Android. I only do this for fun and you too can.