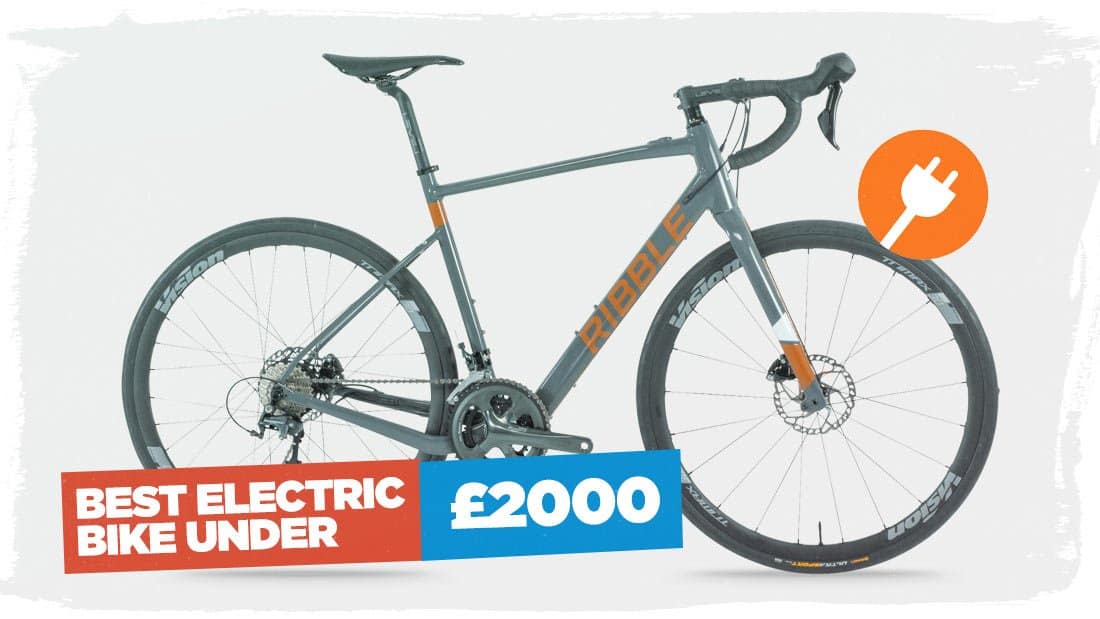 When you looking to get a new Electric bike, your budget is one of those few inevitable things that come to mind especially the best cheapest Electric Bike

Getting an Electric bike is not a cheap purchase as most decent e-bikes cost upward of $2000.

But, since the breakout period of electric bikes, a lot of brands have entered the market to produce less expensive electric bikes.

And since then, there are tons of options for electric bikes under $2000.

Not to mention, there are also affordable and decent Electric bikes that are priced under $1000.

So if you are under a shoestring budget, you don’t need to worry as I will be focusing on the best cheapest electric bikes that are below $2000

Before delving straight into the list of the best cheapest electric bikes, It makes sense to be better informed on what you should look out for on your next electric bike purchase notwithstanding the brand you are purchasing.

If you feel that way, lets swiftly break down some of those things you should look out for to ensure you are getting value for your hard-earned cash

What you Should Know Before Purchasing an Electric Bike 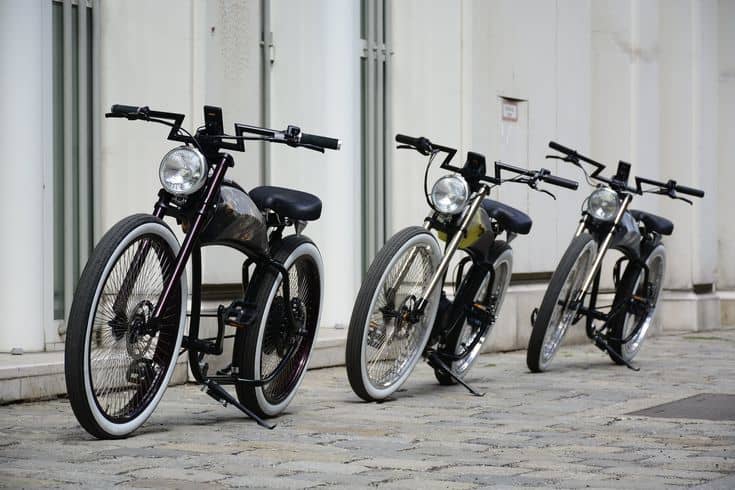 If you might be thinking, can I get an electric bike that would move without pedalling? Think again.

Electric bikes motor simply act as assistance so that you won’t have to pedal with soo much power all the time when cycling the road.

That being said, a better explanation according to usage is this.

If you are looking for an electric bike that will simply be a helping hand to assist you while pedaling, without minding the control it gives you during the twist and turn then the Hub motor is perfect for you

A mid-drive motor on the other hand is suitable for one looking for a peak performance bike such as a cyclist etc but still wants the helping hand.

But, economically the Hub motor is cheaper than the mid-drive motor

The Class of Electrical Bike

Generally, Electric Bikes are classified into three which are Class 1, Class 2, and Class 3.

These sets of electric bikes are low-speed bikes. They come with pedal assistance and are suitable for less experienced or old riders who prefer to play it safe.

Most bikes fall within this range since it supports a speed of over 20mph. In addition to that, it usually comes with a throttle to boost your ride with less pedaling.

Class 3 bikes are usually more advanced since they are equipped with speedometers and come with a motor that can reach up to 28 miles per hour. Bikes like these would require a driving licence and some paperwork due to their speed range if you are in the UK.

For cheaper bikes, the batteries are usually visible and less efficient due to their weights when compared to more pricey bikes.

The variables are your weight. How much throttle you use, the battery capacity and the weight of the bike?

Another important factor you might need to watch out for are the bike components. Just like most traditional bikes, some electric bike comes with some Nice-to-have features such as bells and whistles etc.

While some might of these nice-to-have might be pieced together with cheap components or places anywhere. It could be risky with important components especially when they are placed wrongly.

Are Electric Bikes worth the Money?

Very recently there was a hike in the price of gas. So it is a no-brainer when it comes to economic advantage.

Coupled with that, you get to save costs on parking, and vehicle maintenance and you don’t need to worry soo much about traffic jams

However, decent working ones cost around $2000.

Now that you are more informed on what to look out for when you want to purchase the best cheapest electric bike. Below are some recommended Best Cheapest Electric Bike you should go for your budget is under $1500 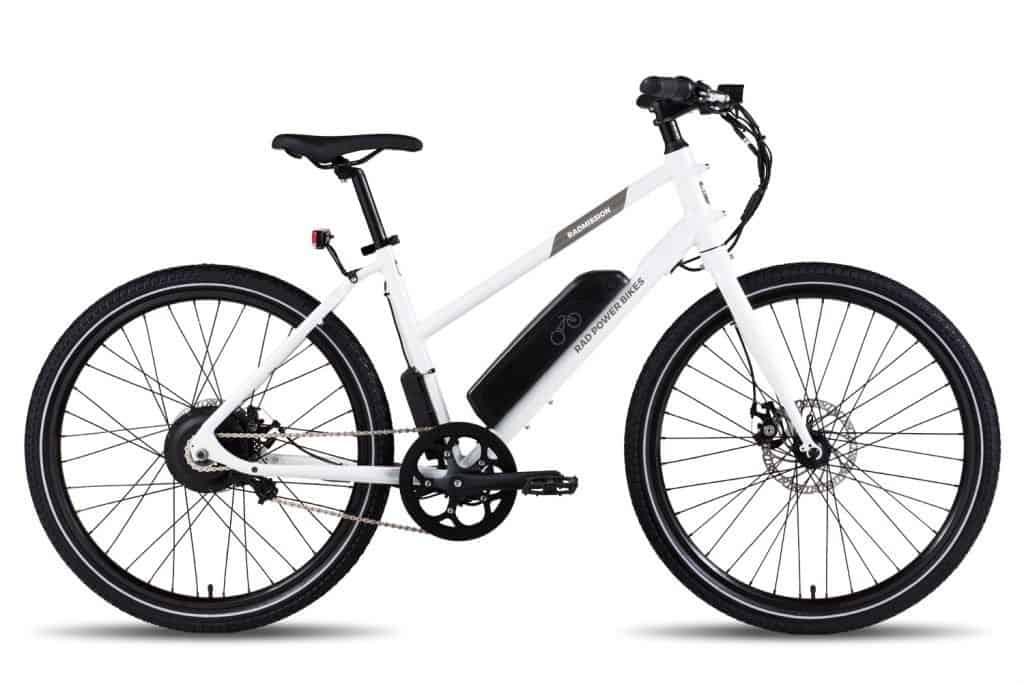 The Rad Power Bike is class 2 Electric bike that comes with branded Hub motor. One of the impressive things about this E-bike is its low amount of maintenance required which is due to its single-speed Drivetrain.

Besides that, the rad e-bike comes with 27.5 x 1.95-inch-wide Kenda contact tires that are slightly narrow but wide enough to ensure comfort while you are riding on bumpy roads.

The rad might not be the best electric bike on this list since it can only clock a speed of 20mph. But it comes with a throttle to boost your speed while riding on a free road.

Other impressive nice-to-have about the Rad E-bikes are the integrated lights and a bell which enhanced your riding experience at Night times and during traffic.

With all these features, the Rad bike is pretty impressive with its $900 price tag. Although it comes with some downsides such as its cheap mechanical brakes and issues with stiffer tires when compared to other Electric bikes

Must Read: How to calibrate Peloton Bike 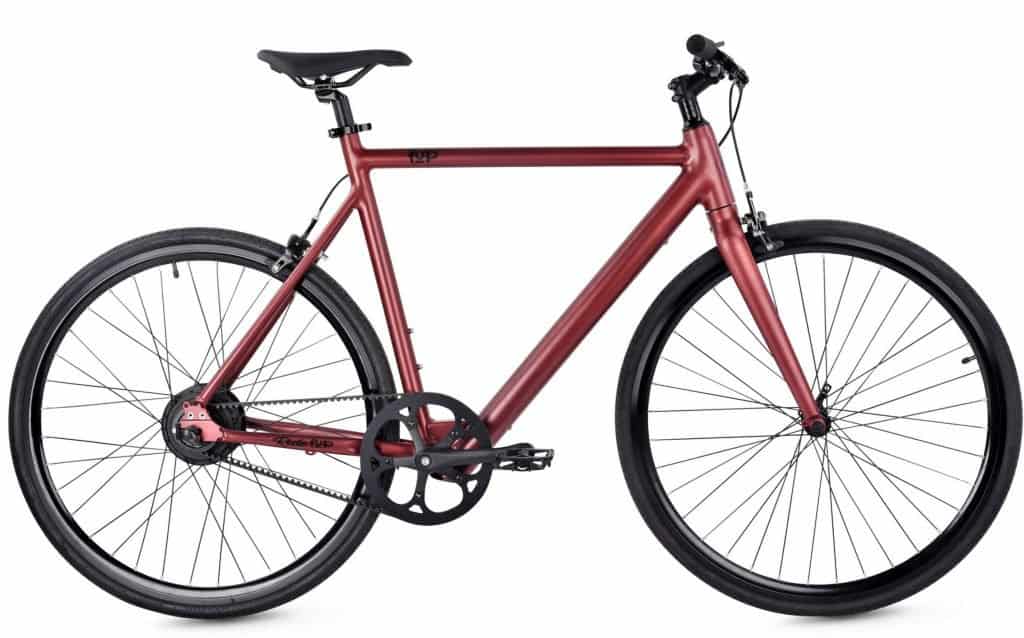 One of the things that make the Ride Up Roadster a pretty decent E-bike is its Price and its lightweight.

This feature makes it easy for you to get around without much fuss.

While it might not be a top-power bike, the smooth drive and little maintenance make it a great option for short distances through flat roads.

Coupled with all that, it comes at a competitive price of $1095 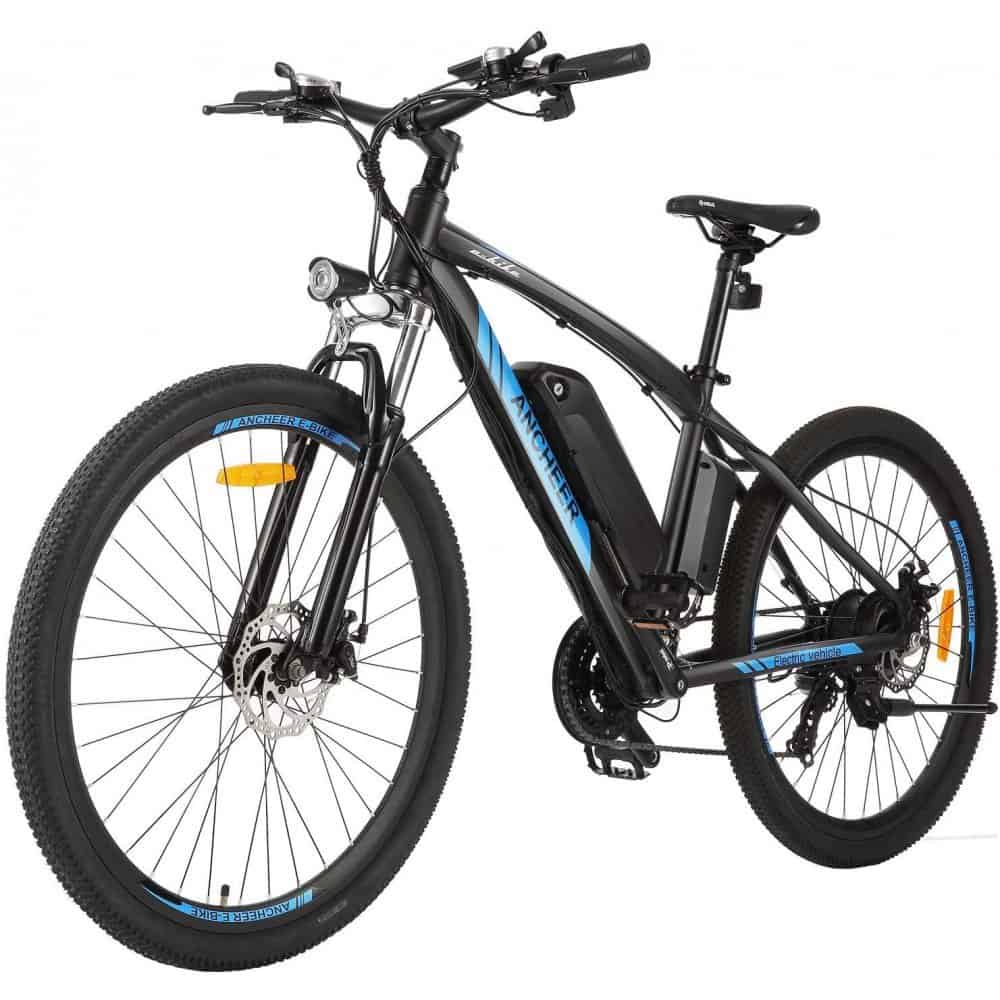 It comes with varieties of impressive features such as the Professional 24-Speed shifter, the high-strength carbon steel front fork and a shock absorber that makes you comfortable moving on any road.

The Ancheer also comes with Front and rear disc brakes to ensure a safe rise since its speed tops around 28mph.

This makes it classified as a car due to the paperwork, and license you have to get if you stay in the UK.

Coupled with that it is easy to ride since it comes with three different pedal assist levels and for the speed start, you can simply twist the throttle to max out the normal speed of the bike

Besides, its price tag is under $800 on amazon 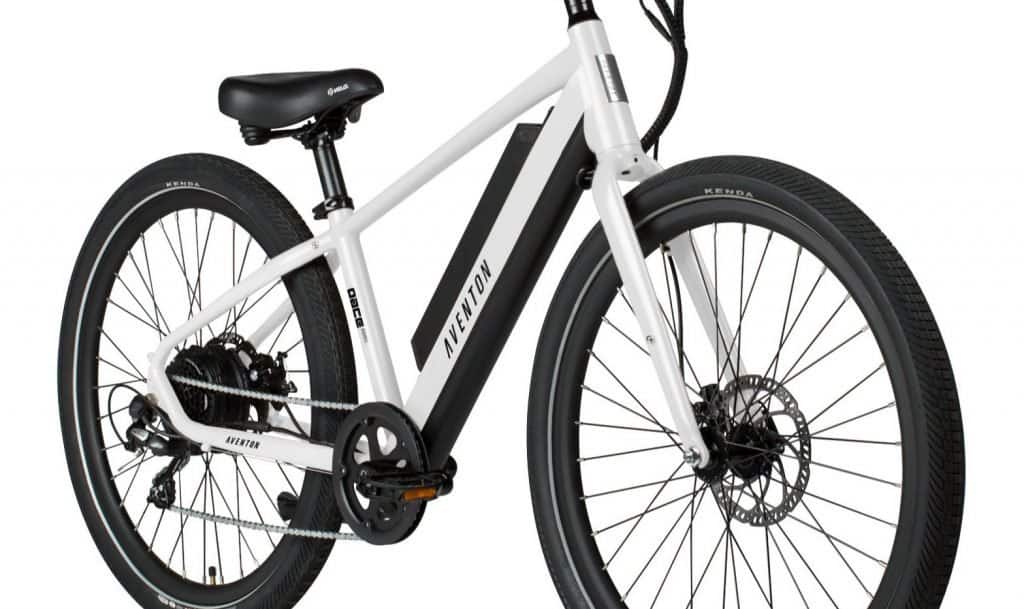 This is one of the most versatile best cheapest electric bike on this list since it comes with a 5-level pedal assist to help you move swiftly without any sort of friction.

Besides that, it also has some other impressive features such as its upright step-through frame which allow any size of rider to comfortably sit and feel comfortable pedalling the bike

It’s a class 2 Bike so it comes with a throttle to help boost your speed while cycling.

In addition to that, the high load capacity makes it a fit for delivery jobs.

That said, the pace 350 comes with some nice to have features such as the Integrated lights, motor, and battery and the companion app for sharing data.

But then, one of its downsides is the minimal power which determines how far the bike can go after a full charge.

Although it is a moderately priced electric bike at $1399

Recommended: Who has the cheapest car insurance 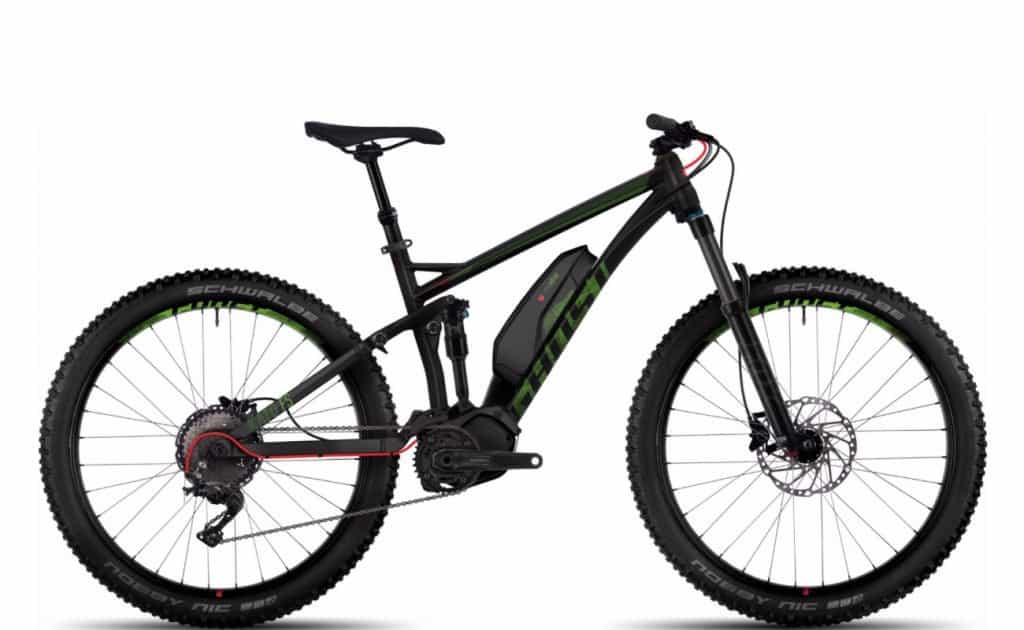 Among the list of best cheapest electric bikes, the Ghost Electric Mountain Bike is one of the most versatile and strong on the list.

With this electric bike, you can cycle through steep ground while moving comfortably.

Coupled with that, It comes with a 7-speed drivetrain which ensures a smooth and responsive gear-shifting.

Besides that, you stand to enjoy the pedal assist mode which makes the pedaling easier since the motor kicks into help improve your speed

In addition to all these, the Ghost electric motorbike has a lightweight battery which lessens the total weight and makes you move faster.

To add to the downside of the ghost Electric bike is that it is not suited for all sizes of people. You have to be between the height range of 5 foot 6 to 6 foot 2,

But then, it’s a pretty decent value for your money at $1399

What are the disadvantages of electric bikes?

Electric bikes usually come with a battery to assist the rider while cycling. The battery adds to its weight which could make the battery run out quickly. It gets much worse when it runs out of battery and you have to use the pedal to move the weight of the bike with the battery.

Coupled with that another unfavourable disadvantage of the electric bike is its cost. $2000 is not affordable for everyone. And that price tag is just enough to get a cheap car.

How fast do electric bikes go?

Several factors determine the speed at which an electric bike can go.

Apart from the normal speed. Factors such as motor and class play a role and external factors like weight also count.

But then a bike can move as fast as 28 miles per hour or less.

Since you’ve gone through the list of best cheapest electric bike, you should be better informed when you are making your next purchase.  In addition to that, one factor which you have to consider before purchasing an electric bike is the location and its laws.