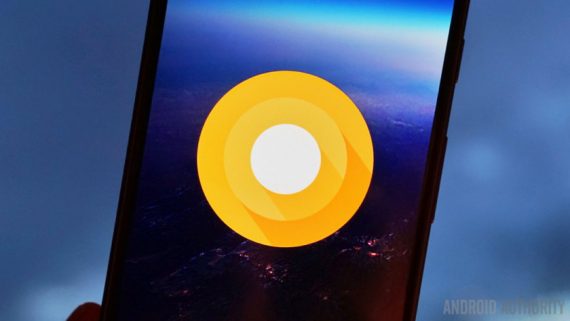 Android O made its debuts on 21st, March 2017 following the release of Android Nougat or Android N, and Android Marshmallow or Android M. And hopefully Android O download will be available publicly probably 21st, August 2017. According latest new on where to Download Android O and Android O release date, the new OS can be run successfully only on Google devices which are:

Well, if you are curious about the latest Android O name and probably can’t wait to have it running on your device then you should take a move to download and install it. Meanwhile, your tech oriented knowledge is needed to download Android O and install it without itch.

Android O full name will be probably be Android 8 aero but still not sure. Meanwhile, while we wait for Android O name you can follow this tutorial to download Android O and install it on your device.

One notable advise is that before you download and install Android O is to make sure you backup your Android phone so that you can easily revert it in case of any problem.

Note: You might want to wait for Android O release date which will probably be 21st, August 2017.

How to Download Android O and Install it on Existing OS

Android O is currently available in beta version. The best way to download Android O is with the Google’s Android Beta Program. Any Android device user or owner that opted in for the beta program will receive Android O’s update in order to upgrade the old OS to the latest one.

If you own any of the Google phones listed above and you would love to receive the new Android O update all you need to do is go to Android O beta program page via your supported Nexus device on your browser.

Visit g.co/androidbeta  on your Nexus or Pixel device and you will be prompted to login with your Google account then login.

Then scroll down the page to select eligible devices to see whether your Nexus or Pixel device is eligible for the OS update. 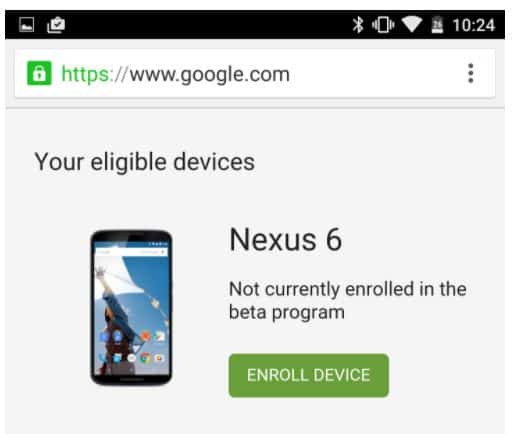 Find the Nexus or Pixel phone you want to take enroll for the program as shown above and click on enroll device with green button. 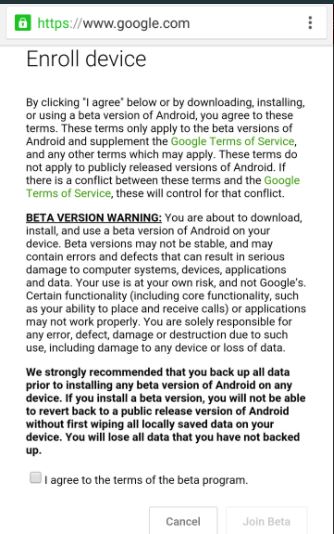 A new message window will populates telling you that you have successfully enrolled for Android O beta program and that you will be contacted once the update is available. Then click on ‘OK’ for the ‘OTA’ program. 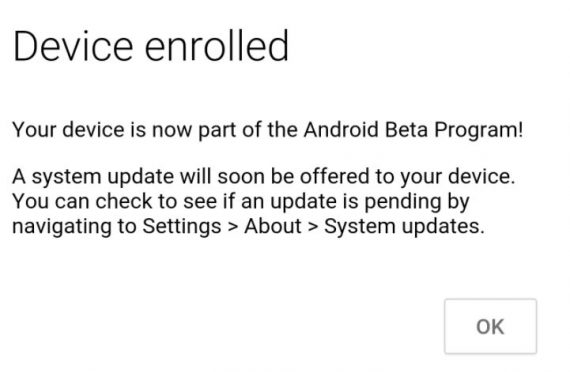 Android O notification should populates on your Nexus phone or Pixel phone in few minutes. If the update notification didn’t show up then check your internet connection to see whether it’s out of range. Now you may need to download Android O beta manually on your phone without waiting for automatic update.

Now, once the notification update arrives for you to update your Nexus OS to the latest Android O then swipe down your device screen and click on download tab.

Make sure you are either connected to the internet via Wi-Fi or to your phone internet connection but preferably you should connect to a Wi-Fi. A new warning message will populates that a preview of Android O will be installed on your device. Then click on download. The attached screenshot below is not for Android O beta it of Android N beta preview. 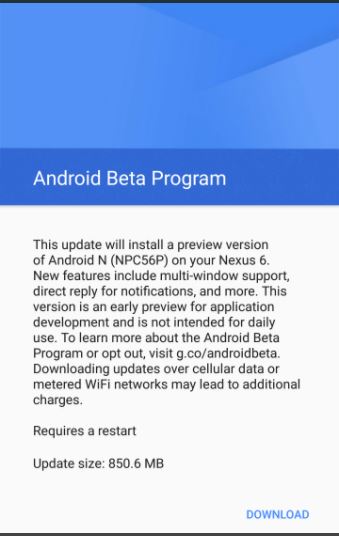 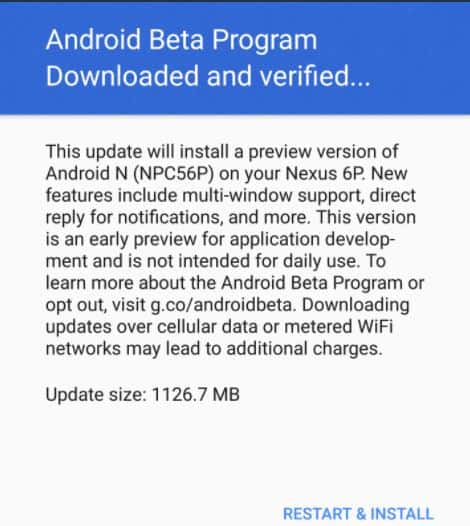 After successful installation you should have Android O beta running on your device and you will be notified once the OS is released publicly.