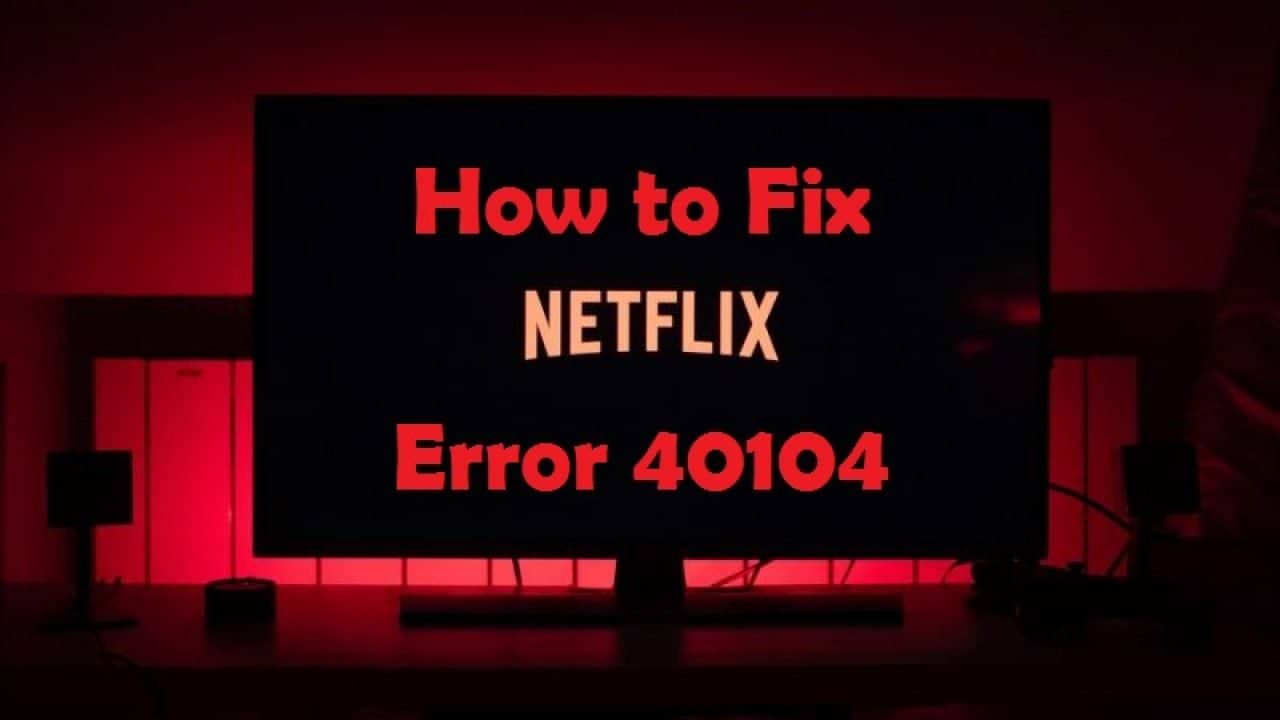 So you are streaming your favorite Netflix series or show on your device, either your iPad, Television set, phone, laptop, etc, and suddenly the video streaming stops abruptly and an error message displays on your screen with the words “Cannot play title. Please try again later.” Sometimes, it does not appear in those exact words but instead, a Netflix error 40104 displays on your screen.

Other times, the error 40104 displays alongside the error message “Cannot Play title. Please try again later.”Users generally run into this problem when attempting to watch a downloaded or streamed video content. We will be talking on how to fix Netflix error 40104.

It can be very frustrating as it hinders you from enjoying your video content but you can fix it yourself using some very simple and short steps.

Generally, you will at least get the Netflix error 40104 “Cannot play title. Please try again later” error at least once during your whole subscription. It is very unlikely that you will never run into this at least one time. Usually, the problem is primarily from issues regarding your internet connectivity which is stopping your device from connecting to the Netflix service provider.

Now that you know why you are getting this error message, how then do you solve it and start enjoying your shows ASAP?!

Follow the steps below to fix the Netflix error 40104 on all your devices.

This is the conventional and most common way of fixing any error and the Netflix error 40104 is no different. So before you start doing anything serious, just switch your device off and on again to refresh. Let your device stay switched off for about 10 to 20 seconds before switching back on. Then reopen your Netflix app once your device is back on.

After powering your device and reopening your app and while streaming your video content, the Netflix error 40104 reappears again, the next step is to check your network connectivity. Do note that should in case you are streaming from a Hotel, Business Place, University, or some other public places using a public network, it is possible and very likely that the network administrator has disabled the network’s access to all streaming services which includes Netflix. Therefore, your Netflix app will not connect.

However, if this is not the case or you are using a home network, you need to check your internet connectivity on your device.

If there is nothing wrong with your internet connectivity, and you are still getting the Netflix Error 40104, you need to download the title too, if you have before, you need to download it again. This is because in some cases, your downloaded video content may have expired and you may have missed the notification.

If the error persists, it could be as a result of an old version being used and you may need to reinstall to get the latest version of the software if your application does not update itself automatically.

NB: When you delete your Netflix app, titles that have been downloaded on that device will also be deleted. As a result, it is possible your Apple ID and password will be required in order to reinstall the app once again.

If you have followed all the steps listed above, one of them would have worked for you and you will be able to fix Netflix error code 40104. You can now enjoy watching and streaming all your favorite video content on Netflix.

How to Remove Downloaded Videos in Netflix

We mentioned that you should remove the movie title if you encountered error 40104 on Netflix while streaming. And here is how to remove it.