This might not be so important in the grand scheme of things, but if you have to need to know how many quarts in a gallon, then I am here for you.

I am hoping you would have become that baker or chef or whatever profession it is that will make you seek these sorts of answers. Then voilà! I provide it. That was on a lighter note though but getting on now, let’s get to learn how many quarts in a gallon. Read on and be blessed.

If you’ve been following us long enough now, you know we are big on perspective here. Because we endure you very well understand relevant terms first before we delve into the actual discussion so here we go.

Table of Contents show
1. What are Quarts
2. History of Quart
3. The US Liquid Quarts
4. The US Dry Quarts
5. The Imperial Quart
6. What is a Gallon?
7. Origin of Gallon
8. The US and UK Gallon
9. Differences Between US and UK Gallon
10. How many Quarts in a Gallon
11. Quarts and Gallons Conversion Table
12. Volume Measurements in the US Customary System
13. Things Commonly Measured in Quarts

Wikipedia says that the quart  with the symbol (qt) is an English unit of volume equal to a quarter gallon and that three kinds of quarts are currently used: the liquid quart and dry quart of the US customary system and the imperial quart of the British imperial system

All are roughly equal to one liter. It is divided into two pints or (in the US) four cups. However, the exact size of the quart has varied with the different values of gallons over time and about different commodities.

Because a quart is two pints, in every quart, there  be four cups. Now quart is a pretty good size. If you buy a water bottle, one of those reusable water bottles, that’s usually a quart. A quart is 32 fluid ounces.

Simply put, a quart is a way to measure volume or how much liquid a container can hold.

Current use: The respective versions of the quart are used mainly in the United States and the United Kingdom, though in the UK, the use of the liter is now mandated as a result of metrication.

The US Liquid Quarts

In terms of its closest metric equivalent the liter, a liquid quart is slightly less than a liter (in fact it’s about 0.95 liters).

So, it is safe to say that

The US Dry Quarts

Remember in our definition, we mentioned that they are three kinds of quarts. So here, we will do well to explain what the three of them are.
A dry quarts is a United States dry unit equal to 2 pints or 67.2 cubic inches. quart.

A dry quart, on the other hand, is actually slightly larger than a liter: it’s about 1.10 liters. Dry quarts are actually used to measure bushels of dry stuff, for example wheat.

Breaking it down some more,

The imperial quart, which is used for both liquid and dry capacity, is equal to one quarter of an imperial gallon, or exactly 1.1365225 liters. In the United Kingdom goods may be sold by the quart if the equivalent metric measure is also given. 1 imperial quart. = 1⁄4

The UK’s imperial quart is the biggest of the three, as  it is equal to about 1.14 liters.

What is a Gallon?

A gallon is a unit of measurement used for liquids such as gasoline, water, and milk in the United States.

It is a volume unit in Imperial and United States Customary systems. The symbol is “gal”.

A gallon is equivalent to 4 quarts of liquid or 3.785 liters and the United States is one of the last countries to use this term.

Though the gallon has roots in the British Imperial Units measurement system, the United Kingdom and most countries around the world have switched to the newer International System of Units.

The gallon can also be defined as a unit of volume in imperial units and the United States customary units. Three different versions are in current use:

The term gallon most closely originates from “galon” in Old Northern French and developed as a system for measuring wine and beer in England, resulting in measures such as the wine gallon, ale gallon, and imperial gallon.

The sizes of gallons used in these two systems were different from each other: the first was based on the wine gallon (equal in size to the US gallon), and the second one was either the ale gallon or the larger imperial gallon.

Current use: In the United States (US), gallons are often used for larger containers, such as half gallon tubs of ice cream or one-gallon cartons of milk. Gallons are also widely used in fuel economy expression in the US, as well as some of its territories. The imperial gallon is used even more sparingly than the US gallon, with most countries around the world using liters when referencing fuel.

The US and UK Gallon

Here, we will better explain the differences between the US and the UK gallons, as that is a vital consideration when discussing how many quarts in a gallon.

Differences Between US and UK Gallon

How many Quarts in a Gallon

Both quarts and gallons are part of the US customary and imperial systems of measurement. The unit quart gets its name from the Latin quartus, meaning “one-quarter,” so the unit is based on being one-quarter of a gallon.

How To Convert From Quarts to Gallons

In converting between quarts and gallons, one needs to remember the relationship between a quart and a gallon.  So, just remember that a quart is a quarter of a gallon, An illustration is given below;

To convert a quart measurement to a gallon measurement, divide the volume by the conversion ratio.

Since one gallon is equal to 4 quarts, you can use this simple formula to convert.

The volume in gallons is equal to the quarts divided by 4.

Meanwhile, converting from gallons to quarts, requires you to multiply by 4.

Quarts = Gallons x 4
I.e the volume in quarts is equal to the gallons value multiplied by 4.

For example, here’s how to convert 12 gallons to quarts, using the formula above.

One thing worthy of note is they are various definitions of a gallon, but in all these definitions, the relationship between a quart and a gallon (4 quarts: 1 gallon) remains the same.

So, if you are converting from quarts to gallons in different systems, you would need to take the above relationships into consideration.

Volume Measurements in the US Customary System

Volume is the quantity of three-dimensional space occupied by a liquid, solid, or gas. Common units used to express volume include liters, cubic meters, gallons, milliliters, quarts, teaspoons, and ounces, though many other units exist.

The International System of Units (SI) standard unit of volume is the cubic meter (m3) and the metric system uses the liter (L) as a volume unit. One liter is the same volume as a 10-centimeter cube.

The most significant units of volume in the US Customary System of Measurements are,

Truth is, we use these measurement parameter for liquid measurements every single day. Whether we’re cooking, gardening, or filling a pool, we just have to know the right unit to use.

In trying to fill a swimming pool,  a gallon will suffice  more  than a cup would. Considering, that a cup is a small amount, and a gallon is quite large.

Knowing the right unit of volume to use, is just key as you can end up adding an excess measure of liquid into recipe or anything else for that matter, if you are not careful.

Many beverages sold in larger containers are often measured in liters. A liter is just over 1/4 of a gallon, so many drinks, such as water, juice, or milk, are often measured and sold in cartons or bottles of several liters and a litre approximately equals a quarts.

In the United States, most paint is sold in quart, gallon, or 5-gallon sizes, but because it’s sold in larger quantities, paint can also be sold in liter increments.

3. Ziplock Bags measurement in QuartHow much a plastic zip bag, freezer bag, or reusable snack bag can hold is often marked in liters.

This is because the liter is an intermediate size, falling between a gallon, which is larger, and ounces, which are a bit smaller.

Shampoo bottles come in all shapes and sizes, which means they can hold various amounts of liquid. However, many shampoo bottles are designed to hold about one liter of liquid soap.

The long and short of it all is that four quarts  equals a gallon. So if you ever wondered how many quarts equals a gallon?we hope we have answered you satisfiably. 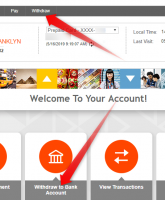 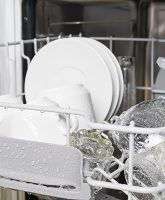 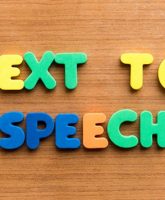 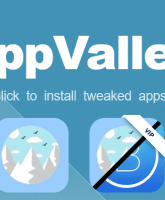 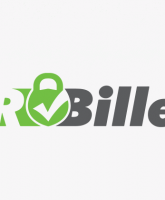 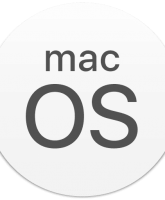