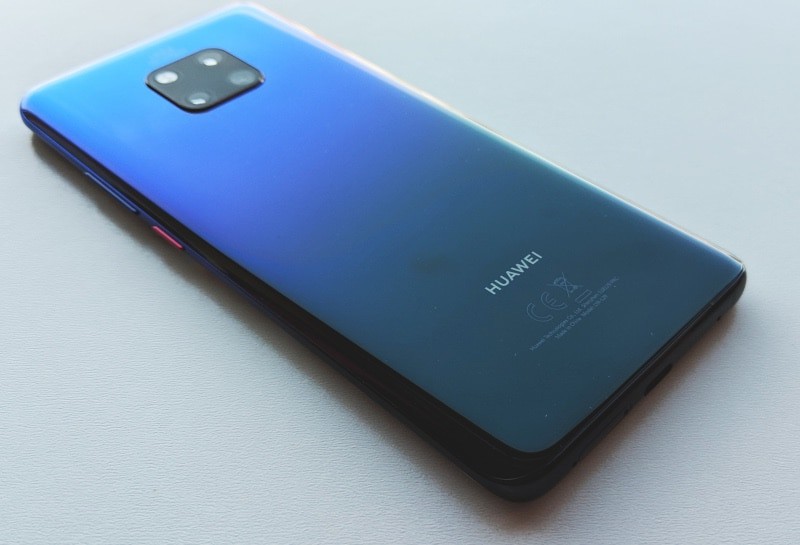 Huawei honor users no longer have permission to use the Nova launcher on Huawei honor and other Huawei phones (Chinese) with EMUI 9 (Android Pie) OS.

Huawei P30 Pro, P20, P30 lite, Honor, Y9, and other Huawei phone running the EMUI 9 launcher can no longer use all 3rd party launcher as part of the Chinese phone company to foster security on their brand.

However, a lot of Nova launcher fans have taken to different platforms to complain that they were unable to use the Nova launcher on Huawei Honor and other Huawei brand.

As a Huawei Y9 user with EMUI 8 preloaded on the device and prompted to upgrade to EMUI 9. After the upgrade, the Nova launcher stopped working on the device.

As a Nova launcher’s fan, I had to do what I did to be able to install a 3rd party launcher on the device. This trick works perfectly for all EMUI 8 (Android Oreo) smartphone to download and install 3rd party launchers on Huawei phone.

However, since Huawei Honor is preloaded with EMIU 9 (Android Pie) you can roll back to the previous version EMUI 8 (Android 8.0) to download and install third-party launchers on your Huawei honor.

You can no longer set a 3rd party launcher as your default launcher on Huawei software EMUI 9 (Android Pie) like it used to be.

If you are a fan of popular launchers like Nova Launcher, Action Launcher, Rootless Pixel Launcher, Niagara Launcher, you will no longer be able to directly set either of these launchers as your Huawei Honor default launcher. 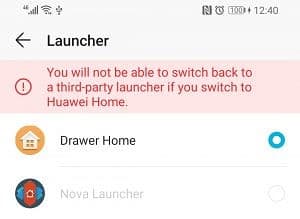 The image above clearly told you that Huawei devices with EMUI 9 preloaded can no longer use a 3rd party launcher as a default launcher.

But, a walk around revealed that you can install Nova Launcher on Huawei Honor if you decided to roll back to EMUI 8 instead of the EMUI 9.

If you have got the Huawei Honor with EMUI 9 that won’t let you download other launchers you may want to downgrade to EMUI 8.

If there is an older version available for your kind of Huawei phone you will be able to roll back to it rather than sticking to the EMUI 9 that won’t allow you to use 3rd party launchers.

FunkyHuawei DNS is a 3rd party tool to downgrade from Android Pie to Android Oreo. To achieve this, kindly follow the procedures below to downgrade EMUI 9 to EMUI 8.

Now, we are done with half of the whole scenario. The next thing is to install your favorite launcher on your Honor phone (Chinese).

1. Open the Google play store app on your Honor and search for your choice of the launcher. you want to install. You can search for “Nova Launcher” and click on the search button.

2. Click on the install button to download and install the launcher Nova on your Huawei Honor phone.

4. Close the warning message and tap on the change button to set the new launcher as your default launcher.

You can follow the procedures above to install 3rd party launchers on your Huawei Honor phone. It’s not limited to Nova alone. Other launchers will work fine.

Note: You can always upgrade EMUI 8 to EMUI 9 when any time you feel like you should upgrade to the Android Pie to enjoy maximum security, horizontal app information, and many more.