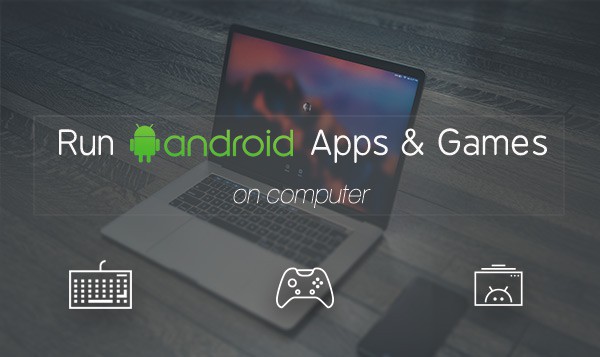 Android operating system owned by Google is currently the most widely used mobile operating system in the world followed by Apple’s iOS. Android was formerly owned by Android Inc before its takeover by Google. Android is more preferred because of its easy user interface and ability to run apps using the monolithic kernel system such as the use of a 3rd party too to run Android OS on Windows computer.

Android Operating system is found on several smartphones worldwide which have also paved the way for the development of new and advanced apps for the operating system for people to use.

The android operating system, because of its simple user interface has attracted lots of attention as developers considered moving their products to the platform.

This means offers you a realtime android environment which enables you to run android apps like facebook, office apps or even programming apps like WPS, games, and more.

Some emulators run directly on the Windows Kernel while the rest run on windows via the virtual box.

Think of it, isn’t it nice that you have an opportunity to continue with WhatsApp, Temple Run or even Dream League Soccer? Let me tell you, it is very possible using these third party software. 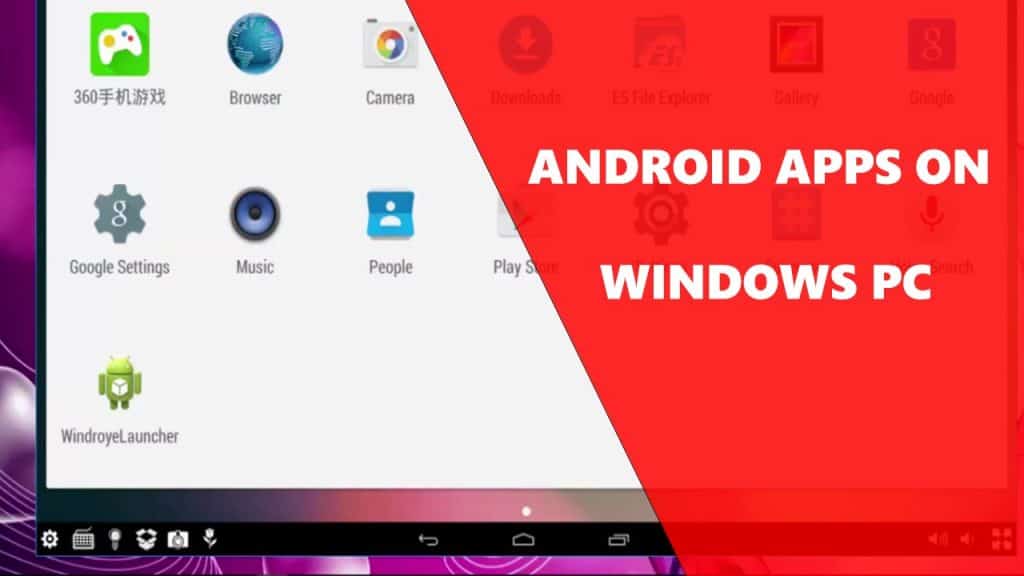 Below are ways you can run Android apps on your windows pc using third-party apps.

You can also download and install apps from untrusted sources and run them simultaneously.

Bluestack upon its release had some issues like the inability to open apps with high processing power, inability to recognize apps stored in App data. However, with further updates, they were able to fix those issues.

Bluestacks is one of the best Android App Emulator out there for Windows 7/8.1/10 or higher.

Tested & Trusted: I ran Bluestacks app player on Windows 7 Ultimate version and its performance was excellent.

To do that simply Goto;

Note: Bluestacks is among the most recommended android emulators out there in the market.

Things I know about Bluestack

Bluestacks is a simple but effective way of running android based apps on your windows pc. It runs like your real android operating system on your phone.

Bluestack is fast, but not the fastest of them. The actual download size of Bluestack is around 300 to 400 MB.

The unique things about Windroy the ability to run Android apps on a machine level and not with the use of virtual box or environments.

I have personally used Windroy on my laptop and I can say that it is a completely awesome piece of software out there. It is relatively fast and unique, although it does offer as many features compared to bluestacks.

All you need to do is download any android app, once you have it, Windroy will automatically recognize it.

Remix OS Player runs directly on Android 6.0 Marshmallow and what that means is Android apps from 6.0 down cannot run on Remix OS Player.

Remix OS Player allows you to run native Android Apps in your PC as well as support for Google Play Store.

Remix OS Player supports Windows 7/8.1/10 or higher. Remix Player is provided free of charge without any cost for download.

AMIDuOS is a lightweight and easy to use Android Emulator that allows you to run Android Apps easy on your Windows-based laptop.

AMIDuOS is not free of charge compared to Remix OS Player and Windroy. It offers a trial period of a month after which you must purchase the software.

AMIDuOS supports for Android Operating system starts from Android 4.2, 4.5, 5.0 and higher. Your best bet is to buy the complete version directly from the Manufacturers.

Genymotion is an advanced android emulator available free of charge for windows-based computers.

The good thing about GenyMotion is the advanced features found on the user interface. GenyMotion is capable of emulating any android app, games on different Android smartphones.

Pros: Easier for you to run your favourite apps on your phone, directly on your laptop pc.

Android emulators provide a very nice way of connecting with your favourite android games and apps on your pc. The advantages include synchronization of your contacts with your laptop, ability to connect with WhatsApp and many more.

Android emulators are almost exactly with the actual devices. You can even send and receive files on your laptop using Xender app. And what it means is you can store your files and create a backup on your laptop.