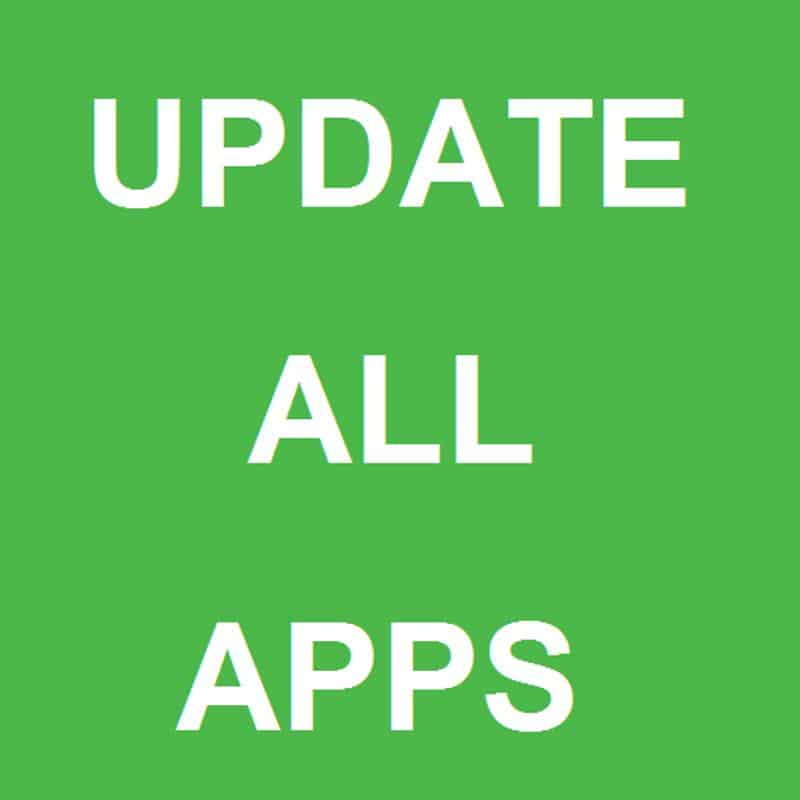 There are various approaches to update Android apps. You can do a manual update, automatic updates, and even update all apps at the same times.

You can update over the Wi-Fi and you can use mobile data to update your Android apps. However, either way, you will end up updating your Android apps to the latest version to fix app issues, bugs, and other technical errors.

Updating apps on your Android phone is very essential to keep the app up and running and making sure you are using the latest app. The newest version is always stable and better than the previous version.

Update All Apps on Android

Table of Contents show
1. Update All Apps on Android
2. Update all Android Apps on Computer
3. Update Apps List Over WiFi

Here is a step by step procedures to update all Android apps using your mobile data.

Note: It’s better to use Wi-Fi to update all your apps on your Android to minimize data consumption.

Now, all the apps that need to update will queue for the update after the first one while others are waiting. The time taken to complete updating all apps depend on your internet connection and the total number of apps that need to be updated.

Update all Android Apps on Computer

A similar approach can be used to update all Android apps at once on a computer directly from the Google play store.

Now, the update will hang in the air and it will not start updating instantly like the previous approach. However, the update will begin the moment you connect your smartphone to the internet.

That is how to update all apps on Android and on a computer without connecting your phone to your PC.

You can update apps list over Wi-Fi whenever you connect your phone to wireless automatically. The approach can be initiated before connecting to a WiFi and it can be done instantly when you are connected to a WiFi.

However, whichever way you choose to update apps list on your Android phone over the WiFi here is a quick approach.

With the above settings in place, your phone apps will begin to update once you are connected to Wi-Fi. This is automatic, you don’t have to re-initiate it again.