Facebook is gradually become video and media sharing center. People upload series of videos such as comedy, inspirational, warning, tutorial, etc to Facebook and they automatically play on Android. This can be really annoying when video start streaming while on Facebook without initiation. If this really sucked and got you annoyed well, you are not the only person irritated by it. Here we’ve come with a tutorial on how to turn off autoplay Facebook videos on your android.

Facebook introducing the autoplay feature early this year doesn’t only make a means of communication but the video would soon become a general feature on all Android phone using Facebook app to access the social network. The video will continue to play while you scroll up and down and paused the moment you scroll over the video and close the page.

The issue of Facebook autoplay video and sounds has gone beyond testing and trial. The feature has been fully rolled out and everybody is now experiencing it. Whether you are streaming Facebook on PC or on mobile video and sounds will start playing automatically and will not stop until you scroll passed it.

According to the latest update feature of the Facebook app for Android phone, the video does play automatically while scroll over. But while playing video with sounds it was found out that you can simply scroll over the video and mute the video to the right bottom of the play.

This also mute the sound but still play the video. However, the purpose of this tutorial is to make it possible for to turn off autoplay on Facebook videos and sound on your Android phone.

Despite all this you can still play around with your Facebook app settings for Android and turn off autoplay on Facebook videos on Android device.

How to Turn Off Autoplay Facebook Videos on Android

Should you want to turn off autoplay Facebook video on Android once and for all here is what you are to do to achieve this.

Fire on the Facebook app for Android phone and click on the ellipsis, that is the three vertical dot to the upper right of the page and click on app settings while you scroll down. 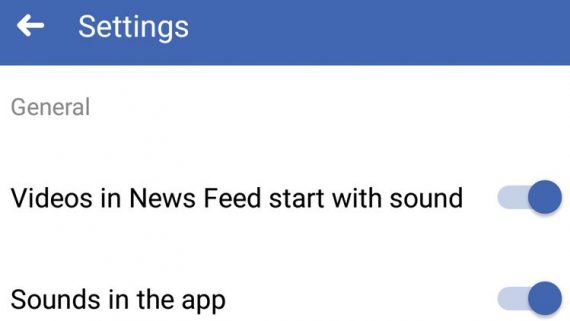 Once you toggle to OFF this video in news feed start with sound and sound in the app video on your Facebook time should stop playing automatically.

This same procedure also work for iOS device when you go through Facebook settings on your device and toggle to off videos in the news feed start with sound.

Another way to stop Facebook autoplay sound is direct mute of the video while playing. While this may not be that effective you may just choose never to play video on your Facebook account on mobile app. 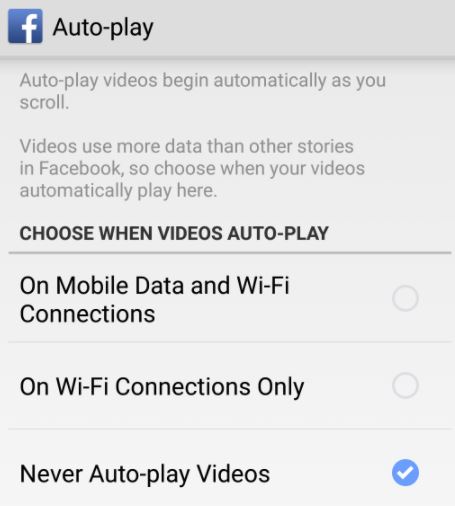 This option turn off autoplay Facebook videos on Android whether you are connected to Wi-Fi or mobile data is considered too strict it may help keep your timeline clean for tons of videos that consume your mobile data.