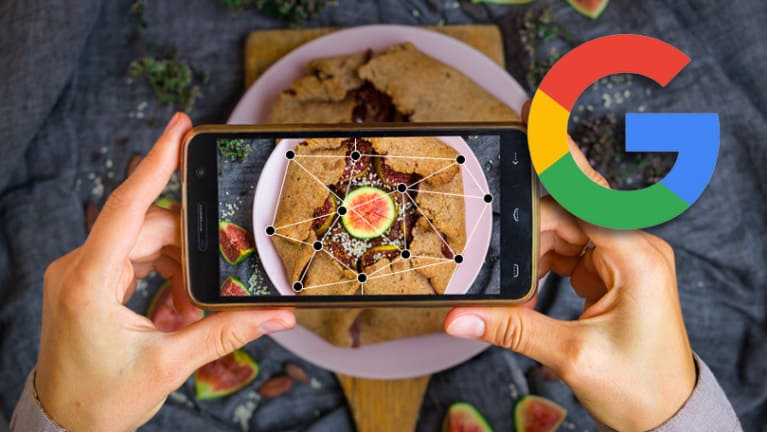 The thing with technological trends is, they are always evolving and making life simpler than ever. Google lens for iPhone is one such trend as it is a futuristic system for bridging the physical world around you and the digital universe on your device. It is one of Google’s best-kept secrets and can save you tons of time and effort. So, let’s learn all about Google lens for iPhone in this guide.

What is Google Lens?

Google Lens is an AI-powered technology that uses your smartphone camera and deep machine learning to not only detect an object in front of the camera lens, but understand it and offer actions such as scanning, translation, shopping, and more.

This image recognition technology was developed by Google and designed to bring up relevant information related to objects it identifies using visual analysis based on a neural network that was first announced during Google I/O 2017. It was first provided as a standalone app, but later became integrated into Android’s standard camera app.

At its core, Google Lens is best described as a search engine for the real world. It has been designed to use artificial intelligence in identifying text and objects both as images and in a live view from your phone’s camera.

After getting that done,  it then lets you learn about and interact with those elements in all sorts of interesting ways.

The catch is while  Google Lens can identify a flower, look up a book, or give you info about a landmark, those are some of the system’s mundane features as it has more mind-blowing capabilities.

How Google Lens was Introduced

According to Wikipedia, Google officially launched Google Lens on October 4, 2017, with app previews pre-installed into the Google Pixel 2. In November 2017, the feature began rolling out into the Google Assistant for Pixel and Pixel 2 phones.

Support for Lens in the iOS version of Google Photos was made on March 15, 2018. Then in May 2018, Google Lens was made available within Google Assistant on OnePlus devices, as well as being integrated into camera apps of various Android phones.

A standalone Google Lens app was made available on Google Play in June 2018. Device support is limited, although it is not clear which devices are not supported or why. It requires Android Marshmallow (6.0) or newer. On December 10, 2018, Google rolled out the Lens visual search feature to the Google app for iOS. This is why this article will be focusing on Google lens for iPhone.

Five Features of the Google Lens

Google Lens has some unique features which including the following.

1. It Copies Text from the Real World:

Remember when I said technology makes life simpler, this is one undebatable way, as Google Lens can copy text from the real world directly.

What we mean is, it can grab text from a physical document be it paper, a book, a whiteboard, or anything else with words on it, and then copies that text onto your phone’s clipboard. From there, you can easily paste the text into a Google Doc, a note, an email, a Slack chat, or anywhere else imaginable.

To get that done, all you need do is, just point your camera at the text you want to copy and head into the Google Lens mode. Tap on the text, and Lens will highlight it.

You can then simply drag to select whatever you want to copy, and then tap on the ‘Copy text’ button and that does it.

If you are one to always meet people who always hand you visiting cards, perhaps due to your job or business, then you should activate Google Lens’ abilities on your iPhone as it helps you to add contacts by simply scanning a business card.

This feature also helps in getting directions to a business by scanning their business card itself provided the businesses that are listed on Google Maps.

If you are a book lover, then you’ll surely love this feature.  Google Lens has added special support for books just like animals and plants. If you scan a book with Google Lens, it will throw you a summary, buying link, eBook suggestion, and of course, reviews and if the book is available in Google’s repository of Books then it would even allow you to read certain sections from the particular book.

This feature will also come in very handy for academicians and students as well.

This is another very important reason why you should have Google Lens on your iPhone because it enables you to keep a track of events, especially if you are an event vendor of some sort.

Google Lens is a sure way to keep you updated and better reminded of the events you have coming up from most recent to least recent. That way, you can get prepared and never disappoint your clients.

All you need do is, simply scan the ticket to the events and it will automatically suggest adding the event to your calendar. It’s a pretty handy feature that can save you the hassle of last-minute reminders.

5. Get Restaurant Reviews and Ratings

If you are to explore a city or maybe you travel often(work takes you around cities), then I guess you must have found yourself in situations where you’re looking at a bunch of restaurant store-fronts, unable to figure out which one to head into.

Google Lens or Google Maps find food can help there too. Simply point Google Lens at the store-fronts and it’ll identify the restaurants and bring up their ratings and reviews from Google Maps. So with the reviews you get to read first hand, it makes deciding whether to stop over that restaurant or to move along easy.

How to Setup Google Lens on iPhone

Google Lens doesn’t have its dedicated app on Apple’s App Store. Instead, its functionality is designed into two different Google apps, and deciding which one is best for you depends on how you plan to use Google Lens and on which device.

The first option is the Google app, which is the one we will be focusing on because it is the best option for an Iphone.

Google app gives you access to a whole range of Google services on your iPhone, including personalized news stories, sports updates, and timely information on the weather, as well as a full suite of Google search tools – including Google Lens.

Once you install the app, you’ll be able to use Google Lens with your camera in real-time on iPhone and can also search with images already saved to your camera roll.

How to use Google Lens Real-time on iPhone

If you want to search in real-time using your iPhone(real-time is the actual time during which something takes place), you start by;

How to Use Google Lens on Photos on your iPhone

Sometimes, it could happen that you already have the picture sitting pretty in your gallery. For instance, you spotted a mysterious insect when you didn’t have a strong data connection or you were hanging out with a group and something was served that seemed strange to you, so you took a picture.

Worry not, as you can easily use Google Lens to search with photos saved to your iPhone’s camera roll, any time. Using the Google app, start by

How to Improve Google Lens on iPhone for Search Result

Sometimes, it could happen that the lighting available either in real-time, or when you took your still photo was low, or perhaps, the object in question has an undefined shape,  that will make Google struggle to understand what it’s looking at.

As expected, Google might not be able to identify the object and this can either render the suggested search results useless or not accurate.

If you find that this is the case when using Google Lens on your iPhone, you can help to improve the tool by giving feedback.

To get that done, you need to scroll down to the bottom of the list of search results and you’ll see a query saying, “Did you find these results useful?” You can then tap ”yes” or ”no”. Saying no, then allows you to air your feedback detailing your issues, which should help make performance better in the future.

Pros of Google Lens for iPhone

Cons of Google Lens for iPhone