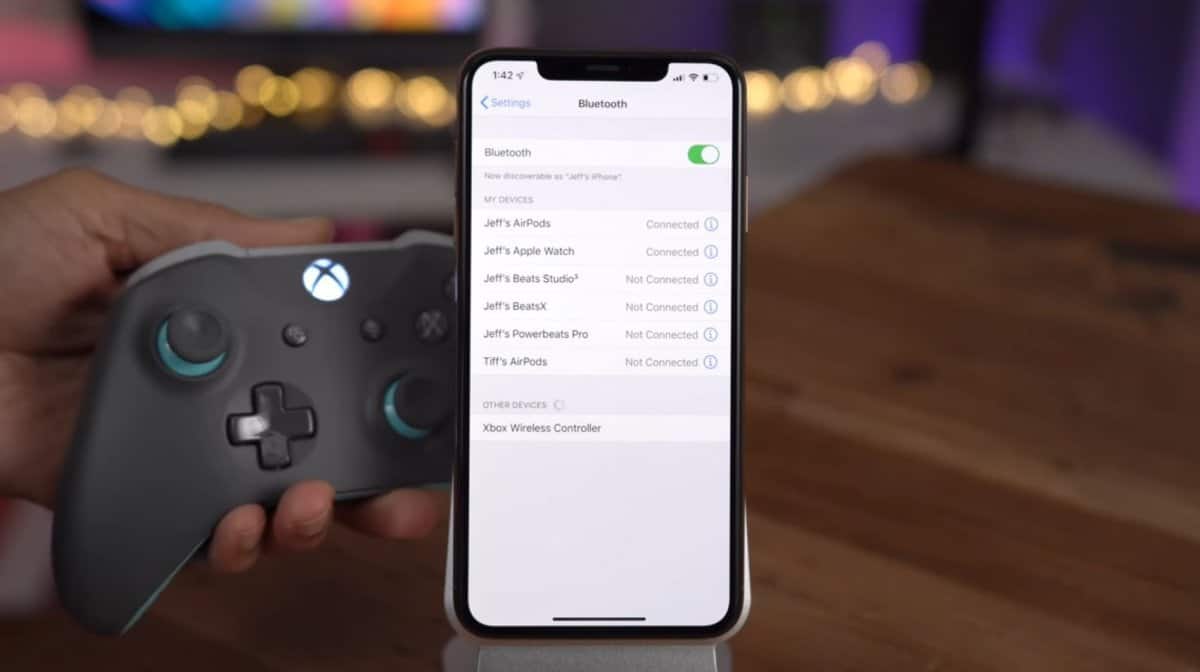 It was only after the release of the new iOS 13 version that Apple’s devices, such as iPhones, iPods, and iPads, were supported by Microsoft’s Xbox controllers. This implies that any latest Xbox controller can be used on an iPhone if you want to play video games that run on iOS.You do not need to hack, nor does the procedure require third-party hardware or some special cable of any type. All you need do is connect your Xbox controller to your iPhone in some straightforward steps that will be described below. So grab your iPhone and your Xbox controller and let us connect them!

As stated earlier, this is pretty much a cakewalk, and within a few minutes, you will be done. But before you begin, enable Bluetooth on your iPhone device and ensure that the latest version of iOS, which is the iOS 13 presently, is installed on the iPhone.

Now that you have a brief introduction, how then do you connect your Xbox controller to your iPhone?

Do note that only the Xbox controllers that support Bluetooth can connect to your iPhone.

The latest versions of Xbox controllers that support Bluetooth will have an audio jack. So if your controller is one of the newer models and has a traditional audio jack, you are good to go. Older editions of the Xbox controllers, however, have a square port instead.

This information is necessary because your Xbox controller needs to have Bluetooth capabilities if you are going to connect to an iPhone.

Another way of identifying an Xbox controller that supports Bluetooth is that it will have a plastic material that matches the controller’s color. This plastic is around the Xbox button on your controller. The controllers that do not support Bluetooth, however, have plastics that are the same color as the bumpers. The bumpers hold the RB and LB buttons on your Xbox controller.

How to Connect Xbox Controller to iOS 12 and below

Officially, connecting your Xbox controller to an iPhone device is supported by the iOS 13 version upwards. So if you are running on a version lesser, it is not this straightforward.

Therefore, if you desire to connect an Xbox controller to iPhone that has a lesser iOS version, you will need to do what is called a jailbreak on your iPhone. After jailbreaking, you will then install and app called the Cydia app, which will include functionality.

However, it is important for you to know that jailbreaking your iOS device will make the warranty void. Nevertheless, the iOS 13 version is a free update for almost all iPhones and iPads, so why go through all that?

Just update your device and simply connect your Xbox controller, as described above. The iOS 13 is made available to all versions of iPhones bar the iPhone 5 models and below.

Basically, it is possible to jailbreak these older models, but there is the risk that the device will not be powerful enough for you to play video games that make use of Xbox controllers or any controller, in fact.