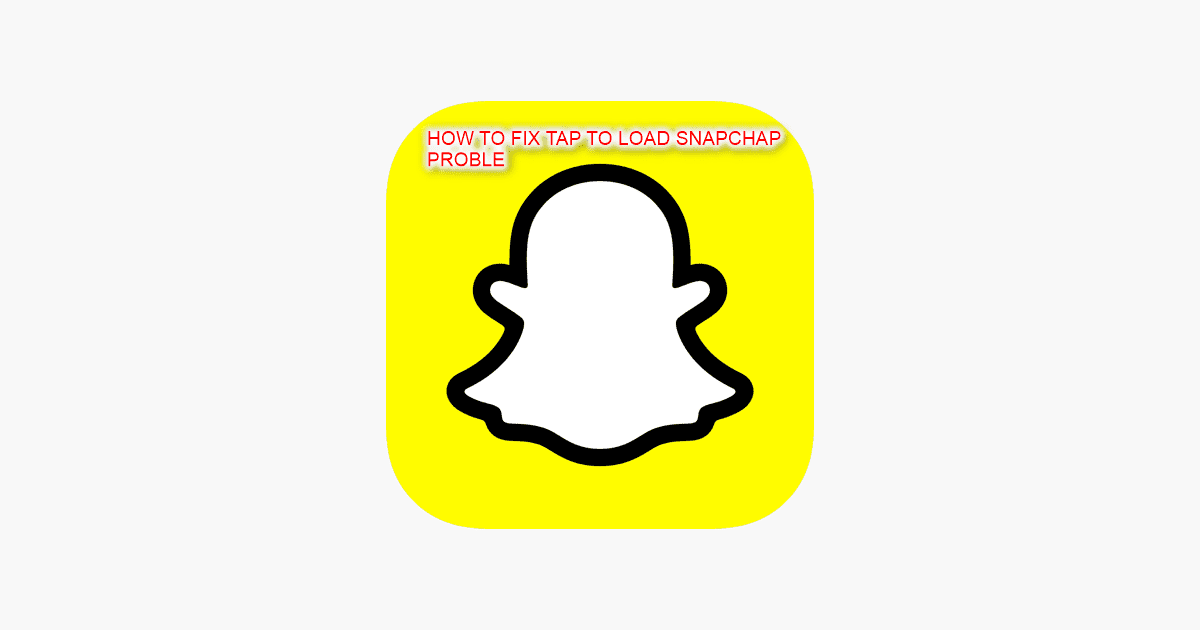 Of all Snapchat problem, the most common among them is the Snapchat camera not loading and the error prompting users to tap before it can load the camera roll.

So, if Snapchat load image feature isn’t working at the moment then you will not be able to share your images or short videos on your Snapchat.

Causes of Snapchat Tap to Load

Tap to load on Snapchat occurs due to a different reason. And it varies from one user to another. But, mainly, tap to load occurs on Snapchat where there is a problem with your Snapchat auto-download feature.

Snapchat download snaps automatically by default without tapping on the image. However, several users are complaining that the snaps are not auto downloading; meaning that they have to top to download them, and then view them manually.

There are issues that could cause “tap to load” on Snapchat. And the following are a few reasons why Snapchat is unable to download snaps automatically.

How to Fix Tap to Load Snapchat

Here are some the fixes to consider for the ‘tap to load’ problem that users are having on Snapchat. Try all of them, if one doesn’t seem to do the trick.

Disable Data Saver on your Snapchat

Snapchat inbuilt data saver function is called ‘Travel mode’. The feature helps to reduce data usage on Snapchat to help you save more data. You can enable the travel mode to keep the data saver mode on (3 days, seven days, or leave it until it’s allowed). If you used the option that says ‘Until Turned Off’ option, Snapchat would keep Travel mode on, until you turn it off. 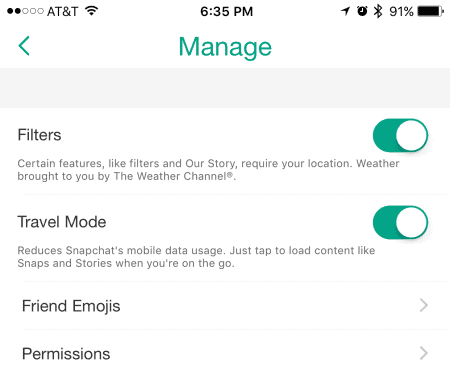 All Android devices have the option to optimize the apps on the system with or without a third-party app. This puts the apps to sleep to free up memory of the OS to run smoothly. But you know the old saying, a sleeping app does not access data (that’s not a saying.) So, to allow Snapchat to auto-download your snaps in the background, try turning off optimization for the app.

To disable optimization for the Snapchat app, follow the procedures below:

Turn off Phone Battery save mode.

Try disabling Battery saver mode on your device to allow Snapchat to auto-download all received snaps in the background section of your phone.

To turn off battery save mode, navigate to settings under Device Care > Battery > Power mode.

Note: Battery saver mode may go by different names like ‘Power mode’, ‘Optimization’, etc., depending on the device you use.

If you have enabled a data saver function on your device, this could cause your background apps to have limited or restricted data access. Similar to the above scenario, this could result in Snapchat not being able to auto-download your snaps in the background.

To disable the data saver function on your device follows the procedures below:

Note: The new Android 10 has a feature to allow a background app to access data even in data saver mode. Therefore, to turn on this “Settings” follow the procedures below.

Close the Snapchat and open it again. Or better still, press the menu button on your phone screen to load all opened apps and click on the trash can app to close all. Now, open the Snapchat app again to see if the tap to load Snapchat error still persist.

When you have excess cache in your Snapchat app it can cause the tap to load Snapchat error message. This also solves camera black screen problem and reset the app back to the original state. Clearing Snapchat app cache can be done either through the phone app settings or via Snapchat settings.

However, if you are a novice of this, follow the procedures below to clear and restore the Snapchat app to its original state.

To clear Snapchat app caches via phone your settings follow the procedures below.

Wait for a couple of seconds until you see successfully clear Snapchat cache.

For iPhone and iPad users, it is better to uninstall the Snapchat app and reinstall it to clear the app cache.

If the tap to load Snapchat occurs due to the cache file it will be refreshed and reinstate the app back to normal.

Another measure you should take to fix tap to load Snapchat glitch is to uninstall the Snapchat app and reinstall the app again. If the error is hidden in the app due to outdated version it will also help to fix Snapchat loading screen glitch error.

In most cases, if you set your Google play store app manager to automatically download new update whenever it’s available you would be notified.

However, to manually update the Snapchat app on your Android phone in abid to fix Snapchat loading screen glitch follow the steps below.

If you are still faced with a tap to load Snapchat glitch while loading image on your Snapchat screen, clearing your conversation with the Snapchat user whose Snapcht loading screen could also help to fix this glitch.

However, this attempt deletes both send and received snaps with the Snapchat user. To retrieve all conversation after clear them, do make a backup file for your Snapchat conversations.

Tru this approach to see whether the Snapchat loading screen or tap to load Snapchat glitch is fixed.

Remove the Friend and Add Again

Another method to solve your Snapchat video loading problem is to remove the friend and add back. This is just like the approach to clear conversation with the friend. However, this should be with whom video share stuck in loading screen or that requires a tap to load.

Note: You can re-add the friend if the glitch is fixed. But, if adding the friend brought about Snapchat tap to load or Snapchat loading screen, you can keep the friend at arm’s length.

Now, the Snapchat loading screen or tap to load Snapchat glitch with the removed friend will be cleared.

Here we are now. With the above steps, you can easily clear the Snapchat tap to load image or video error.