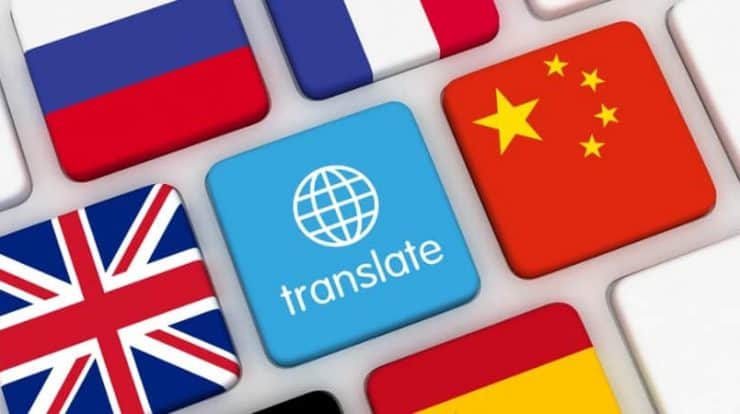 When you move to a new country for travel, any business trip, and language becomes a barrier, you’ll see the need for Language Translation Apps For Android & iOS immediately.

A good translator app for your Android device can become helpful help in this regard. It eliminates the challenge of mastering a new language. These apps will provide support to speak, read, and understand unknown words instantly.

The language barrier remains an obstacle. Thanks to the many language translation apps and services, communication, and understanding between people in different languages ​​is now easier. Not all translation apps are created equal. Some are better than others. Here are the top Best Free Language Translation Apps For Android & iOS that stand out among all the language-translation systems available today.

Here are the best and most-used apps to translate languages on Android and iOS phones.

Google Translate is the product of the world’s first Internet company, so it’s not surprising that it is so popular and relied on by most Internet users around the world. When you talk about language translation online, it’s hard not to link to this Google Translate app quickly. It is even # 1 in the apps reference category in the iOS app store.

Google Translate is one of the most advanced, if not the most advanced, free translation software. It is the result of years of development and the latest relevant technological developments. These are reflected in the full range of features that the application offers. It can handle text translations in more than 100 languages and is even able to translate offline in 59 languages. Also, it can perform translations of text and numbers as captured by the device’s camera (camera translation) or by analyzing an image or image that is entered into the application (not captured by the camera).

The conversation translation feature in this app allows two people (who speak different languages) to communicate by voice through their smartphone (with Google Translate installed) while translating their voices in real-time while speaking.

SayHi is called “audio translator for all”. It’s a free app for iOS and Android that has rounded up major traditional and global media outlets like NBC Today show, TechCrunch, Lifehacker, and Gizmodo.

It comes with a camera translation feature, which works with the central Asian characters (Japanese, Korean, and Chinese). It can perform text, voice, and conversational translation. It is also able to copy and share translated texts via e-mail, SMS, and social media. The sound of the speech translator can be set to male or female and can be slowed down for easier emulation. This is a great feature for those who want to learn how to speak a new language. This feature-rich translator can use offline mode, though, just like most other major translator apps.

A free app for translation and a language dictionary that performs text-to-text and audio conversion as well as text-to-audio translation. With over 100 supported languages, iTranslate is an easy-to-use communication tool while you travel to different parts of the world.

ITranslate is loaded with many useful features, including transliteration, translation sharing, the ability to keep favorites and translation history, as well as male and female subtitles. Also, this app features a visual dictionary and a phrasebook.

You need to upgrade to the premium version of the app, though, if you want access to camera translation, conversation translation, verb conjugation guide, website translation, and offline features.

Announced as the ultimate tool for international travelers, TripLingo is like the interactive phrasebook that comes with instant speech translator. It is designed to handle almost everything a traveler needs when traveling to a country in a different language.

Regardless of its ability to translate in 19 languages, it provides a phrasebook with tens of thousands of entries in 13 languages. The app provides professionally recorded translation audios with standard written pronunciation guides. It also comes with an offline dictionary, audio lessons for learning the language, plus flashcards and quizzes.

Other useful features for travelers are TripLingo Tip Calculator, Currency Converter, and the ability to call US numbers via Wi-Fi or data connection. The app also provides a “culture crash course” to help users learn about local customs and manners in specific countries.

Microsoft Translator is another massive translation app, which is a free personal translation app that can translate text, voice, conversations, and images. It can perform both online and offline translation in more than 60 languages. Just like Google Translate, you need to download language packs to enable offline use.

The image translation feature in this application can analyze the photos taken by the device’s camera, the images uploaded to it, as well as screenshots to discover texts and create the required translations. It also comes with a multi-property chat translation feature, which allows up to 100 people who speak different languages ​​through the app, with their sounds automatically translated.

Moreover, Microsoft Translator has a rich phrasebook as well as pronunciation guides, which are useful for those who want to learn how to speak basic foreign language phrases you often encounter while traveling. You can hear the translated phrases aloud or view the translations to help you speak and remember foreign words or phrases better. Besides, this app can share translations with other applications and perform text translations while accessing other applications through the context menu.

The camera/photo translation feature in Microsoft Translator is not new, but it works well. It’s not perfect, but it’s one of the best apps for this technology.

Papago is a free translation app that targets travelers as well as those who travel abroad on business or study trips. Only 13 languages ​​are currently supported (English, Japanese, Korean, Spanish, French, Thai, Vietnamese, Indonesian, Russian, Italian, German, Simplified Chinese, and Traditional Chinese). However, it does provide interesting and useful features that make it worth a try.

It can perform real-time text and voice translation, chat translation, and image translation. It also has a common phrasebook and language dictionary. The application can be run in three modes: chat, offline, and automatic currency conversion. It also has a Papago Kids feature, designed to learn the primary language with flashcards. Besides, Papago has an exciting way to solve situations where there are more than one possible translations: displays images so that the application user can choose the intended context.

Linguee is essentially a dictionary app available for iOS and Android devices. It can be downloaded from the Apple App Store but appears to have been crossed out from Google Play. However, it is one of the good mobile translation solutions to consider.

Linguee is developed with inputs from over 400 glossaries and is a free and reliable app for a free language translator. However, it has limited language support. Only translations to and from English, French, Japanese, Dutch, German, Russian, Spanish, Polish, Italian, and Simplified Chinese are allowed.

Linguee has Google’s auto-suggest search feature, as the app predicts the words and phrases you’re looking for as you type the first few letters in the search box. It also detects spelling errors and suggests a possible term or phrase “correct” that you want to find.

Moreover, Linguee comes with Offline, Pronunciation Guides and Examples. You can use Linguee without an internet connection, provided you download the necessary language packs. Pronunciation guides in written and audio formats. The phoneme guides are recorded by professional speakers. On the other hand, the “example examples” feature helps users learn how to use words and phrases in a new language.

How To Download & Install Minecraft Modpacks Using The Twitch App