That you can move columns in Excel is a great advantage when processing long strings of data in Excel. You can easily move a column to another column regardless of whether the other column contains data or not. You can also move a column so that it is inserted somewhere else on the sheet next to other columns. 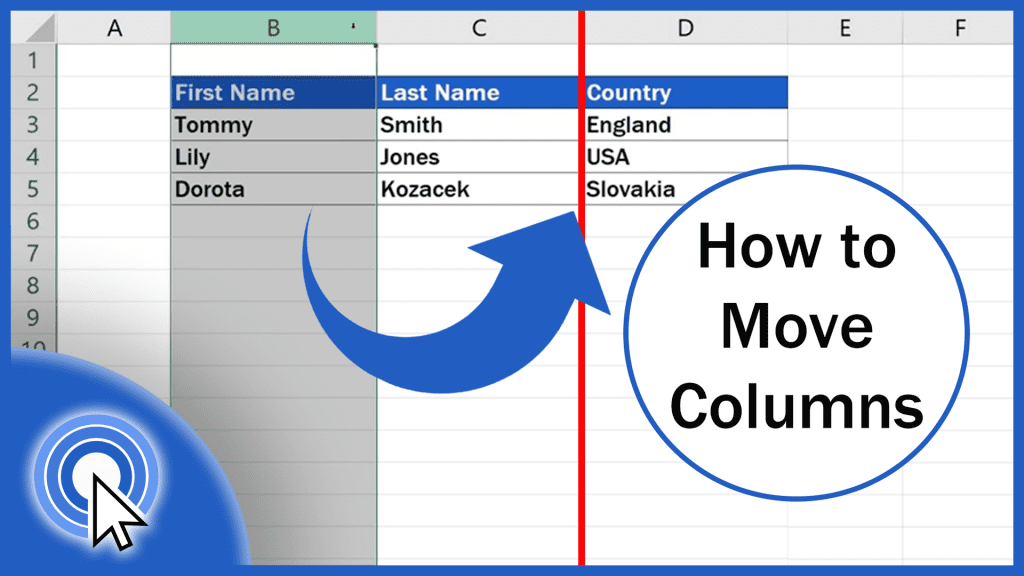 If you use Excel spreadsheets frequently in your daily work, you know that regardless of the logical and well-thought-out structure of a spreadsheet, you have to rearrange the columns from time to time. For example, you may need to swap some columns to display your data side by side. You can, of course, try to hide neighboring columns for a while, but this is not always the best approach as you may also need to display the data in those columns.

Surprisingly, Microsoft Excel doesn’t offer a direct way to do this general process. If you’re trying to just drag the name of a column, which seems to be the most obvious way to move columns, you may be confused that this won’t work, but don’t worry, we’re here to help.

Overview of How to Move Columns in Excel

With Excel, you can move, organize, and edit data in individual cells and columns quickly, easily. If you want to rearrange the way data is displayed by moving a column, there are two ways.

The number one thing is to move the column so it can replace another column. This is ideal for moving a data string into an empty area and expanding its sheet. The other way to move a column is to simply drag it between two existing columns of data.

How to Move Columns in Excel

Here is a step by step tutorial on how to move columns in an excel.

1. Select an entire column by clicking the column heading to display a down arrow in the data cells. 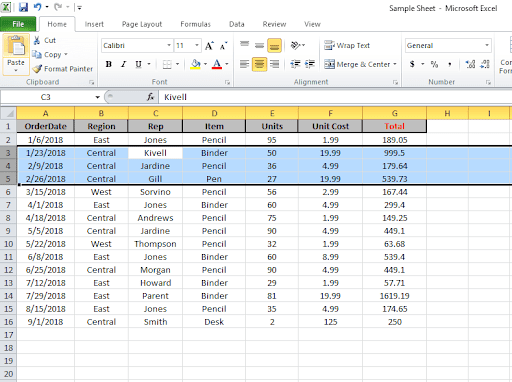 2. Move the cursor over the line between the header and the data so that it becomes the move cursor, which is a four-pointed arrow.

3. When you see the move cursor, click to grab the column and drag it to move it to another location.

4. If the target column already contains data, a pop-up window will ask if you want to overwrite the data. 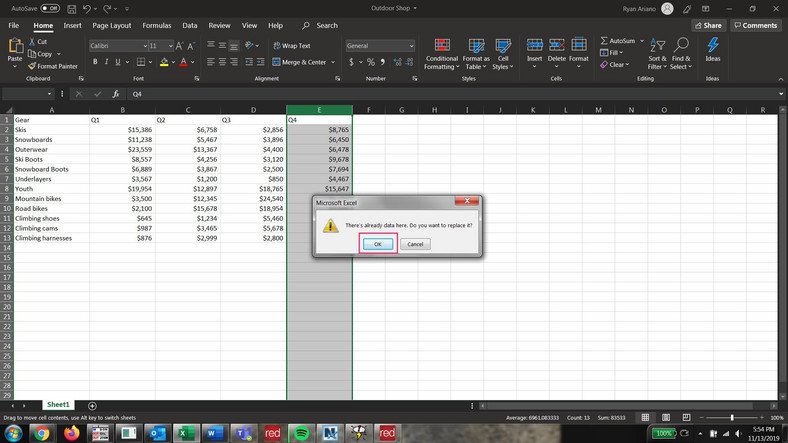 5. If you move the column to an empty location, its format will also change, leaving your previous column blank and resetting the default settings. 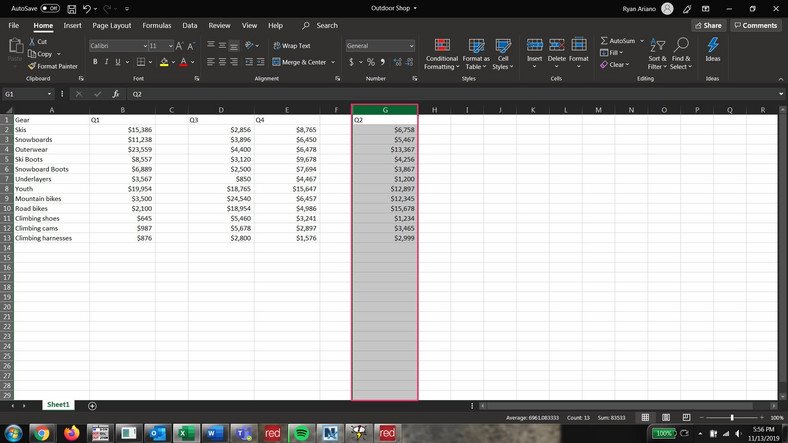 In case you do not want to move an entire column in your Excel, you can switch between existing columns to suit your need.

1. Select a column by clicking the column heading to display an arrow pointing down.

2. Move the cursor over the line between the header and the data so that it becomes the move cursor, which is a four-pointed arrow.

3. Hold down the Shift key on your keyboard. Shift-click the column you want to move.

5. If you do this correctly, two copies of the column name you want to insert should appear separated by a colon. For example, if you try to move the new column next to column D and insert it successfully, you will see “D: D.”

6. Release the mouse, and the column is placed in the new position of the document.

If you’re looking for a quick and reliable tool to change the columns of your Excel spreadsheets, the column manager included in our Ultimate Suite deserves your attention. You can change the order of the columns during operation without having to manually copy/paste or learn a handful of links.

If Ultimate Suite is installed in your Excel, click the Colum Manager button in the Manage group on the Ablebits Data tab:

The Column Manager window appears on the right side of the Excel window and displays a list of the columns that are in your active worksheet.

To move one or more columns, select them in the panel and click the up or down arrow on the toolbar. The first moves the selected columns to the left of your sheet, the second to the right.

All manipulations you perform in the Colum Manager control panel are performed in your spreadsheet at the same time, so you can see all changes visually and have complete control over the process.

Another wonderful feature is the ability to move a single column or multiple columns to the beginning (far left) or end (far right) of the table with one click.