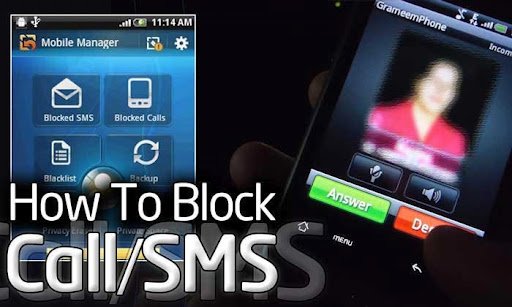 Call blocker apps help to block and identify incoming numbers that are not saved on your phone or an unknown contacts. With call blocker apps you can block a certain number from calling you and you can also put the number into your blacklist for a certain period.

Using a phone is fun but being disturbed by unwanted calls or unknown caller is highly irritating. It personally pissed me off. At times, when Truecaller identify the caller’s name and I found out that it’s from an unknown person, I may try to call back and the person not picking, the next thing I often do is to block the number. Sometimes, on my Android phone, I often use free call blocker app or I block the unknown number straight without using call blocker app.

Meanwhile, if you are looking for call blocker app to transfer the list of blocked calls on your phone to another phone, calls blacklist app is probably not the right app to think about this time, as this is the only feature this app is missing.

Call blocker free helps to block unwanted SMS and disturbing incoming calls from the unknown caller. If you ever wanted to put your block an annoying callers’ number or customize how the number rings when it calls your phone number, all you need to do is create a custom call block and add the number to it.

The core feature of this app will help you to block many unwanted calls if you have so many of them on your list. It’s still just like first call blocker app, you cannot transfer call block list from device to device.

This is yet another popular call blocker app with a lot of features. The call blocker app can blacklist and whitelist number at the same time. To block annoying calls from either a known or an unknown caller, just download call blocker app and add the number to your list of the blacklisted phone number.

There is also an additional feature to block incoming SMS on your phone. To block an incoming SMS from an unknown number you have to authorize the app to SMS from the number else it will only block calls and SMS conversation will not be blacklisted.

When you compared this call blocker with other mentioned above, the whitelist feature is a feature you cannot but enjoy.

This app appears to be a multi-task Android app when it comes to blocking incoming calls on Android phones using app blocker. The app is free yet it’s one of the best call blocker apps you can see in Google play store with 4 different modes.

It’s true that you can block both SMS and incoming calls using the app but the blocking can be categorized into 4 different categories which are Blacklist, All except Whitelist, All Except Contacts, All Numbers or Disable.

Each of the categories has its own feature and work differently. Take, for instance, the “All Except Contacts” feature will block all incoming numbers that are not saved on your phone contact even when you didn’t add the number to your blacklist.

The Mr. Number call blocker does more than you can imagine. The primary feature of Mr. Number app is to block incoming call and SMS from all unwanted numbers.

The call blocker app also shows the list of numbers that are blocked using the app. The only missing feature is the app is that you cannot transfer call block list from one device to another informed of call block backup that can be restored to another phone.

Truecaller – Caller ID & Block is a popular call blocker app and callers identifier. Truecaller is among the best free call blocker app in play store with tons of features other than block unwanted calls and unwanted SMS from known and unknown numbers.

Mainly, people use truecaller to identify who calls but the main feature of Truecaller is to block annoying calls and SMS on your phone. While you can use your phone to block incoming calls, truecaller app offers a handy way of blocking multiple annoying callers at a time.

Truecaller isn’t just a popular call blocker app among Android users, it has tons of feature which include features to identify callers’ name, callers’ location, among others. To know more about this free call blocker app just download and install it.

Block SMS and call app is incredible few of the best Android apps to block annoying call on your phone with a single tap. The app single-handedly helps to block unwanted call and SMS adding them to the app blacklist.

The block SMS and call app have a feature to roll back who called you without calling them back but revealed their true identity whether it’s a number you have on your phone or not.

Extreme caller blocker app has a unique feature which makes it different from other of the free call blocker mentioned above. The extreme call blocker goes head-to-head with truecaller app to block incoming calls and SMS on Android phones. However, the most outstanding feature of the app is the feature to backup blocked calls to your phone MicroSD and restore it to another device.

The extreme call blocker backup feature enables users to backup blacklisted list and restores it to another device when you change your phone. With this feature, you no longer need to add the same set of numbers to your phone or app block list again. All you need to do is restore blacklisted list from your own.

In the same way, the app feature to backup all blacklisted contact to the cloud such as DropBox

Root call blocker is probably one of the best free call blocker apps you will not want to try if you can’t grant your phone a root access. The only disadvantage of this app is that it only works with a rooted phone to block incoming calls and unwanted SMS.

The call blocker app makes a record of when each call are blocked so that you can check and see when you want to check the list of blocked incoming call on your phone. But to enjoy this blacklisted call recorded you has to root your device.

The master call blocker app cannot be used to block incoming SMS, it is mainly for blocking incoming call on your device. 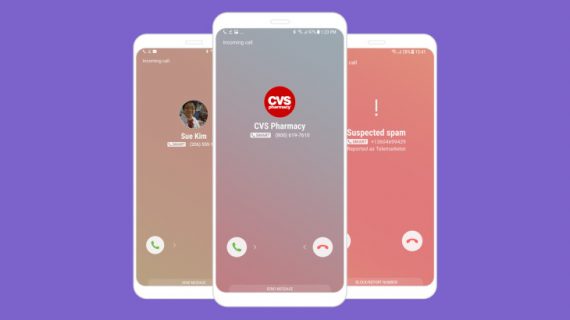 The app has helped over 3 billion callers to check and block spam calls and spam messages on smartphones. And don’t be surprised that your own phone number is among the billion numbers analyzed by Hiya app.

Although the Hiya call blocker app is not available in play store but can go a long way to help identify a spam caller and add it to a block list of your phone blacklist.

12. Should I Answer Call Blocker App 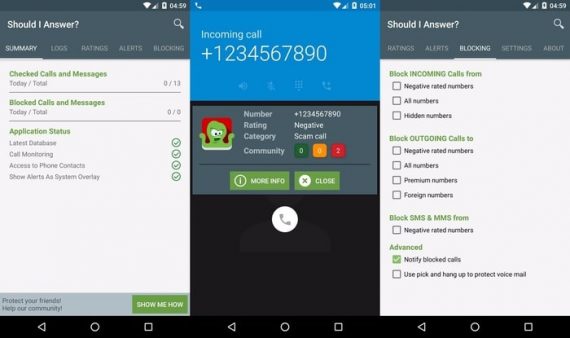 Don’t be surprised by the name of the app. Should I answer is a popular call blocker for Android phones that block incoming calls and text messages from annoying numbers.

The “Should I Answer” app work in such a way that all incoming calls are filtered into categories and identify numbers which are probably spamming your phone or trying to disturb you. With this app filter and number categorization, you can simply say which number is disturbing you or not.

Once the number is identified, all you need to do is go to the app blacklist settings and add the number to your blocklist. 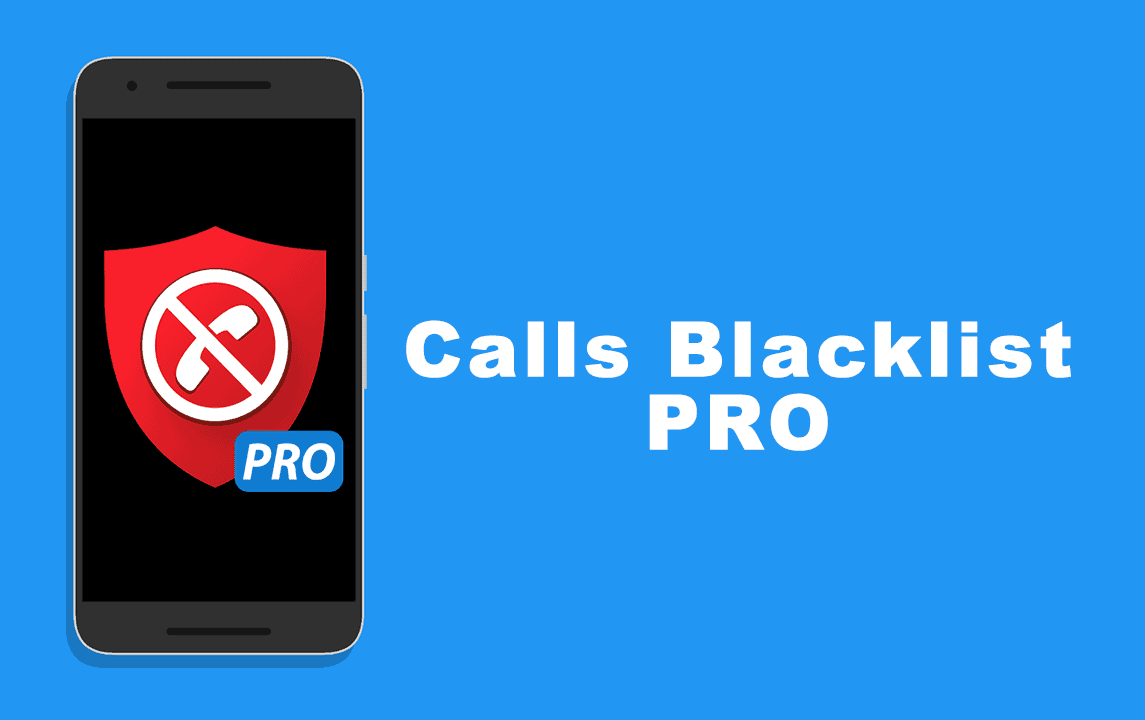 Calls Blacklist Schedules Call Blocking app is an app you will lock to use. In fact, the app is good for office work most especially if you are the busy type.

While you don’t need to block numbers on your phone through the day you can schedule the time to block a specific number using the app. And during this hours, all incoming calls and text from the number will be rejected automatically.

While you don’t have to tarry to disable and enable the call blocking feature in this app, the app also features a function to let numbers you want to block only rings for a period of time after which it will be blocked by the call blocker. With this call blocker for Android phones, you can also filter and block incoming calls starting with a certain code, say +68 or +234. 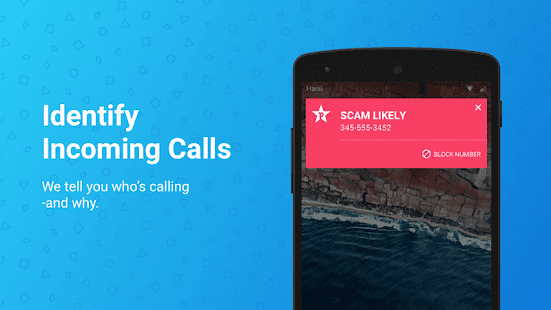 This is another popular incoming calls and messages blocking app for Android phones. The Call Control Collects Scam Numbers makes it easy to identify and block any number disturbing you. While these numbers may not really be spamming but any number considered disturbing can be blocked using the call control collect scam numbers app on Android phone.

So if you need an app to block a local network number disturbing you, you should consider installing this app. 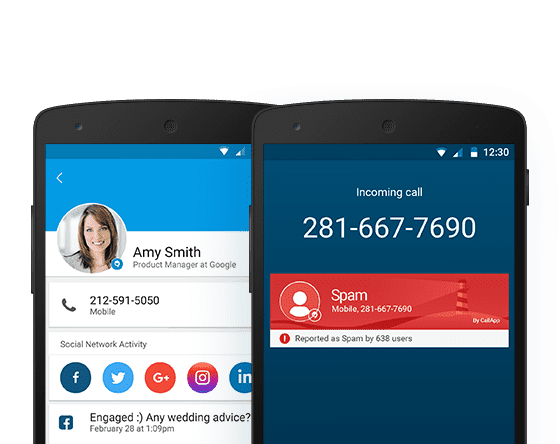 This app works just like the truecaller app for Android phone. What this app does before it blocks numbers and SMS on your phone is to the first lookup for the owner of the number and tell whether the number is a scam or not.

The moment a call enters your phone, the CallApp crawler will first analyze it and see whether the call is save to pick or not. However, this happens also analyze saved the contact. Also, it analyzes your contact when you try to call someone else who installed the CallApp crawler.

Off the call blocker apps in the Google play store to block and identify incoming calls these are the top list, they are tested and trusted for users. If the list is missing your favorite call blocker app kindly share your in the comment section or point out the best in the list. 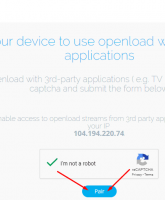 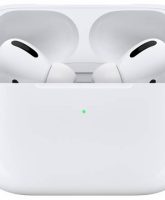 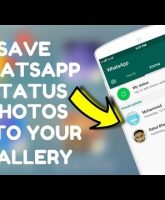 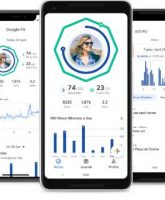 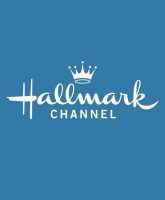